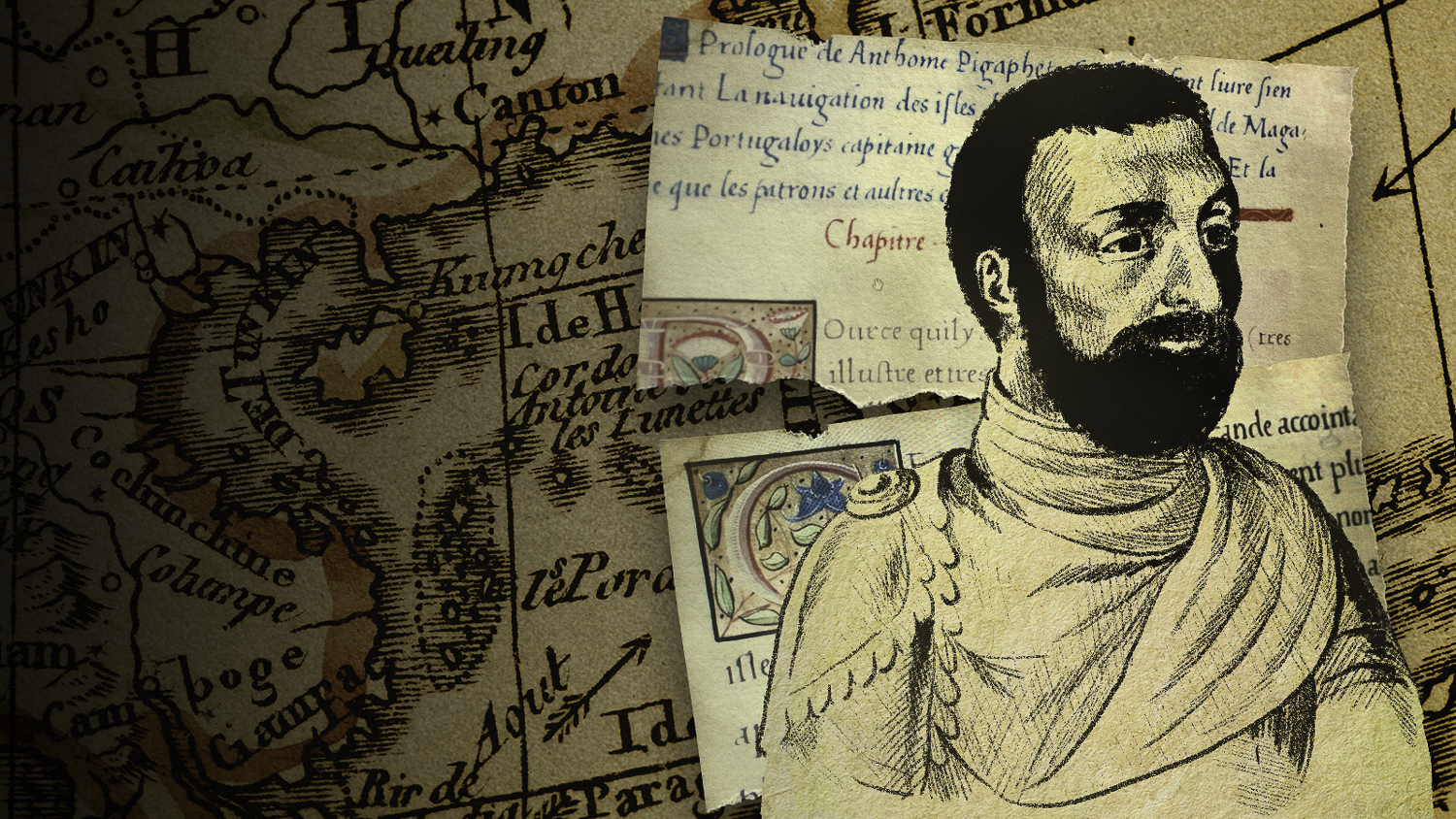 On September 8, 1522, the crew of the Victoria cast anchor in the waters off of Seville, Spain, having just completed the first circumnavigation of the world. The rest of the fleet was gone: the Santiago shipwrecked, the San Antonio overtaken, the Concepcíon burned and the Trinidad abandoned. Of the 237 sailors who departed from Seville in 1519, only 18 returned aboard the Victoria. Magellan was not among the survivors, having been killed in the Philippines, a tragic victim of his own religious conversion zeal and bellicosity in the face of indigenous resistance. One of the survivors, Antonio Pigafetta (#1 above), a young Italian nobleman and diplomat had joined the voyage as a volunteer, eagerly embracing the role of personal assistant to Magellan and served as official chronicler of the expedition. Fortunately for us, Pigafetta not only survived the harrowing voyage but he recorded “all the things that had occurred day by day during our voyage” in wondrous detail. His accounting of the expedition is the only complete narrative of the expedition that exists and is considered one of the most important geographical documents of the Age of Discovery.

Four manuscript versions of Pigafetta’s journal survive, three in French and one in Italian. Pigafetta also made 23 beautiful, hand-drawn color maps, a complete set of which accompanies each of the manuscripts. Pigafetta’s journal became the basis for his 1525 travelogue, The First Voyage Around the World, which he designed and illustrated. Shown here (#2) is Pigafetta’s map of the Strait of Magellan, as reproduced in Carlo Amoretti’s 1800 edition of the only Pigafetta manuscript in Italian. Amoretti (1741–1816) was an Italian priest, writer, scholar, and scientist, who, as a conservator at the Biblioteca Ambrosiana in Milan, discovered the manuscript, which was long thought to be lost. Amoretti published the Italian text with notes in 1800, and a French translation the following year. The map depicts the southern part of South America, including the Strait of Magellan, discovered on the voyage. I’ve also provided a two-page spread from Pigafetta’s book to give you a sense of its beauty.

Dr. R.A. Skelton (formerly Superintendent of the Map Room at the British Museum), who prepared the excellent translation and commentary for the reprint of Pigafetta’s book, notes in its Introduction that Pigafetta “brought to his task of recording a capacity for keen observation, sympathetic interpretation, and expressive communication of experience, which enabled him to produce one of the most remarkable documents in the history of geographical and ethnological discovery.” Another scholar wrote; “It is a work that is intent on wonder. On astonishment. In travel writing, one often must recreate the first moment of newness, that fresh sense of awe, on the page for the reader; Pigafetta does it again and again, by reveling in odd and odder bits of detail.”

In addition to recording shipboard life and navigation maneuvers, Pigafetta documented the night sky and cosmology, plants and animals, indigenous cultures and customs, languages and the geography of lands and seas never before seen by Europeans. On the far side of the Pacific, the fleet discovered the Marianas archipelago, and some three hundred leagues further west, the Philippines. What Magellan’s expedition achieved and what Pigafetta saw and recorded so well, forever changed our concept of the world and vastly enlarged our knowledge of it. This remarkable narrative brings the entire expedition to life. William Shakespeare seems to have been so inspired by Pigafetta’s descriptions of Patagonia (named by Magellan) and the character Setebos, a deity invoked by the Pathagoni (Magellan’s name for the indigenous tribe of “giants”), that the deity makes a cameo appearance in The Tempest. In our next ePostcard, Magellan’s Voyage into the Unknown, I will interweave several short excerpts from Pigafetta’s journal in telling the expedition’s story.

Credit (#4): This finely engraved and beautifully hand-colored original map of the Straits of Magellan, Le Maire Strait, Fire Lands and the southern tip of Patagonia was published in the 1639 French edition of Mercators Atlas by Jan Jansson and Henricus Hondius. 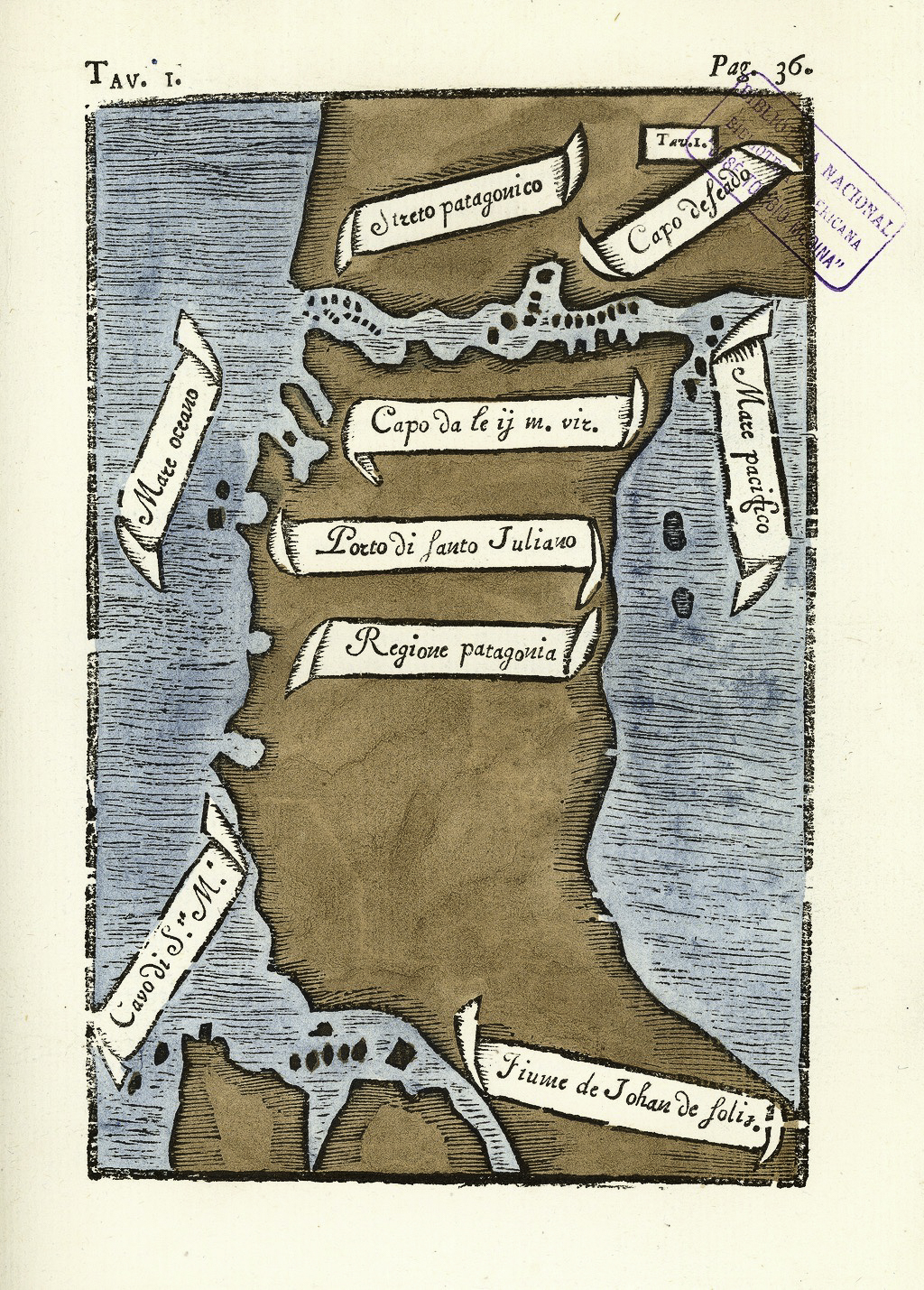 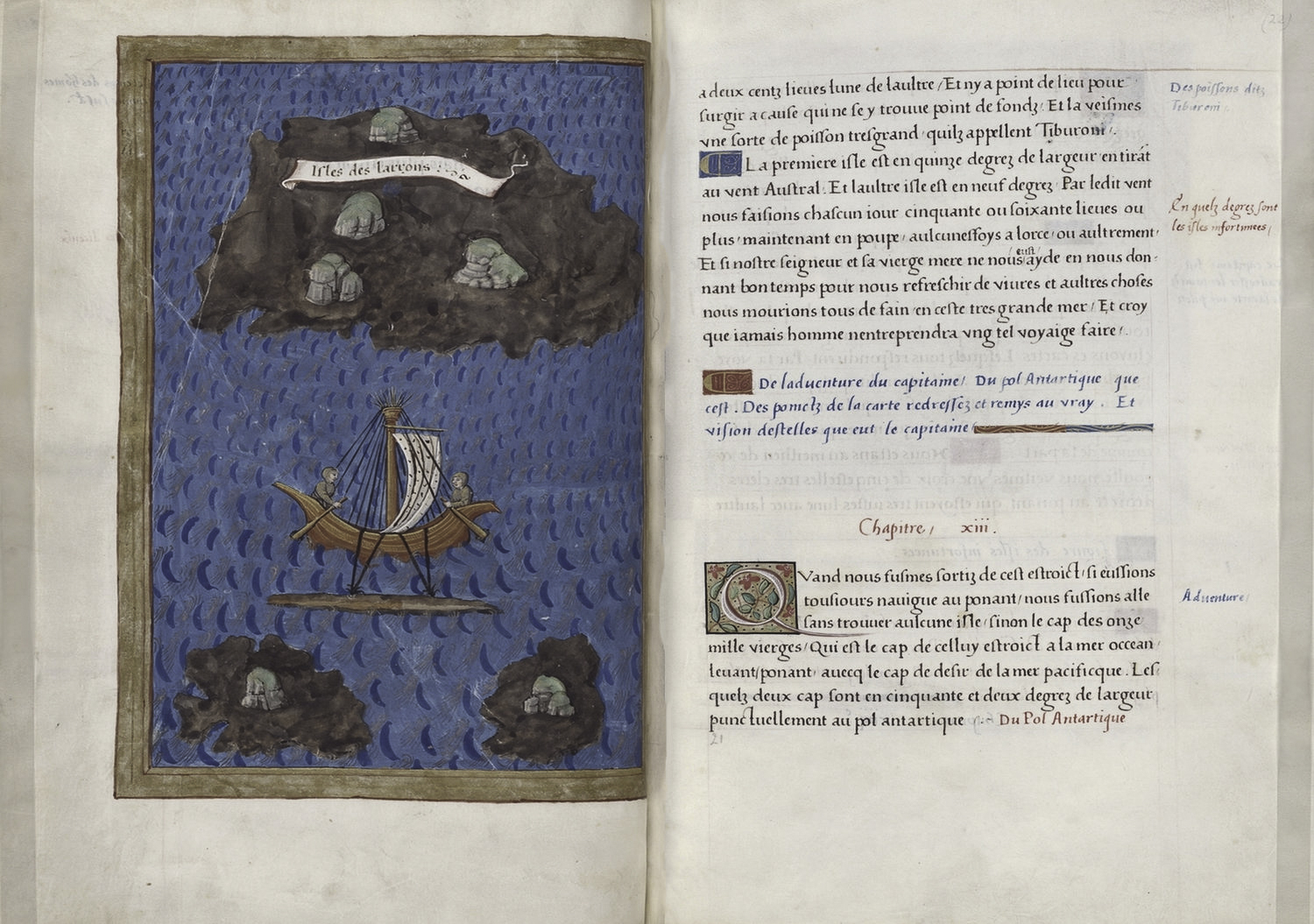 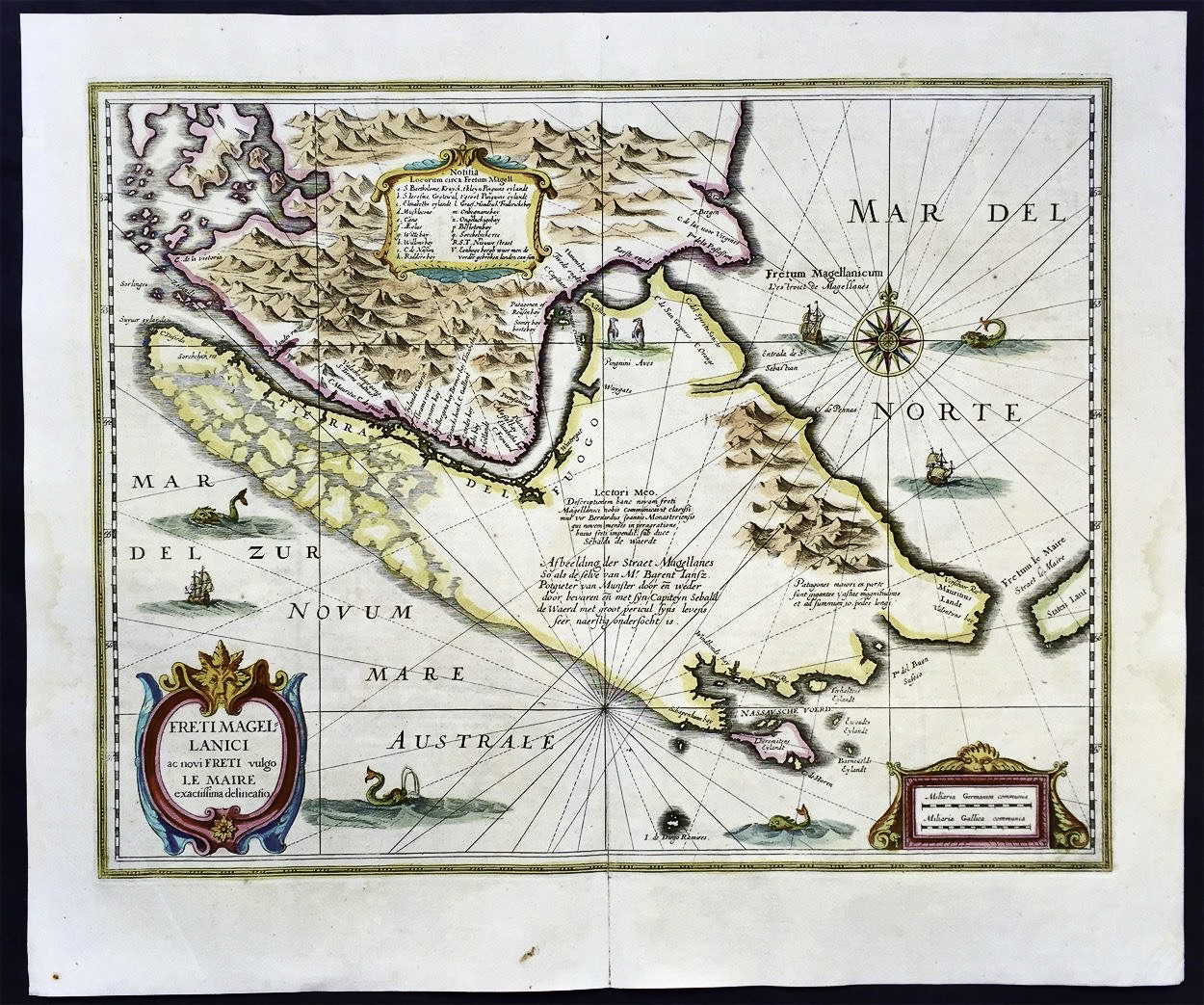