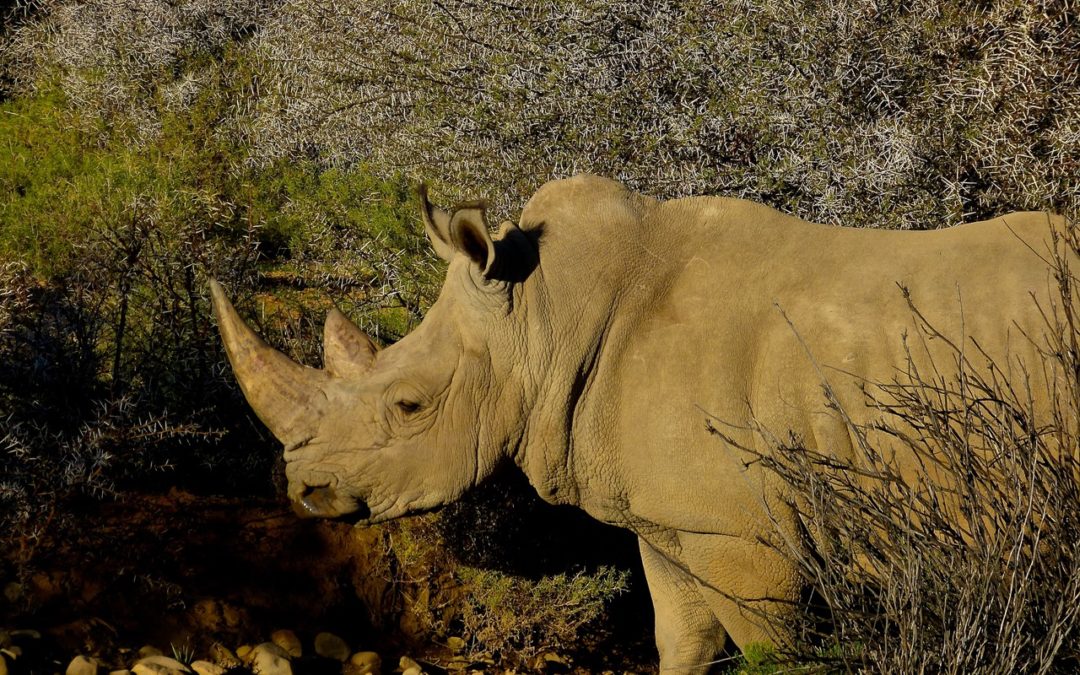 During my 40-year career as a naturalist guide, I’ve often been teased for my bias towards exploring remote islands in Polar regions, glaciated landscapes almost anywhere, and iceberg-dotted fjords. I’d been fascinated by Africa since childhood, but the task of creating an in-depth natural history experience for Cloud Ridge—as opposed to a “snapshot” safari—was daunting. When my dear Argentinian friend and colleague, Carol Passera, introduced me to Patrick Cardwell, one of South Africa’s foremost naturalists, I knew that our 5-week trip would be transformative and unforgettable. My daily e-postcards this week will focus on South Africa and Namibia.

The rhinoceros was once the undisputed guardian of the thorny, heat-shimmering grasslands of the southern African veldt. A brief visit to a private wildlife reserve in South Africa in 2012 opened my eyes to the desperate efforts underway to protect both species of African rhino: the white (or square-lipped) and the black (or hook-lipped). The rapid decline in the populations of both rhino species, but especially the black rhino, is the direct result of relentless poaching for their horns. Until recently most of the horns found their way to Yemen, where they were carved into dagger handles for tribesmen, and to the Far East where they are ground up for use in traditional medicines.

Over the past couple decades, rhino conservation efforts on South African preserves have included cutting off the horns (they do re-grow) or injecting the horns with poison as a deterrent to would-be poachers. Although this may help, efforts to direct substantial resources towards anti-poaching surveillance and arrests finally appears to be working. Illegal killings of rhinos in South Africa are on the decline. In 2019, poachers killed 594 rhinos, down from 769 in the year prior, according to South Africa’s Department of the Environment, Forestry, and Fisheries. This encouraging news is a result of the combined efforts of government, private, community, and non-governmental organization partners. Although the reduction in poaching numbers is a positive sign, rhinos remain under threat from organized crime syndicates and the lack of suitable places for rhinos to live and thrive in the long-term. For further information, I would encourage you to read the excellent book Horn of Darkness: Rhinos on the Edge by Carol Cunningham and Joel Berger. 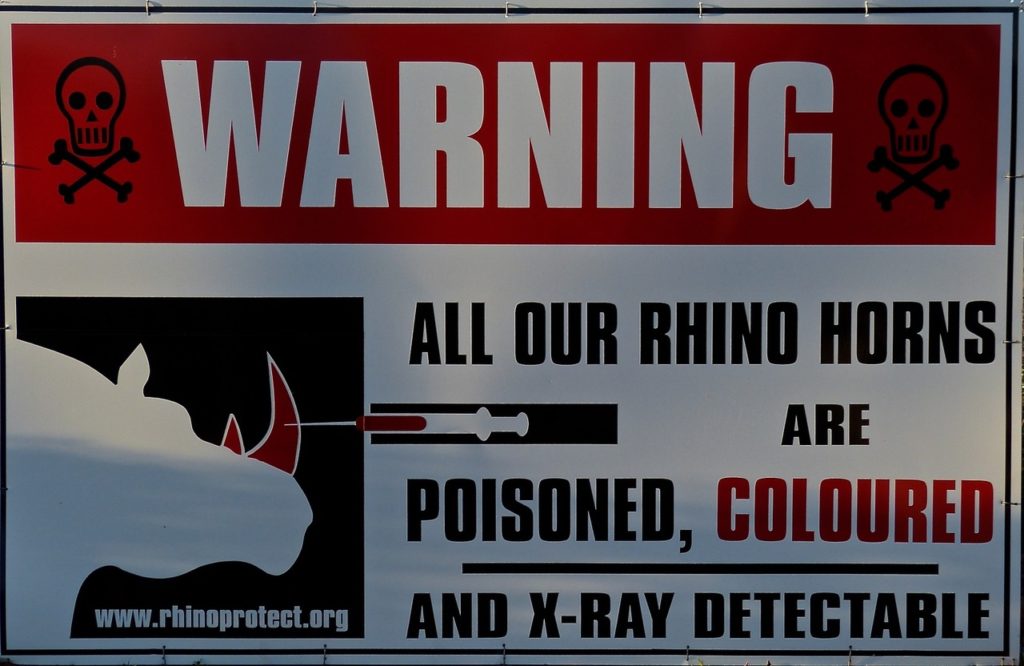 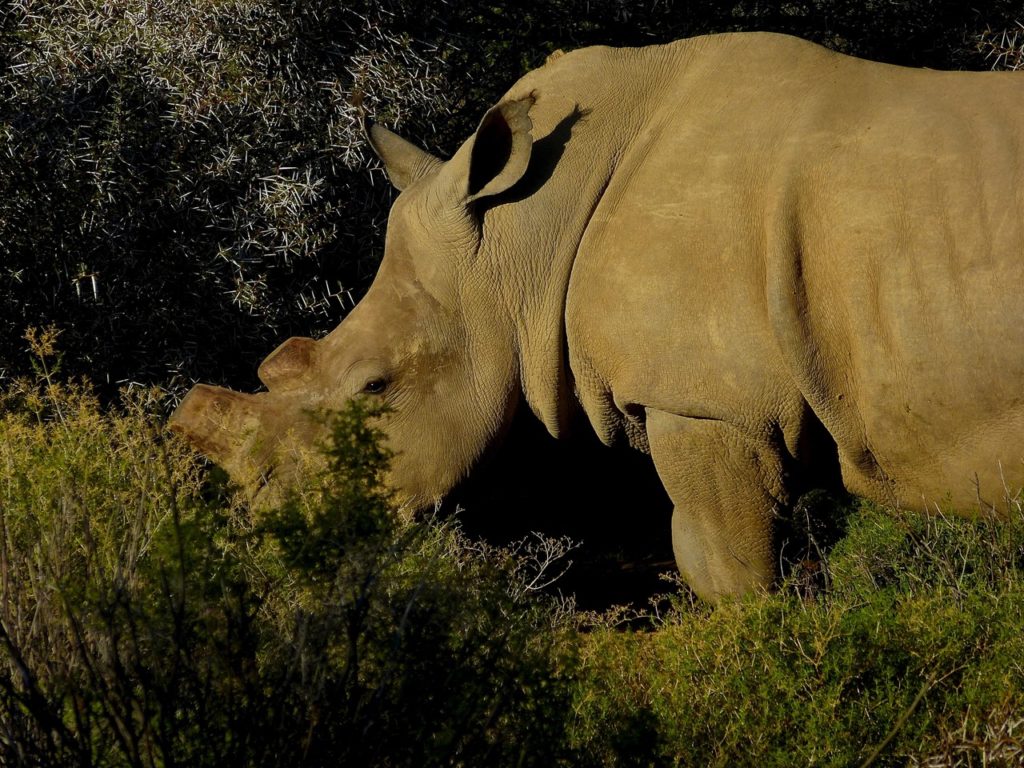 Black rhinoceros ( note lack of hump on the neck) 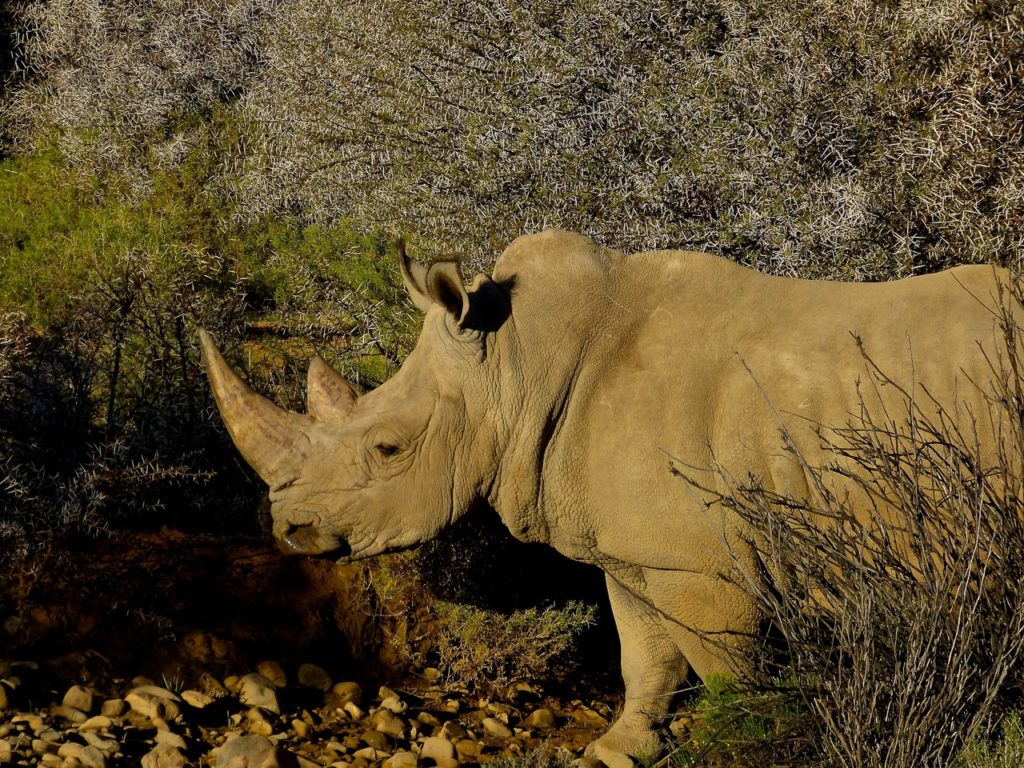 White Rhinoceros (note the hump on the neck) 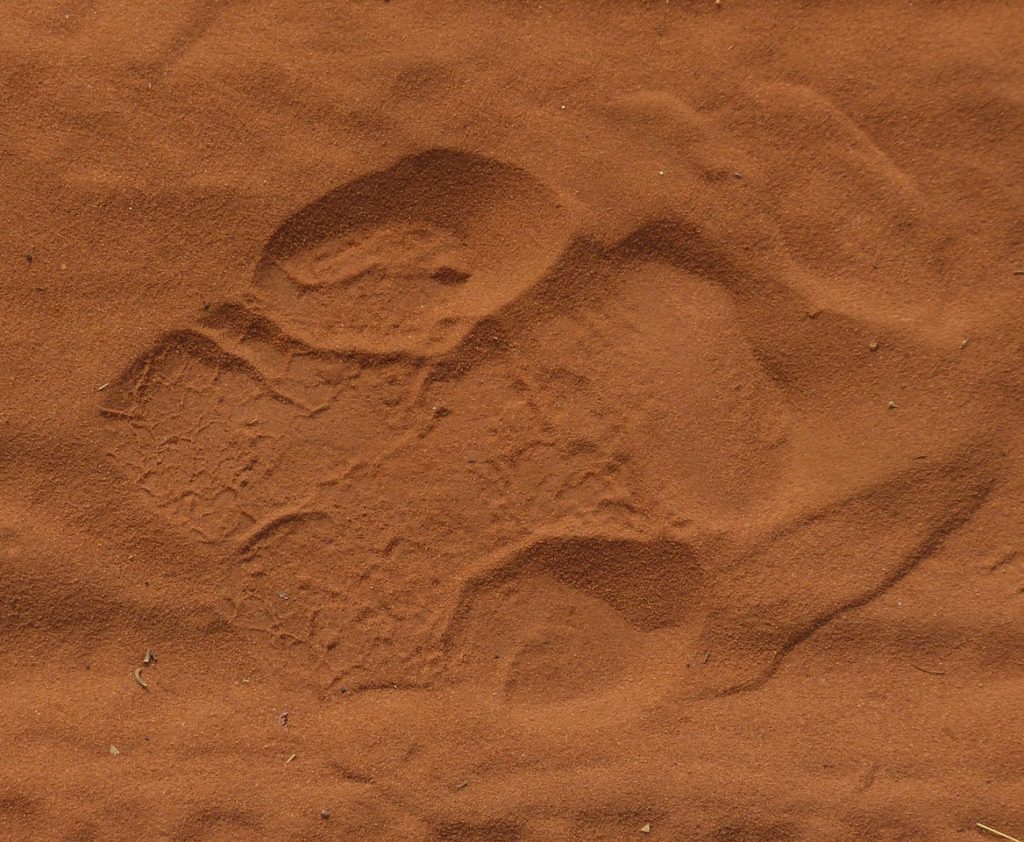