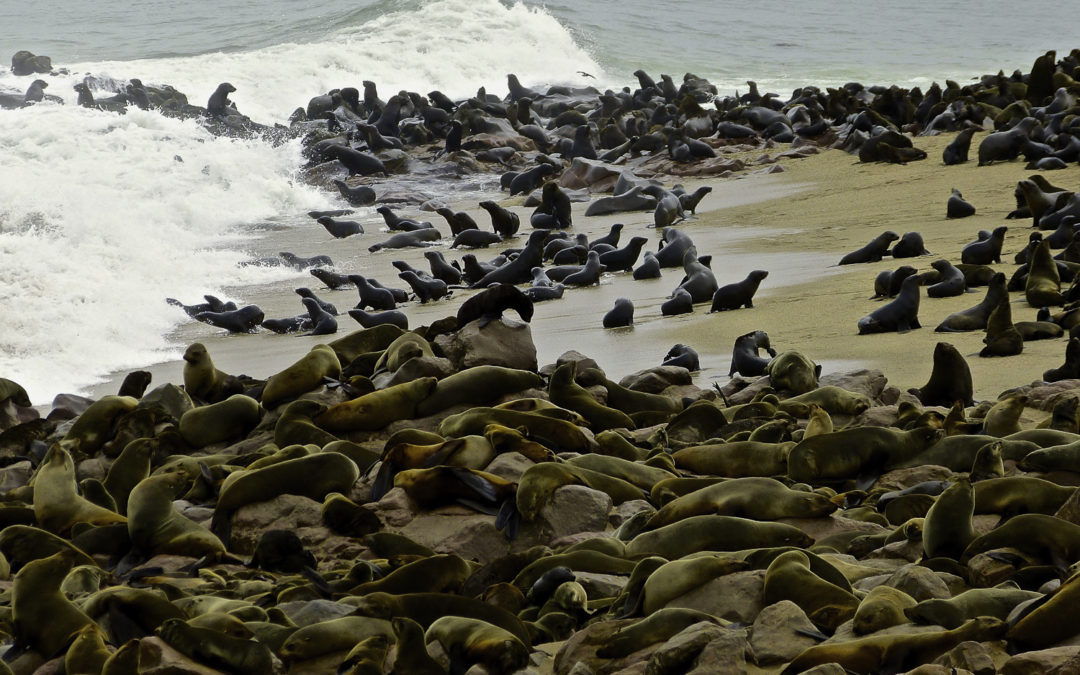 I admit to having an inordinate fondness for seals. There is nothing in the world like the total sensory experience of settling in with binoculars and camera at the edge of an enormous seal colony. I wish that I could magically transport you to Namibia’s Skeleton Coast Wilderness and the Cape Cross African Fur Seal Reserve. These photos will give you a good introduction—but without the soundtrack of crashing surf and bellowing fur seals. The African fur seal is the largest of all fur seal species and is endemic to the African continent, the only resident pinniped. The current population is estimated at 1.5–2 million, with a breeding range extending from the southeast coast of South Africa to southern Angola. African fur seals prefer the warmer ocean waters of southern Africa and do not migrate.

The African fur seal has a wide head, prominent ear flaps and a pointed snout. Their robust and aerodynamically-designed body is covered with velvety dark grey or brown fur (darker for males and lighter for females). Older males have a furry mane, average about 7.5 ft. in length and tip the scales at over 650 lbs. Females lack the mane and are smaller overall, averaging about 6 ft. In length and weighing in at about 265 lbs. African fur seals feed up to 120 miles offshore on pelagic schooling fish (particularly sardines and anchovies). Closer to shore, their diet includes squid, crustaceans and large seabirds like the Cape gannet, Cape cormorant or African penguin. The main marine predators of African fur seals are killer whales and great white sharks, which target them for their high blubber content. During the seal breeding season, African lions, black-backed jackals and brown hyenas visit the colonies to hunt for unwary seals and pups. South Africa has banned fur seal hunting, while in Namibia humans remain the major threat to these seals, which are hunted for their beautiful fur. 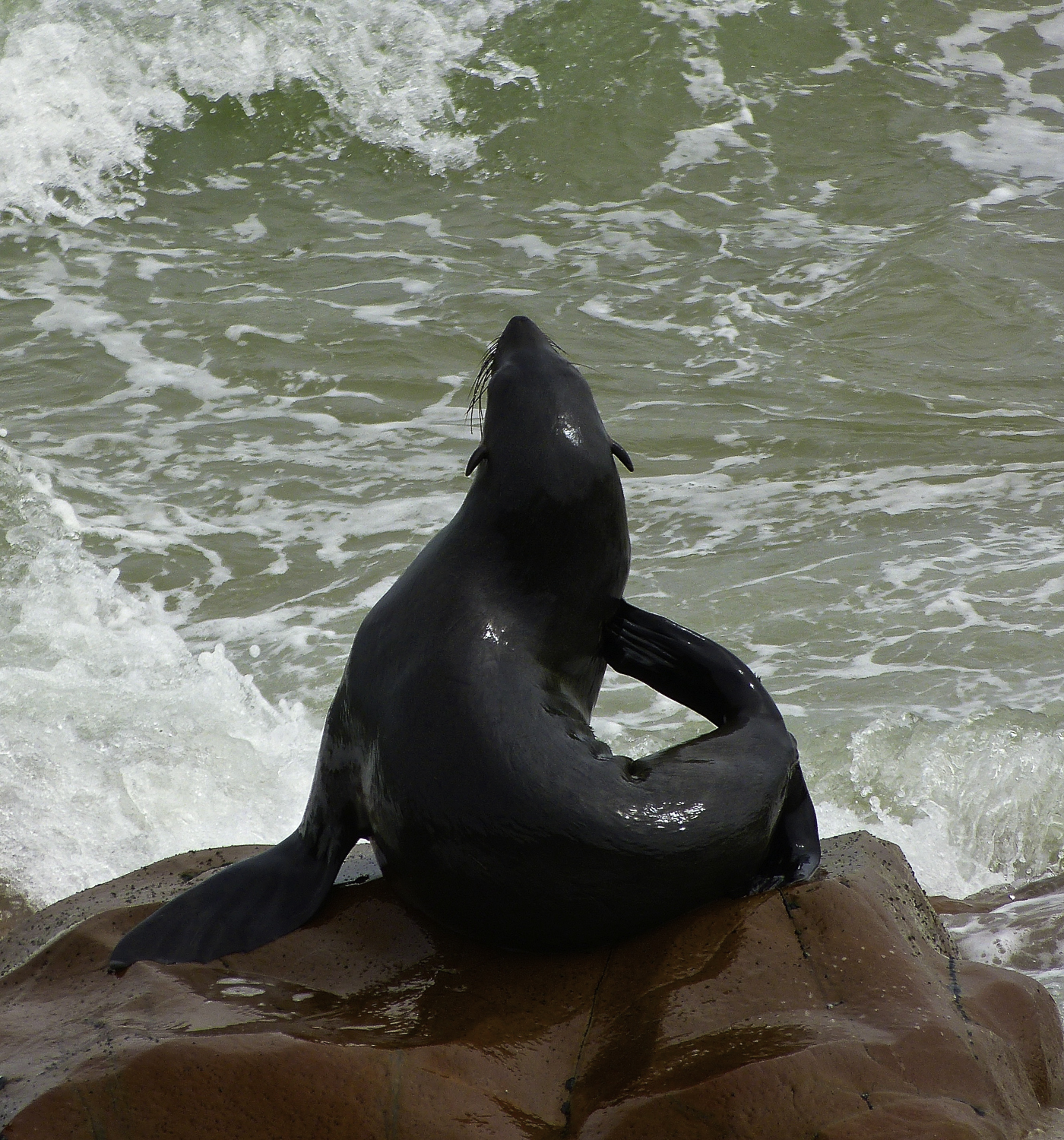 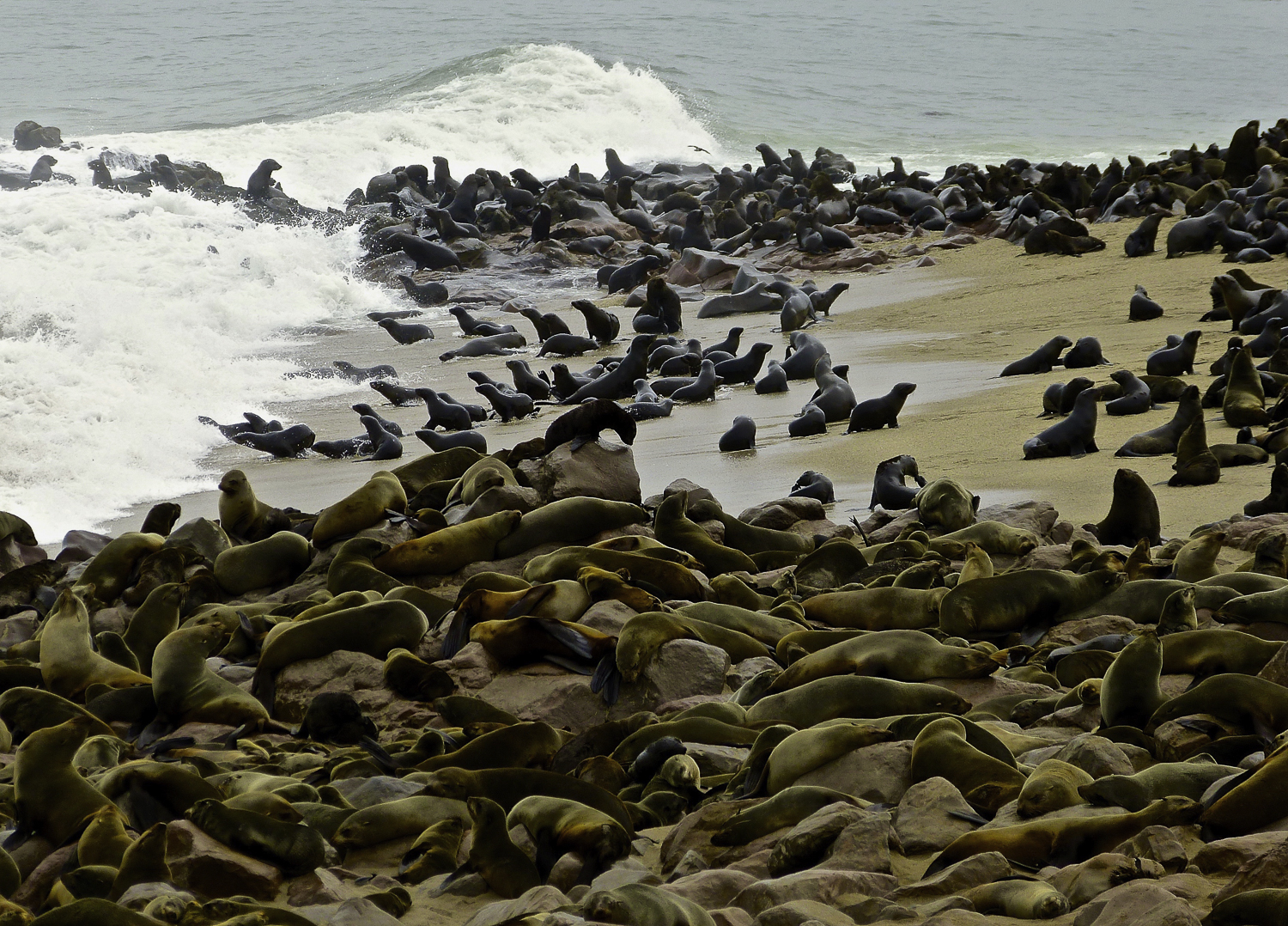 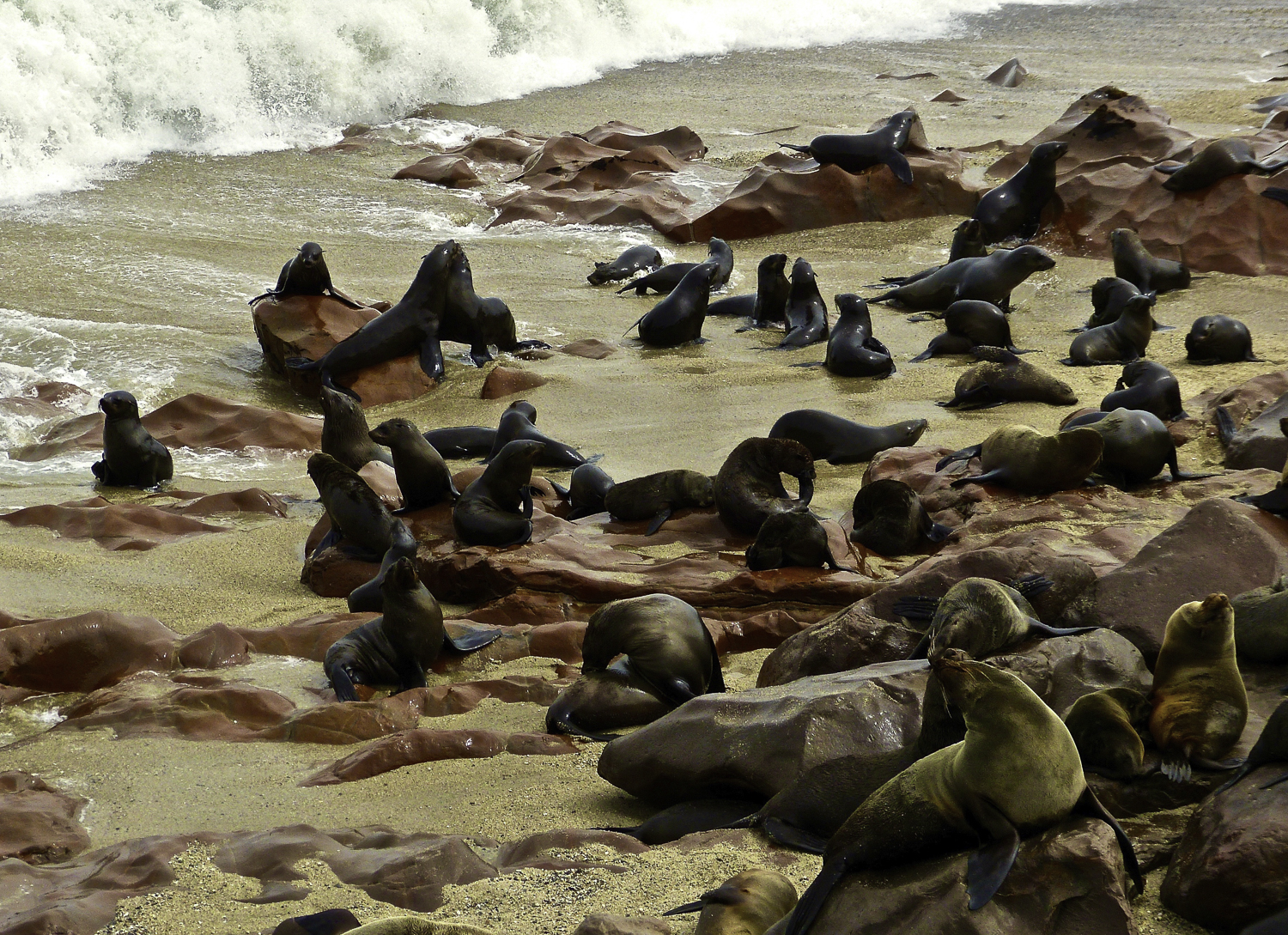 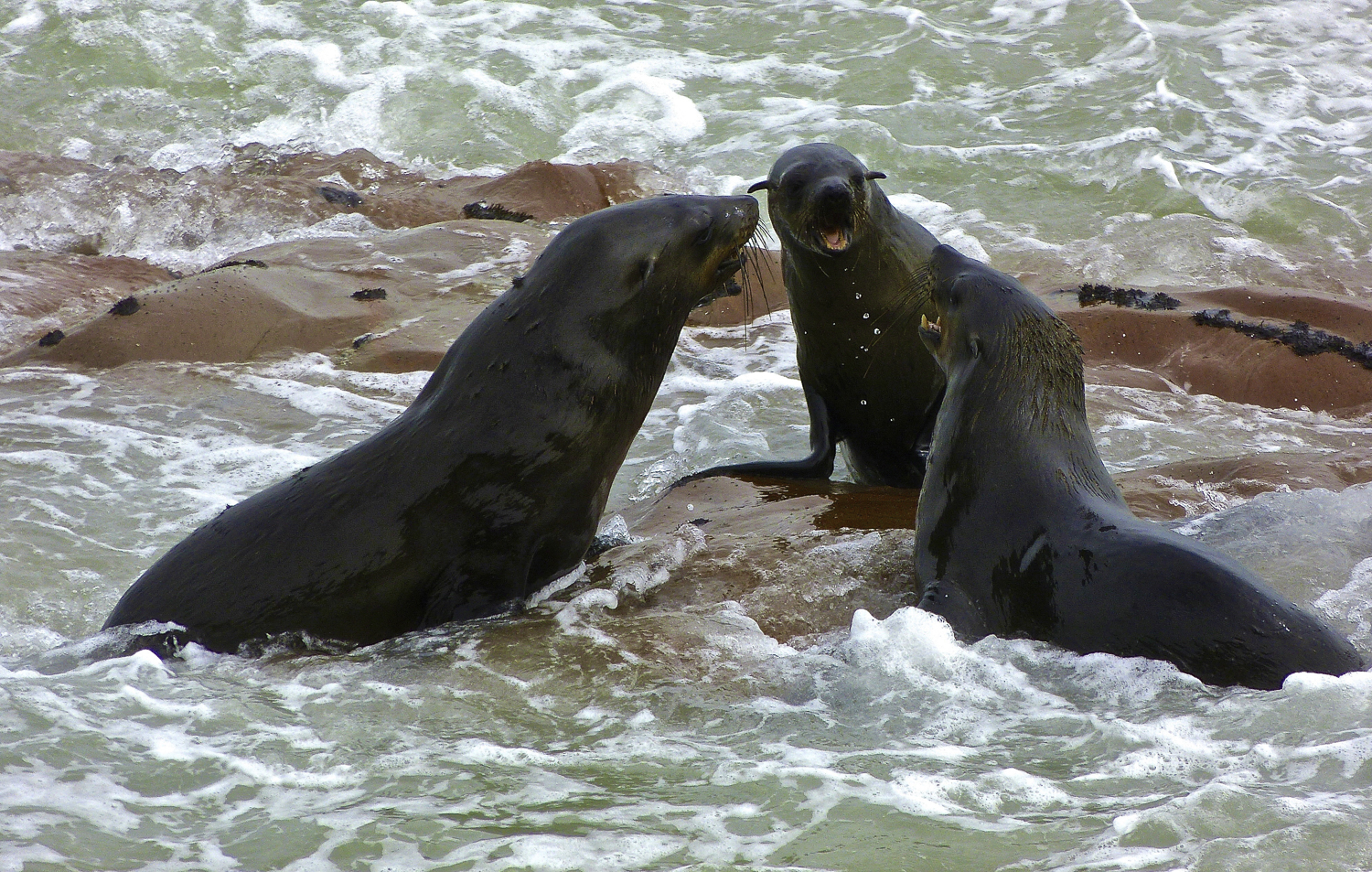 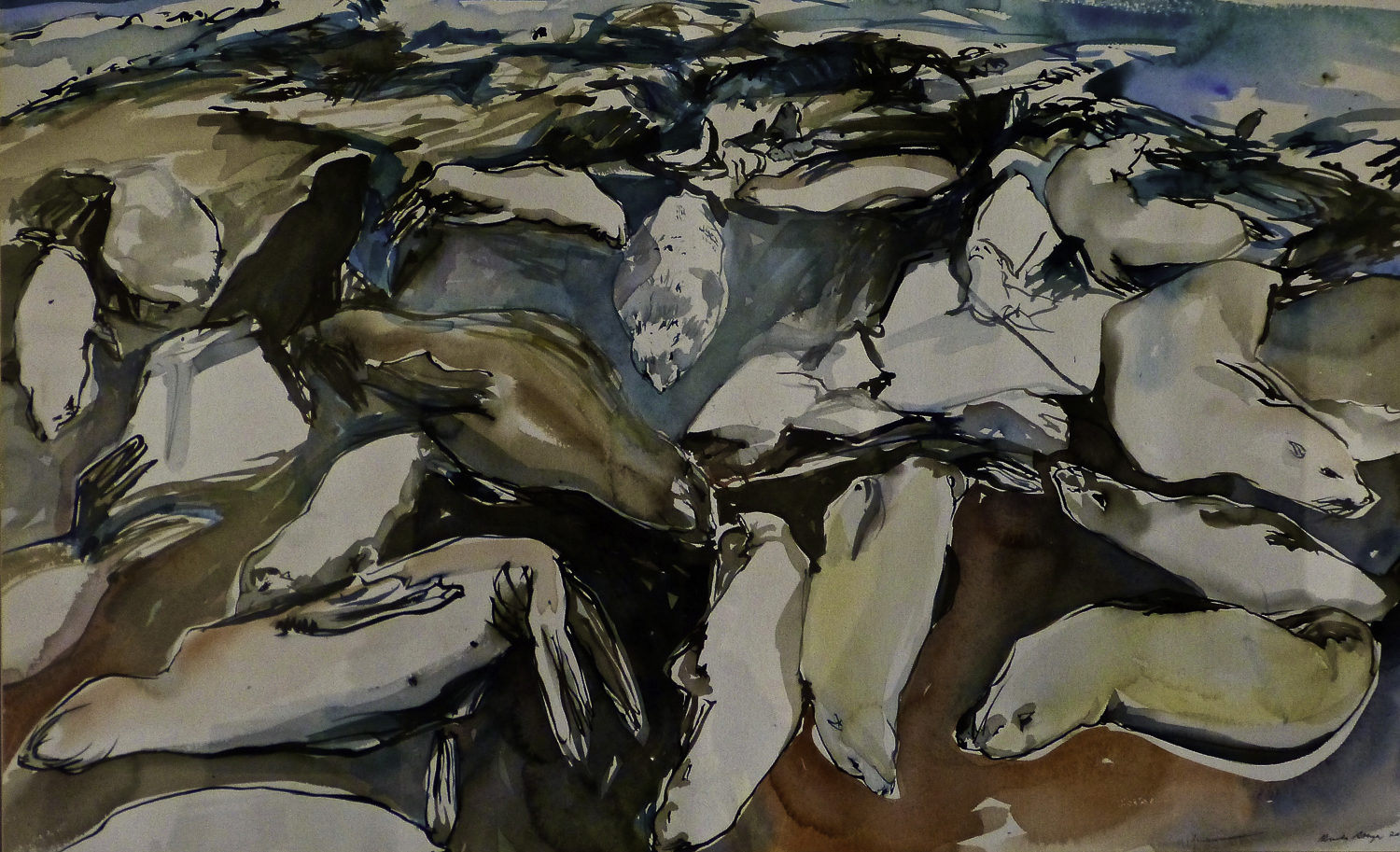 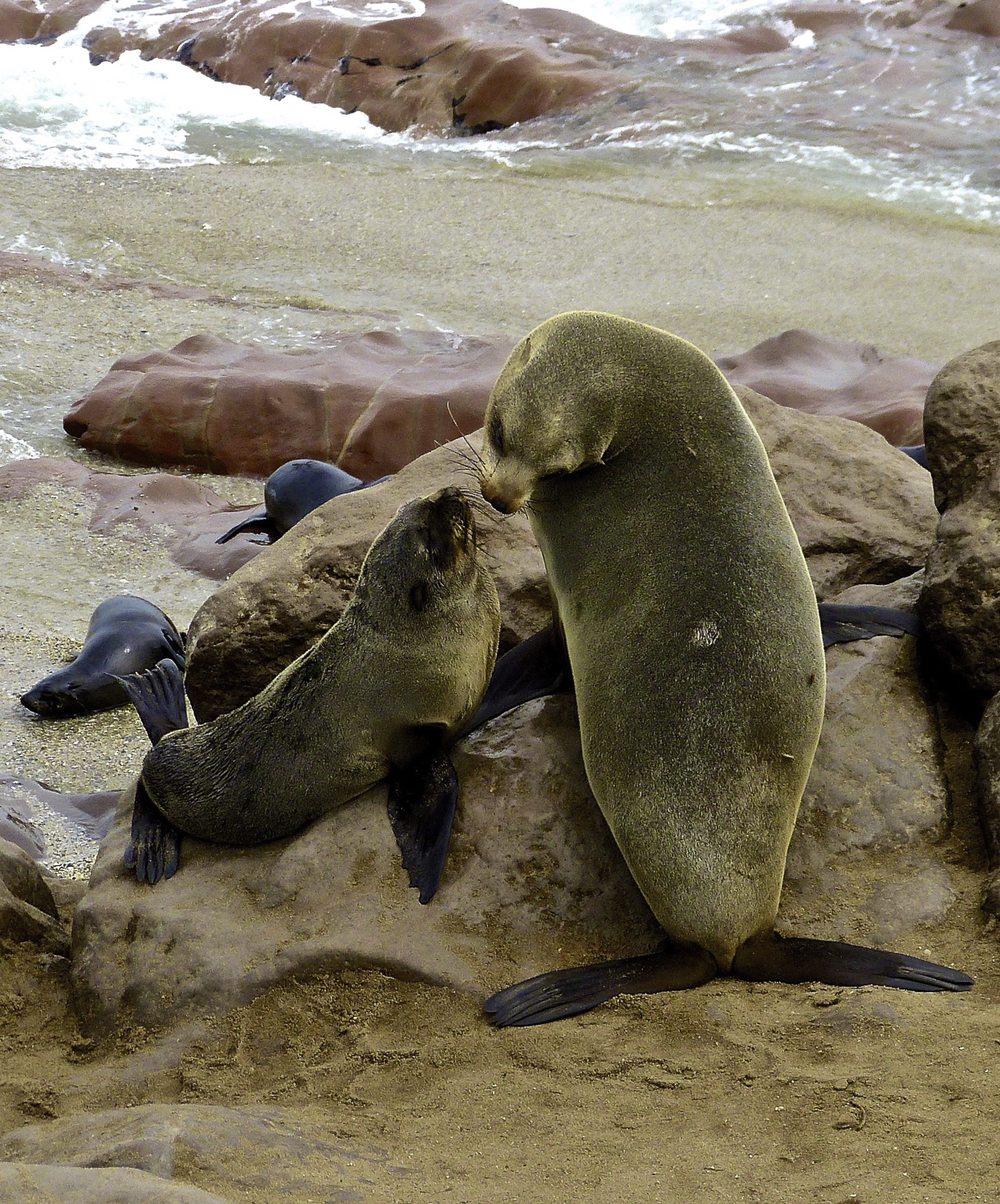 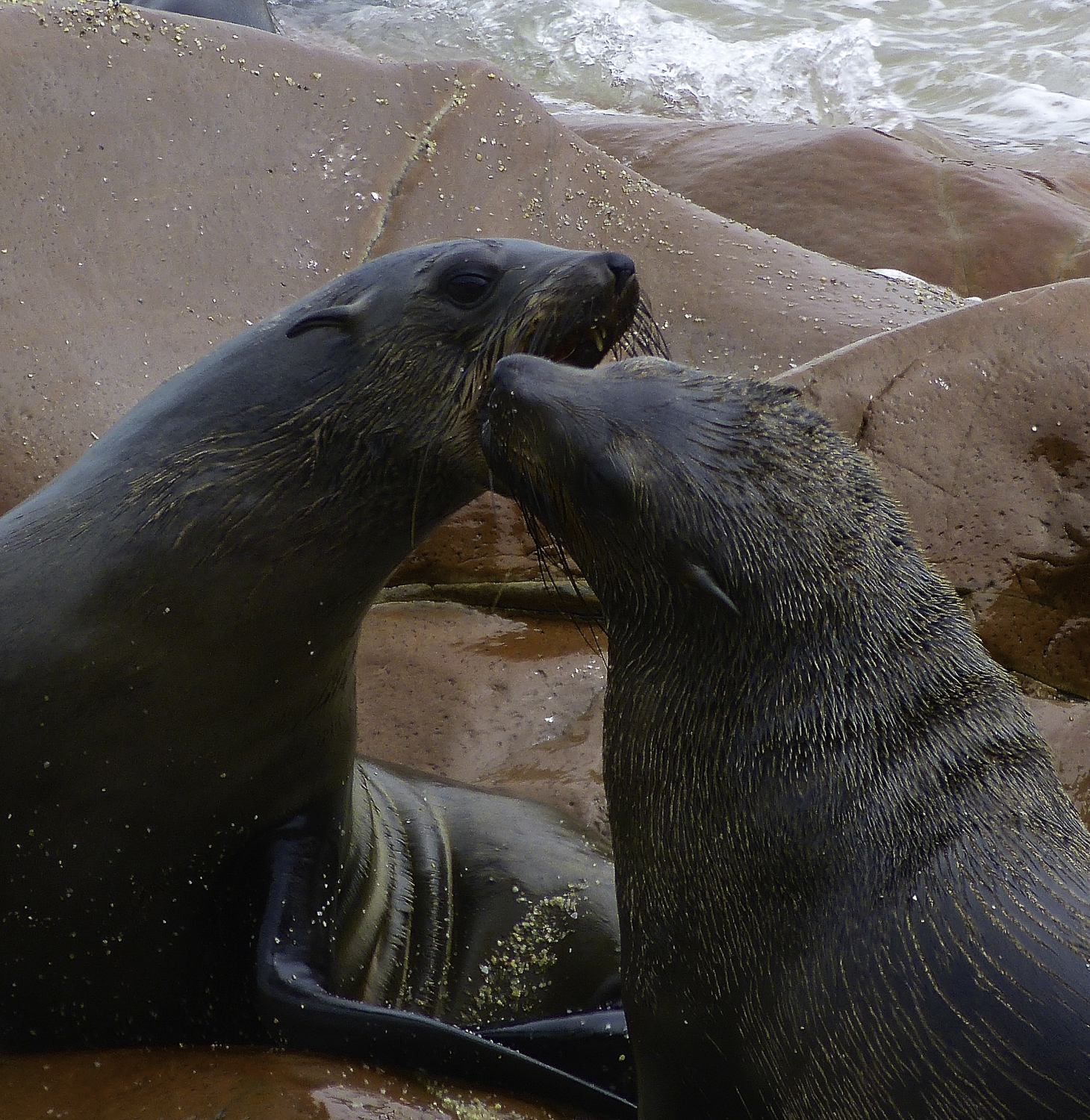 The fascinating conservation success story unfolding now is that desert-adapted African lions are eking out a living once again in Namibia’s Skeleton Coast National Park and are specializing in hunting fur seals and coastal birds such as flamingos and cormorants, after an absence of 35 years! 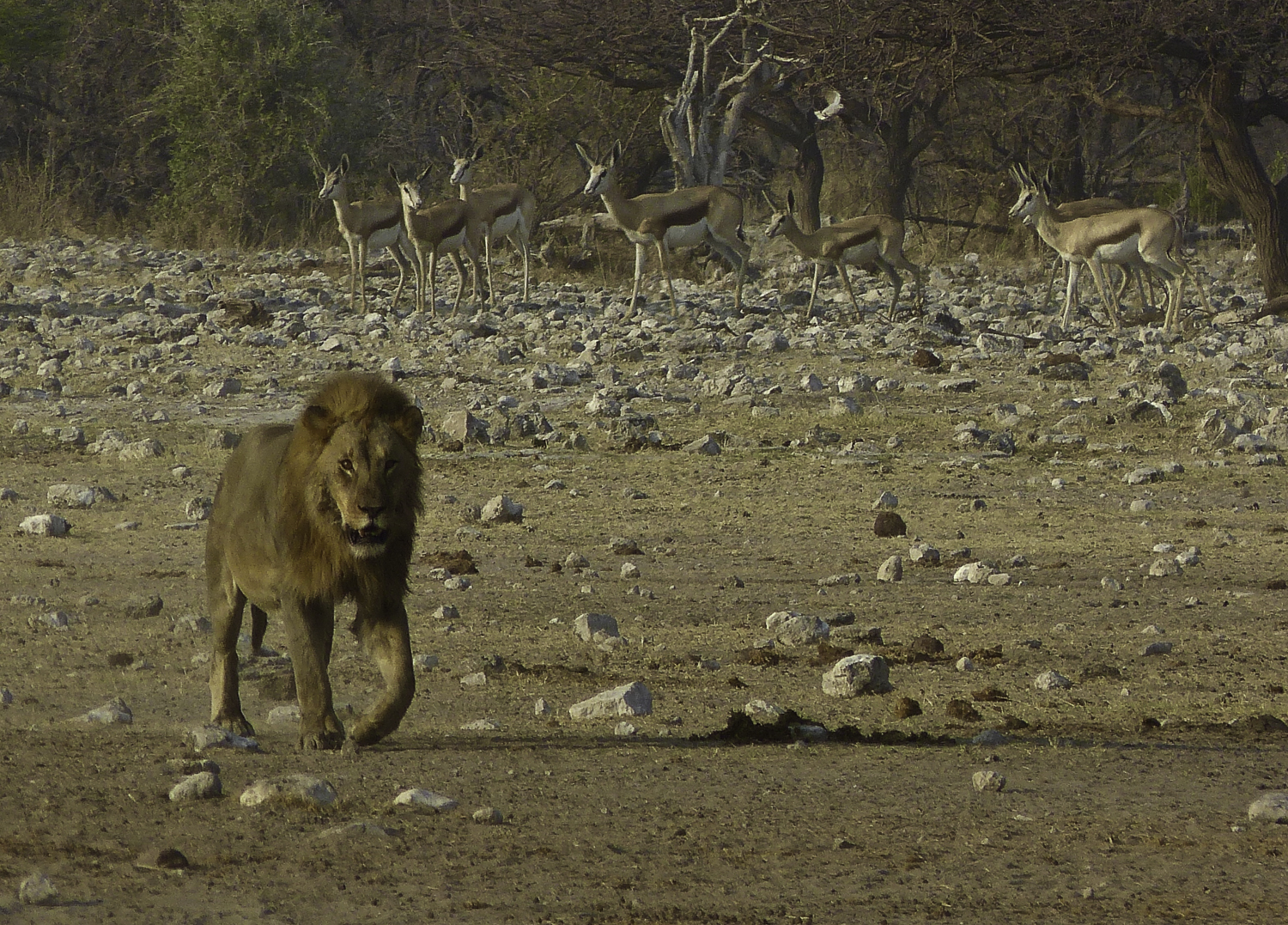 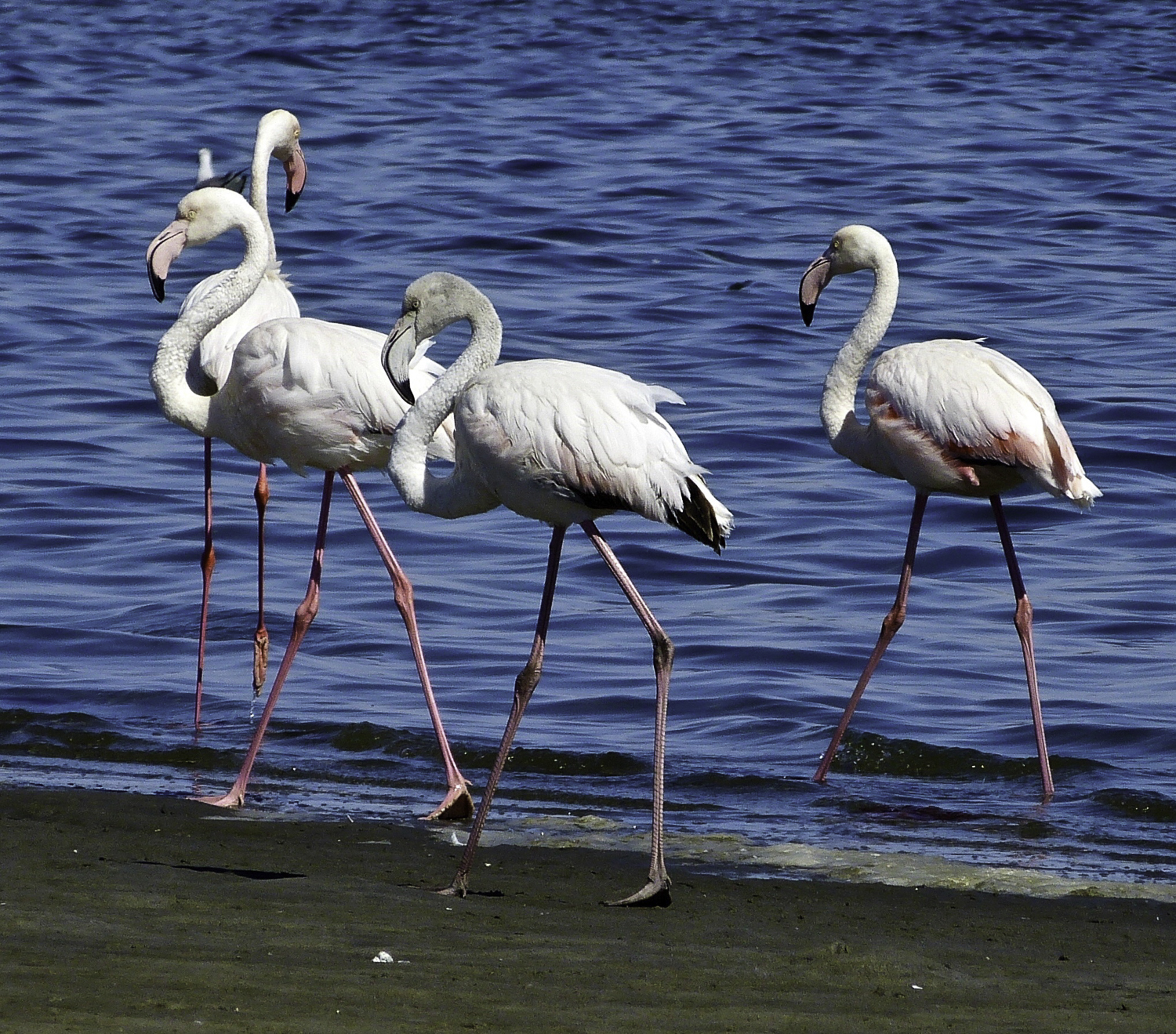