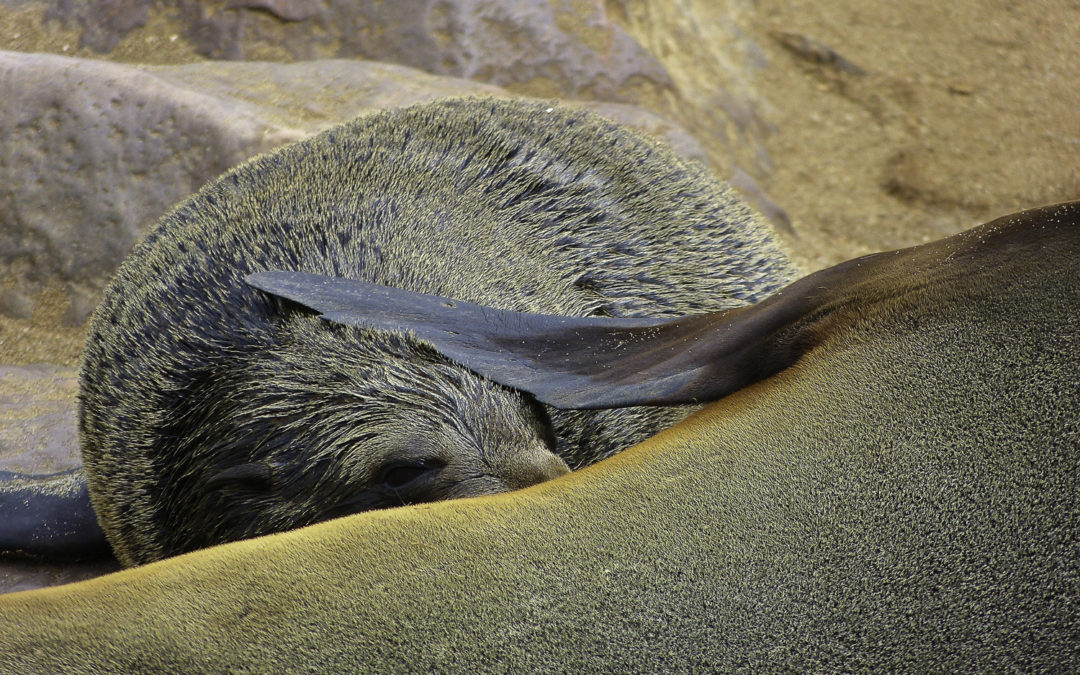 ePostcard #10: African Fur Seal Family Life (Namibia) Looking at these napping African fur seals, I’m reminded that they evolved from the same land ancestors as dogs and bears. Although these fur seals spend much of the year at sea, they never fully abandon their breeding areas, as mothers and pups return to these sites throughout the year. With the start of the breeding season, in mid-October, these highly social seals gather at these sites in enormous numbers. The pounding surf along the beach does little to mute the rowdy cacophony of roaring, growling and barking seals. Adult males, called bulls, arrive before the females and begin establishing their territories by means of sparring, ritualized displays and, sometimes, violent confrontations. Once the most powerful bulls have established their territories, they begin gathering up harems of up to 40 females, battling their rivals to maintain dominance for about 6 weeks. Within the male’s territory, the females fight amongst themselves for territorial rights to the best sites for giving birth to their pups. The bulls do not eat until the mating season ends in November or December.

African fur seal pups are born from early November through late December, and newborns have a black coat that they molt (shed) between late February and May. As the pups mature they develop either a dark grey coat (male) or a brownish-grey or whitish coat (female). Adult females mate again about 6 days after giving birth to a single pup conceived the previous year. After mating, females begin alternating brief periods of foraging at sea with several days ashore nursing their pups. These feeding trips can last about four days in summer and a week in winter. Each time the female returns to land, she uses her unique voice to locate her pup. Pups are weaned at 4 to 6 weeks of age, but the female continues to nurse her pup for 8-10 months. Our visit to the Cross Cape colony occurred before the breeding season began, and the nursing pups you see in my photos are from the previous breeding season. Females mature sexually at around 3 years of age, while males don’t become sexually mature until they are about 9 years old.

Conservation Note: More than 2.7 million South African fur seals have been killed since 1900, mostly in Namibia. Harvesting fur seals was outlawed in South Africa in 1990. They are still harvested in Namibia, where permits are issued for killing pups for their luxurious fur and adult males for their genitalia, which is falsely considered an aphrodisiac in some Asian countries. 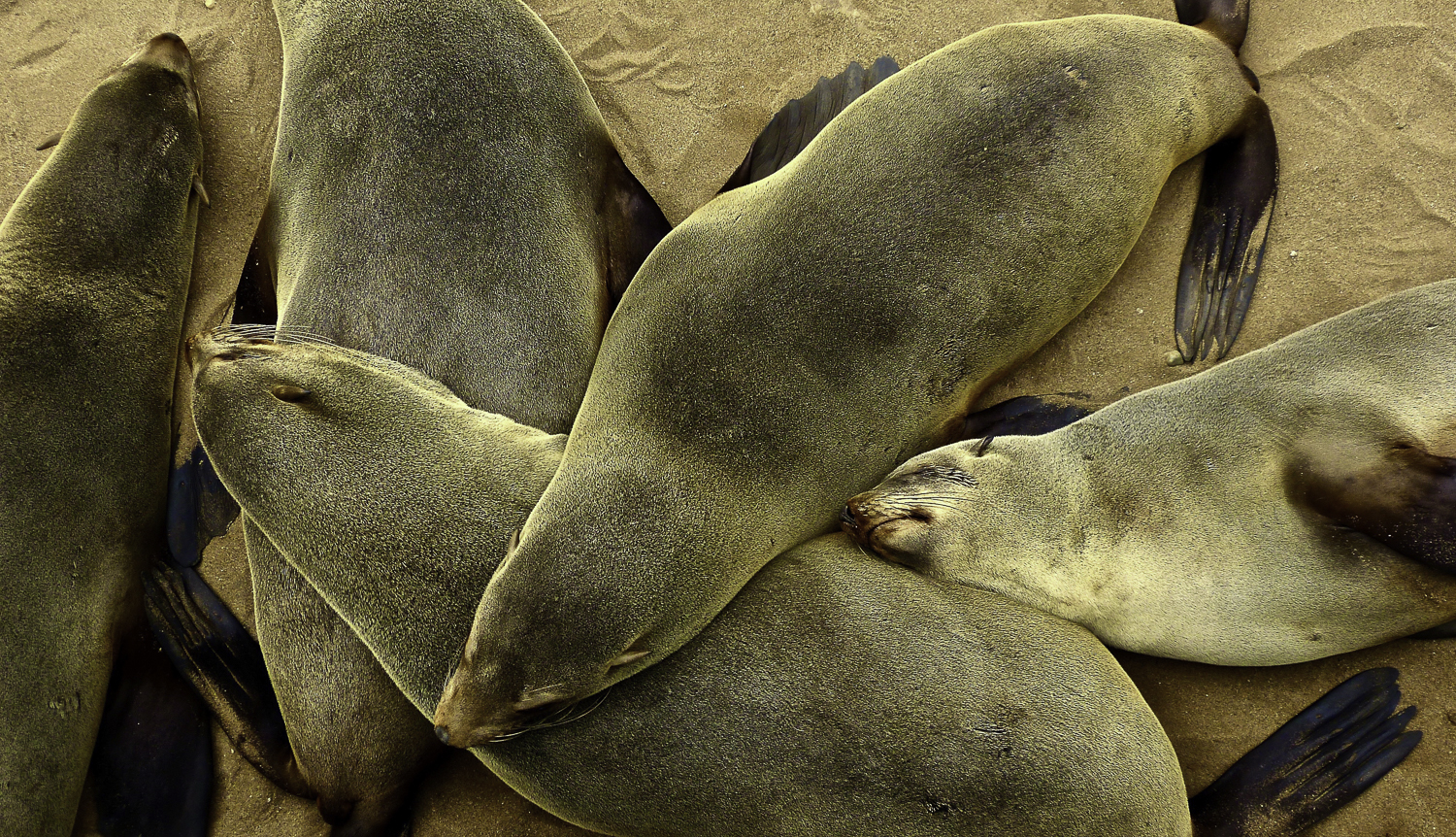 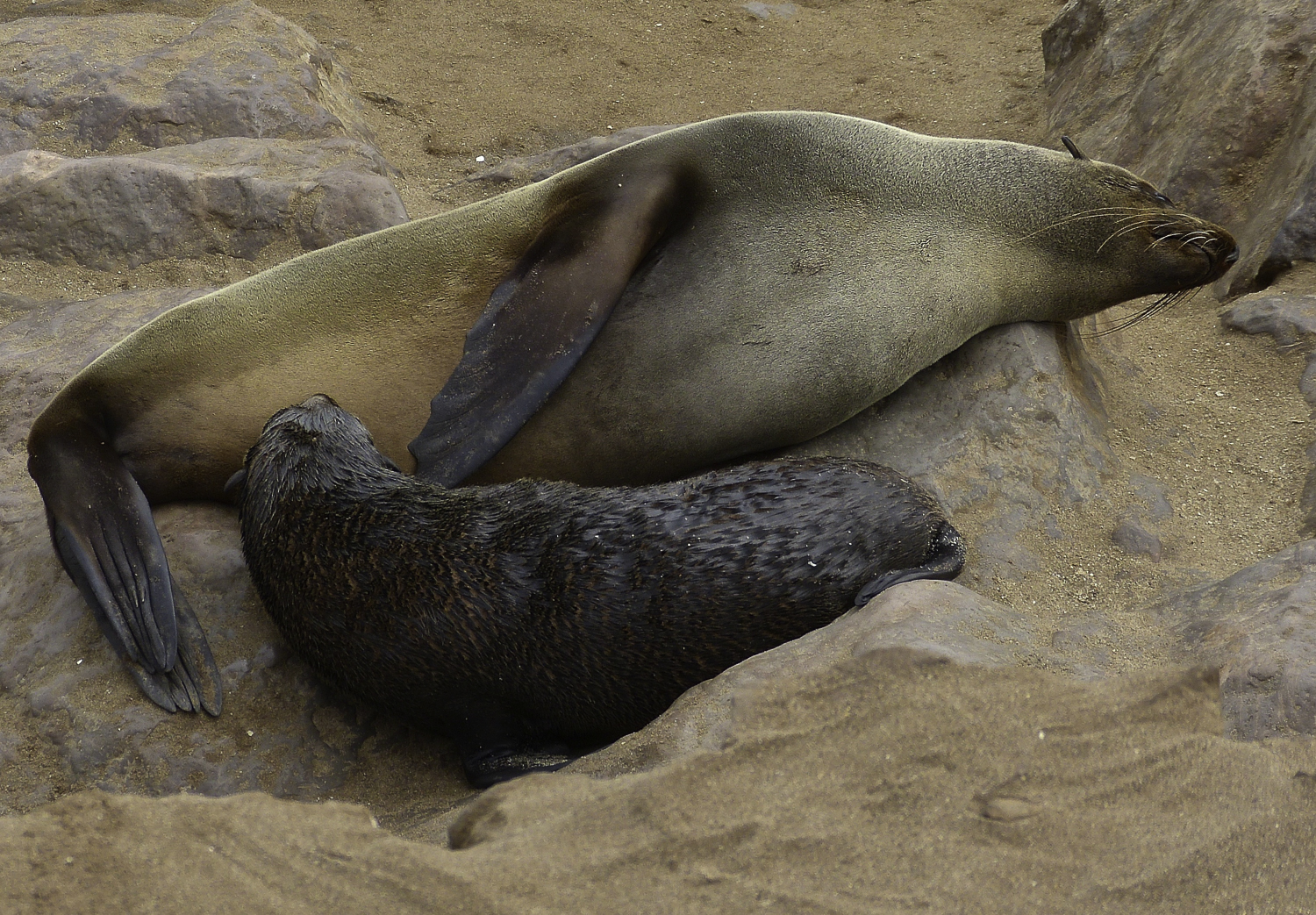 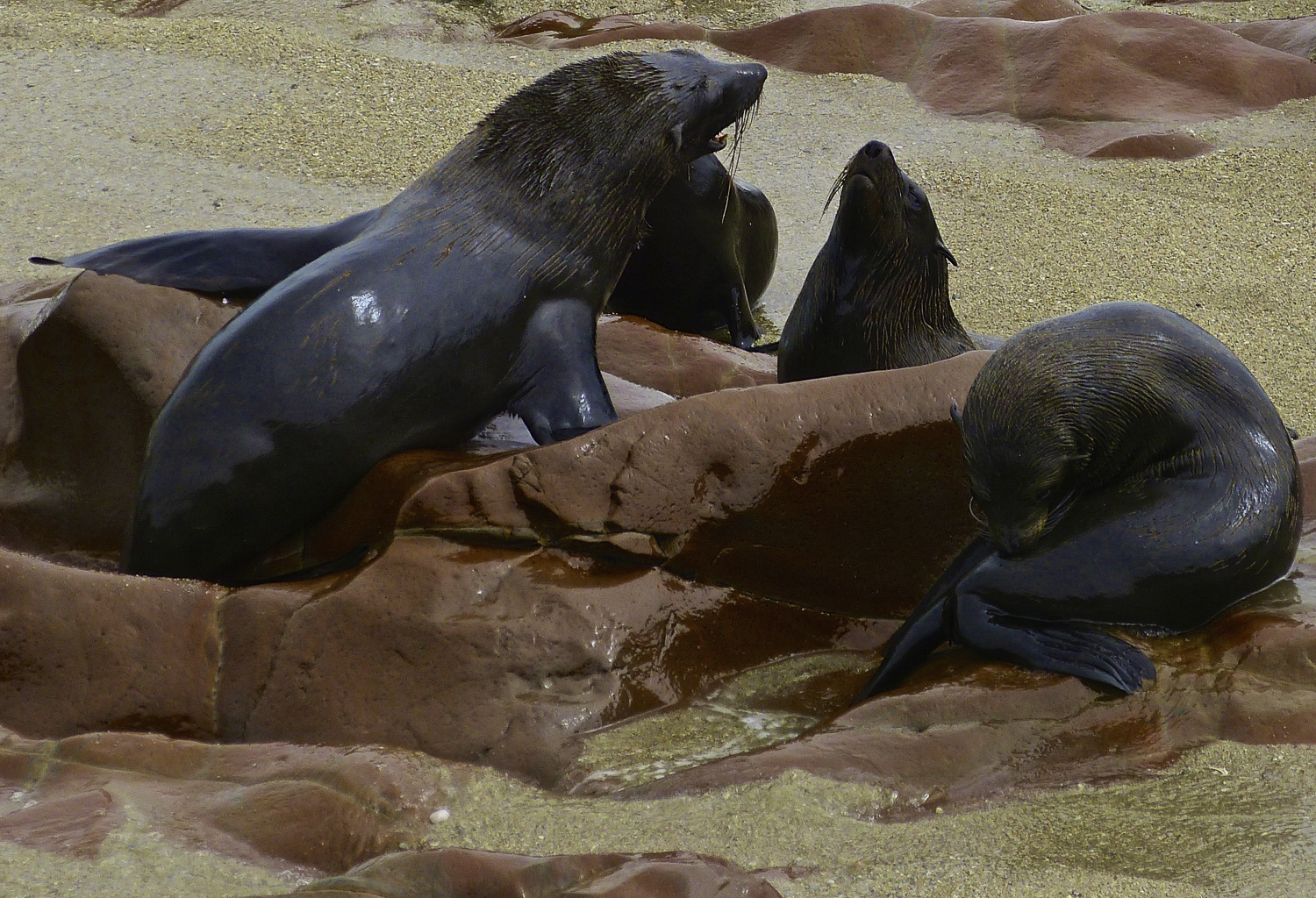 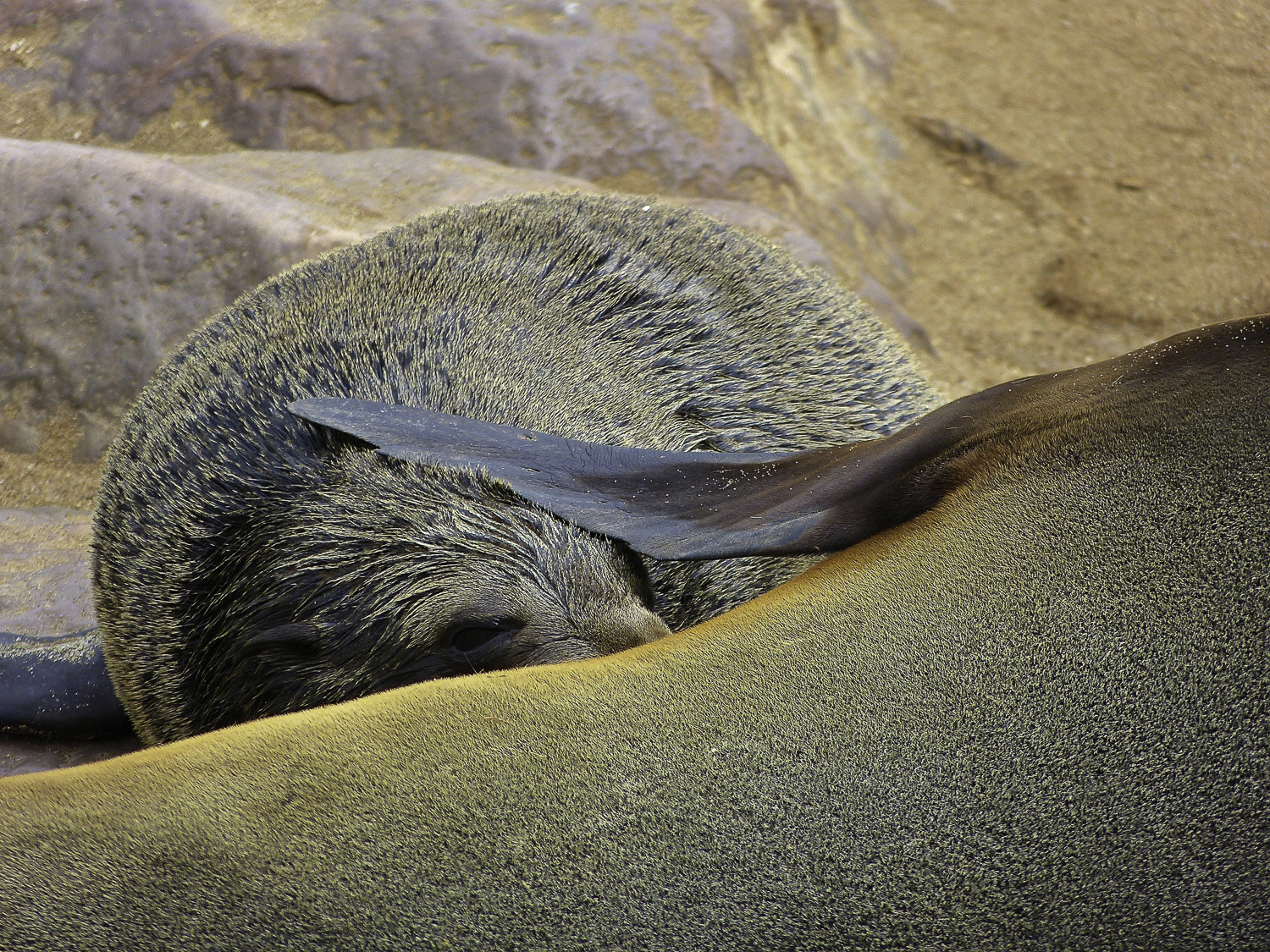 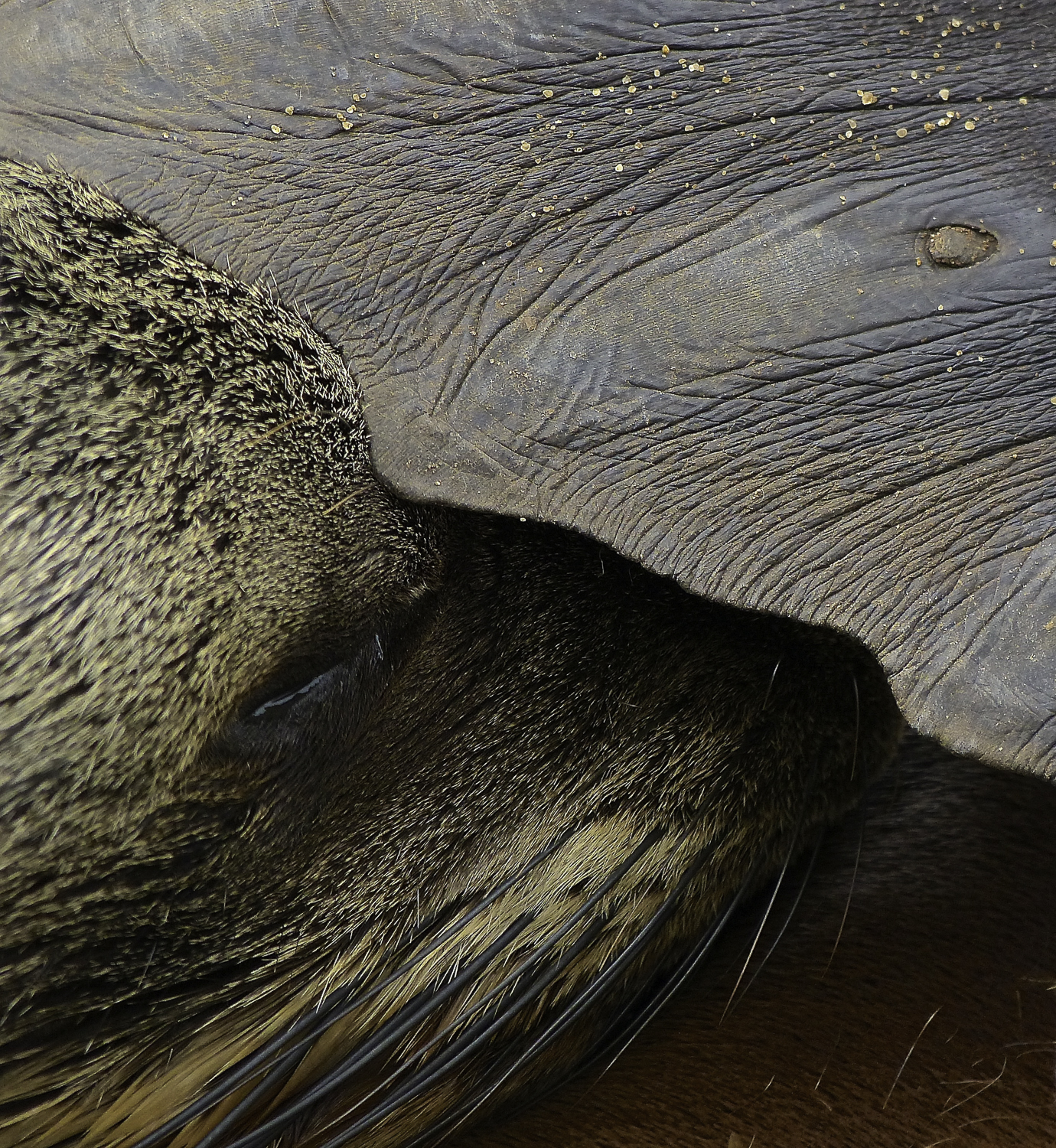 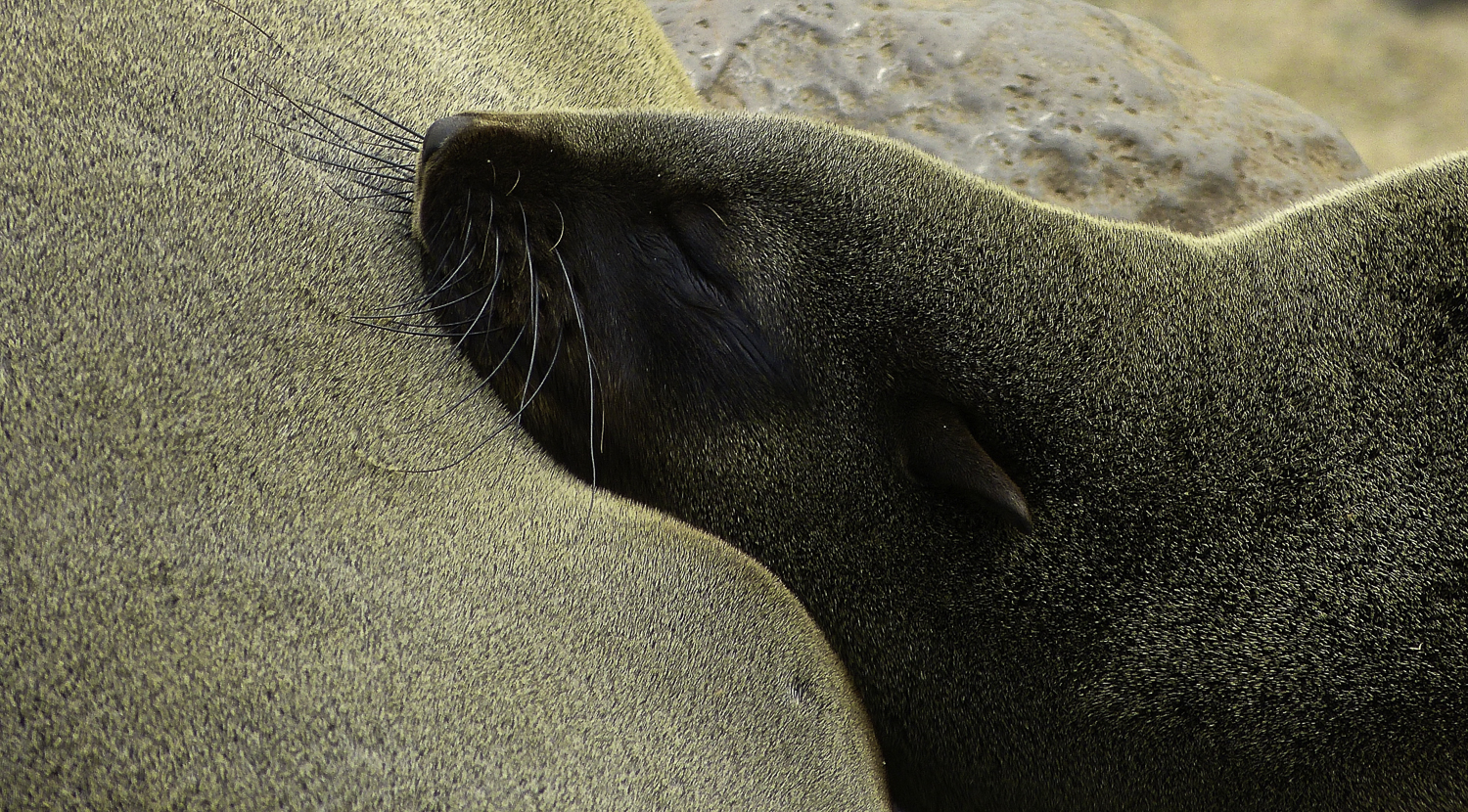