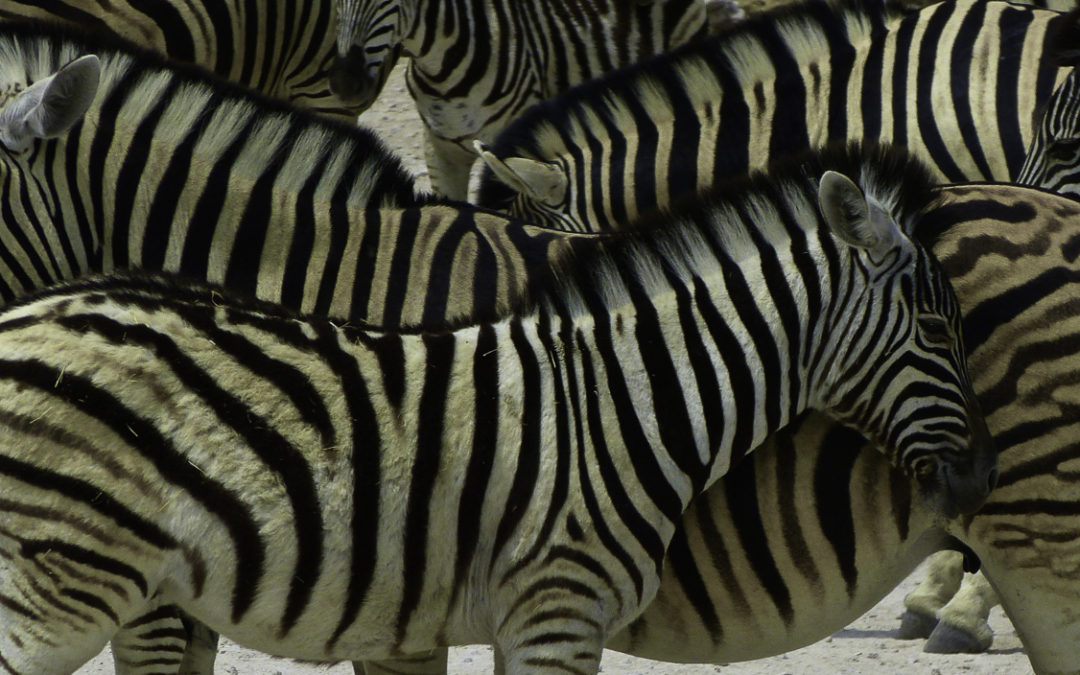 Burchell’s zebra, unlike the more familiar mountain zebra, has a stripe pattern that features a distinctive brown “shadow” stripe that can be seen between the black stripes. This pattern is especially prominent on the hind quarters. Each individual zebra’s stripe pattern is unique, like human finger prints. The mother zebra’s stripe pattern is imprinted on her foal at birth, which helps the foal recognize its mother. The zebra’s stripes are also thought to confuse an approaching predator when the herd is packed tightly together, as you see in the first photo of the series. These highly social members of the horse family (Equidae) are grazers and need to drink water every day, so zebras require good grazing land and a dependable source of water.

A herd of mares with their foals is usually accompanied by a dominant stallion, while bachelor herds are formed by stallions with no mares of their own. When herds congregate in areas with good grazing, you often see the breeding stallion drive his mares away from nearby bachelors that might try to steal the mares away. These clashes, as seen here, can be quite dramatic. The stallion is the first line of defense, bringing up the rear, when the herd is on the move or being threatened by a lion. If the lion mounts an attack, a well placed kick from the stallion can break its jaw or kill it. As you can see in my last photo, a lion with a full belly apparently poses no threat.

A zebra mare’s gestation period is about a year long (375 days), which means that she will come into her season (estrous) during the summer, shortly after her foal is born. The pregnant mare gives birth under the protection of the herd, and the newborn foal will be able to run with her within an hour of being born. You can spot the visibly pregnant mare with the others in the waterhole photo. Foals eat fresh zebra dung before they begin nibbling on grass when they are a week old, a behavior that probably serves to “inoculate” their gut with the beneficial bacteria that will help them digest their food as they mature. In the photo with the lion you will see the horselike dung. The mother-foal bond is reinforced by grooming, and friends within a zebra herd often practice mutual grooming or stand leaning against each other. The first photo in this series provides a good example of this. The African colloquial name for the zebra is “Quagga,” a name that echoes the call that is common to all zebras—”qua-ha-ha.” 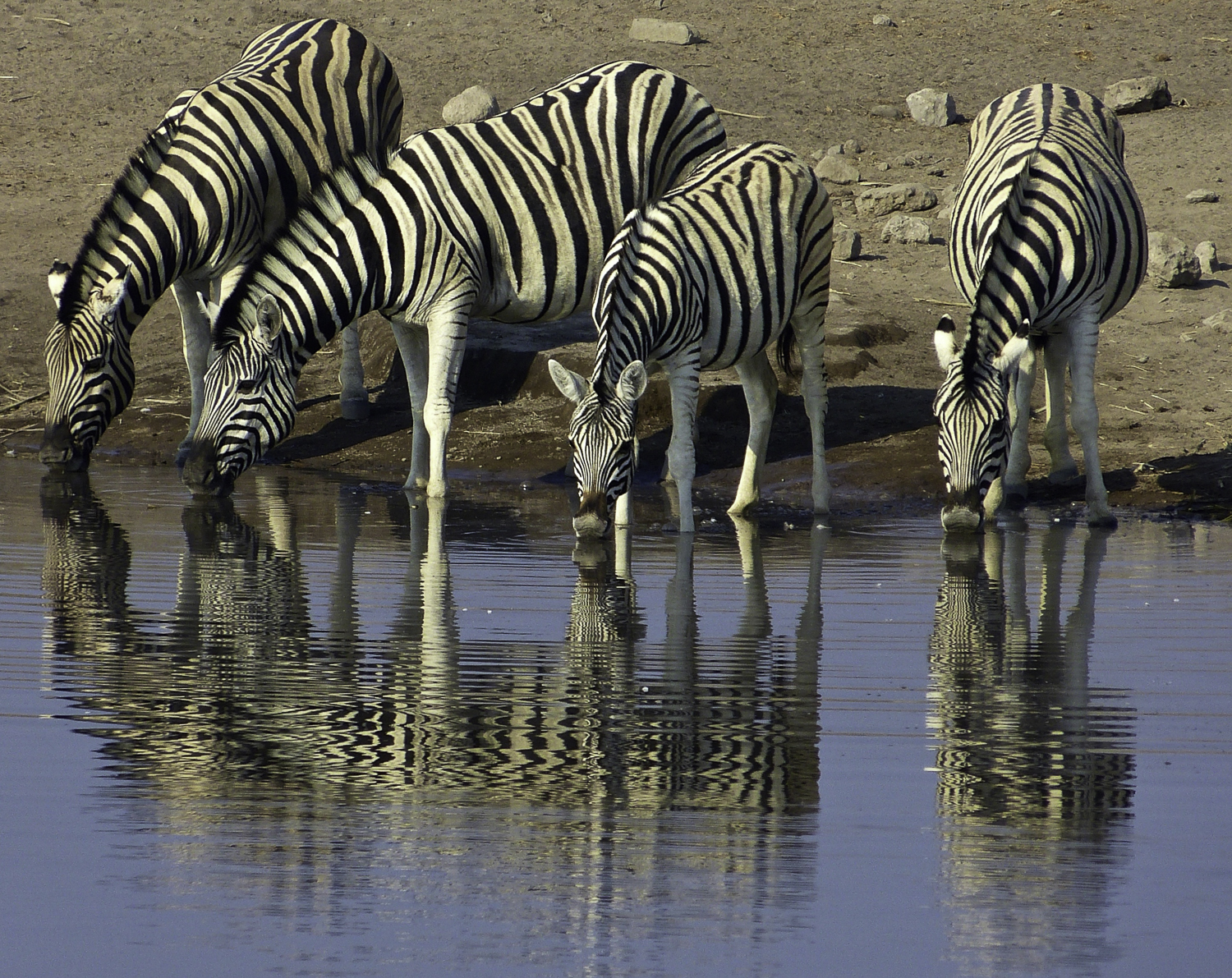 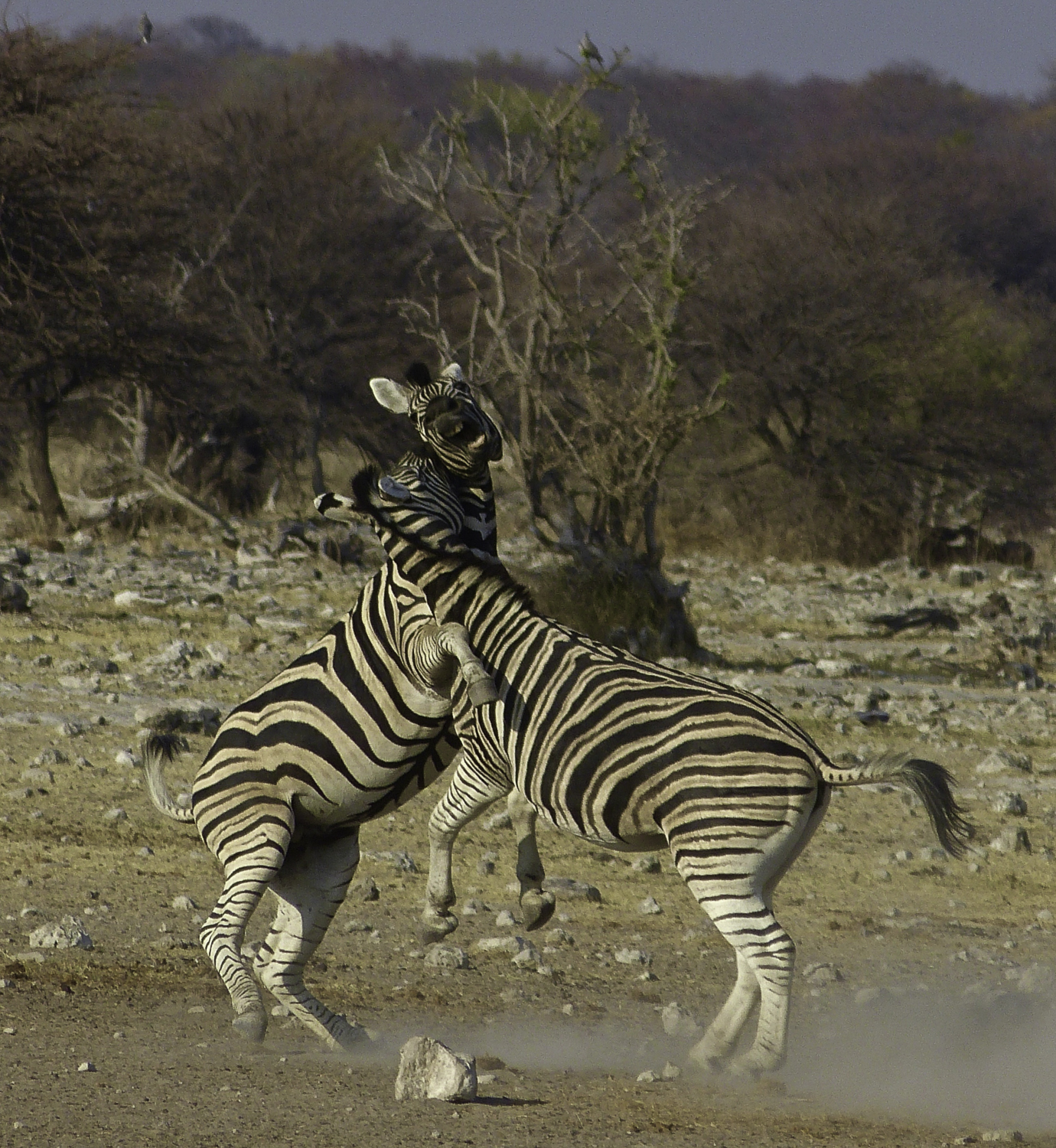 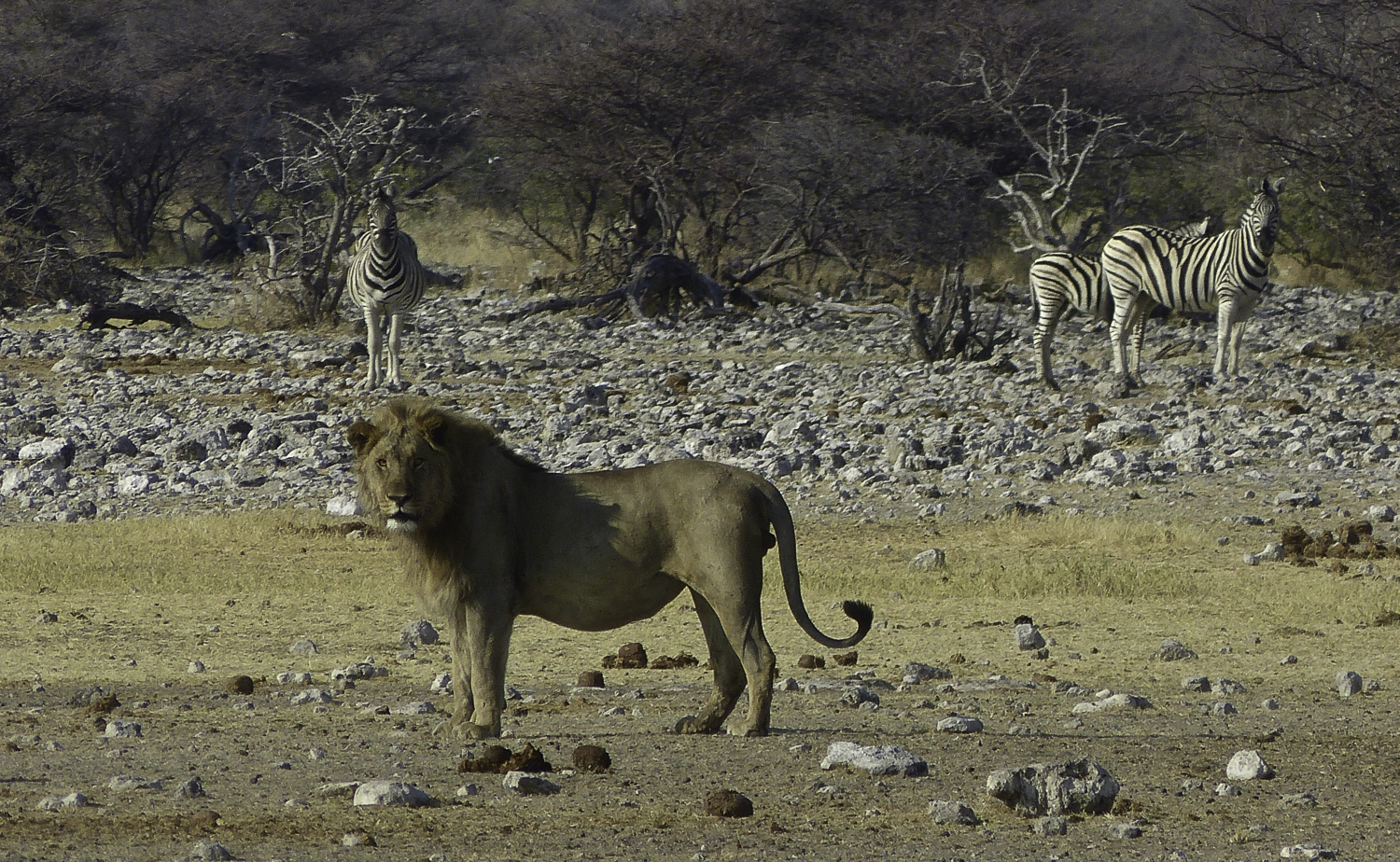