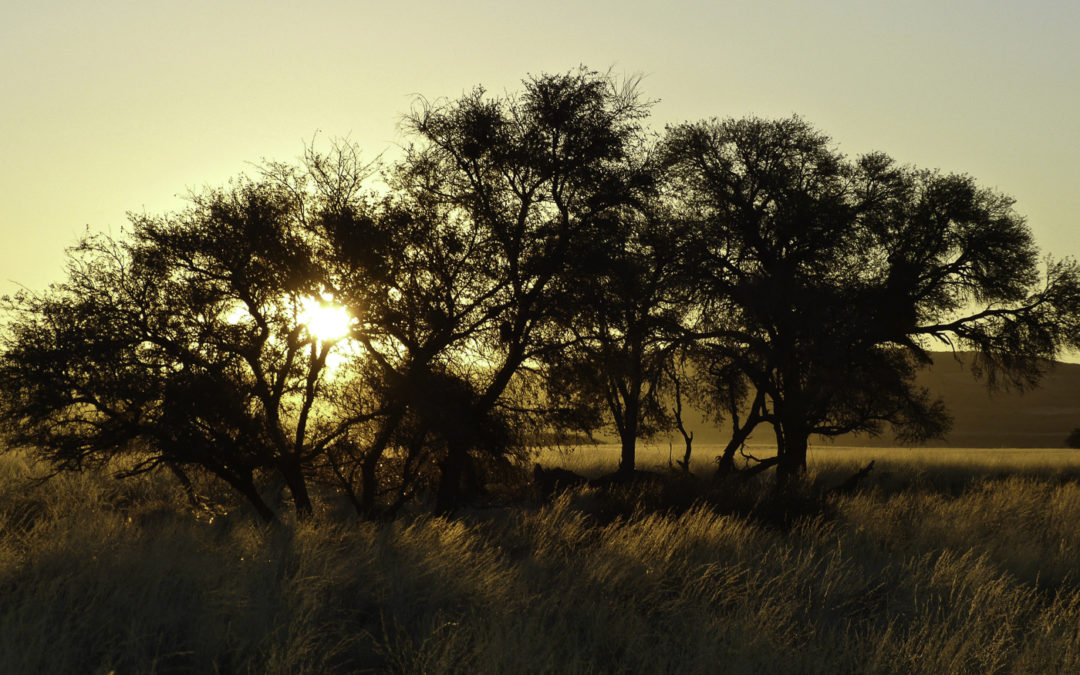 Sociable weavers, which are endemic to southwestern Africa, are members of a gregarious group of sparrow-like finch species. These weavers are best known for constructing—grass blade by grass blade—enormous communally-thatched nests. Sociable weaver nests are the largest known for any bird, with the oldest having as many as 100-500 separate chambers. The nests are built of twigs and thatch from the top down, with the steep slope of the thatch allowing the rain to flow away from the nest entrances. Each pair constructs its own nest chamber, which is completely separate from that of its neighbors. The individual entrance holes point mostly straight downward, forming a short tunnel that slopes inward to the nest chamber.

These communal nests are not just used during the breeding season but also serve as dormitories throughout the rest of the year. The oblong-shaped nest I observed and photographed is situated near the center of the sunset-lit trees in the first photo. Its smaller size (about 3 feet across) suggests that it is a relatively “new” nest and may have had only a dozen pairs in residence. The oldest and largest nests may measure 25 ft. in length, 15 ft. wide, and 5ft. high. The host tree sometimes collapses under the weight of the largest nests, leaving the colony of sociable weavers stranded until the birds rebuild somewhere else. Most nests last for many seasons; one nest is known to have been used for over 100 years. The sheer beauty of these complexly woven nests and the joyous hours I spent observing these personable little finches will live in my memory forever. 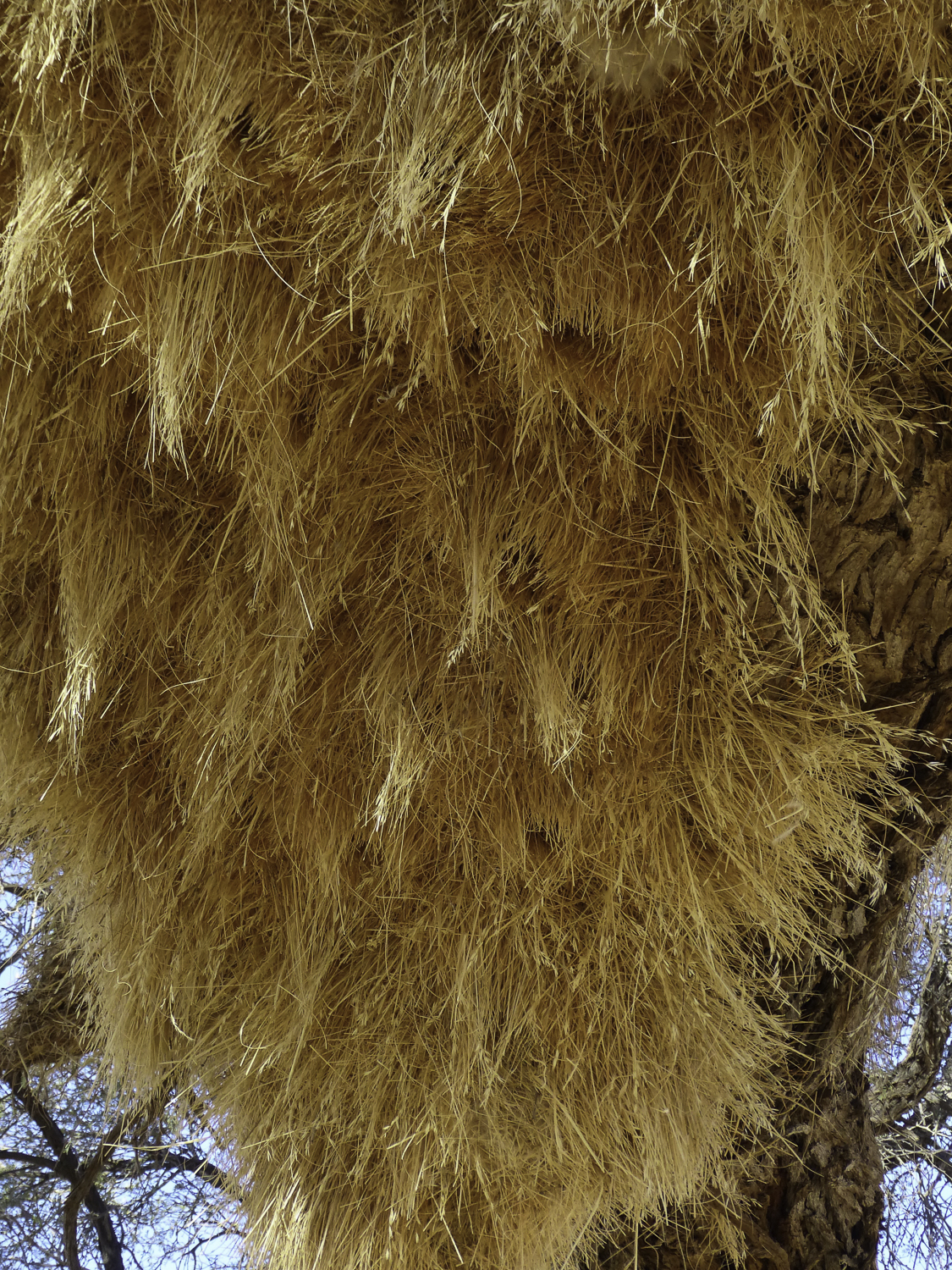 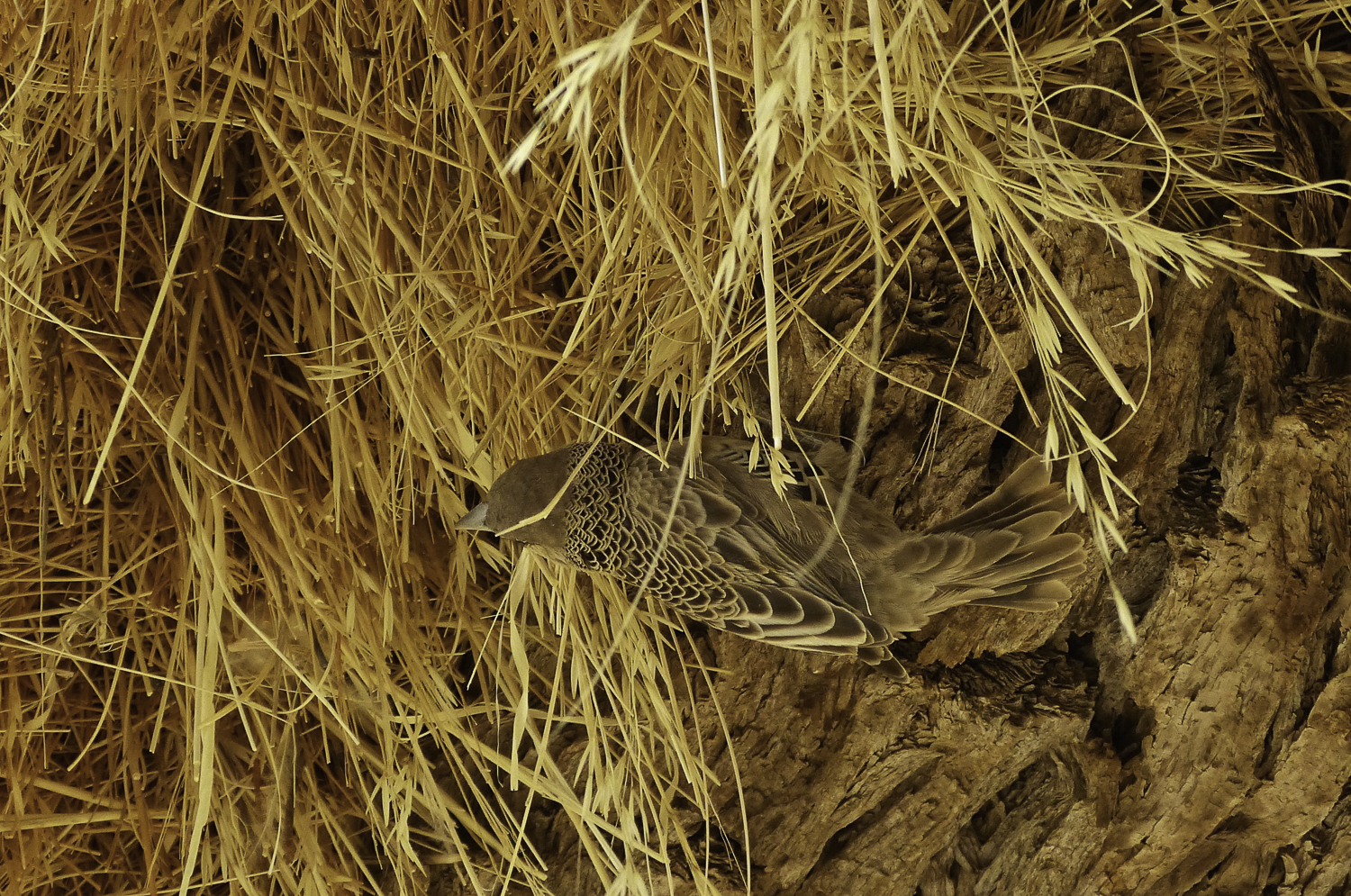 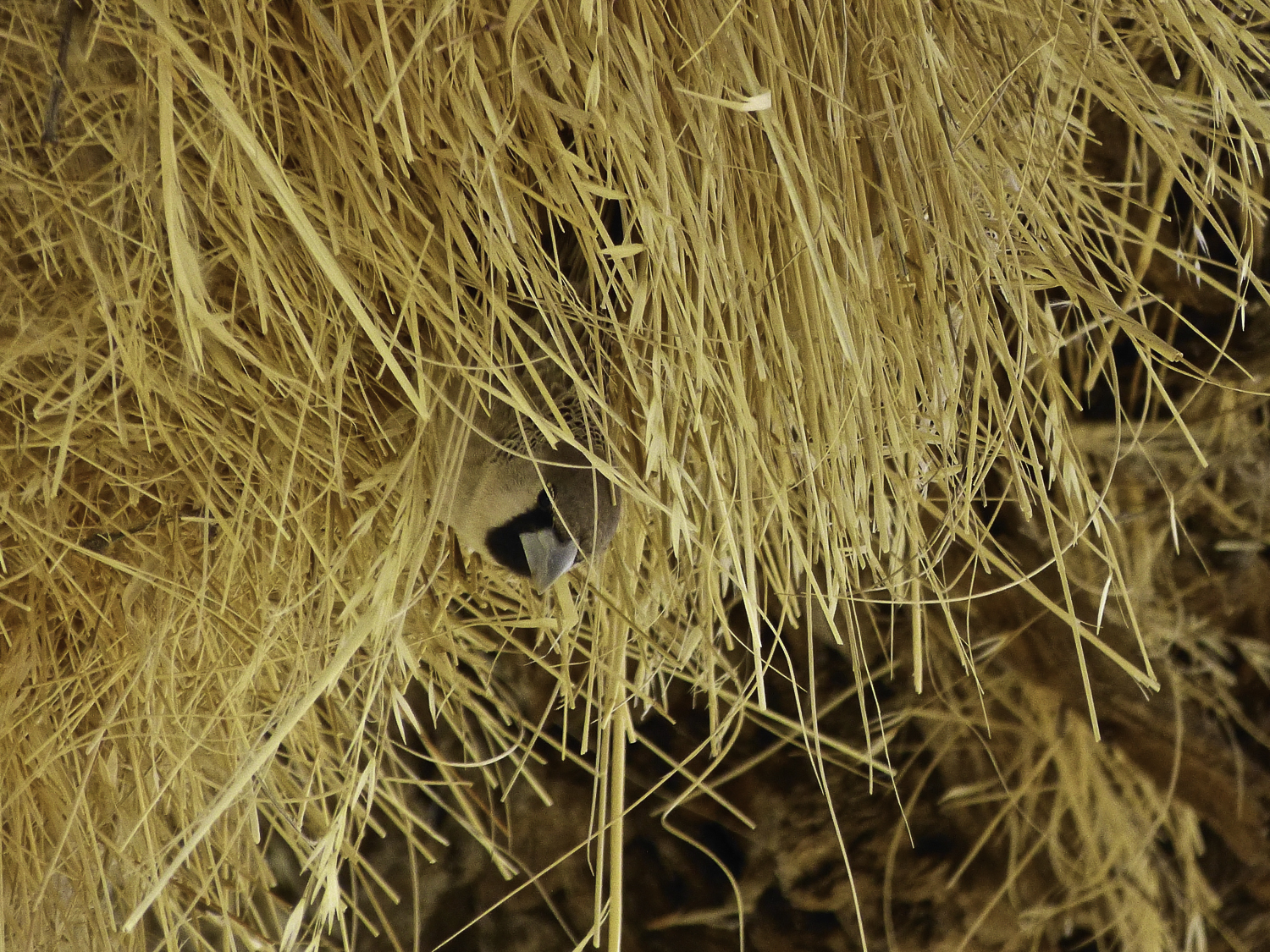