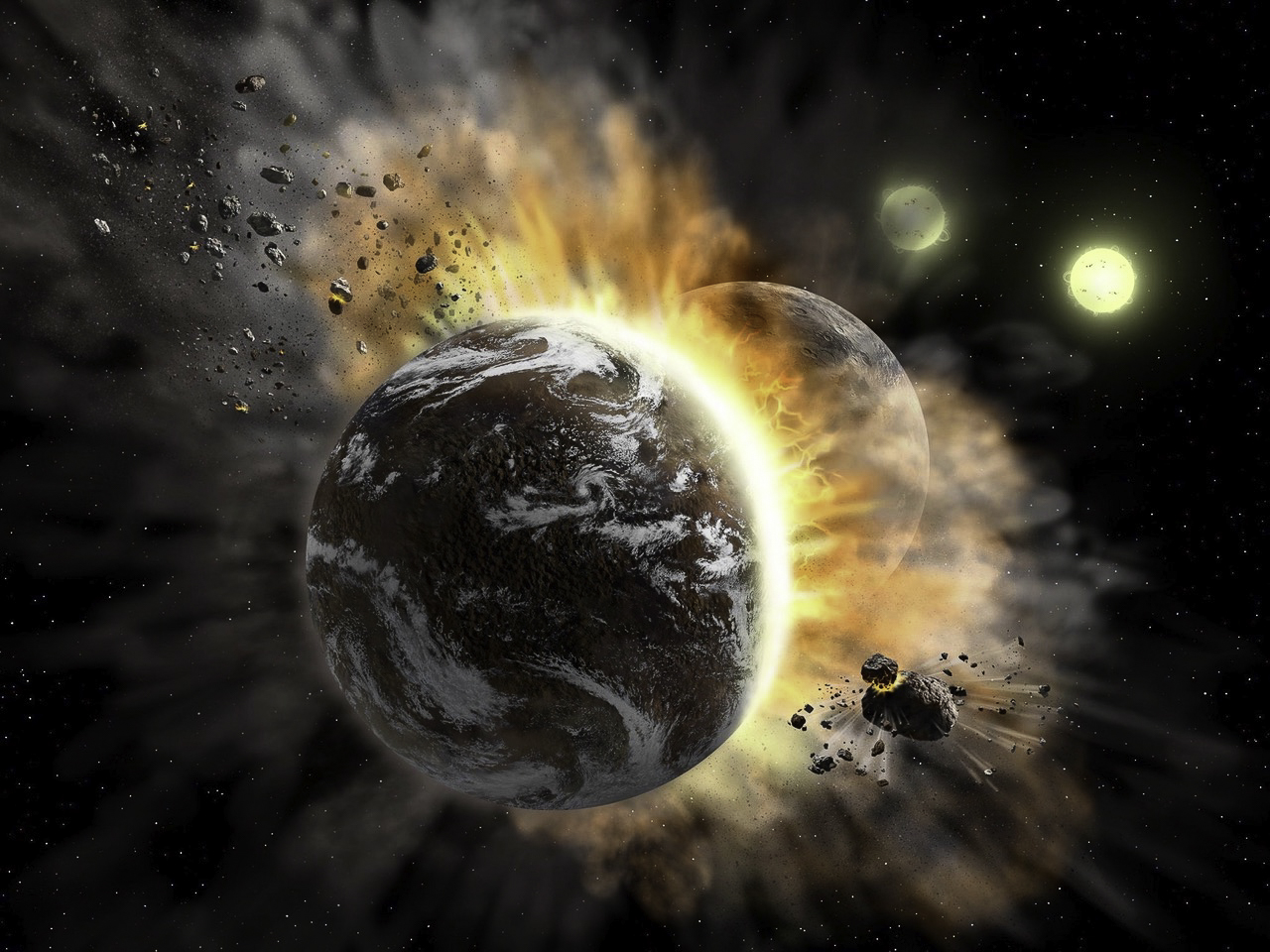 Glass is born of earth and fire, and our modern world would be unrecognizable without this remarkable material in our lives. Most people think of glass only as a manufactured material, but glass is also created as a result of natural processes operating at the Earth’s surface—volcanic eruptions, lightning strikes, meteorite and asteroid impacts, and other high-heat geologic phenomena. Silicon (Si) is the second most common element on our planet after oxygen. About 60 percent of the Earth’s crust contains silicon in the form of silica or other silicates. Silica, or silicon dioxide (SiO2), is the most abundant chemical compound in the earth’s crust—and the key ingredient in the creation of glass, either by natural processes or by manufacture. Silica is highly resistant to both mechanical and chemical weathering. This durability makes it the dominant mineral in the mountain ranges that grace our world and the primary constituent of beach, river, and desert sand. Silicon is so ubiquitous in our planet’s deep earth chemistry that a geologist can tell you which volcanoes will explode, and which will simply ‘flow’ on eruption, just by analyzing how much silicon the lava contains.

Silica’s widespread presence on Earth is no surprise, as silica dust has been found throughout the universe and in meteorites that predate our solar system. Stars are the universe’s factories, and many of the chemicals that compose our planet, our bodies, and all life on Earth were formed directly by stars. Within their fiery cores, stars convert simple elements like hydrogen into heavier elements. These heavier elements, such as carbon and nitrogen, are the elements essential for life as we know it. We are all, quite literally, made of star dust. What does star dust, and especially silica dust, have to do with the formation of glass in nature? To answer this question and explore the extraordinary legacy of silica in inspiring human invention and creativity, we’ll first travel back in time several billion years.

The current consensus among scientists, astronomers and cosmologists is that a mega-explosion—the Big Bang—gave rise to our universe some 13.8 billion years ago. It is believed that at the moment of the Big Bang, all of the energy in the universe – some of which would later become galaxies, stars, planets and human beings – was concentrated into a tiny point, which scientists theorize as having been smaller than the nucleus of an atom. Not only did the Big Bang generate the majority of matter (including hydrogen), it also set in motion the physical laws that govern our ever-expanding cosmos. According to modern cosmological theory, matter and space and time all began when that microscopic point suddenly expanded violently and exponentially. 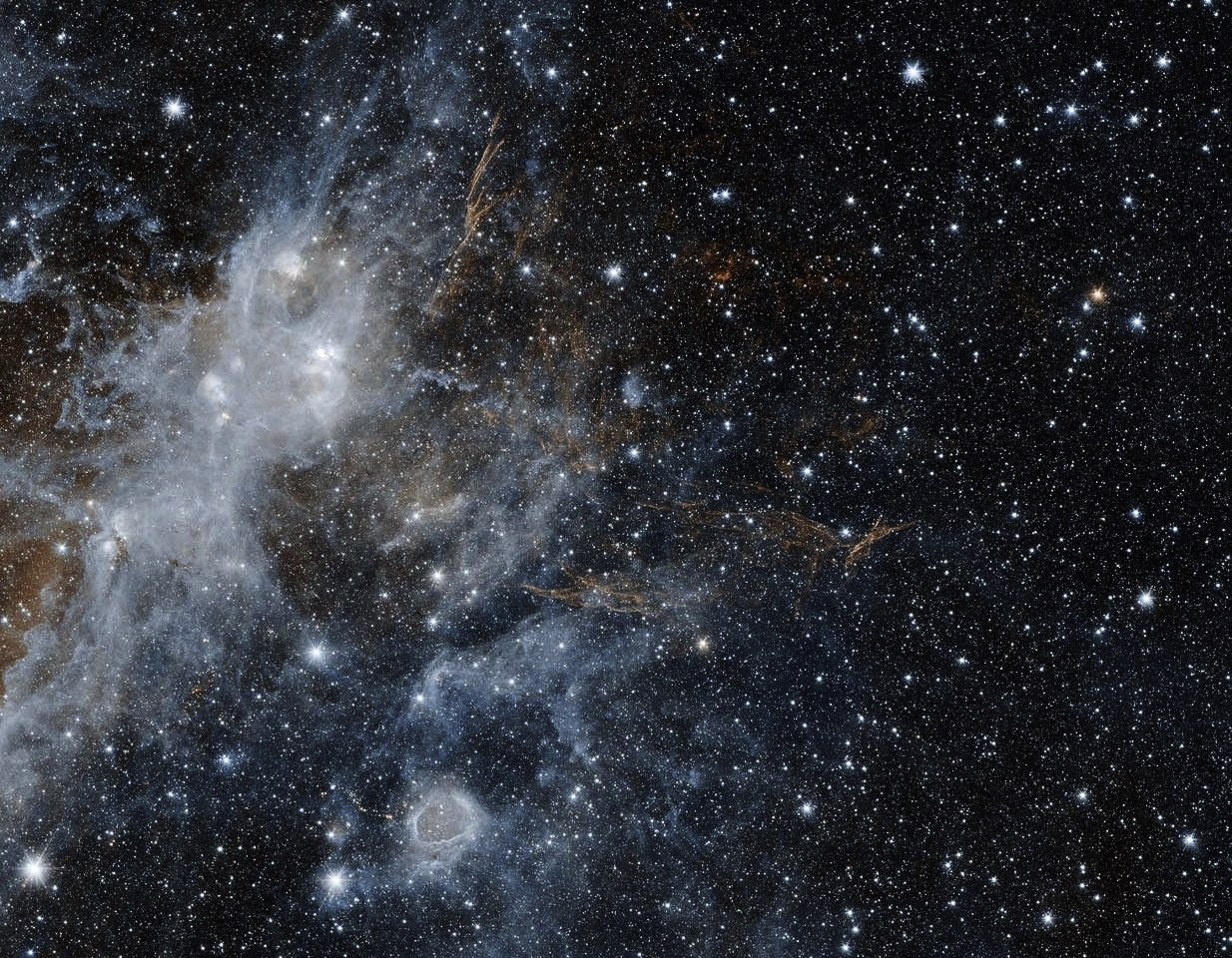 Photo Credit and Quote: NASA/JPL-Caltech/IPAC and phys.org. “This extraordinary 2010 image captures the fading ghost of a long-dead star. Thin, red veins of energized gas mark the location of the supernova remnant HBH3 in this image from NASA’s Spitzer Space Telescope. Spitzer sees the universe in infrared light, which is slightly less energetic than the optical light we can see with our eyes. HBH 3 is about 150 light-years in diameter, ranking it amongst the largest known supernova remnants. It is also possibly one of the oldest: Astronomers estimate the original explosion may have happened anywhere from 80,000 to one million years ago.The puffy, white feature in the image is a portion of the star forming regions W3, W4 and W5. Infrared wavelengths of 3.6 microns have been mapped to blue, and 4.5 microns to red. The white color of the star-forming region is a combination of both wavelengths, while the HBH3 filaments radiate only at the longer 4.5 micron wavelength.”

In 2018, an international team of scientists used NASA’s Spitzer Space Telescope to analyze the light being emitted by a collapsing mega-cluster of stars and detected silica—the main component of glass—in the remnants of two distant supernova (Cassiopeia A and G54.1+0.3) billions of light years from Earth. The researcher’s identification of silica’s “fingerprint” was based on the specific wavelength of light that the material emits. A supernova event occurs when a star much more massive than our sun burns through the fuel in its core, which causes the star to collapse catastrophically on itself. The rapid in-fall of matter generates an intense explosion that can fuse atoms together to create “heavy” elements, like sulfur, calcium and silicon. According to Dr. Haley Gomez, from Cardiff University’s School of Physics and Astronomy, “We’ve shown for the first time that the silica produced by the supernovae was significant enough to contribute to the star dust throughout the Universe, including the dust that ultimately came together to form our home planet about 4.6 billion years ago. Every time we gaze through a window, walk down the pavement or set foot on a sandy beach, we are interacting with material made by exploding stars that burned millions of years ago.”

The image shown above of supernova remnant G54.1+0.3 includes radio, infrared and X-ray light. To identify silica in Cassiopeia A and G54.1+0.3, the research team used archival data from Spitzer’s IRS instrument and a technique called spectroscopy, which takes light and reveals the individual wavelengths that compose it. Chemical elements and molecules each emit very specific wavelengths of light, which gives them a distinct spectral “fingerprint” that high-precision spectrographs can identify.