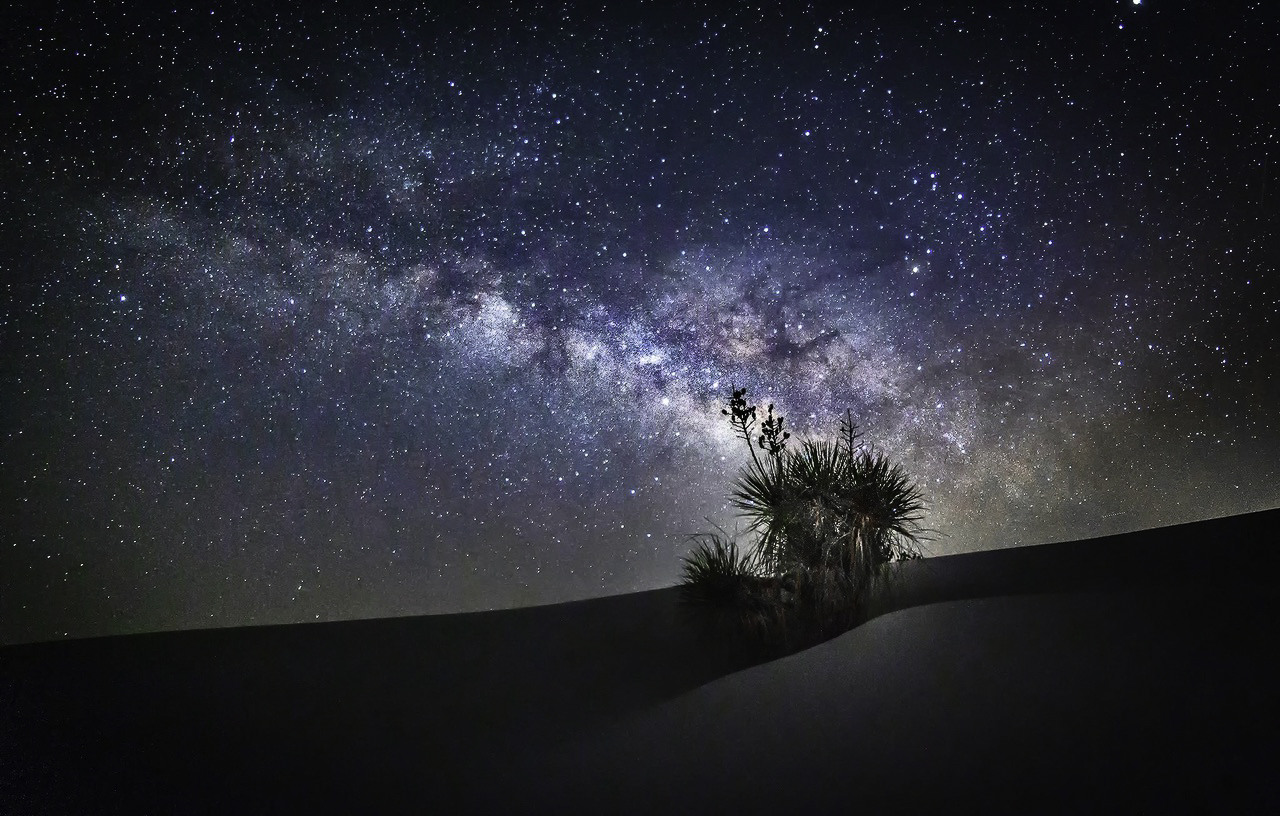 This stunning photo of the Milky Way over the dunes of White Sands National Park was part of an invitation to join park rangers in August 2021 to observe this year’s spectacular Perseid Meteor Shower. Silicon is present in the sun and stars and is a principal component of a class of meteorites known as aerolites.

Meteorites are space rocks that fall to Earth’s surface. They are the last stage in the existence of these types of space rocks. Before they were meteorites, the rocks were meteors. Before they were meteors, they were meteoroids orbiting the sun. Meteoroids become meteors when they crash into Earth’s atmosphere and the gases surrounding them briefly light up as “shooting stars.” While most meteors burn up and disintegrate in the atmosphere, many of these space rocks reach Earth’s surface in the form of meteorites. The largest meteorite found on Earth is the Hoba meteorite discovered in Namibia in 1920, which tips the scales at roughly 119,000 pounds.

Meteorites crash through the atmospheres of all planets and moons in our solar system. Some planets and moons don’t have enough atmosphere to break apart meteors, which results in large meteorites. These larger meteorites create deep, round impact craters that can be found all over our Moon, Mercury, and Mars. Most meteorites look very much like rocks found on Earth, except that they usually have a dark, burned exterior. This exterior is formed as friction from the atmosphere melts the meteorite as it crashes toward Earth. Known as thermal ablation, this process can also give meteorites a roughened, smooth, or thumbprint surface. Thermal ablation creates these different textures due to different chemicals present in the meteorite. 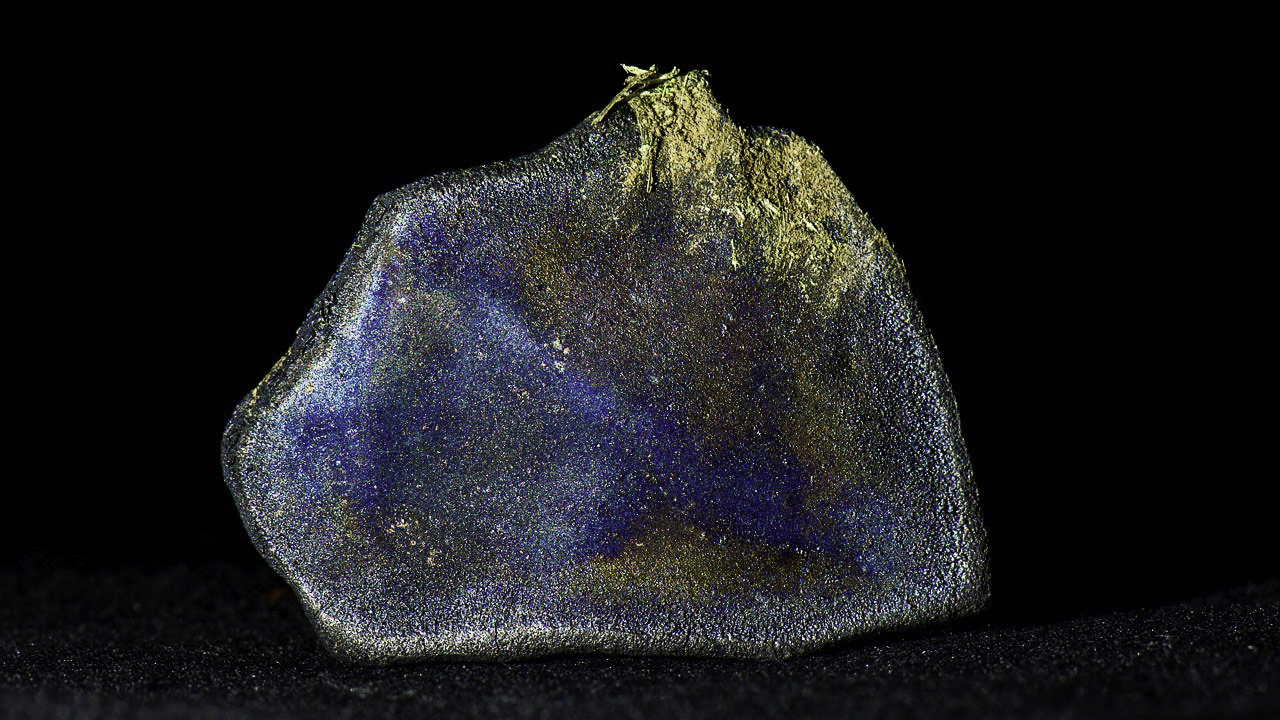 A bit past 9 o’clock on the 23rd of April, 2019, a fiery emissary from space streaked across the skies of Costa Rica. Marcia Campos Muñoz, hearing a strange and foreboding rumble, tiptoed outside to calm her barking dog and check on the cow pastures ringing her small house in Aguas Zarcas, a village carved out of Costa Rica’s tropical rainforest. Nothing. She ducked back inside, just before a blast on the back terrace rattled the house to its bones. On the terrace, she found a grapefruit-size hole in her corrugated zinc roof and a smashed-up plastic table. The culprit was scattered on the floor, in pieces as black as coal, and Campos Muñoz picked up the biggest fragment, still warm to the touch. Her phone was already ringing with messages from friends telling of blazing fireballs and rocks raining down on farms and fields. An asteroid the size of a washing machine had broken up in the skies over the village, and the excitement was about to spread globally. 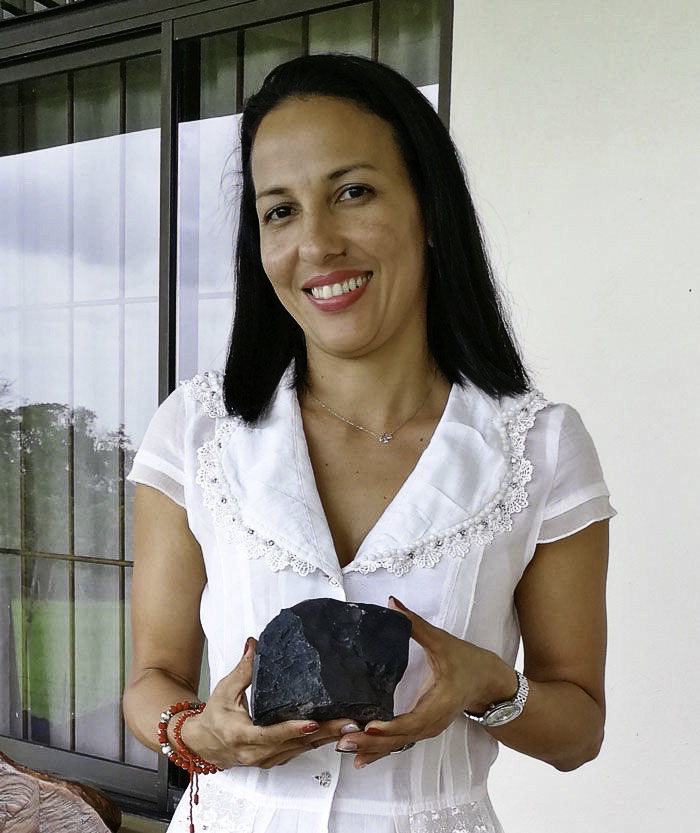 Photo Credit: Andrea Solano Benavides. Marcia Campos Muñoz held off selling her largest meteorite chunk, even as its value surpassed that of gold.

Meteorites are not uncommon: Every year, tens of thousands survive the plunge through Earth’s atmosphere. More than 60,000 have been found and classified by scientists. But meteorite falls, witnessed strikes that take their name from where they land, are rare—just 1196 have been documented. And even among that exclusive group, there was something extraordinary about this particular meteorite. Geologists describe this type of meteorite as a breccia—a mashup of different primordial bodies. The dull stone was, as far as rocks go, alive with possibility—a time capsule holding a treasure trove of minerals and molecules forged billions of years ago.

Aguas Zarcas, as the fragments would soon collectively be called, belongs to a rare class of meteorites—carbonaceous chondrites—and represents a pristine remnant of the early Solar System. True to their name, carbonaceous chondrites are rich in carbon—and not just inorganic carbon, but also complex organic molecules, including amino acids, which are the building blocks of proteins. They illustrate how chemical reactions in space (exposure to light, heat, and water) give rise to the complex precursors for life; some scientists believe space rocks like Aguas Zarcas gave life a nudge when they crashed into a barren Earth 4.5 billion years ago.

The Aguas Zarcas meteorite resembled a legendary carbonaceous chondrite that exploded in 1969 over Murchison, an Australian cattle town. To date, scientists have recognized nearly 100 different amino acids in it, many used by organisms on Earth and many others rare or nonexistent in known life. Hundreds more amino acids have been inferred but not yet identified. Murchison also contained nucleobases, the building blocks of genetic molecules such as RNA, and in November 2019, researchers found a major component of RNA’s backbone: the sugar molecule ribose. This half-century parade of discoveries jump-started the now-flourishing field of astrobiology. “We’re not detecting life itself, but the components are all there,” says Daniel Glavin, an astrobiologist at NASA’s Goddard Space Flight Center. The 30 kilograms of primordial leftovers from Aguas Zarcas hold similar promise.