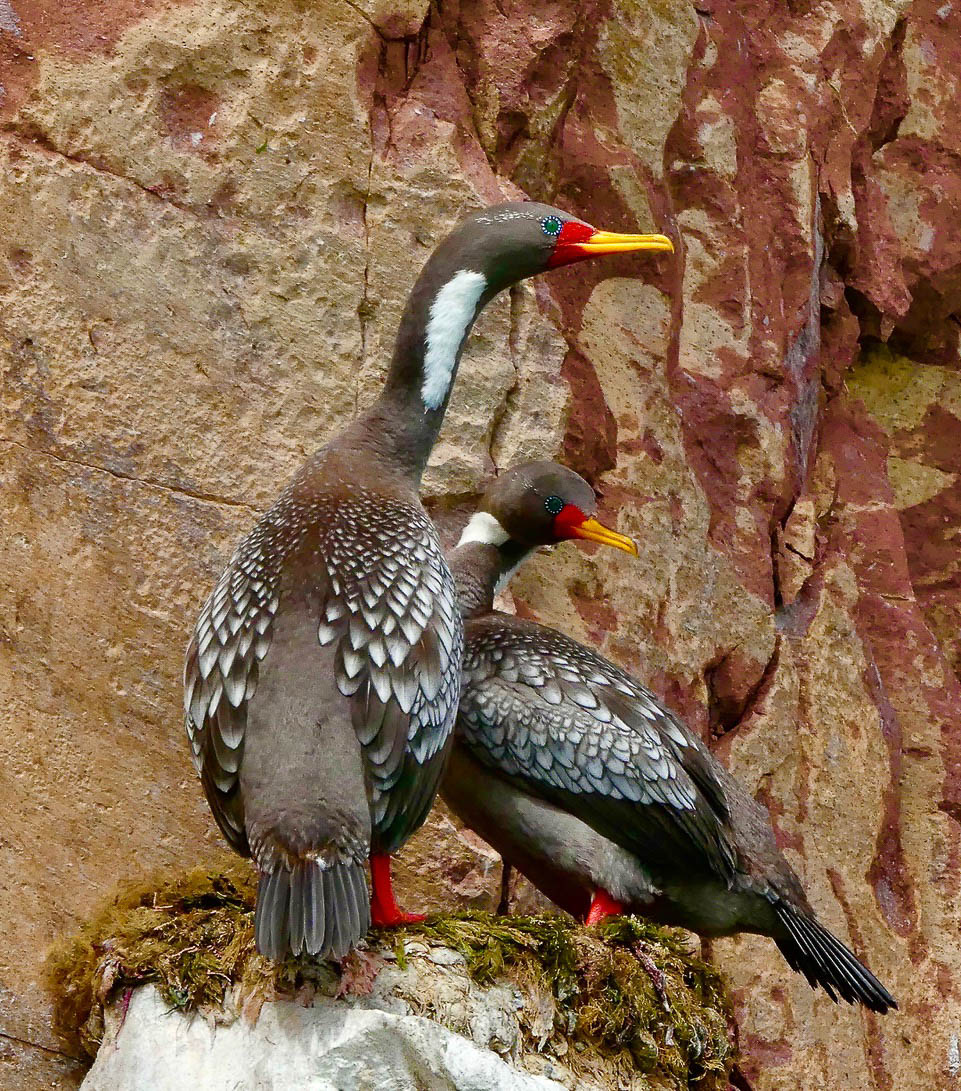 Photo Credits: All photos courtesy of Audrey DeLella Benedict and they were taken on Cloud Ridge Naturalists trips. These are Red-Legged Cormorants at their nest on a cliff near Puerto San Julian in Argentine Patagonia. When the geology is as vibrantly colored as the birds are you can’t help but be reminded of the extraordinary beauty of our planet.

I subscribe to the stewardship vision best expressed by the great Senegalese environmentalist Baba Dioum—we are moved to conserve what we understand and love. We have arrived at a juncture where we must make crucial decisions about the paths we will follow in coming to terms with the Anthropocene and our role in unraveling the biodiversity we all cherish. Every so often, in researching the topics for our ePostcard series, I discover a book that deserves special mention for the sheer pleasure of reading good writing interwoven with excellent science. I’ll be interspersing A Naturalist’s Bookshelf whenever thematically appropriate in our ongoing ePostcard series. My intent is simply to introduce books that I think you will enjoy. 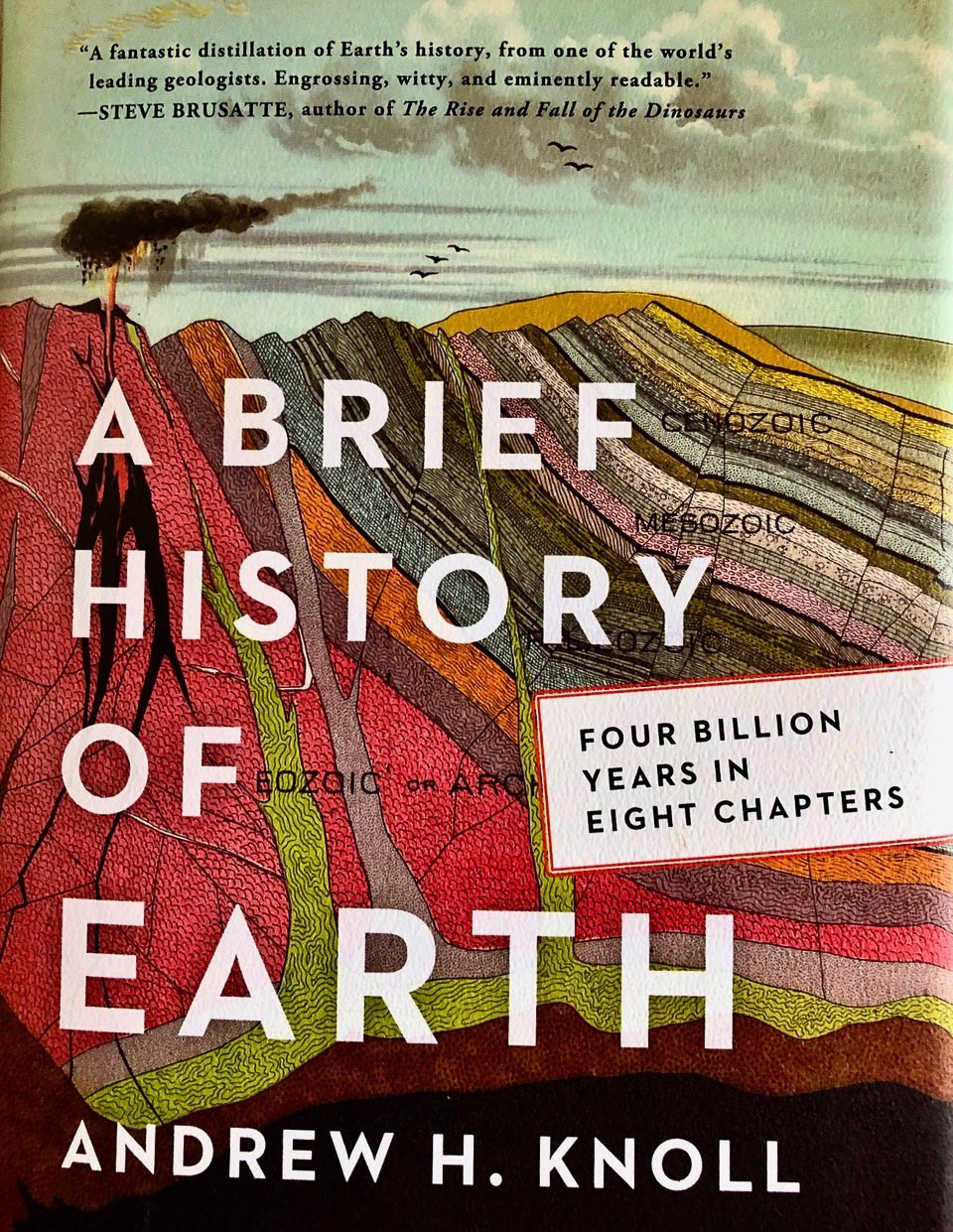 I often struggle in trying to explain my abiding fascination with geology. In summarizing his own explorations into Earth’s intricacies, the acclaimed author John McPhee once wrote, “If by some fiat I had to restrict all this writing to one sentence, this is the one I would choose: The summit of Mount Everest is marine limestone.” Having spent a couple months in 1971 gazing at Everest’s summit from my late husband’s research basecamp, I read McPhee’s one-liner as the ultimate encapsulation of Earth’s dynamism. If I could invoke that same evocative minimalism in my own writing I’d be very proud!

I believe that A Brief History of Earth: Four Billion Years in Eight Chapters, by Andrew H. Knoll, is the perfect book to launch you on your own journey of discovery in understanding our planet and the life it sustains. Geologist Andrew Knoll’s book takes you behind the scenes—4.6 billion years to be exact—in a beautifully written, skillfully condensed history of the Earth. Dr. Knoll is the Fisher Professor of Natural History at Harvard University, where he has been for the last four decades. He also served on the science team for NASA’s Mars Exploration Rover Mission, so he writes with an extraordinary perspective on the stark differences between Earth and Mars. A Brief History of Earth distills the fruits of a lifetime spent trying to understand our planet and the life it sustains. It provides a great introduction for many of the upcoming ePostcards in our ongoing series on evolution, extinction and the natural history of our beautiful world.

Special Note: You can find A Brief History of Earth by Andrew H. Knoll at Amazon, your local bookstore and at Audible (Audiobooks) or Kindle. 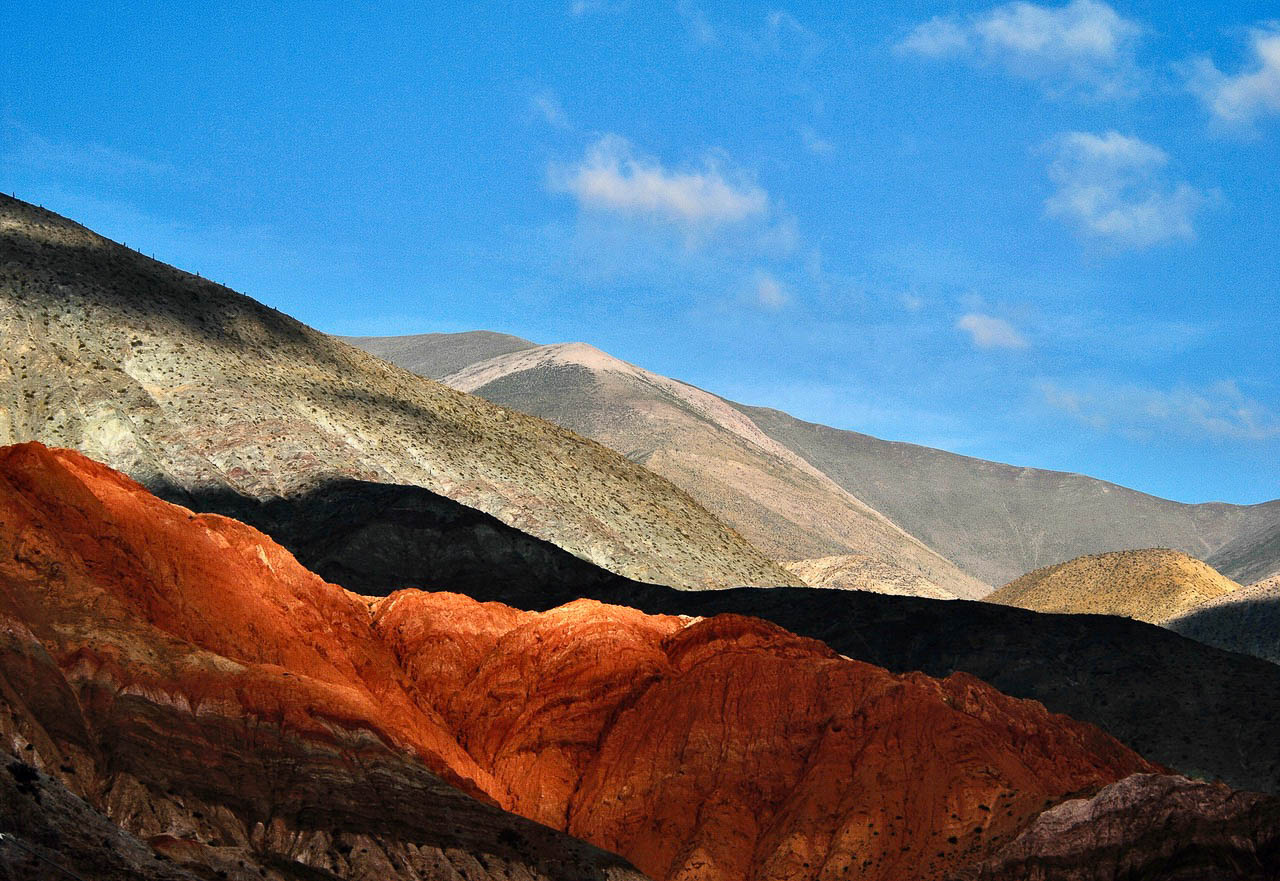 Rich earth colors pattern our route across the Andes in Argentina.

This ancient seabird pictograph at Easter Island (Rapa Nui) is made from the natural pigments produced from the island’s volcanic rocks. 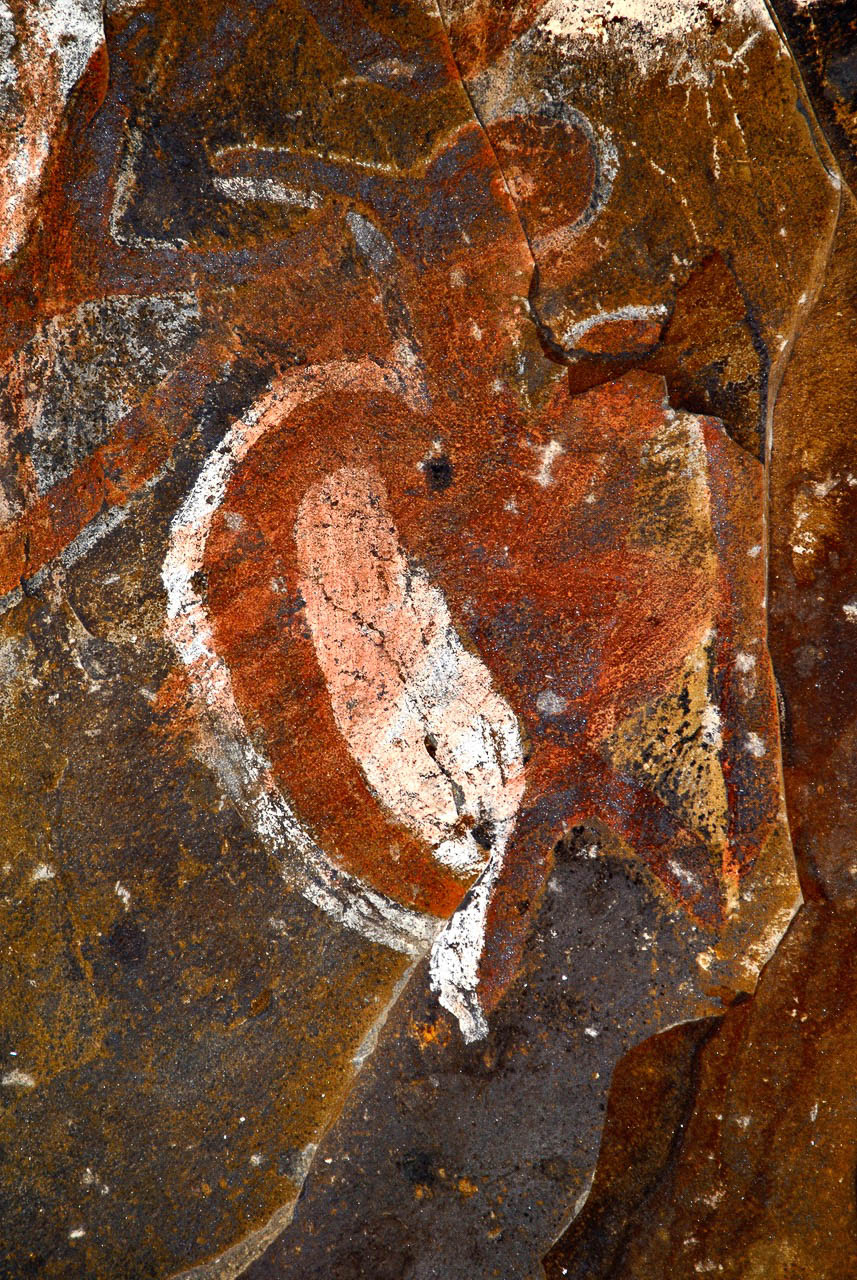