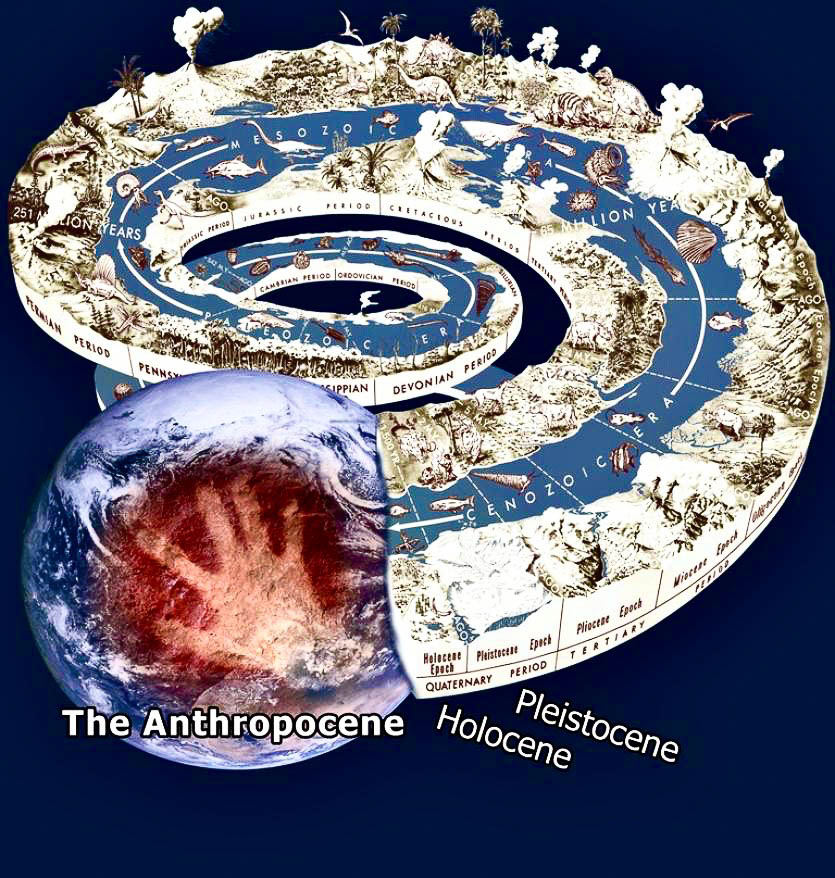 I subscribe to the stewardship vision best expressed by the great Senegalese environmentalist Baba Dioum—we are moved to conserve what we understand and love. Every so often, in researching the topics for our ePostcard series, I discover a book that deserves special mention for the sheer pleasure of reading good writing interwoven with excellent science. I’ll be interspersing A Naturalist’s Bookshelf whenever thematically appropriate in our ongoing ePostcard series. My intent is simply to introduce books that I think you will enjoy.

Human activity has fundamentally transformed our planet. We live on every continent and have directly affected at least 83% of the planet’s viable land surface. Our actions have impacted everything from the makeup of ecosystems to the geochemistry of Earth, from the atmosphere to the ocean depths. Extraordinary losses in global biodiversity are happening on our watch. Whether the causal agents are global warming, habitat degradation and loss, the spread of exotic or invasive species, the plastic crisis, and myriad types of environmental pollution, we are the driving force behind the accelerating pace of extinctions worldwide. To deny that the geologic-scale forces driving the profound changes we see in Earth’s systems are human-caused is to bear witness to a false sense of reality that will be our undoing.

Many scientists define this critical juncture in our planet’s history by the scale of human influence, and label it as a new geological epoch called the Anthropocene. The term was first proposed by Paul Crutzen, a Dutch chemist who shared a Nobel Prize for discovering the “ozone hole” and identifying the environmental effects of ozone-depleting compounds. The Holocene, the most recent epoch in the Earth’s geological timeline, began at the end of the last ice age, about 11,700 years ago, and is still in general usage. Before the Anthropocene Epoch and its inclusion in the geological time scale is finalized, the Anthropocene Working Group (AWG), a committee of 34 researchers formed by the International Commission on Stratigraphy (ICS) in 2009, must agree on a representative marker in the rock record that identifies the point at which human activity exploded to such a massive scale that it left an indelible signature on the globe.

Changing climate is not a unique feature of the Anthropocene. Earth’s environments have been in a constant state of creation, destruction, and change for the planet’s entire history. As you learned in ePostcard #153, which focused on the Big Five mass extinctions, volcanism, ice ages and climatic changes, lack of oxygen, the impact of asteroids, or – most likely, a concoction of them all – was to blame in the past. The last 6 million years, when the Hominina (humans and extinct biped ancestors) first appear in the fossil record, were particularly volatile and saw many different shifts in environments. The key to hominid survival in these settings was the extraordinary ability of our ancestors to alter their behavior and the world around them. 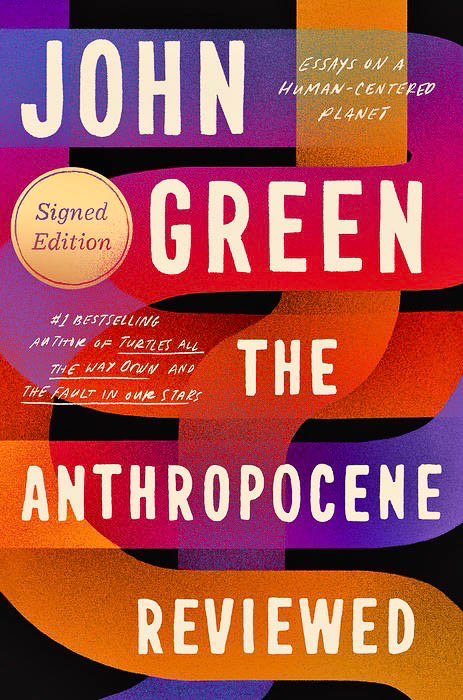 In his new book, The Anthropocene Reviewed, John Green offers us a remarkable collection of 40 short essays that explore how to live in the midst of environmental uncertainty without wallowing in despair. Like many of us, Green looks at the changes we face with a mix of dread, bewilderment and the need to find hope. He uses humor, wisdom and a keen sense of human connections in order to provide another perspective in how to navigate this rapidly changing world. Early on in this book, Green notes the contradiction of human power at the heart of living in the Anthropocene. “We are at once far too powerful and not powerful enough,” he writes, being able “to radically reshape the Earth’s climate and biodiversity but not powerful enough to choose how we reshape it.” But he is also frank in asserting that to live in this hyperconnected, hyper-accelerated world also means there can be no escape. More importantly, being a disinterested observer is not an option because we are all participants in what is happening.

Author John Green is the award-winning, #1 bestselling author of books including Looking for Alaska, The Fault in Our Stars, and Turtles All the Way Down. His books have received many accolades, including a Printz Medal, a Printz Honor, and an Edgar Award. John has twice been a finalist for the LA Times Book Prize and was selected by TIME magazine as one of the 100 Most Influential People in the World. He is also the writer and host of the critically acclaimed podcast The Anthropocene Reviewed. With his brother, Hank, John has co-created many online video projects, including Vlogbrothers and the educational channel Crash Course.