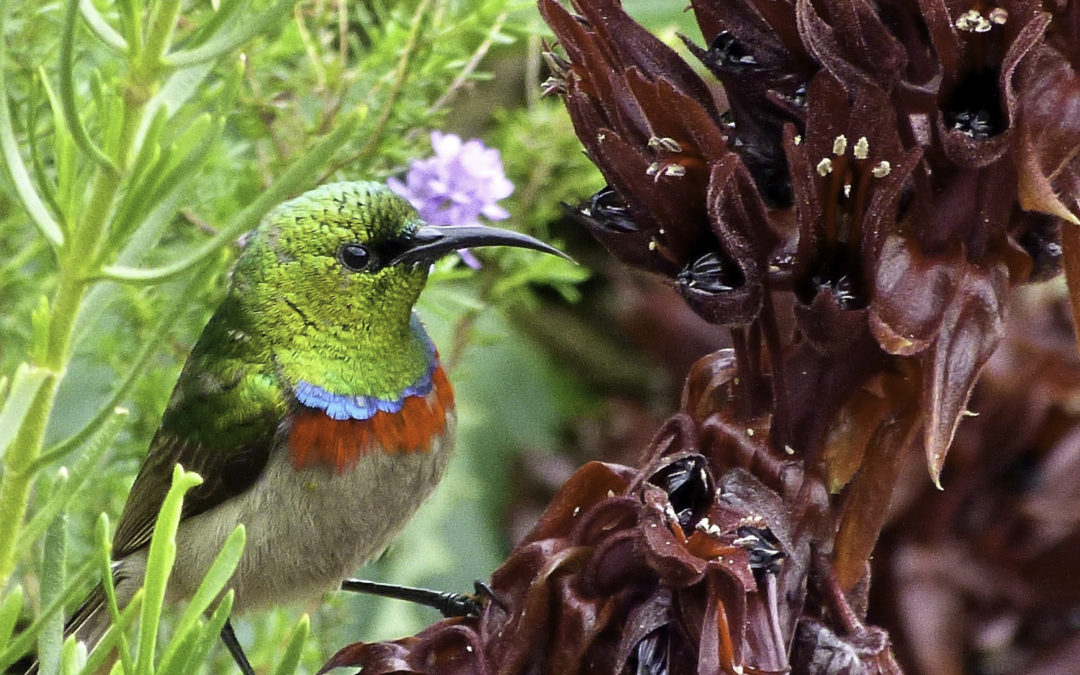 When South Africa’s fynbos and succulent shrublands are in full bloom, watching sunbirds is a visual meditation, their gem-like colors–emerald, sapphire, ruby, and topaz–sparkling in the sunshine. Sunbirds are members of the family Nectariniidae, the Latin referring to their preference for feeding on nectar. Three main lineages of nectarivores (nectar specialists) have evolved on different continents – sunbirds (Africa), hummingbirds (the Americas), and honeyeaters (Australia). Each lineage exhibits evolutionary convergence in morphology and physiology. Sunbirds have long down-curved bills, perfectly shaped to fit into the corolla of their preferred nectar flowers, and an extendable, brush-tipped tubular tongue that withdraws nectar via capillary action. The bill is also equipped with a finely serrated tip that allows the sunbird to cut into the side of the corolla to gain access to nectar when necessary. Nectar-secreting organs (or nectaries) are sometimes located outside the flower and attract a surprising diversity of non-specialist nectar sippers, such as the Orange River white-eye and the red-winged starling shown in the last two images.

Sunbirds are active, warbler-like passerines that bear a superficial resemblance to hummingbirds, which occur only in the Americas. The males are extremely colorful, due partly to their iridescent feathers, which change in brilliance and hue depending on the lighting conditions (thus the common name, sunbirds). Females are generally less colorful than males and lack their iridescence. Sunbirds sometimes hover like hummingbirds, but most perch while feeding. While most sunbirds are nectar aficionados, they will also take insects, especially when feeding their young. Fruit is also part of the diet of some sunbird species. In contrast to the tiny, cup-shaped nests of hummingbirds, the nests of sunbirds are generally purse-shaped, enclosed, and suspended from slender branches with silken cordage made from spiderwebs.

Nectar is a sugar-rich liquid produced by flowers and you might think of it as a “visitor reward system” for attracting potential pollinators, especially insects and birds. Although often described as the simplest food on earth, nectar poses physiological challenges for avian nectarivores because of their energetic lifestyles and high metabolic rates. For sunbirds and hummingbirds, the low sugar concentration (dilution) typical of bird nectars, in contrast to insect-attracting nectars, forces them to consume copious quantities in order to produce the energy necessary for survival. Heavy rainfall often adds to the problem by increasing the nectar dilution factor. When nectar availability or quality declines, hummingbirds readily resort to torpor. Sunbirds, on the other hand, have kidney (renal ) and digestive adaptations that allow them to cope with short-term fasts and rapidly restore energy balance without undergoing torpor. 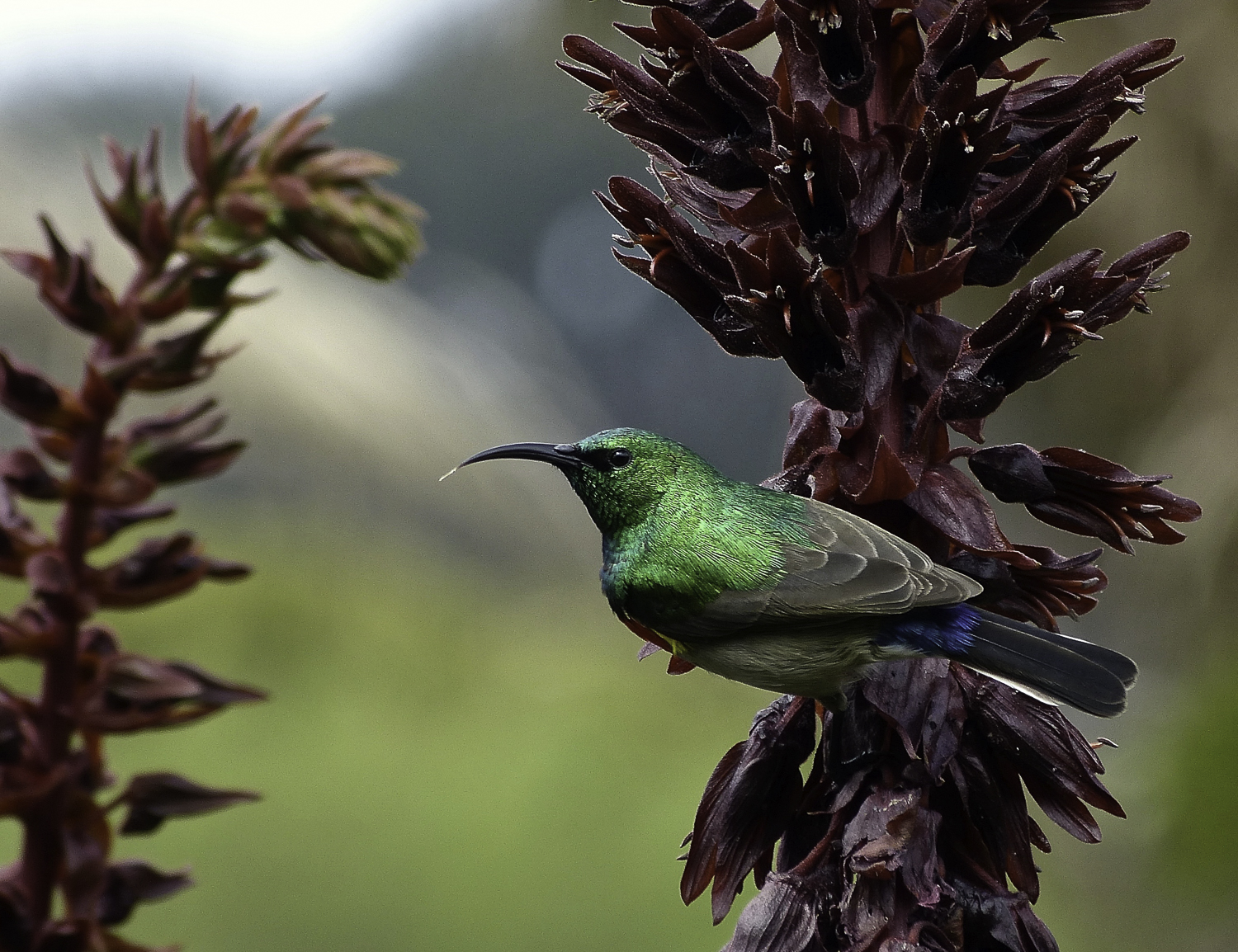 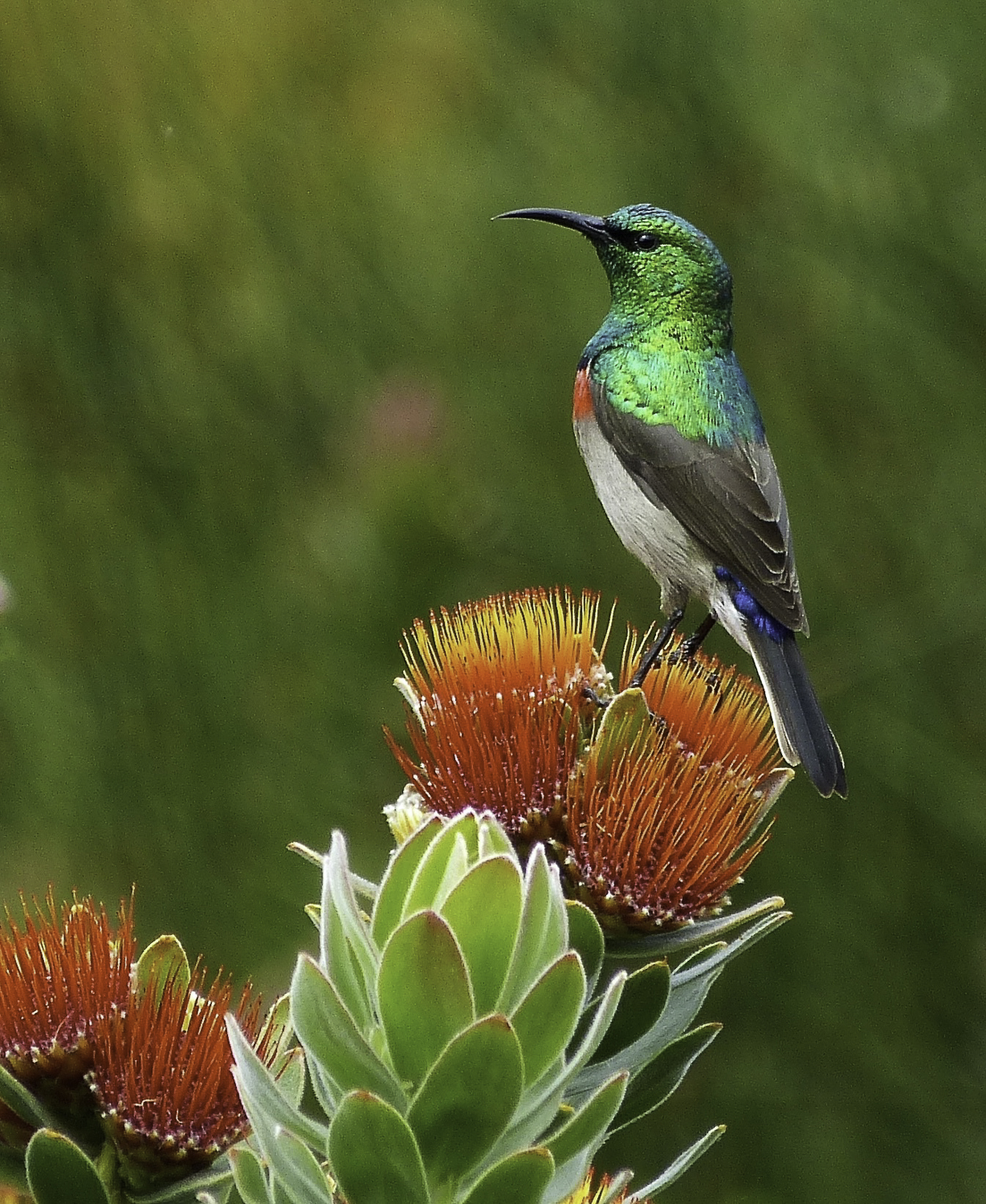 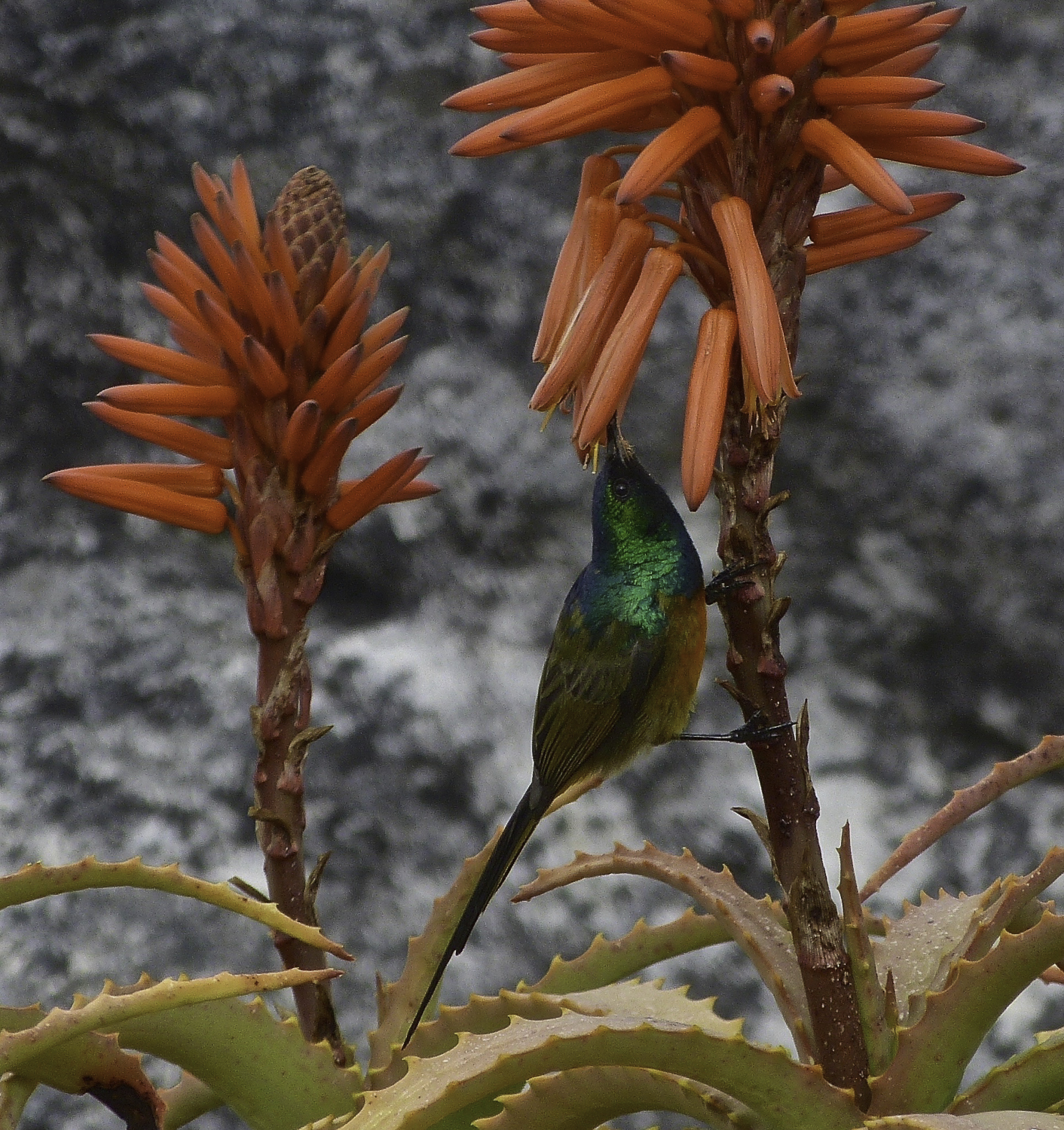 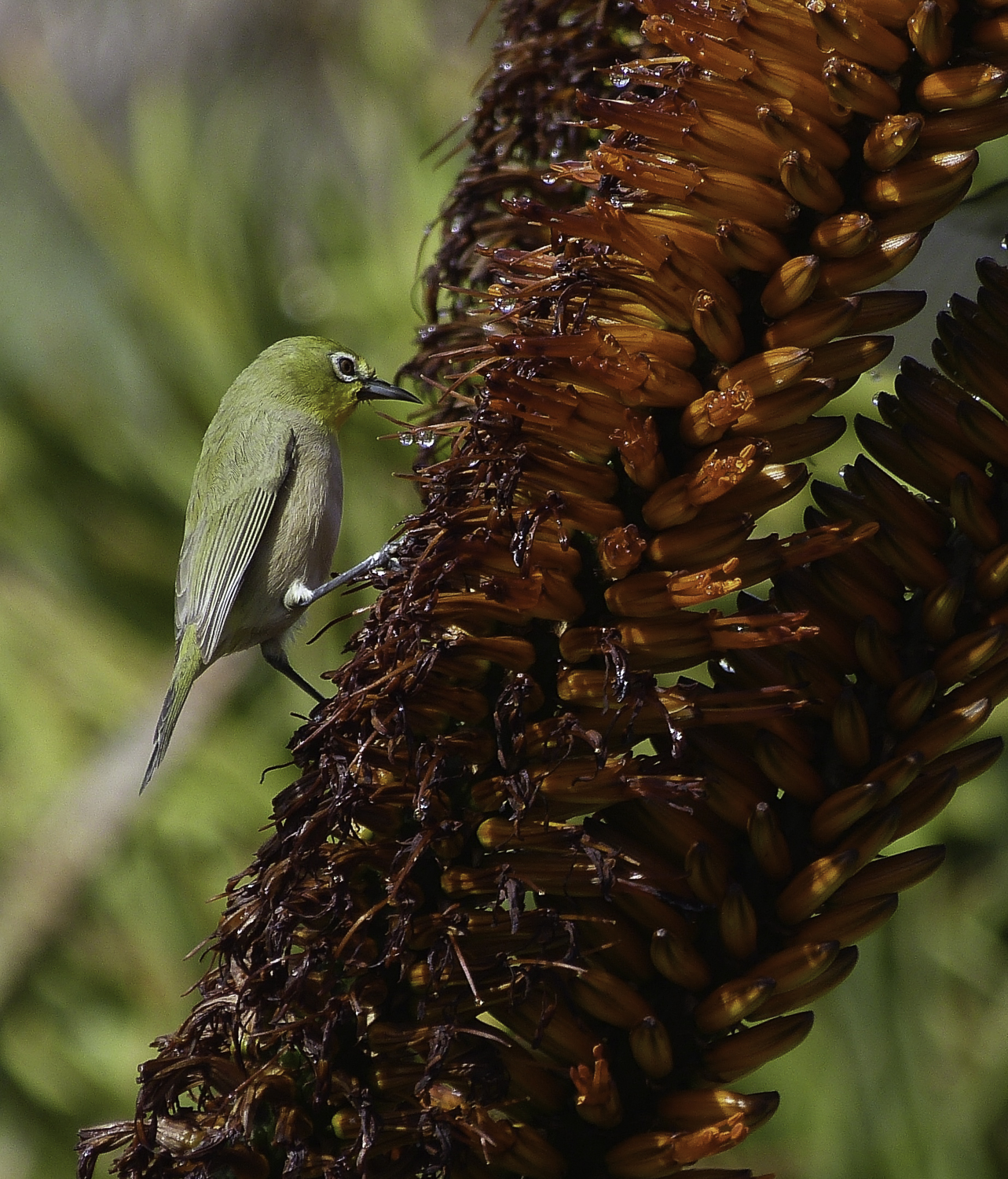 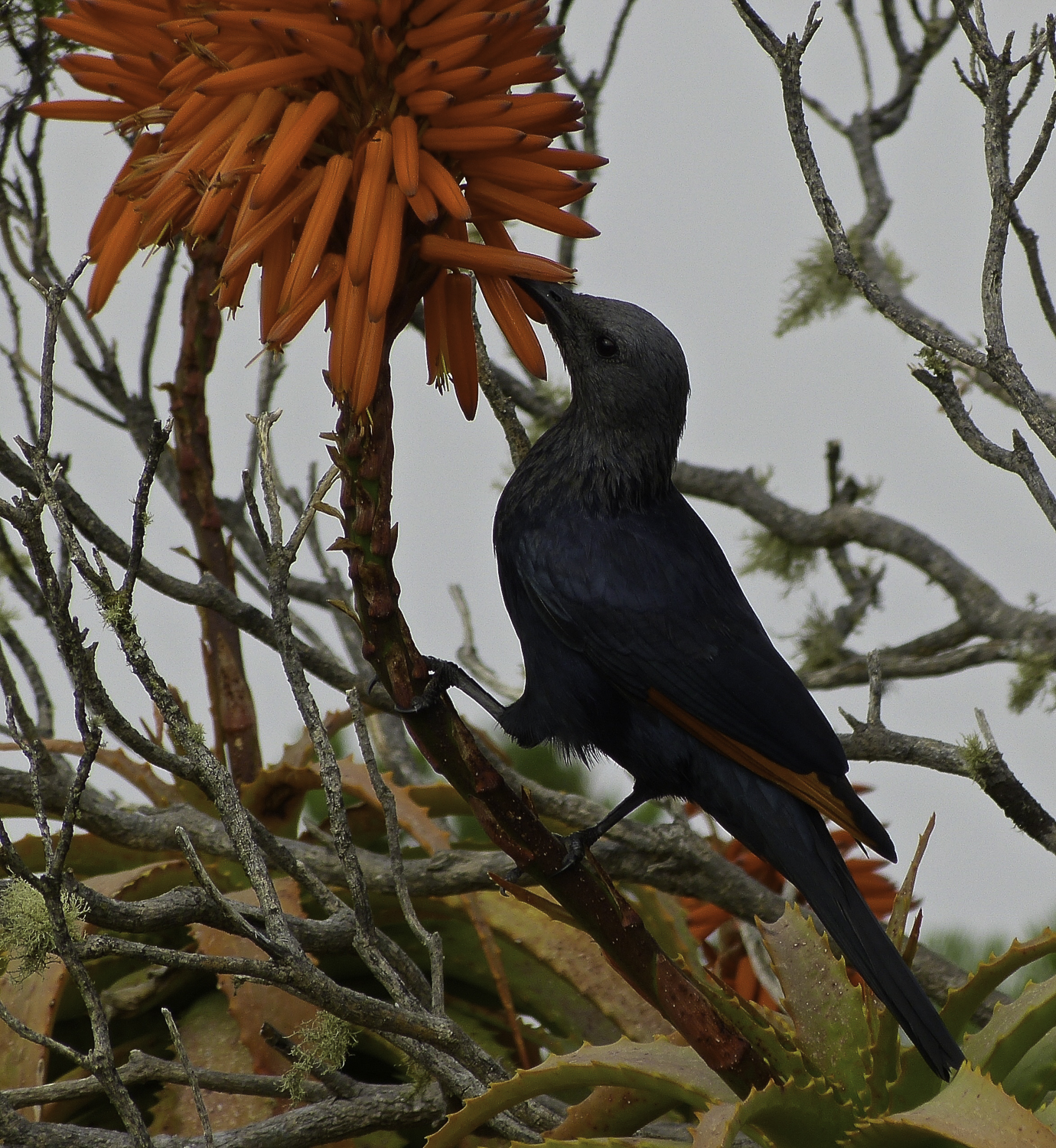