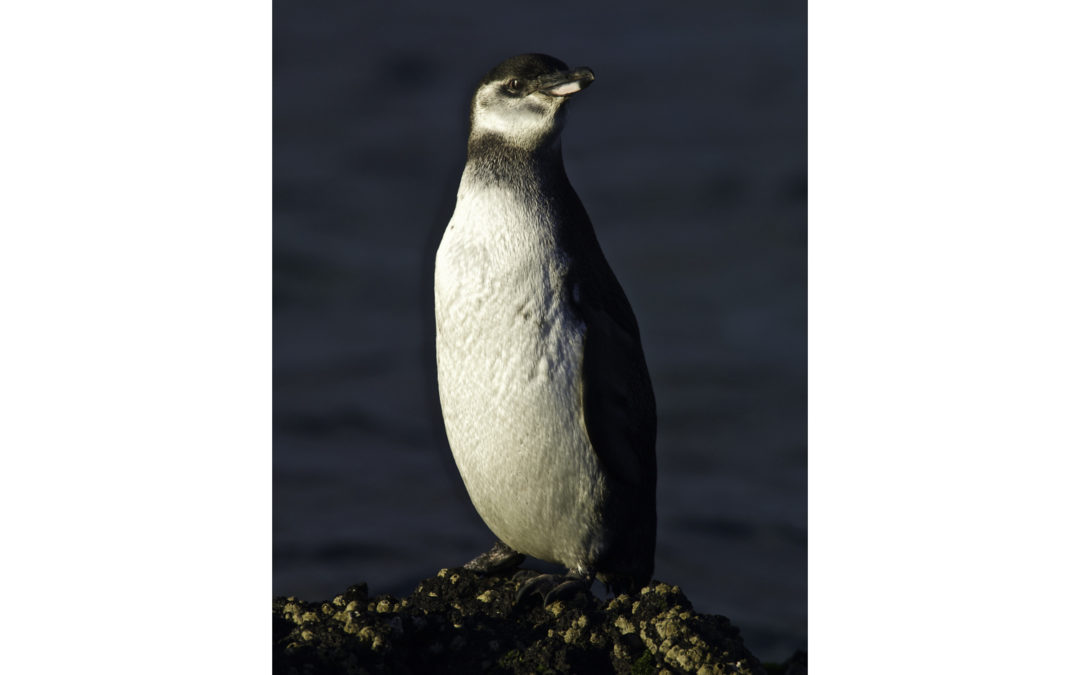 on ePostcard #24: Flightlessness Works (Galápagos) In his seminal work, On the Origin of Species, Darwin suggested that there were evolutionary consequences for animals resulting from what he referred to as “the use and disuse” of various anatomical parts. Unlike penguins, ostriches, kiwis, and emus—which evolved into their flightless forms more than 50 million years ago—the Galápagos cormorant diverged from its flying relatives about 2 million years ago. That more recent split suggests that a relatively small number of genetic changes differentiate high-flying cormorants from their land and sea-tethered cousin. Penguins are Southern Hemisphere seabirds and all 6 genera of living penguins are flightless. The oldest known fossil penguin is about 55 million years old, but we still don’t know which ancestral flying seabird—loon, albatross, or frigatebird—ultimately gave rise to the modern species we see today. For most birds, flightlessness would be a severe problem. But, as Charles Darwin concluded after visiting the Galápagos, isolation can allow species with such seeming disadvantages to thrive. Although Darwin never managed to observe the endemic Galápagos penguin in the islands, he would eventually see several members of the banded penguin genus Spheniscus during his voyage. This ePostcard focuses on the evolution of flightlessness and stars the Galápagos cormorant.

The elegant shape and plumage of members of the cormorant family runs the gamut from your basic black “feather dress” to a designer’s palette of colors, as you see in my photo of the red-legged cormorant, which is found on both the Atlantic and Pacific coastlines of South America, and the double-crested cormorant photographed off the coast of Baja. The plumage of Galápagos cormorants is undeniably subtle, with black on top and dark brown underneath, highlighted by bright turquoise eyes that never fail to surprise. This endemic species is the heaviest of all 29 cormorant species, and also the only flightless cormorant.

Large body size, such as we see in the Galápagos iguanas and the giant tortoises, often evolves in island animal populations. For birds, however, the heavier the body, the more energetically-costly it is to fly. The Galápagos cormorant has conspicuously stunted wings that are one third the length of other cormorant species. Although the wings are stubby, they are used for balance as cormorants jump from rock to rock along the coast. Unlike penguins, cormorants do not ‘fly’ underwater, but tuck in their wings and kick with their powerful hind legs, using their flexible necks to spear octopus and fish from inside small refuges in the reefs and rocks. Galápagos cormorants occupy a very restricted range, and are found almost exclusively on Isla Fernandina and the northern and western coasts of Isla Isabela, a distribution pattern that coincides with the seasonal upwelling of the eastward flowing Equatorial Undercurrent, which provides cold nutrient rich water to the western islands of the archipelago.

Currently, there are around 1,000 breeding pairs of Galápagos cormorants on Isabela and Fernandina, with most remaining within a several hundred meter stretch of coastline their entire lives. The courtship behavior of this species begins in the sea; the male and female swim around each other with their necks bent into a snake-like position.They then move onto land. Items of seaweed (and also flotsam and rope fragments) are brought predominantly by the male and gifted to the female to be woven into a bulky nest, just above high water mark. Nesting tends to take place during April–October, when sea surface temperatures are coldest, which results in an abundance of marine food and also reduces the risk of heat stress for the chicks.

How do species like the Galápagos cormorant loose the ability to fly in the first place? Geneticist Leonid Kruglyak (University of California) began studying flightless cormorants after a visit to the Galápagos. Since conclusive genetic studies on this species were nonexistent, Kruglyak’s team set out to sequence its DNA, using samples from the lab of Patricia Parker (University of Missouri). The team compared the DNA of the Galápagos cormorant to that of three other related cormorants. Narrowing their focus to the DNA coding regions—the genes that produce proteins—they searched for mutations that would change a protein’s ability to function normally. They discovered about a dozen mutated genes in the Galápagos cormorants known to trigger rare skeletal disorders in humans, called ciliopathies, often characterized by misshapen skulls, short limbs, and small ribcages. Since Galapagos cormorants have short wings and an unusually small sternum, the researchers suspected that this link might prove significant. Although the connection between these genes and flightlessness requires further research, Natalie Wright, a biologist at the University of Montana who studies the evolution of flightlessness on islands, suggests that Kruglyak’s research is an important first step in identifying new mechanisms for how flightlessness might evolve. 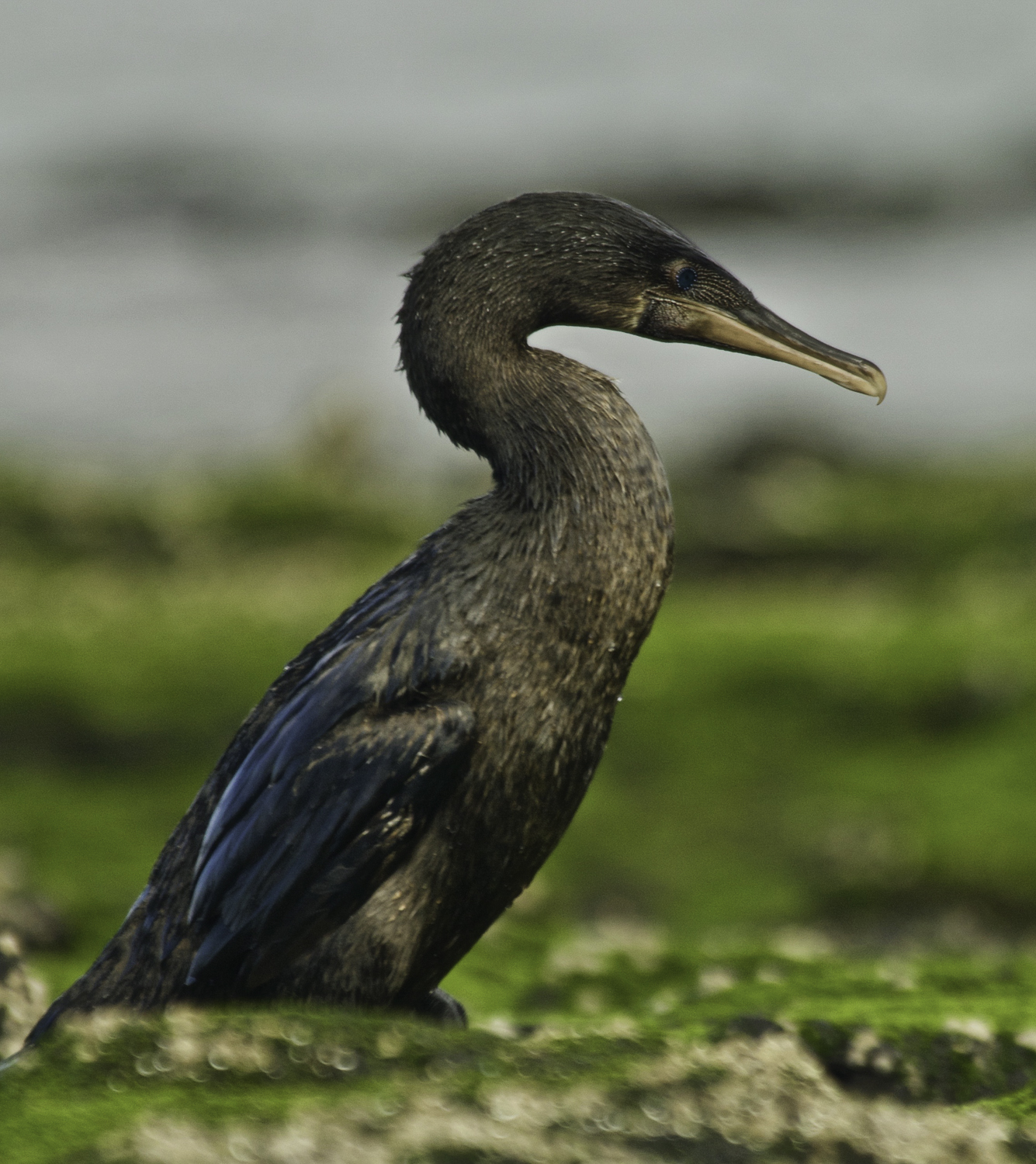 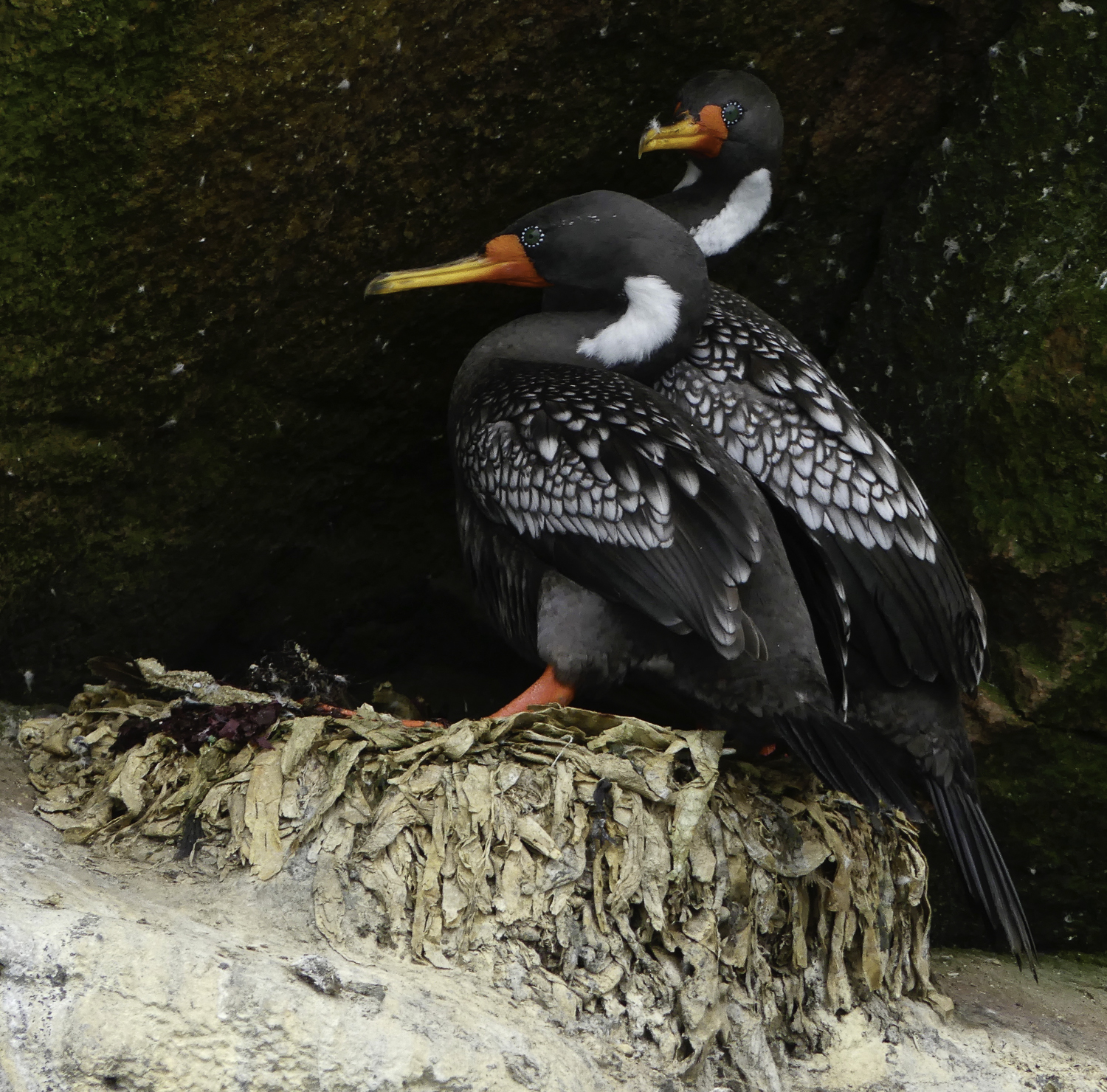 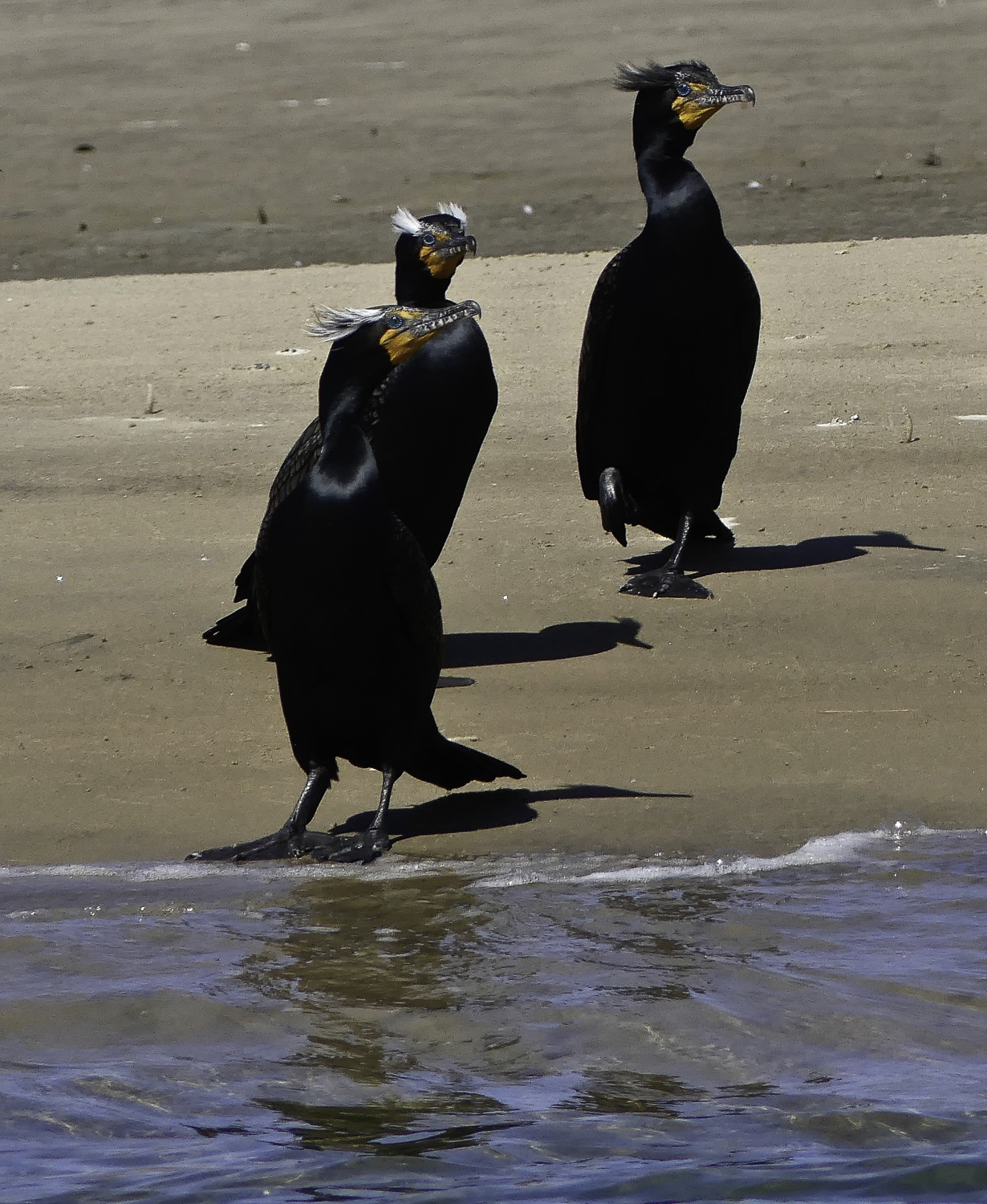