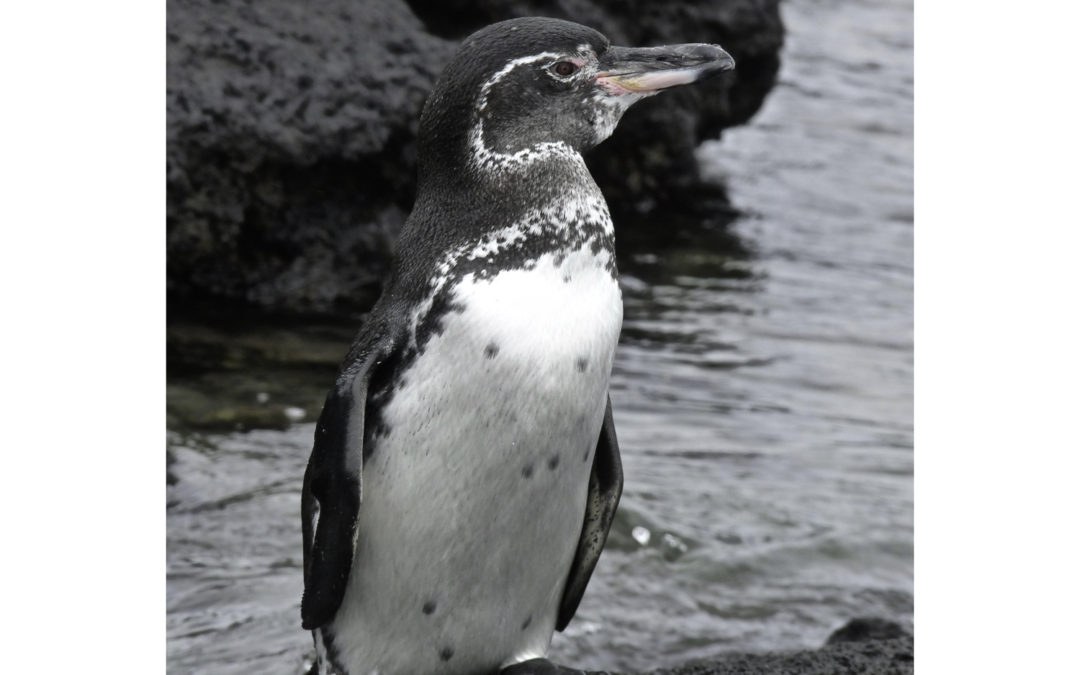 My dear friend and colleague, Dr. Dee Boersma, has been at the forefront of Galápagos penguin research for more than 45 years. Her landmark book, Penguins: Natural History and Conservation, with co-editor Pablo Garcia Borboroglu, has helped me understand the extraordinary conservation challenges that all penguin species face. You will meet Dee again and again through my ePostcards as we explore the lives of these amazing flightless seabirds in some of the most extraordinary wilderness areas in the Southern Hemisphere. With a sincere nod of thanks for her generosity, I’ve used two of Dee’s wonderful photographs in this ePostcard to introduce you to the Galápagos penguin. The third photo is mine from our 2007 Galápagos trip and shows a mixed group of adult and juvenile penguins returning from a fishing trip at sea.

The Galápagos penguin is one of the smallest penguins in the world and is endemic to the Galápagos Archipelago. It is also the most northerly penguin species, and its ability to survive in the tropical setting of the Galápagos is attributed to the cold, nutrient-rich waters of the Cromwell and Humboldt currents. These critical current systems support an abundance of the pelagic schooling fish the penguins rely on for food. Dee and other Galápagos penguin researchers have been reporting significant population fluctuations since the 1970s, with the Galápagos penguin finally being listed as Endangered in the IUCN Red Book in 2000. The current population is estimated at around 2000 individuals. Steep population declines in recent years are due primarily to the increasing frequency of climatic perturbations, such as the El Niño events, which reduce the strength and productivity of the upwelling currents on which these penguins depend for a stable food supply and successful breeding. Dee’s research has shown that when penguin parents experience prolonged food shortages due to an El Niño, they may be forced to abandon young in search of food elsewhere, which often results in the starvation of both adults and offspring. A severe El Niño can also bring breeding activity to a halt due to high surface water temperatures. Population bottlenecks for Galápagos penguins have also led to a decrease in genetic diversity, which hinders the species’ ability to adapt and overcome future survival challenges, such as disease or ongoing food shortages.

Galápagos penguins take advantage of the archipelago’s volcanic origins, establishing small breeding colonies in the crevices and caves typical of lava flows. These penguins are able to feed relatively close to shore on an abundance of small fish such as sardines, mullets, and anchovies. Penguins capture fish by diving underneath the schools and then catching the fish as they swim upwards, or by darting in and out along the edges of the schooling fish. The penguin’s foraging behaviors, especially in locating schools of fish, alert seabirds such as flightless cormorants, blue-footed boobies, and brown pelicans, to the unfolding seafood buffet. These raucous, mixed species “feeding flocks” can last anywhere from 20 minutes to all day. Inadvertently, the Galápagos penguin plays an integral role in keeping the schooling fish close to the surface and available to non-diving seabirds.

Galápagos penguins are monogamous and can breed at any time of the year, provided there is an adequate supply of food. When preparing their nest in a shadowy crevice in the lava, they collect sticks, leaves, bits of bone and feathers, which are used to create a simple platform on top of the rough basalt. The male occupies the nest first, and the pair may stay in the nest (out of the sun) until both eggs are laid. Incubation takes about 40 days and males and females share this responsibility. After the two chicks hatch, they are brooded for a few days and guarded from predators for a few weeks. When the chicks are about 30 days old, both parents will leave them behind in the nest while they forage for food to feed themselves and their family. Fledging occurs when the chicks are about 60 days old, but the young penguins will forage close to shore and often return to the nest area to be fed by their parents.

The future for Galápagos penguins is very uncertain, primarily due to oceanic productivity fluctuations between La Niña (productive) and El Niño (unproductive) events. Dee and other researchers have estimated that this species has a 30% chance of going extinct in the next 100 years, even without assuming that severe El Niño events will occur with greater frequency in the coming years. Please consider supporting Dee’s nonprofit Center for Ecosystem Sentinels at the University of Washington and sign up at ecosystemsentinels.org to receive their newsletter and learn about ongoing penguin research projects. You’ll be glad you did! 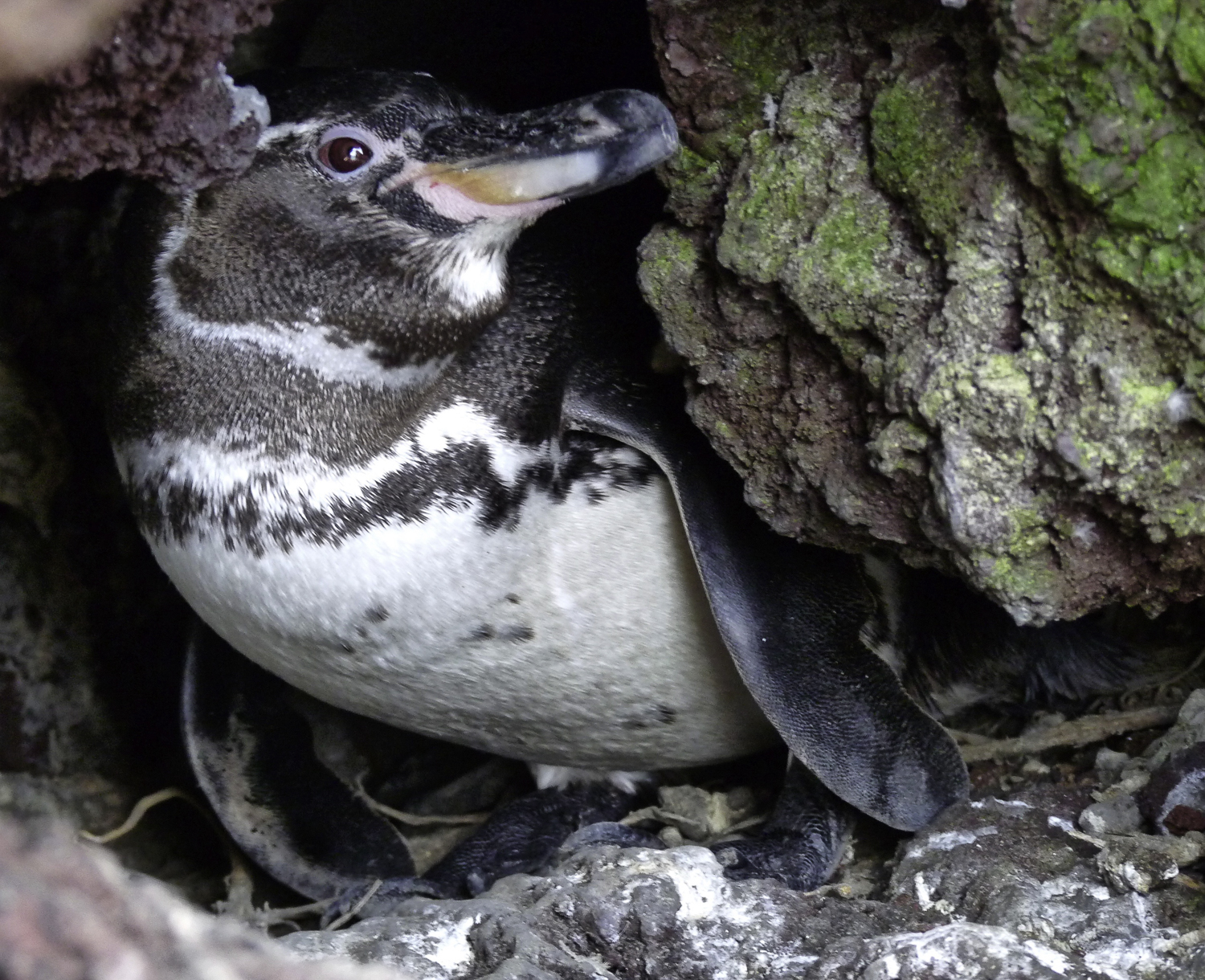 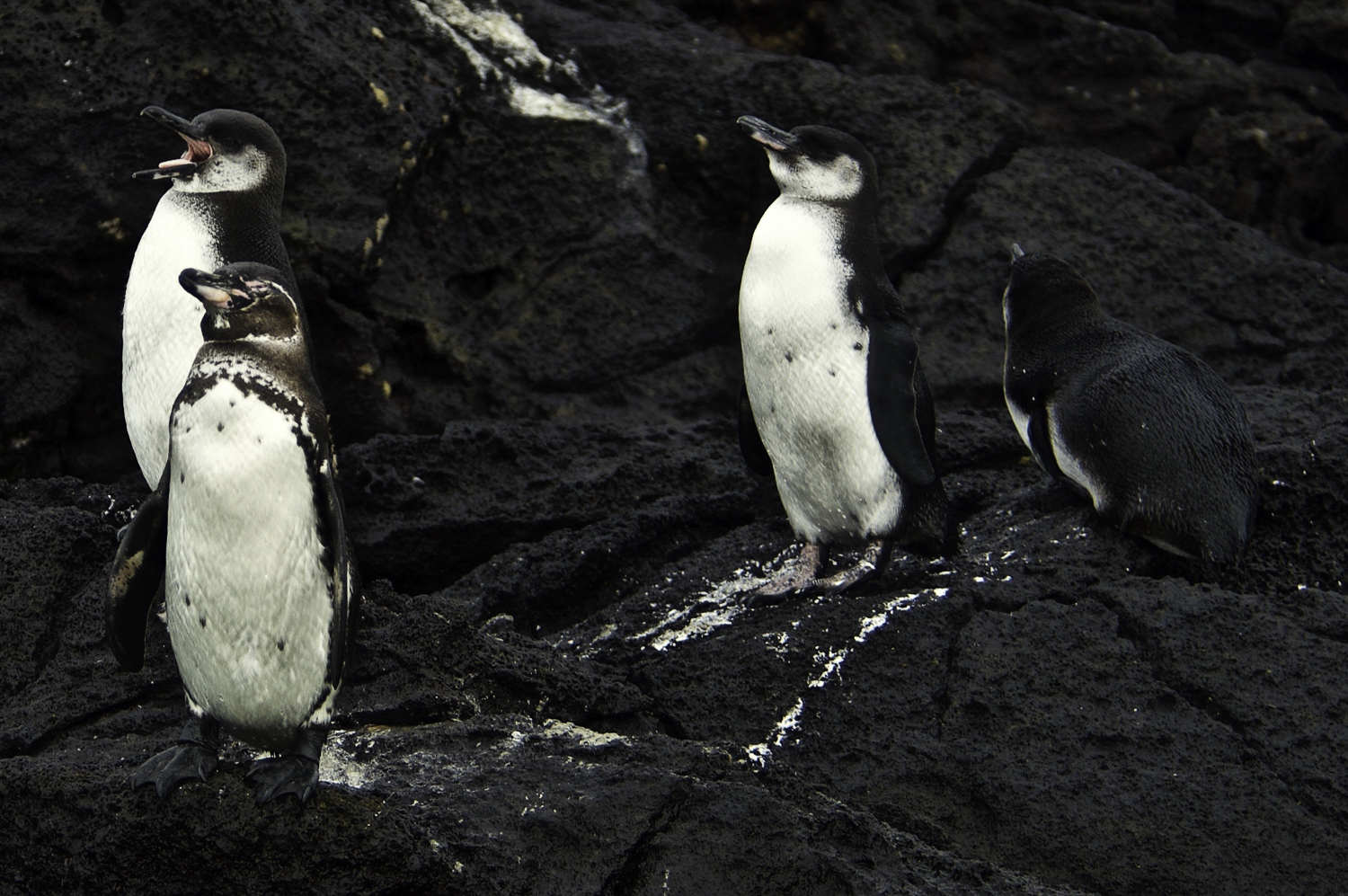