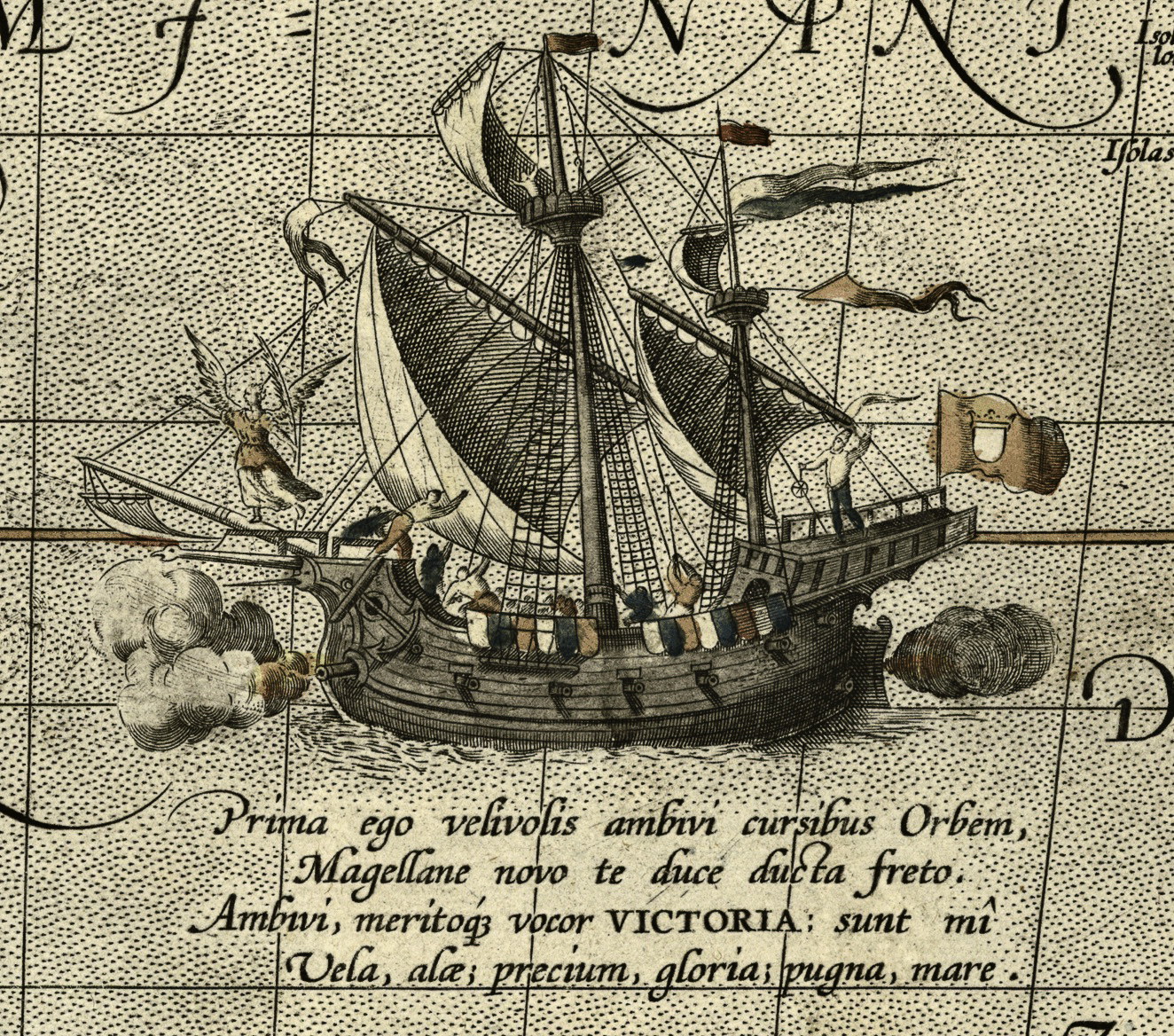 I was first to circle the world by means of sails,
Carrying you, Magellan, leader, through the new strait.
Therefore am I justly called Victoria [Victory].
With sails as wings, and glory my prize, I fought the sea.

—Author unknown. I have used a bit of poetic license in translating the Latin text beneath the ship. The detail of the Victoria and the inscription is taken from Abraham Ortelius’s map “Maris Pacifica,” Antwerp, 1595; Historic Maps Collection.

It is not often that I choose to tell a story by starting with its concluding chapter—or with someone else’s words rather than my own. To do justice to the extraordinary story of Ferdinand Magellan’s voyage, I’ve turned to historian Laurence Bergreen’s book Over the Edge of the World: Magellan’s Terrifying Circumnavigation of the Globe for inspiration, clarity and for the historian’s groundbreaking research in illuminating one of the most epic voyages of the Age of Discovery. I was also introduced, through Bergreen’s book, to Magellan loyalist and expedition survivor, Antonio Pigafetta, and his first-person, day-by-day account of the three year expedition—First Voyage Around the World. Published in 1525, Pigafetta’s work is the only record of the entire expedition and is one of the most eloquent voyage journals of all time. So, to set the stage for what many historians believe to be the greatest single sea voyage ever undertaken, I’ll now quote from Laurence Bergreen’s powerful Prologue. If you enjoy books that bring history to life, and do so against a backdrop of unforgettable scenes that transport you to another world and another time, I encourage you to read Bergreen’s Over the Edge of the World for yourself.

“On September 6,1522, a battered ship appeared on the horizon near the port of Sanlúcar de Barrameda, Spain.

As the ship came closer, those who gathered onshore noticed that her tattered sails flailed in the breeze, her rigging had rotted away, the sun had bleached her colors, and storms had gouged her sides. A small pilot boat was dispatched to lead the strange ship over the reefs to the harbor. Those aboard the pilot boat found themselves looking into the face of every sailor’s nightmare. The vessel they were guiding into the harbor was manned by a skeleton crew of just eighteen sailors and three captives, all of them severely malnourished. Most lacked the strength to walk or even to speak. Their tongues were swollen, and their bodies were covered with painful boils. Their captain was dead, as were the officers, the boatswains, and the pilots, in fact, nearly the entire crew had perished.

The pilot boat gradually coaxed the battered vessel past the natural hazards guarding the harbor, and the ship, Victoria, slowly began to make her way along the gently winding Guadalquivir to Seville, the city from which she had departed three years earlier. No one knew what had happened to her since then, and her appearance came as a surprise to those who watched the horizon for sails. Victoria was a ship of mystery, and every gaunt face on her deck was filled with the dark secrets of a prolonged voyage to unknown lands. Despite the journey’s hardships, Victoria and her diminished crew accomplished what no other ship had ever done before. By sailing west until they reached the East, and then sailing on in the same direction, they had fulfilled an ambition as old as the human imagination, the first circumnavigation of the globe.”

—By  author Laurence Bergreen (excerpted from the Prologue) 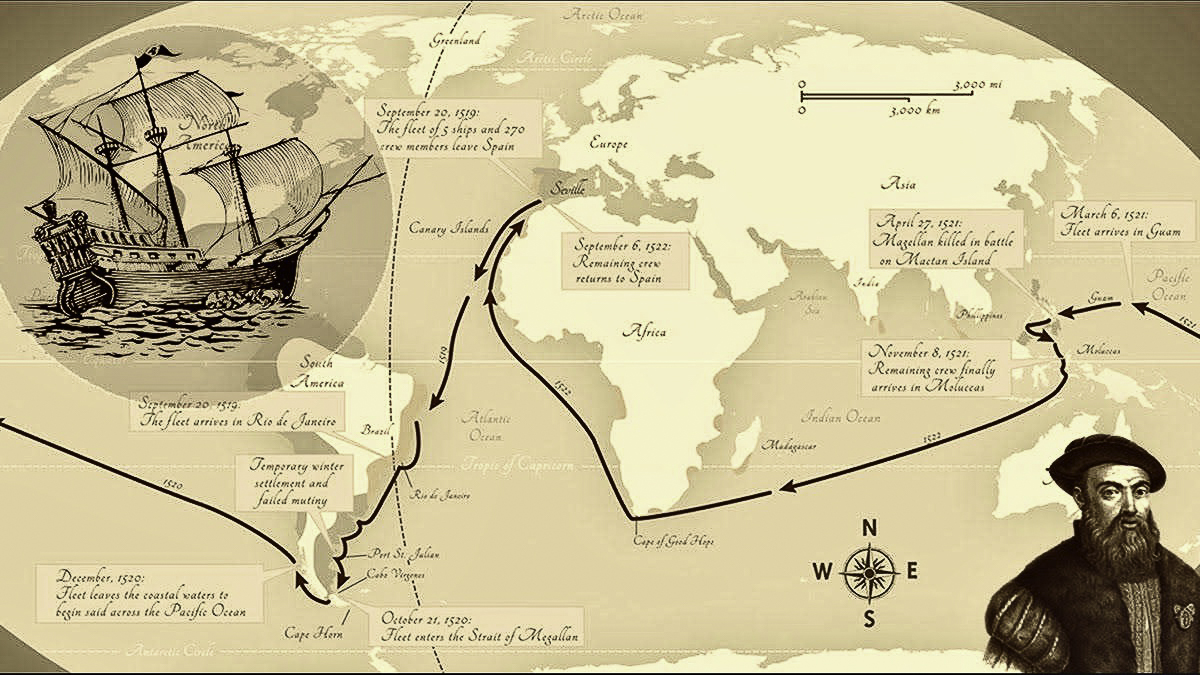