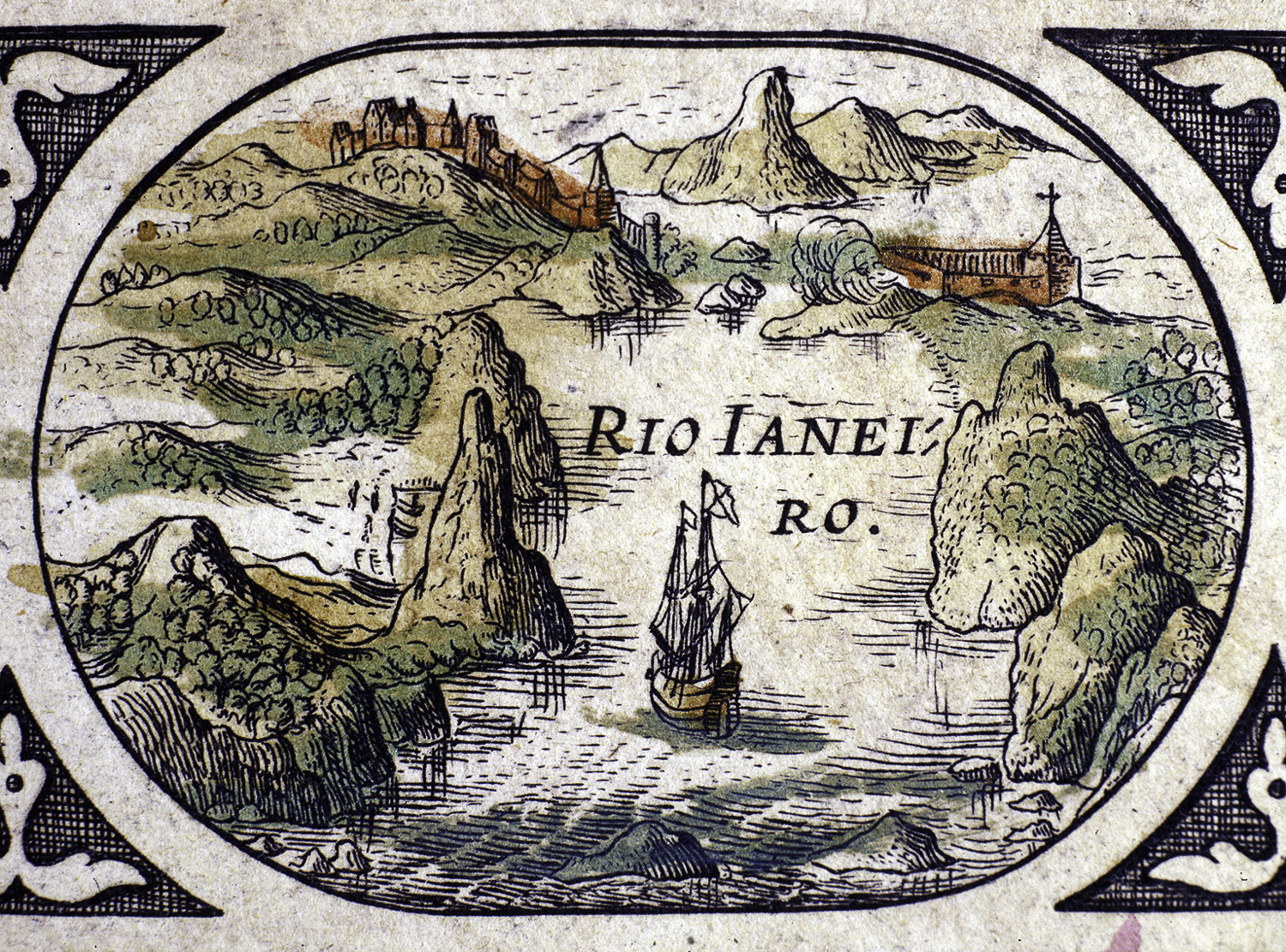 It was only the first leg of the voyage and the Armada de Molucca had already weathered 60 days of furious and unrelenting storms at sea. The men were exhausted, much of the expedition’s food supply ruined, and the battered ships needed repairs. Magellan had no choice but to drastically reduce food rations and the daily water and wine allotment. This decision and the unusual course Magellan had charted in crossing the Atlantic further fanned the flames of mutiny. Magellan knew that if the three Castilian captains knew that the Portuguese were in pursuit of the armada and that his chosen route was a calculated evasive maneuver, the men would have mutinied in the Spanish Canaries. The treaty of Tordesillas granted Spain all the lands west of the Papal Line of Demarcation—the political boundary halfway between the Portuguese Cape Verde Islands off west Africa and the Spanish Caribbean. Portugal had been given all the lands to its east. The vicious rivalry between Spain and Portugal would eventually play play out on the high seas.

With the seas becalmed, the armada found itself drifting with the prevailing currents into the equatorial doldrums. Amid sweltering temperatures and not a single sea breeze to breathe life into the sails, the ships sat helplessly in the water under the blazing sun. The rebellious Castilian captains (Cartagena, Quesada, and Mendoza) had plenty of time to plan their mutiny. Anticipating this, Magellan secretly prepared three of his loyalists aboard the Trinidad (Espinosa, Barbosa and Rebêlo) to assist him in countering any mutinous action by the three captains. Having come aboard the Trinidad for a meeting of the captains, Cartagena suddenly declared that he would no longer take orders from Magellan. On hearing these words, Magellan’s loyalists stormed the cabin, swords drawn. Magellan quickly lunged at Cartagena and toppled him into a chair, shouting, “This is mutiny! You are my prisoner, in the King’s name.” Cartagena immediately ordered the Castilian captains to attack Magellan with their daggers. At this, the most crucial moment in the trio’s murderous plan, Cartagena’s cohorts lost their resolve to do the deed. Magellan could rightfully have convened a court-martial on the spot and sentenced Cartagena to death. He chose not to do it, knowing full well that Cartagena would continue to challenge him until only one of them remained alive. Stripped of his command, confined but freed from his shackles, Cartagena stoked the fires of his rage and plotted revenge …

For nearly 3 weeks in late October and early November, the fleet drifted south while the sailors waited for favorable winds. Sensing a welcome change in the currents, Magellan watched as the sails began to fill once again. He immediately ordered the ships to set a southwesterly course towards Brazil and Rio de Janeiro. Pedro Álvares Cabral had claimed Brazil for Portugal in 1500, 20 years before Magellan’s voyage (paintings #3 and #4). In the intervening decades, European powers (particularly Portugal) had been sending ships to Brazil to collect the valuable brazilwood. The name “Brazil” first appeared on a map in 1511, and its origin has remained a bit of a mystery. It might have been a play on the Portuguese word brasa, which means “glowing ember,” because of the dark red color of the wood. The name of Brazil might simply be shortened from Terra do Brasil “land of brazilwood.” A tree known as “bresel wood,” with similar reddish wood, had been imported to Europe from India since the Middle Ages. The wood was prized for fine cabinetry, violin bows, and dyeing. The newly discovered South American variety resembled the traditional Indian tree but was easier and cheaper to obtain (see photos #5-8). Pigafetta referred to Brazil as “Verzin” in his journal (the Italian word for brazilwood).  By the 1550s both Portuguese and French ships prowled the coast between the present-day states of Pernambuco and Rio de Janeiro looking for Tupinamba tribesmen willing to chop and haul the heavy trunks in exchange for barter goods.

On November 29, not realizing that the South Equatorial Current (unknown at the time) had carried the fleet west of its intended heading, Magellan’s armada arrived at Cape Saint Augustine along the Brazilian coast. The fleet paused for a few days to take on much-needed fresh food and water. Magellan had a map of the Brazilian coastline, the Livro da Marinharia (the “Book of the Sea”), and the Concepción’s Portuguese pilot, João Lopes Carvalho, had been to Rio de Janeiro. Carvalho was enlisted as the pilot aboard the Trinidad so that he could lead the fleet along the Brazilian coastline to Rio de Janeiro. Beginning in 1512, Carvalho had spent 4 years in Rio overseeing the brazilwood timbering operations for the Portuguese and had some rudimentary knowledge of the native Guarani language. The Guaraní were one of the first indigenous peoples contacted after Europeans arrived in South America 500 years ago. In Brazil today, there are around 51,000 Guaraní living in seven states, making them the country’s most numerous tribe. Many others live in neighboring Paraguay, Bolivia and  Argentina.

On December 13, 1519, the fleet entered the lush and beautiful Bay of Saint Lucy and approached the mouth of the River of January—Rio de Janeiro. The name was given to the city’s original site by Portuguese navigators who arrived on January 1, 1502, and mistook the entrance of the bay for the mouth of a river. The Trinidad entered the bay first, slipping past the towering massif known as Sugar Loaf and coming quietly to anchor in the harbor. Magellan had finally arrived in the New World! Though nominally a Portuguese territory, they had no permanent settlement there at the time of Magellan’s arrival. Seeing no Portuguese ships in the harbor, Magellan knew it would be safe to stop. Pigafetta wrote of a coincidence of weather that caused the armada to be warmly received by the indigenous people (the Guaraní): “It happened that it had not rained for two months before we came there, and the day that we arrived it began to rain, on which account the people said that we came from heaven, and had brought the rain with us, which was great simplicity, and these people could easily be converted to the faith of Jesus Christ.”

The armada spent 13 days in Rio de Janeiro, repairing their ships, stocking up on water and food (such as yams, cassava, and pineapples), and interacting with the Guaraní. The expedition brought with them a great quantity of trinkets intended for trade, such as mirrors, combs, knives and bells. The Guaraní readily exchanged food and local goods (such as parrot feathers) for such items. The crew also found they could purchase sexual favors from the Guaraní women with trinkets. Historian Ian Cameron described the crew’s time in Rio as “a saturnalia of feasting and lovemaking.” On December 27, the fleet left Rio de Janeiro. Pigafetta wrote that the natives were disappointed to see them leave, and that many Guaraní women followed them in canoes, tearfully pleading with the men to stay with them forever.

Caption #1: A watercolor sketch of the Trinidad entering Saint Lucy Bay in 1519.
Caption #2: Map showing portions of the Atlantic coastline from Brazil’s Rio de Janeiro to Argentina’s Rio de la Plata
Caption #3: This 1922 painting depicts Cabral’s arrival in Porto Seguro in 1500 and his first encounter with the Guarani. (Public Domain; File: Desembarque de Pedro Álvares Cabral em Porto Seguro em 1500. Painting by Oscar Pereira da Silva (1865–1939).jpg.
Caption #4: This 1922 painting depicts the day Cabral held the first devotions at the cross they had erected. As the “Long Hairs” conducted their sacred work, the indigenous Tupiniquin had followed their actions, kneeling when they knelt, standing with their hands uplifted, and breathing not a word when they were silent. Painting by Oscar Pereira da Silva (1865–1939).jpg.
Caption #5: Pau-Brasa (ember wood), or Pau-Brasil. Paubrasilia echinata is a species of flowering tree in the legume family (Fabaceae), and is endemic to the Atlantic Forest. It is a Brazilian timber tree commonly known as Pernambuco wood or brazilwood (Portuguese: pau-de-pernambuco, pau-brasil) and is the national tree of Brazil. This plant has a dense, orange-red heartwood that takes a high shine, and it is the premier wood used for making bows for stringed instruments. The wood also yields a red dye called brazilin. .[8] (photo courtesy of rioandlearn.com)
Caption #6: Poster of the history timeline and uses of brazilwood.
Caption #7: Flowers of the brazilwood tree are as beautiful as its wood. Photo by “Mauroguanandi” (Mauro Halpern); File:ClosedeflordePaubrasil.jpg
(Wikimedia Commons, Public Domain)
Caption #8: Brazilwood (Caesalpinia echinata) timber showing mahogany-like hardwood and the red color. Photo by “Mauroguanandi” (Mauro Halpern); File:ClosedeflordePaubrasil.jpg
(Wikimedia Commons, Public Domain) 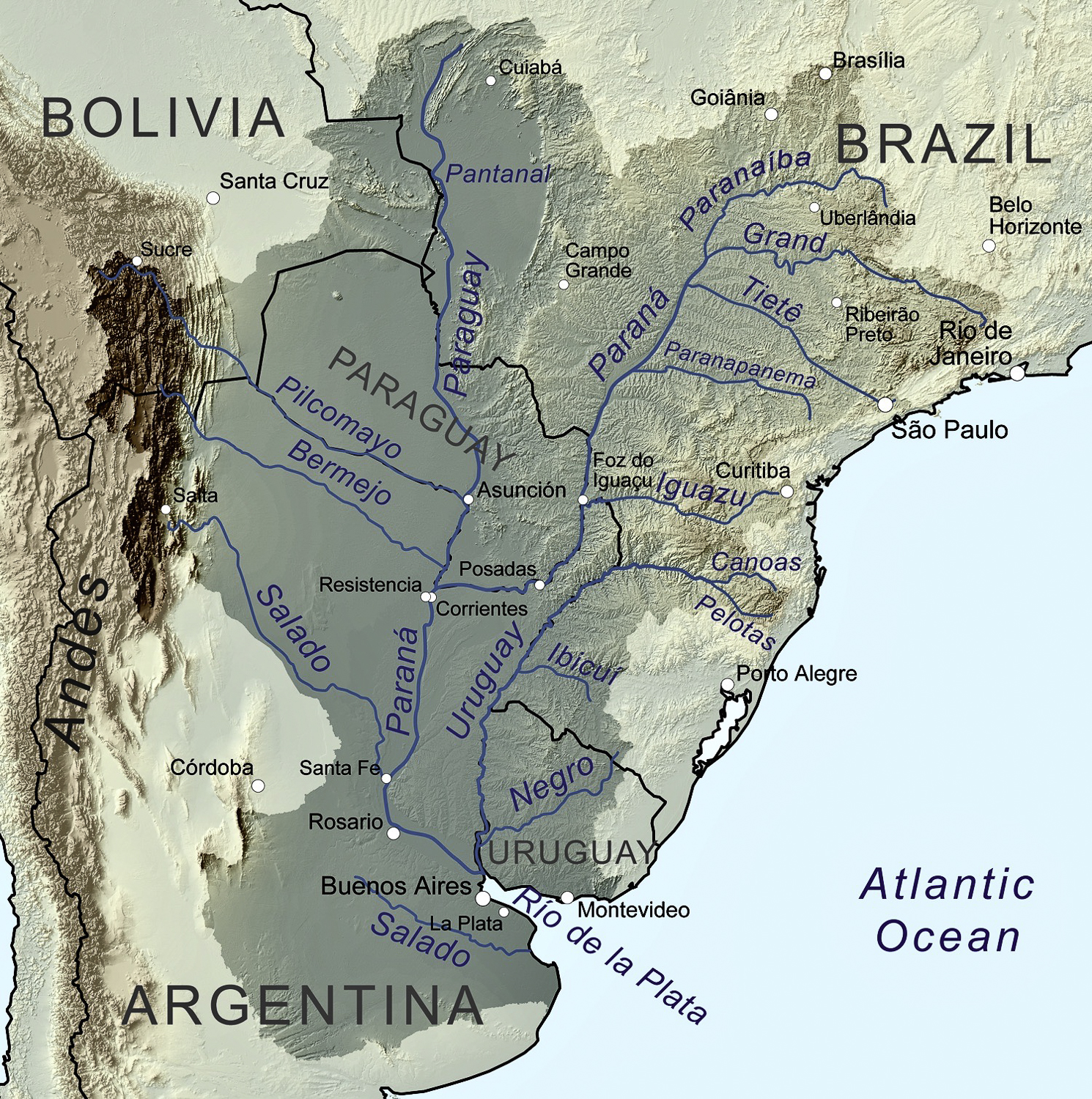 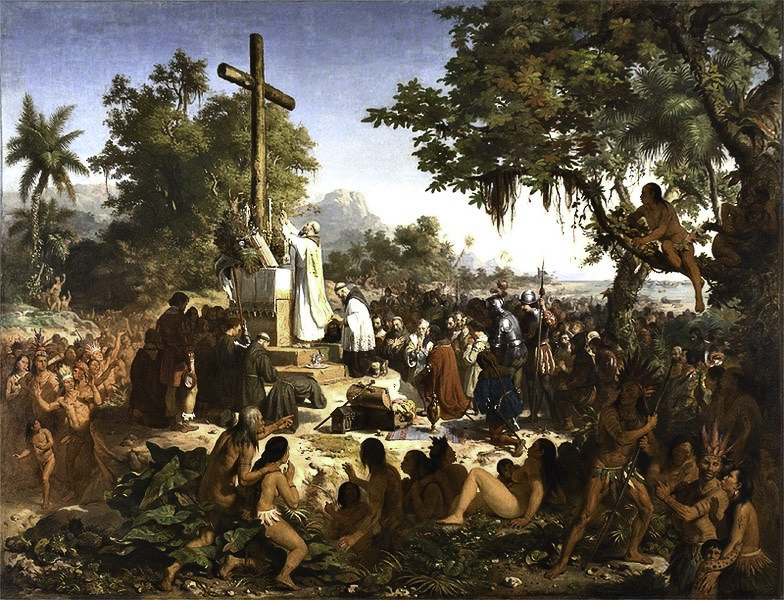 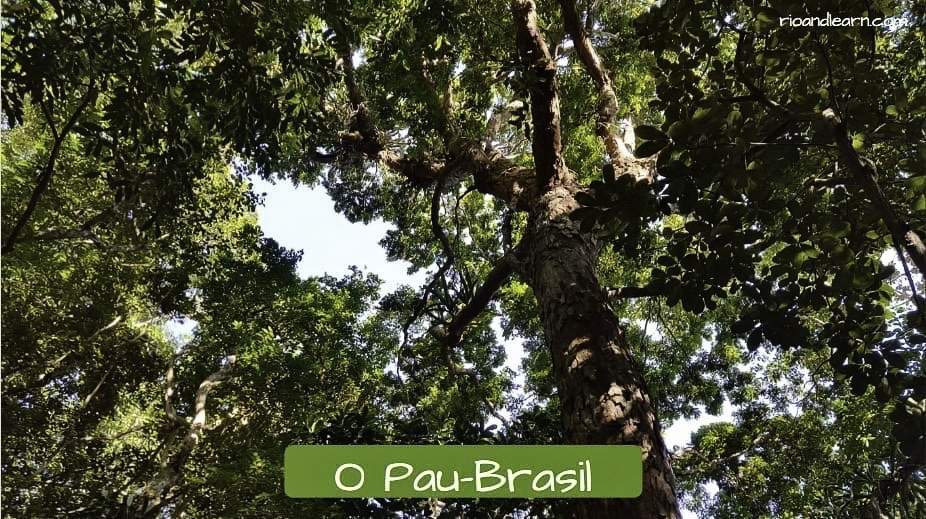 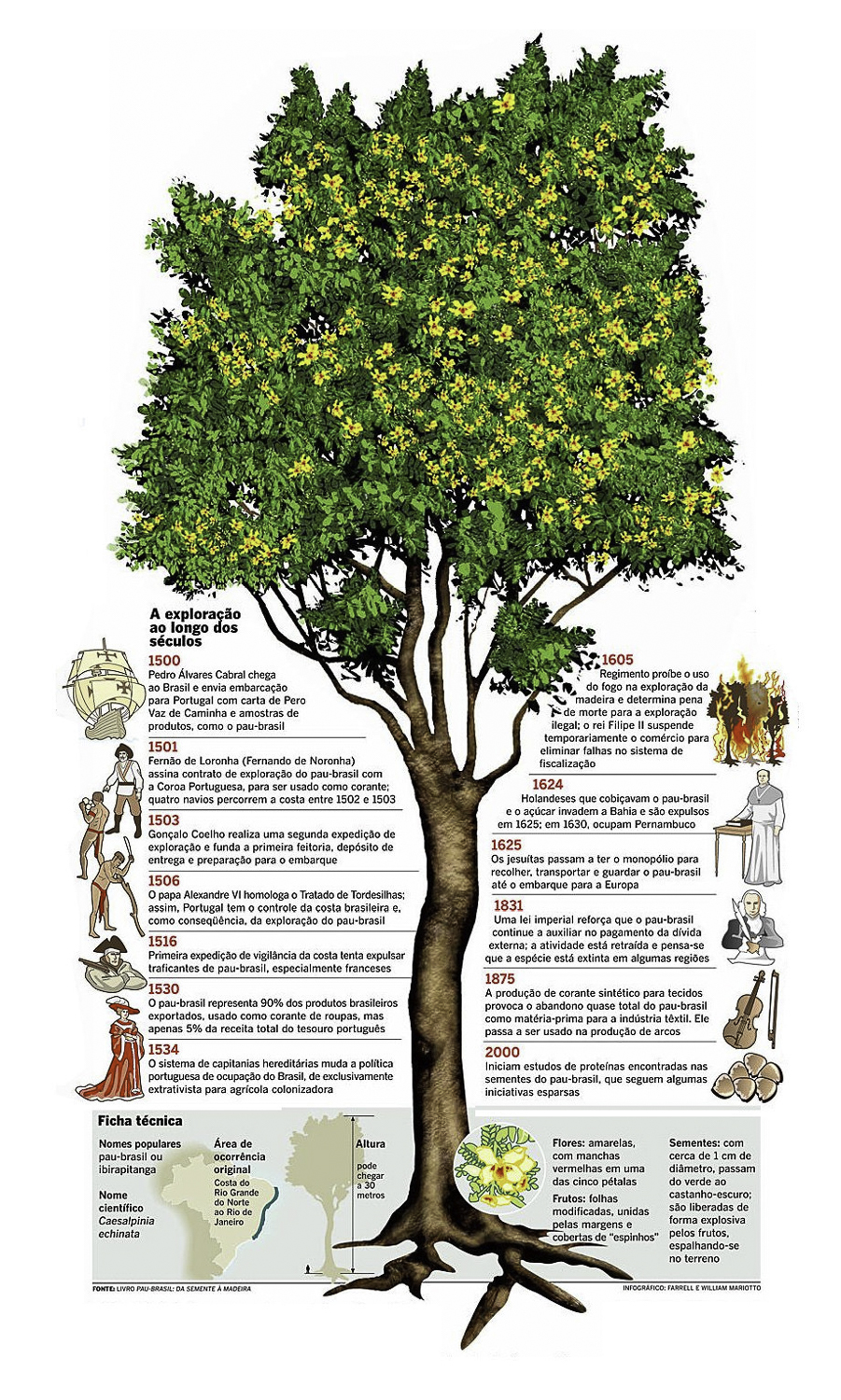 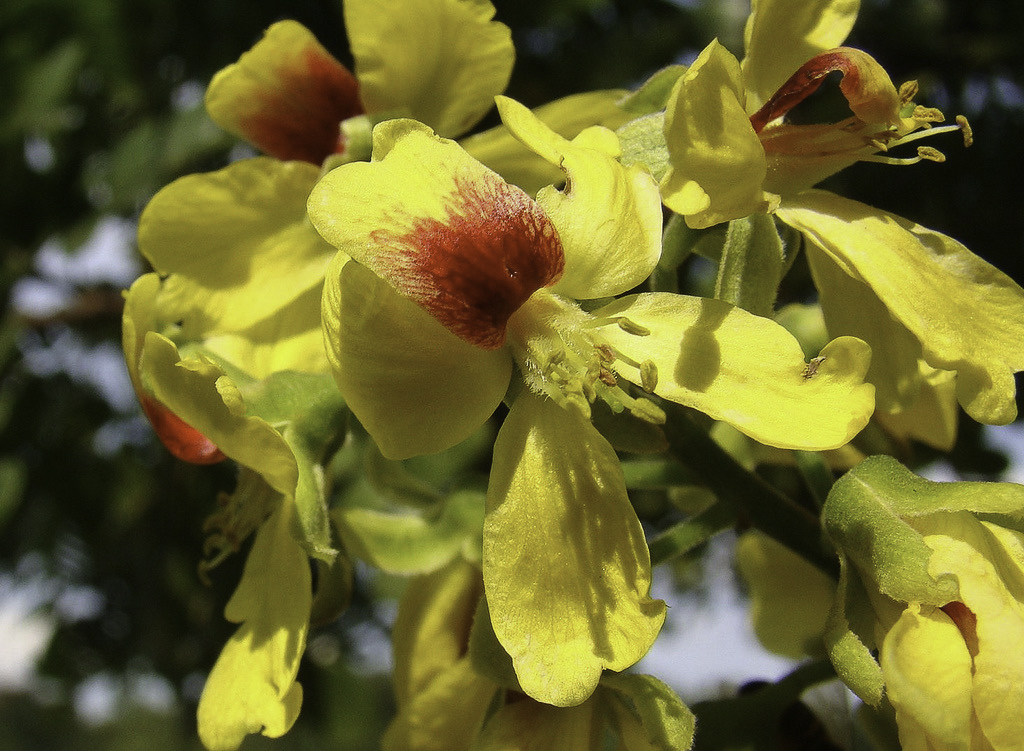 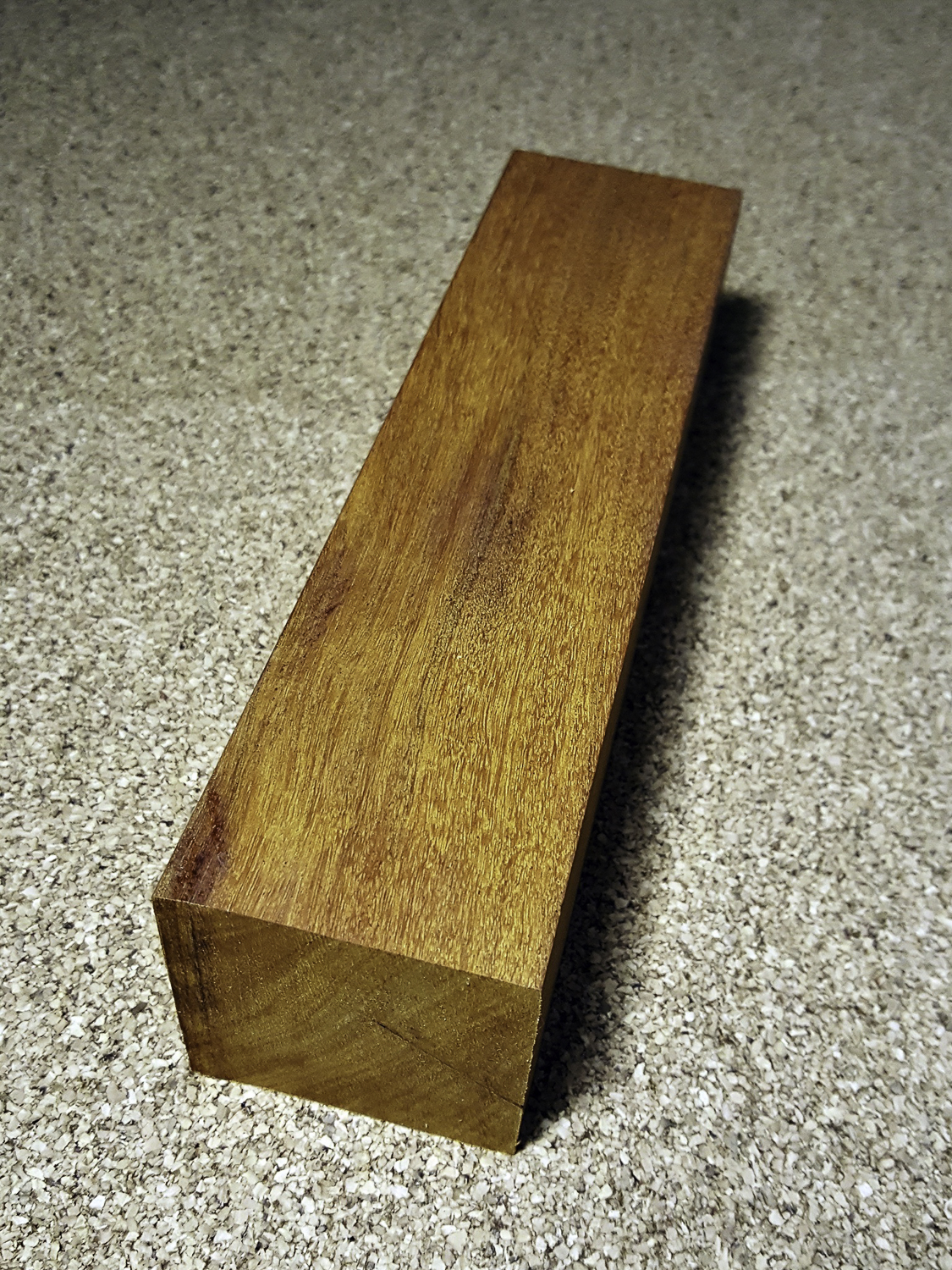