It is an old story, but not the less wonderful, to hear of shells, which formerly were crawling about at the bottom of the sea, being now elevated nearly fourteen hundred feet above its level. 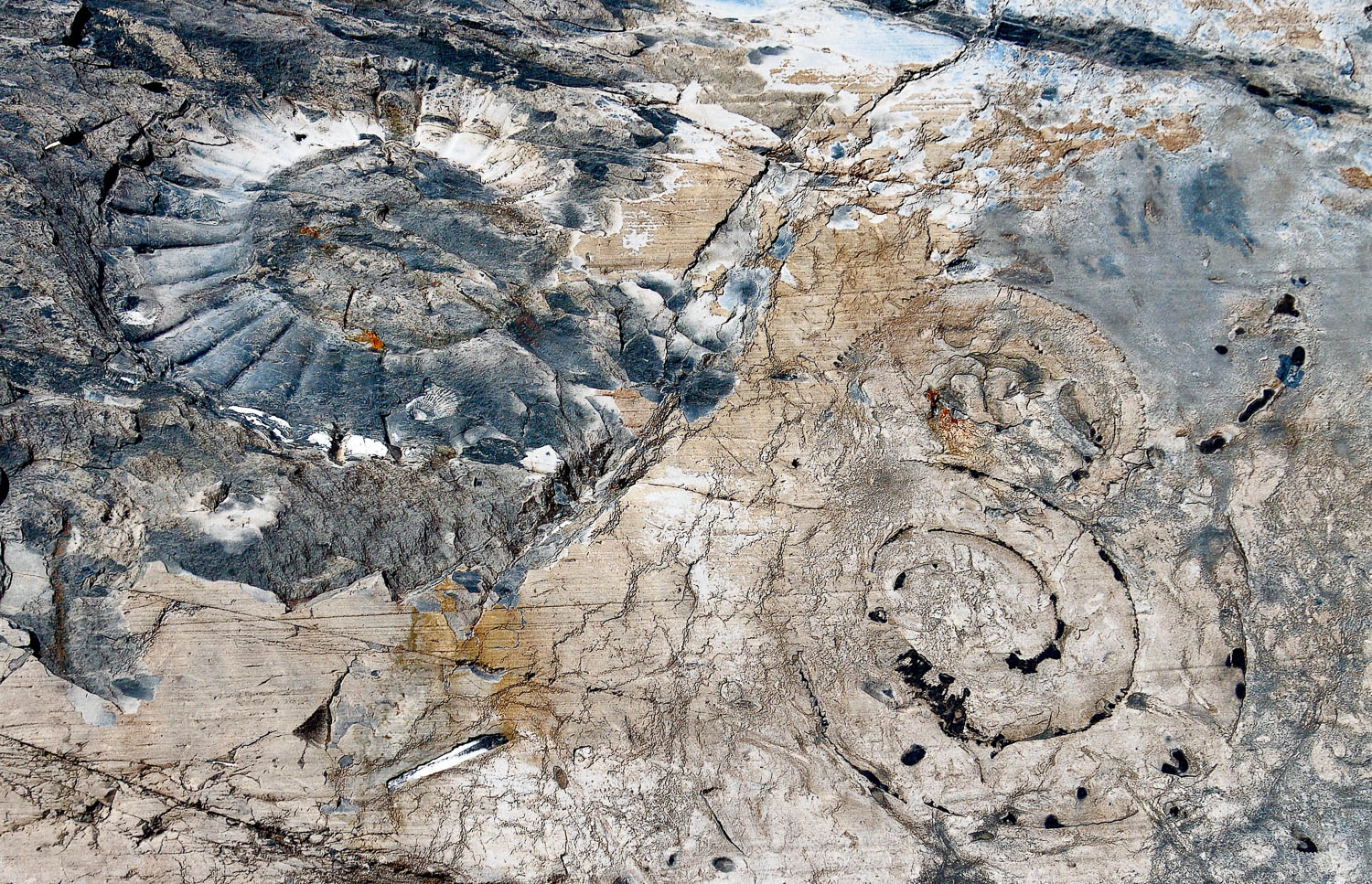 Photo Credits: All courtesy of Audrey DeLella Benedict. This massive, glacier-polished outcrop in Cañadon de los Fosiles (Fossil Canyon) reveals an open-air museum of Lower Jurassic-age sea fossils dominated by giant ammonites (shown above) and belemnites. Our expeditionary hike through this canyon, which is located high above Estancia Cristina and near the Upsala Glacier in Los Glaciares National Park, remains one of the most extraordinary experiences of my life.

Most people know Charles Darwin as the founding father of the science of evolution, and as the indefatigable naturalist who gave us our first insights into the fantastic diversity of life on Earth and its origins. Few people realize, however, that Darwin originally joined the H.M.S. Beagle’s 5-year expedition (1831–1836) as an amateur geologist. Captain Fitzroy’s orders from the British Admiralty were to produce a hydrographic chart of the waters off South America and conduct a geologic survey of the continent’s coastal regions — giving only a cursory nod to the flora and fauna. As was standard naval practice at the time, Fitzroy had engaged a surgeon-naturalist, Dr. Robert McCormick, to serve the expedition’s medical and scientific needs. A disgruntled McCormick, quickly recognizing that Darwin had captured Fitzroy’s respect at the outset, quit the expedition after only four months. For Charles Darwin, the Beagle’s circumnavigation of the globe would provide limitless opportunities for scientific discovery and research—and the young naturalist didn’t waste a moment in embracing the challenges.

Darwin approached his new role as the expedition’s scientific observer with amazing vigor, inventing sampling equipment for marine studies while at sea and exploring the continent’s interior on foot and on horseback, often for months at a time. He spent countless hours recording his observations and collecting representative specimens of the rocks, fossils, marine life, flora, and fauna from each locality. From his first days aboard, Darwin kept a journal, which would be published after his return to England as the now-famous The Voyage of the Beagle. In his vivid narrative of the expedition, Darwin skillfully wove together his observations of the modern flora and fauna, his geological and paleontological discoveries, descriptions of the unique landscapes he saw wherever he traveled, and told marvelous stories of the colorful characters and cultures he encountered along the way.

The early 19th century was a golden age for the study of geology. New discoveries in the field were greeted with the same enthusiasm reserved today for advances in the biomedical sciences. His descriptions of the wondrous geology he encountered during the Beagle’s voyage laid the geologic foundations for his pioneering theories of a “dynamic earth.” Darwin may not have seen this strikingly contorted mountain range near Argentina’s Upsala Glacier, but he certainly saw other examples during his explorations in Chile and Argentina that inspired his vision of a dynamic earth—a geologic calligraphy writ in stone documenting the rise of the Andean cordillera. Enjoy the journey as we explore in Darwin’s footsteps!

Photo Caption: This ridge is a complex of faults, anticlines and upthrust beds of formerly horizontal beds of sedimentary rocks. 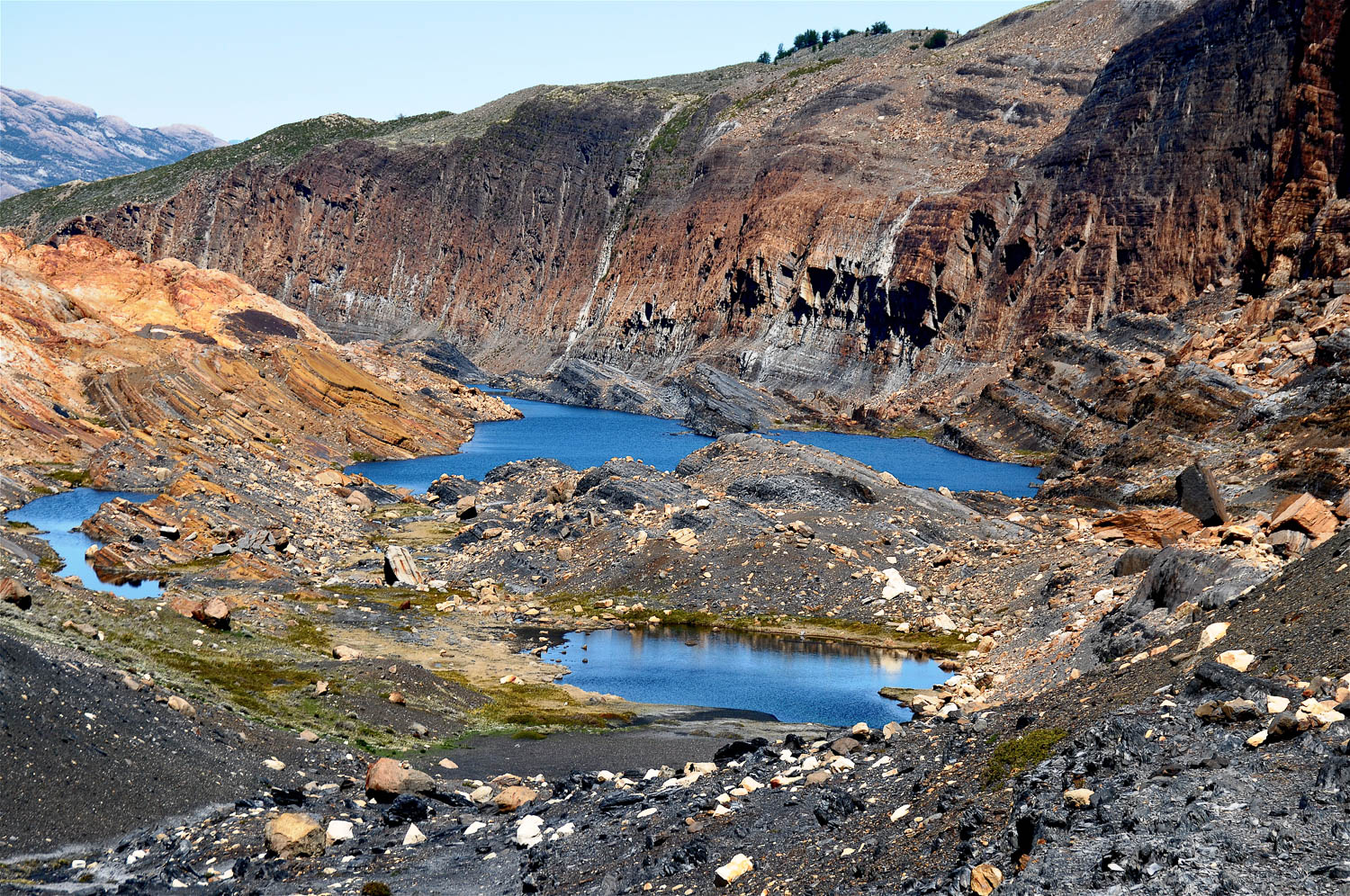 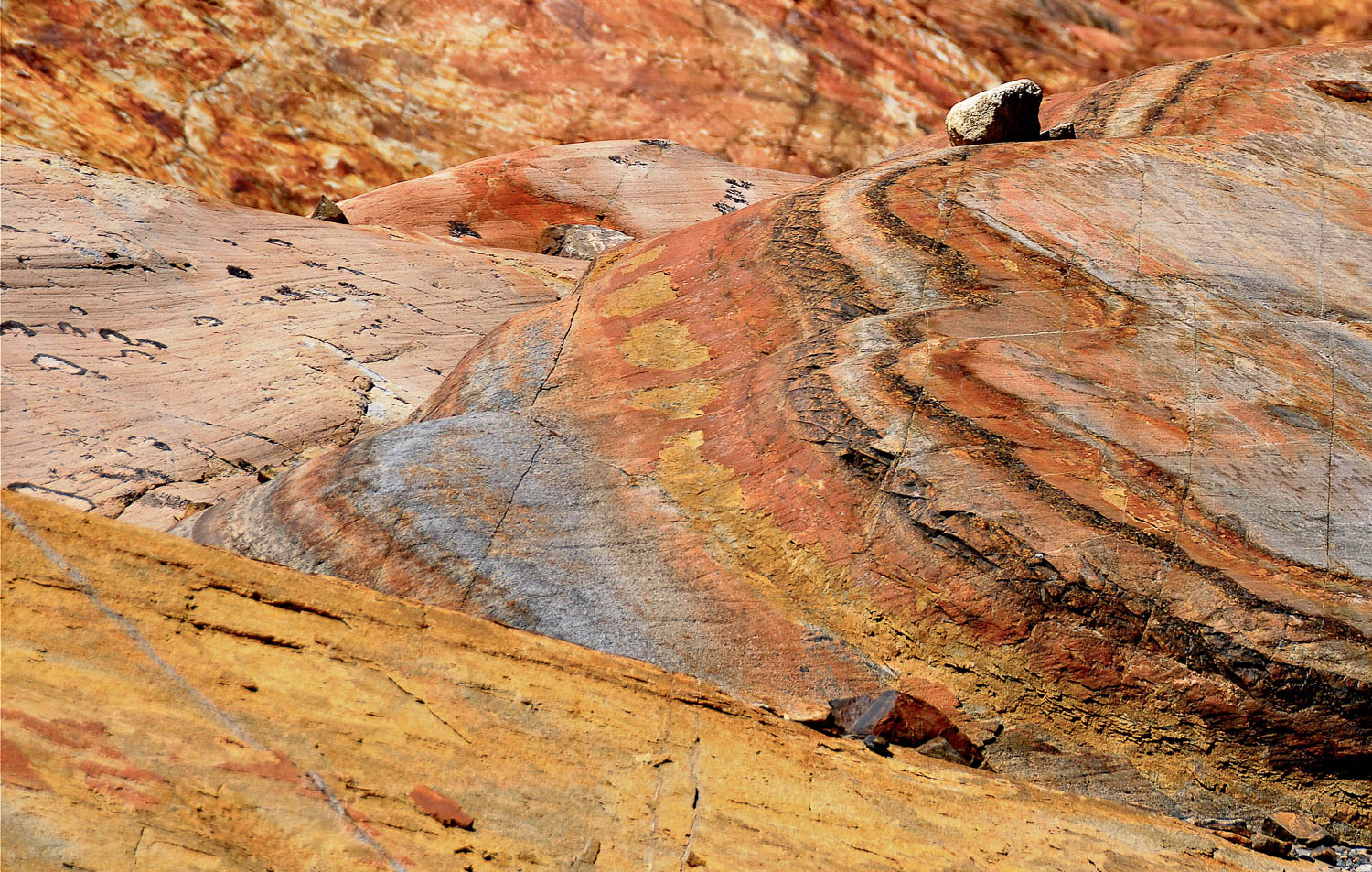