ePostcard #31: Introducing the Galápagos of the Subantarctic 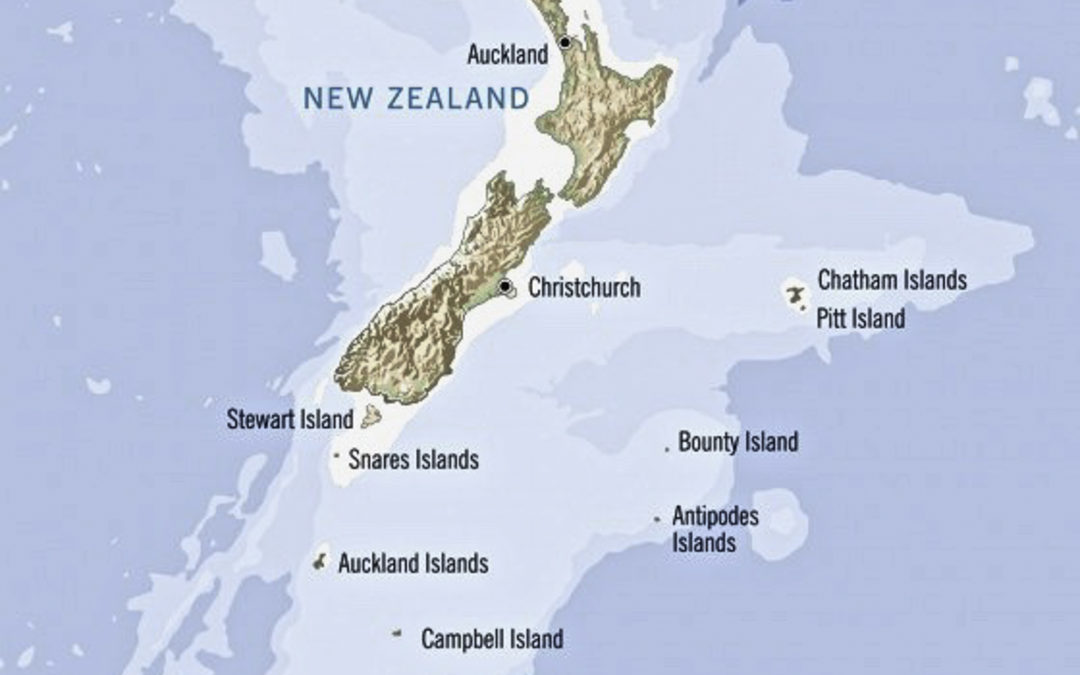 ePostcard #32: Introducing the Galápagos of the Subantarctic

To explore the magnificent ocean realm of New Zealand’s Subantarctic Islands, we must leave typical cruise routes far behind us. In December of 2006, snug aboard our 48-passenger, ice-strengthened and comfortable research ship, the Spirit of Enderby, we set off from Dunedin, New Zealand to explore the “Galápagos of the Subantarctic.” With the exception of Chatham Island (NZ), which lies just north of the Southern Temperate Zone, the other New Zealand subantarctic islands of the south Pacific Ocean include the Bounty Islands, Antipodes Islands, Snares Islands, Auckland Islands, Campbell Island (all under New Zealand’s jurisdiction) and Macquarie Island  (a Australian/Tasmanian sovereign territory). Macquarie Island, is situated about halfway between New Zealand and Antarctica. All six of the southernmost island groups have been collectively designated as a UNESCO World Heritage Site.

The driving forces behind the extraordinary high biodiversity, endemism and the abundance of wildlife to be found in these islands includes their relative proximity to New Zealand, their complex geologic history and their physical isolation. The waters that surround these islands in the southern Pacific Ocean are also highly productive, due largely to the influence of the current systems and upwelling phenomena associated with the Antarctic Convergence.

Our voyage of discovery will take us into the tumultuous heart of the Roaring Forties and the Furious Fifties—an island and marine world dominated by the prevailing westerlies, which deliver strong to gale force winds, cool temperatures, and low sunshine hours. These fierce winds determine both the shape and the types of shrubs and herbaceous species that make up the vegetation, influence where animals and plants live, and the pounding surf has left its distinctive signature on the rocky coastlines. The natural history of each of the subantarctic islands reflects the geologic dramas and evolutionary changes that have shaped the islands over millions of years. Each island has a unique geologic history. Some islands, such as the Bounty Islands and Snares Islands consist of continental granite and metamorphic bedrock, remnants left behind by the breakup of the supercontinent Gondwana. The Auckland Islands, Campbell and Antipodes Islands are volcanic, and are thought to have formed over a weak zone in the Earth’s crust as tectonic plates moved from west to east over underlying hot spots.

New Zealand’s subantarctic slands are renowned for the biodiversity of their wildlife, but the spectacularly luxuriant megaherbs and the tussocky “waves” of grass provide a magnificent backdrop wherever you go. Nowhere else can you see 9 species of penguins, several of them (such as the royal penguin) endemic to these waters, 13 species of albatross (including a breeding colony of the largest of all seabirds, the southern royal albatross), nearly 30 other species of tubenose seabirds, as well as land birds such as pipits, parakeets, tomtits and a menagerie of other species. Many of the birds we saw were nesting amidst a floral display as spectacular as any on Earth! In addition to the birds and flowers, we saw marine mammals such as the rare Hooker’s sea lion, southern elephant seals, hourglass dolphins, and several species of whales.

We’ll start off with Campbell Island, situated 4,350 miles south of South Island (NZ) and the southernmost of New Zealand’s subantarctic islands. Campbell’s dramatic cliff-bound coastline, with its slopes dotted with tussocks and intermixed with broadleaved megaherbs, were at the peak of bloom. The brilliant yellow flower is Bulbinella rossii and the rose pink is Anisotome latifolia. Almost the entire world population of Southern Royal Albatross, breeds on Campbell Island. The experience of hiking up through the tussocks and sitting quietly near a nesting pair and watching their interactions will never be forgotten. Enjoy! 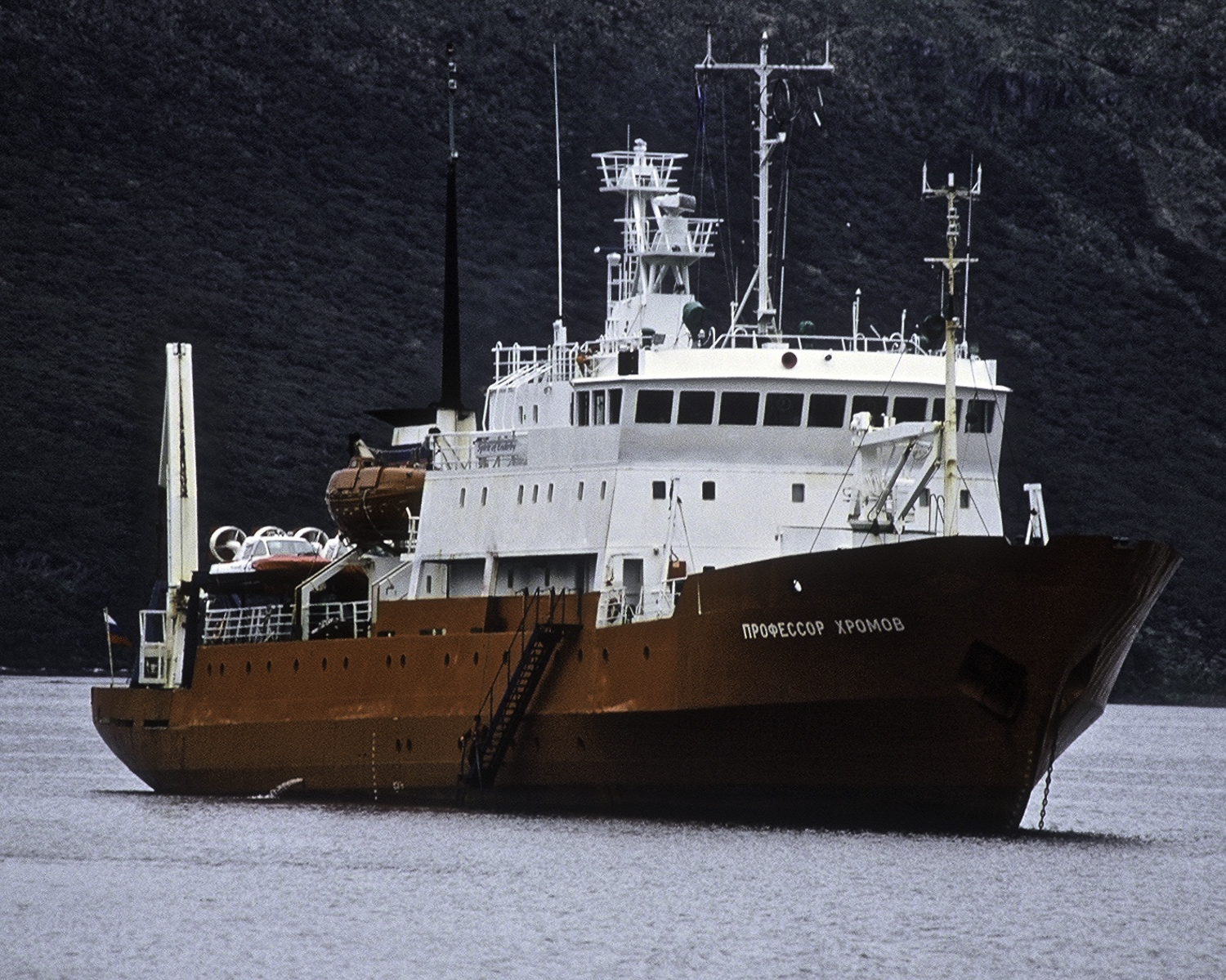 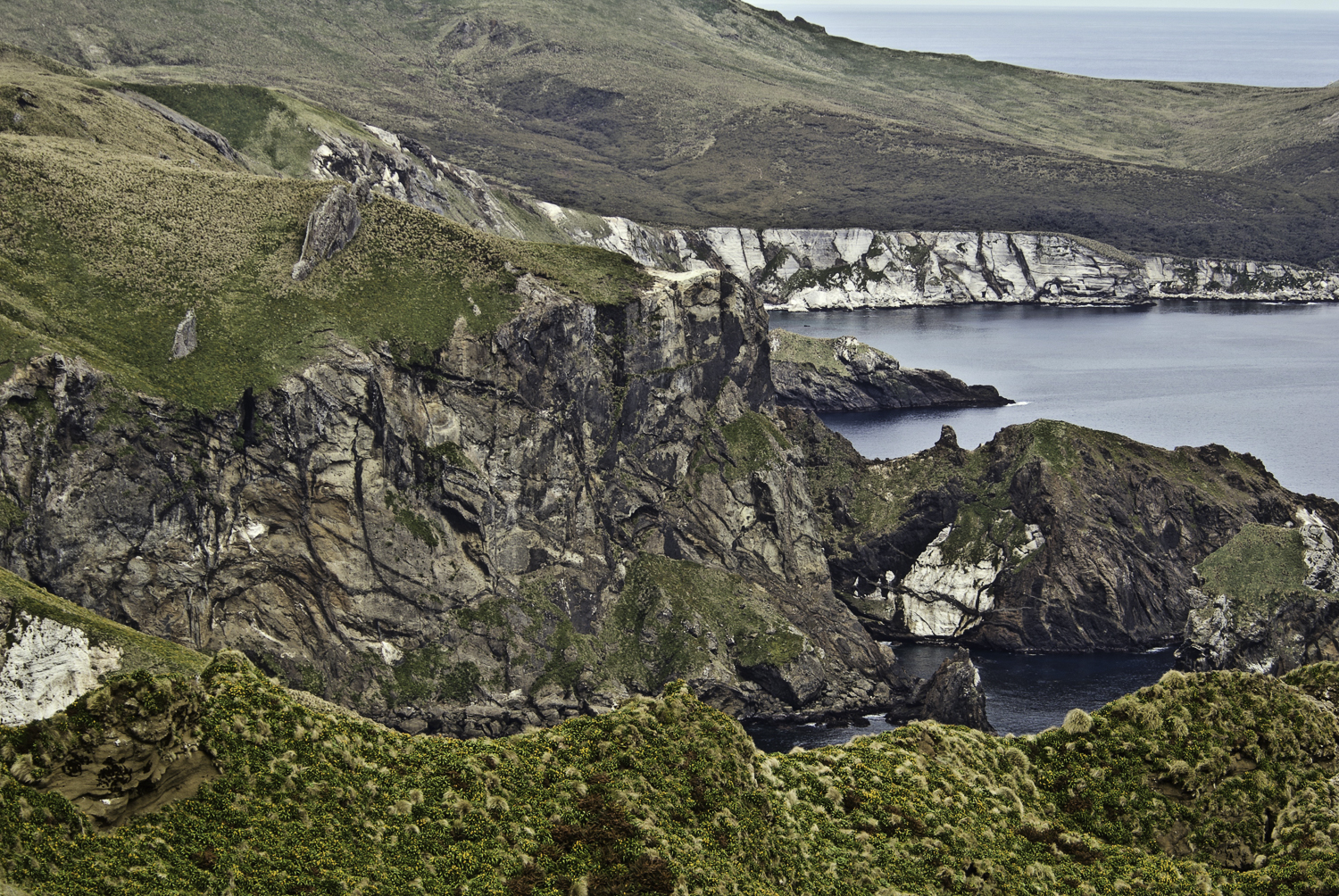 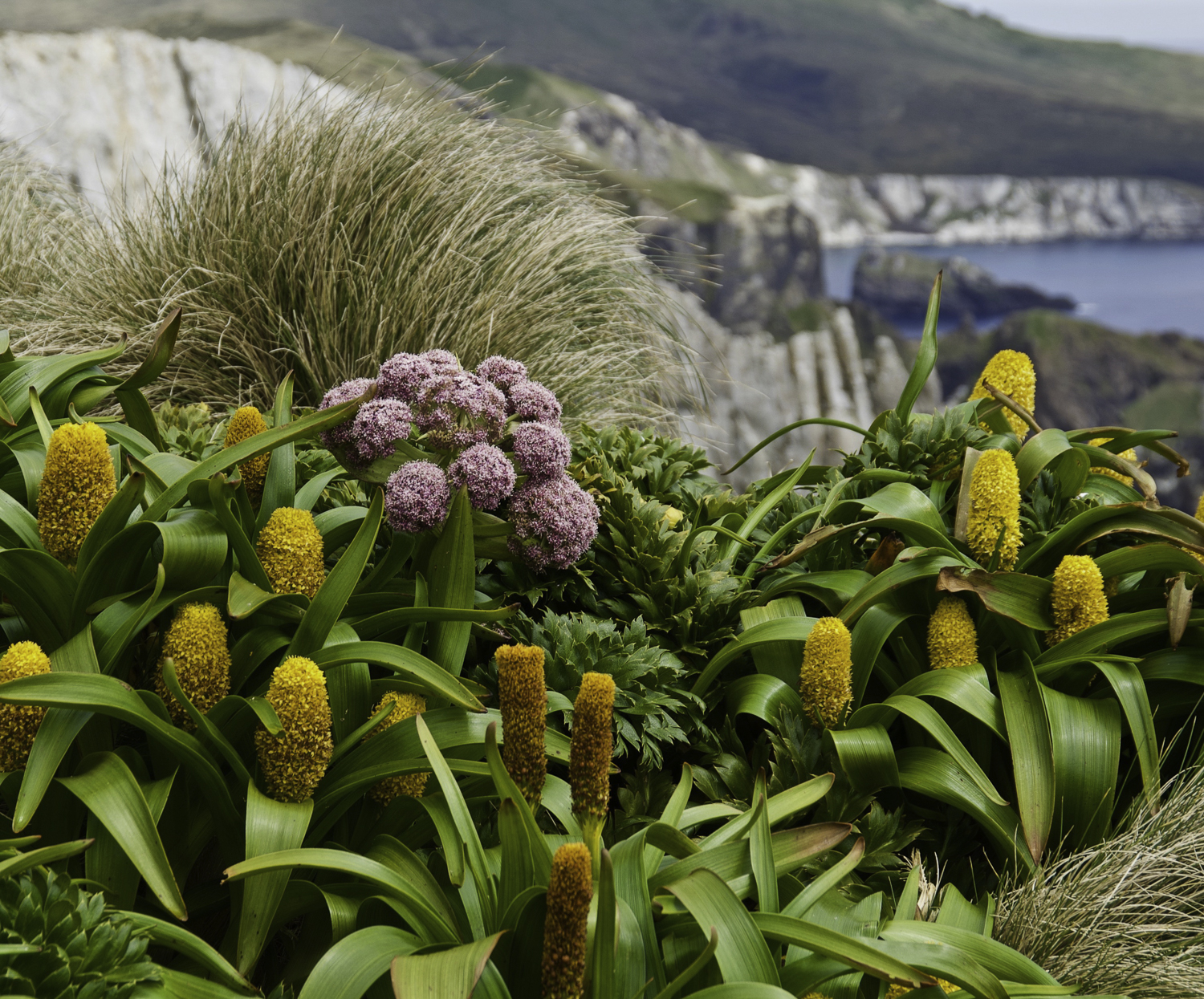 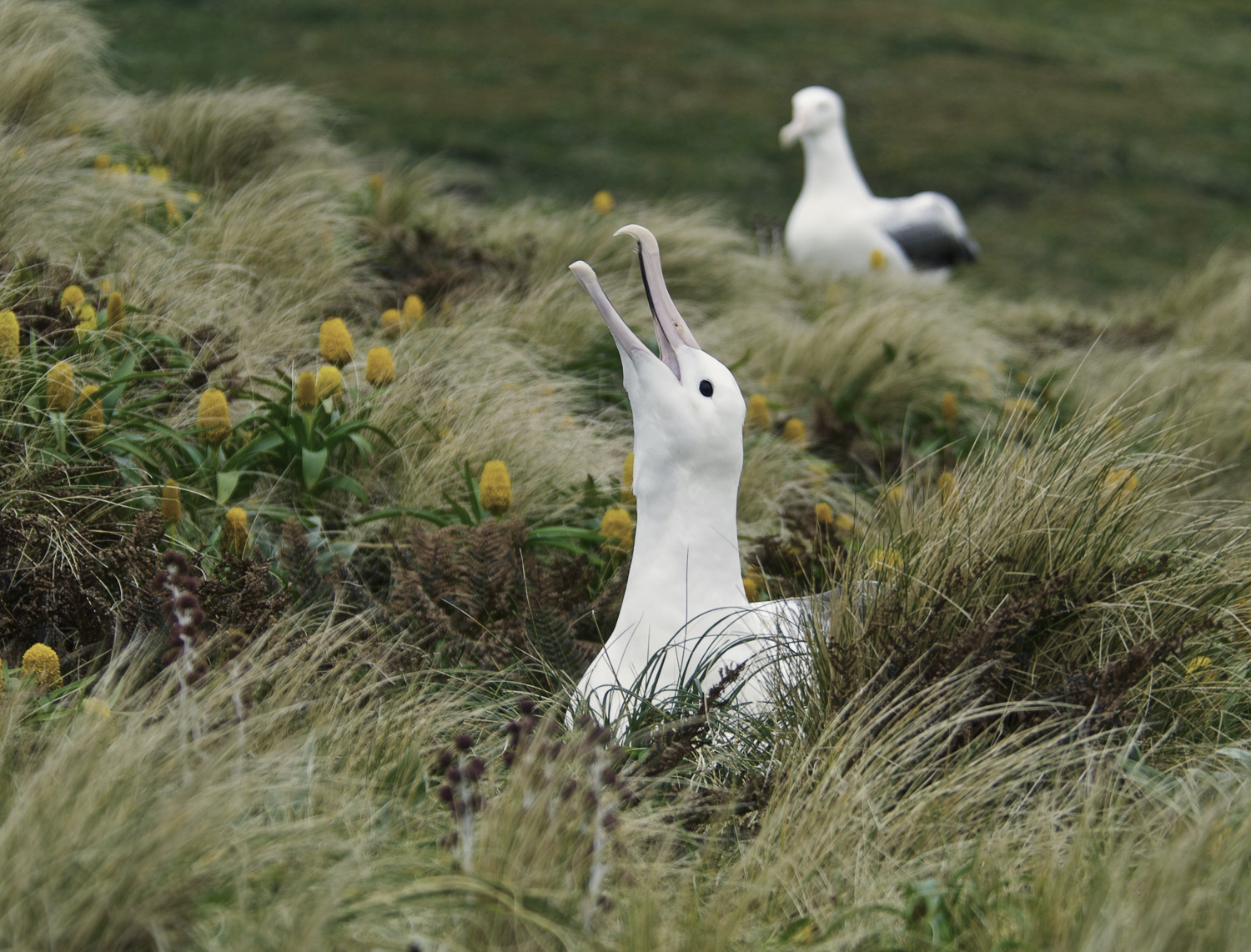 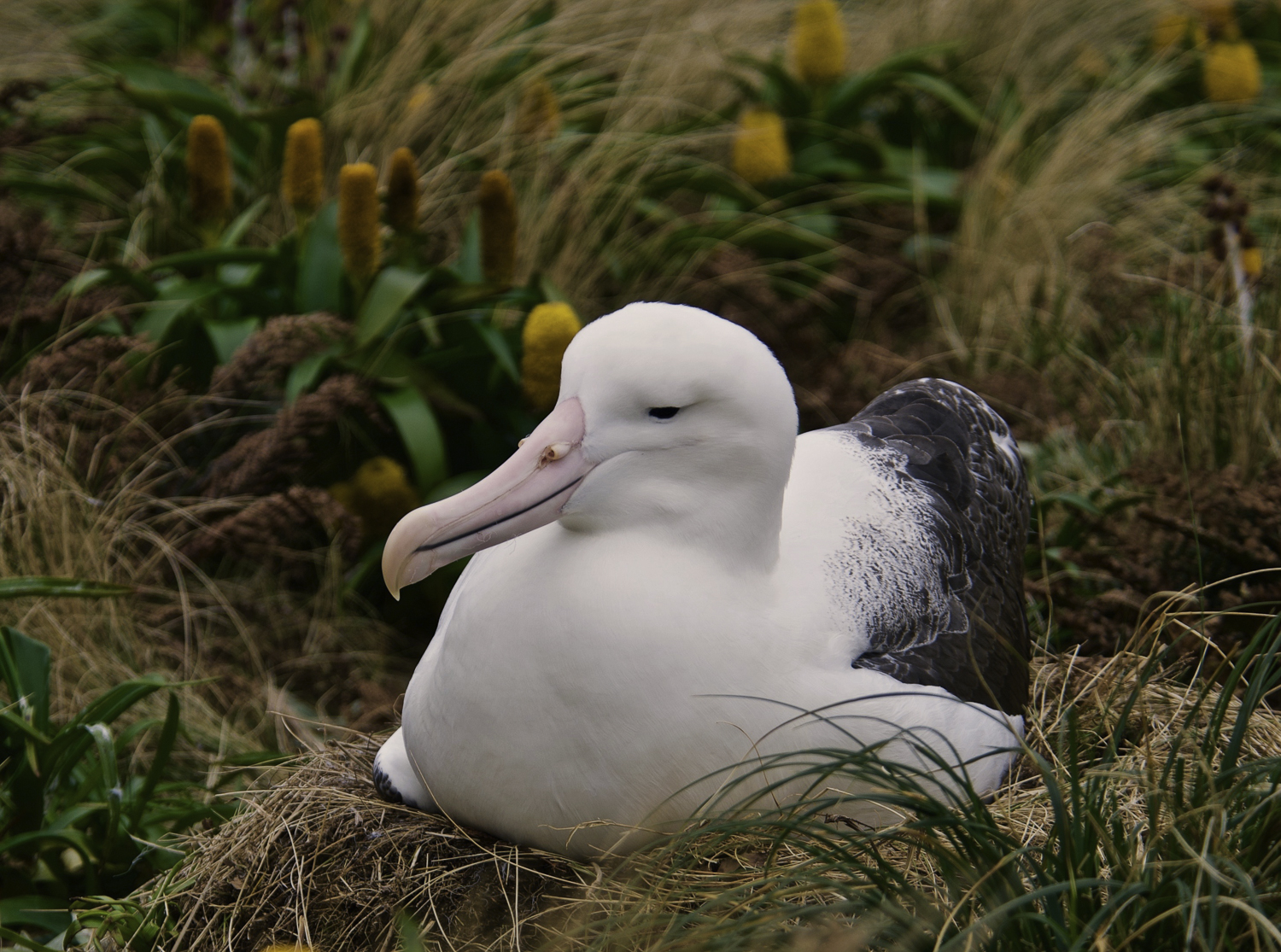