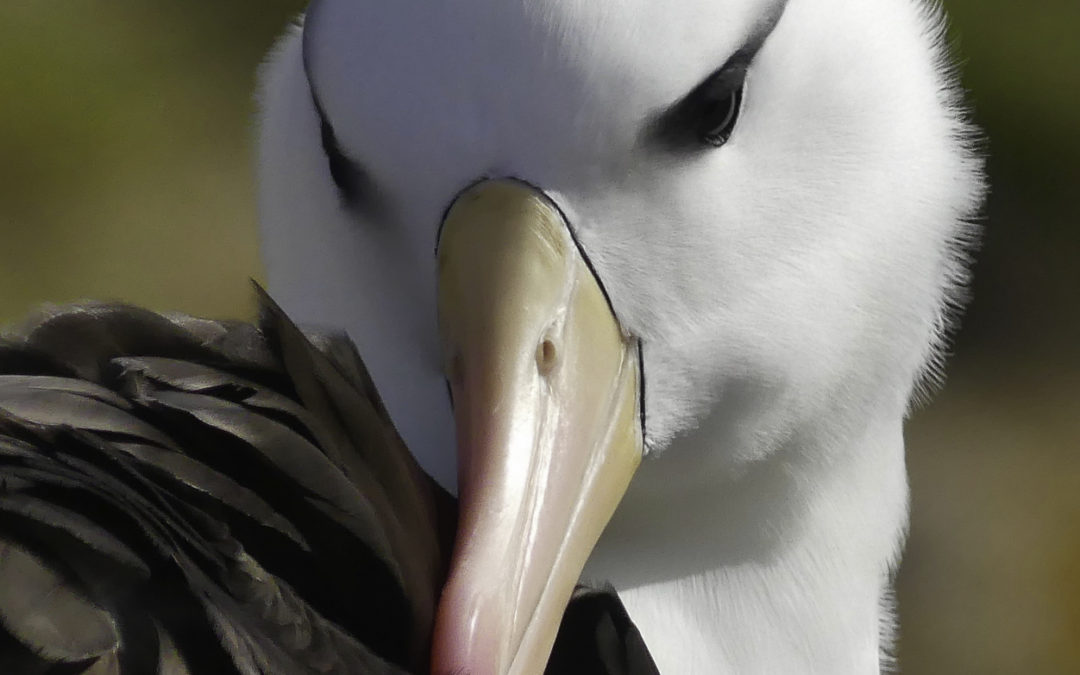 I feel I have joined a higher order of mortal,
having seen the albatross.

We spent six magical weeks aboard the Spirit of Enderby exploring the seemingly boundless wilderness of the Southern Ocean, from the Subantarctic Islands to the East Antarctic. This was my first “‘real” introduction to the wind-driven world that albatrosses call their own. To set the stage, imagine the breathtaking reality of our ship being held offshore the East Antarctic (with no way to safely anchor) for nearly 3 days by 190 mph (300 km/h) katabatic winds roaring down the vast fetch of the Antarctic’s Continental Ice Sheet. Our skilled Russian captain ran a parallel GPS line (back and forth) well off the coast, night and day, until our expedition leader determined that it might be “safe” enough to attempt a Zodiac landing ashore. Our destination was the historic Mawson’s Hut, where the Australian Historical Society restoration team was awaiting their holiday mail and several cases of beer. As a leader, I was in the bow of the first Zodiac to attempt an Antarctic landing, where we would need to scale a wall of snow that the Australians had prepped for our arrival by cutting steps, which we would climb with the aid of ropes strung from two ice axes. Perched in the bow (the “active” hot seat) of the inflatable, I ended up breaking a couple ribs when the Zodiac flew off a giant wave crest and dropped into the trough. Yes, I was still holding on! We landed against all odds, to the cheers of the Australians, delivering the much anticipated mail and beer. Within an hour of our arrival onshore a blizzard drove us right back to the ship. The albatrosses (I swear) seemed at home in those rogue waves! Although everything we saw and experienced on that entire trip was transformative, my total immersion in the windy world that albatrosses inhabit everyday changed the way I think about oceans forever.

The Campbell albatross, formerly thought to be the same species as the black-browed albatross (shown above), shares the distinctive eyeshadow patterning and many of the fascinating behaviors of its relatives living in the subantarctic regions of the Atlantic (South Georgia and the Falklands) and the Indian Ocean. How do you tell the difference between the two species? Superficially, where you see them geographically is helpful, of course, but what grabs your attention when you get a close look with your binoculars is their riveting topaz-hued irises (as opposed to the ebony-black irises of the black-browed). The Campbell albatross breeds only on the northern end of the island, and nowhere else. The number of pairs fluctuates greatly each year, with as many as 20,000 pairs coexisting in tightly-packed, cliffside colonies on the island’s North Cape.

We didn’t have the gift of observing mated pairs in their nesting colony because we were early in the season and leaving them in peace. Animated and always curious, these albatross pairs engage in elaborate, loud courtship rituals that involve gaping with an open bill, nodding, bill touching, fake preening and tail fanning. The background “musical” score includes high-pitched wails, yapping and low grunting. Campbell albatross nests are similar to those of the black-browed albatrosses that I’ve observed in the Falkland Islands, with neatly-spaced and symmetrical, adobe-built pedestals sitting atop a quagmire of trampled peat. When the chicks hatch, the fluffy gray nestlings will be snug in their nest bowl and will be closely guarded by both parents against predators like skuas. Like many albatrosses, the Campbell albatrosses join ships at sea and it is sheer magic to try and photograph their splendid close-quartering flight through the wave troughs. 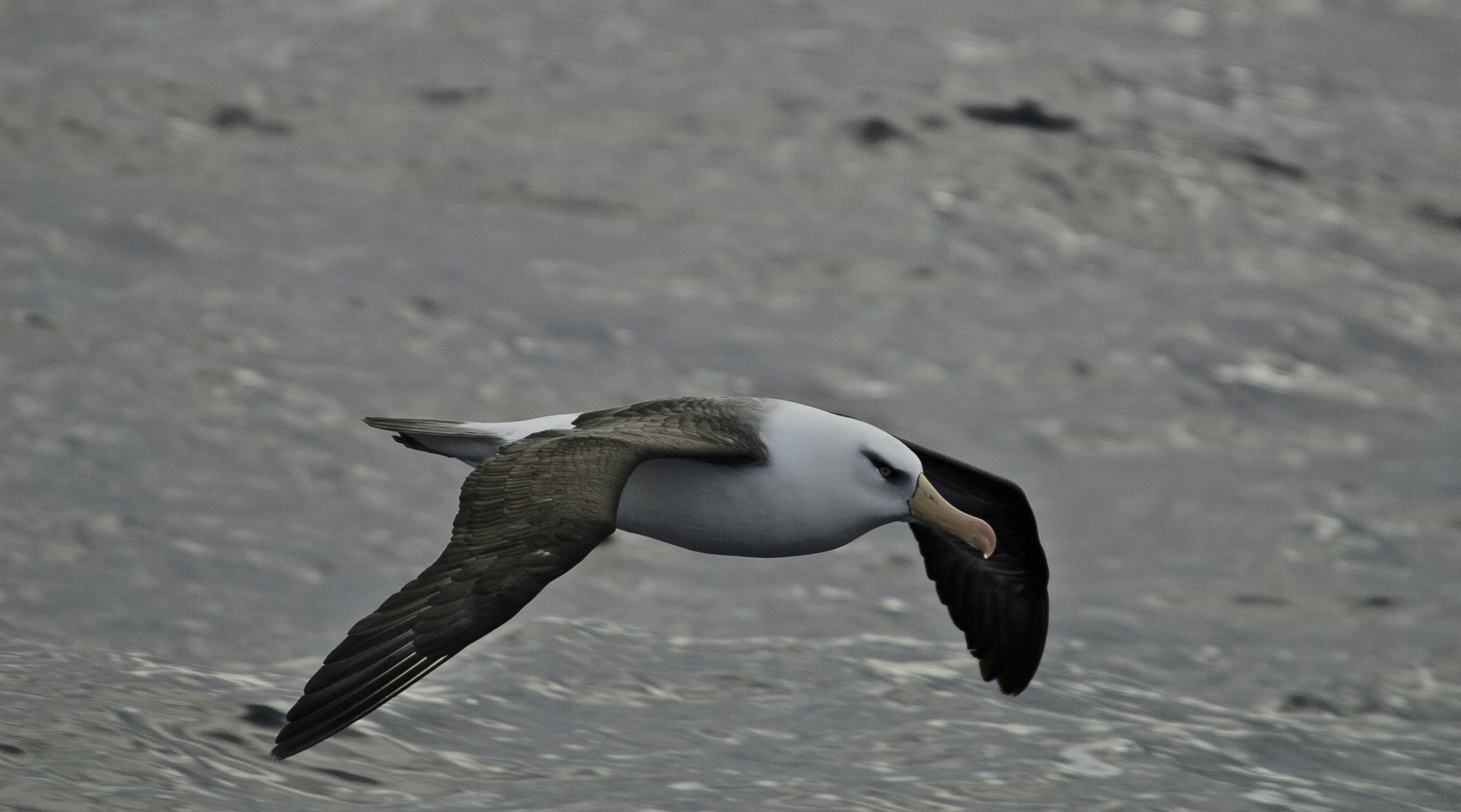 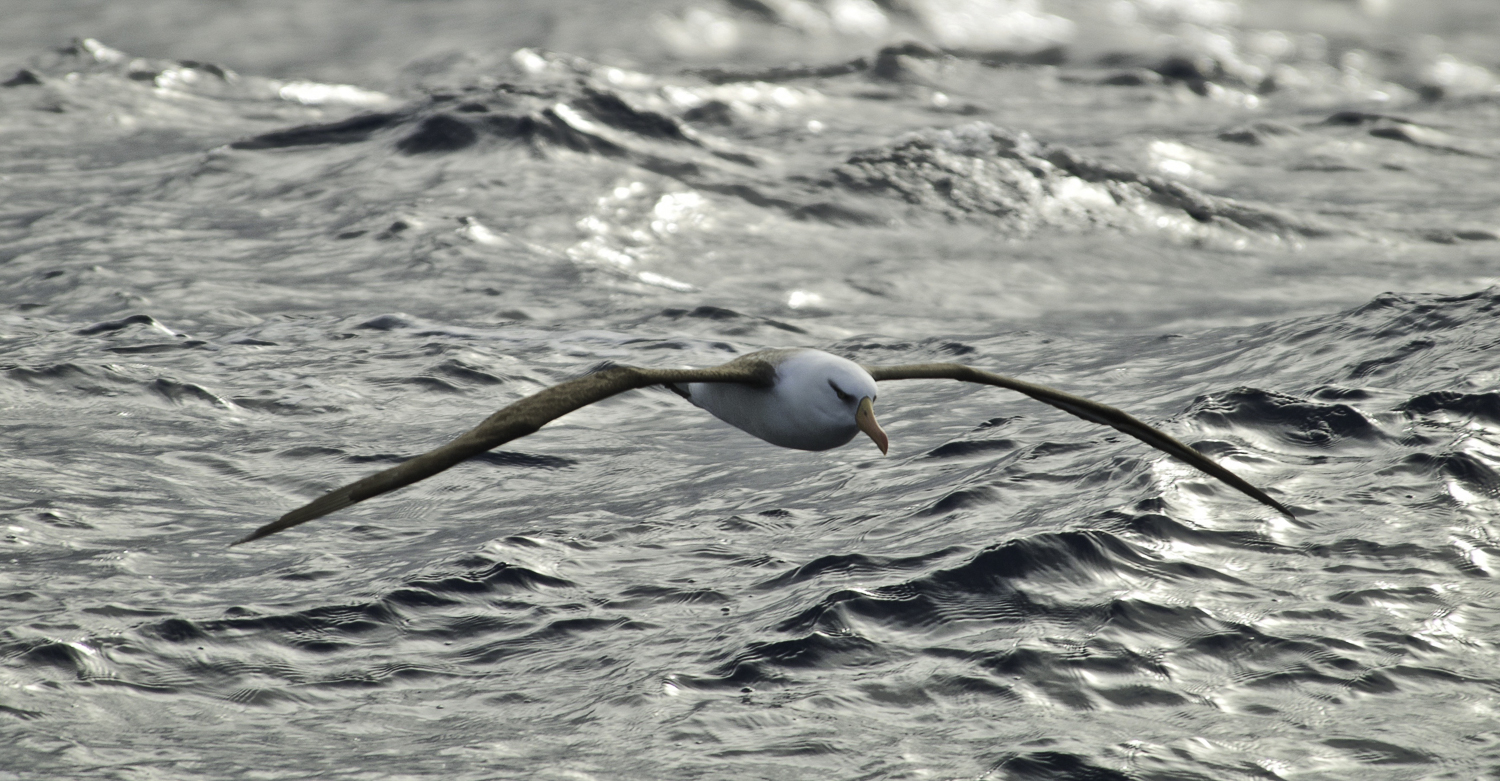 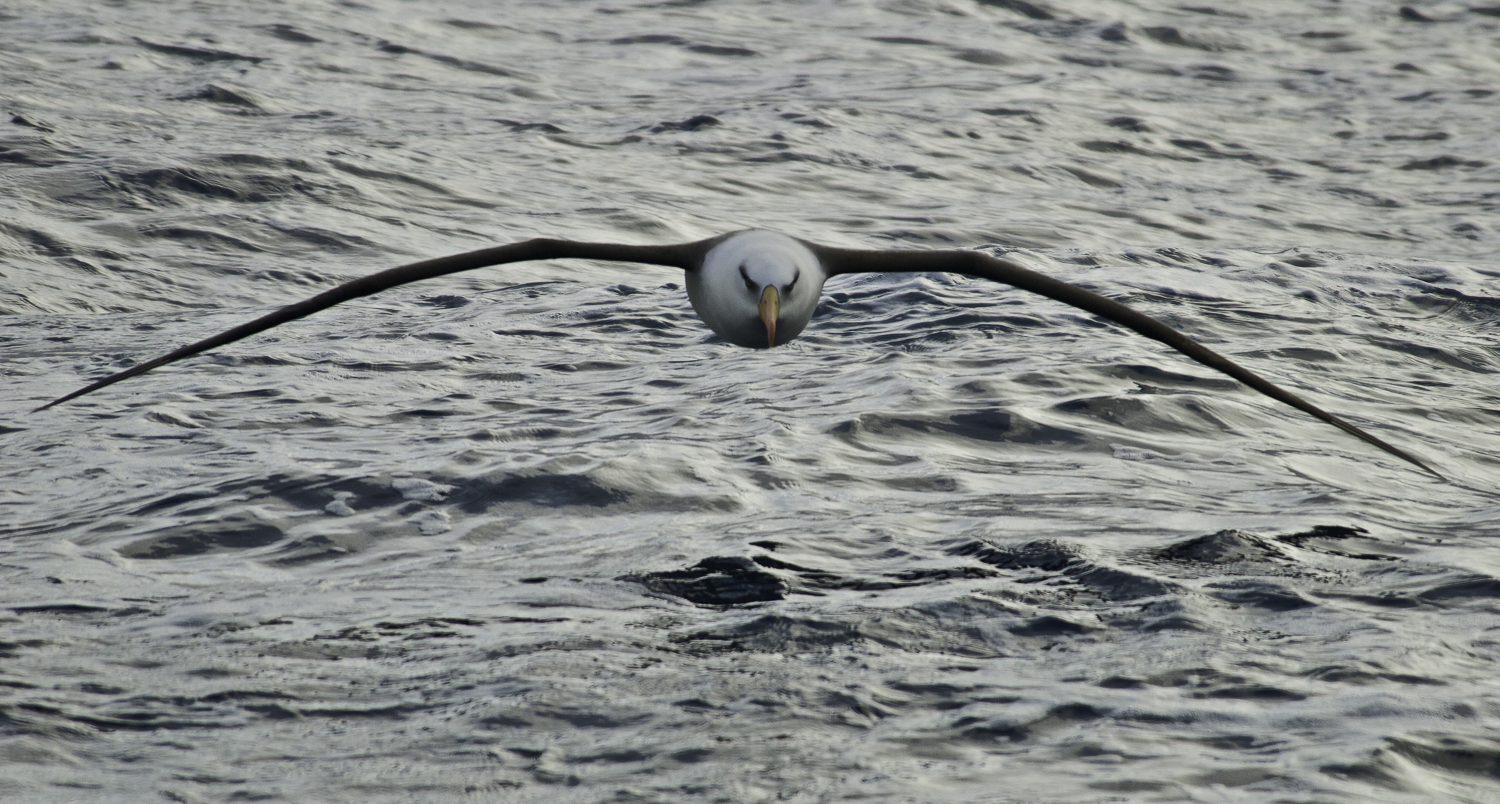