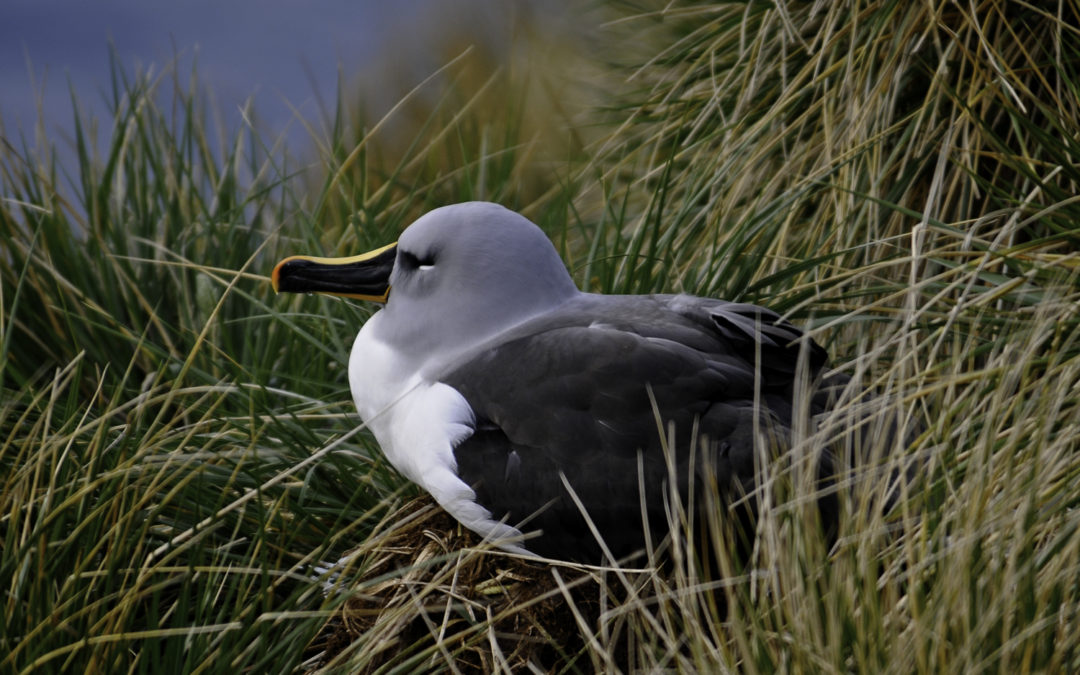 One of the highlights of hiking up through the grass tussocks on Campbell Island, was spotting a gray-headed albatross just settling into a mixed species colony near some southern royal albatrosses. With its velvety-gray head, white eyeliner and its orange-tipped, black and yellow beak, the gray-headed albatross may be my favorite of all the species I’ve been fortunate enough to see. It is the ultimate circumpolar traveler and can be seen almost anywhere in the fierce southern latitudes known as the Roaring Forties, Furious Fifties and Screaming Sixties—the perfect oceanic realm for these wind masters. In recent years, the advent of lightweight, high-tech tracking devices has made it possible to expand our knowledge of their extraordinary travels. Watching a gray-headed albatross soar is a meditation on flight, transcendent grace and beauty on the wing. Gray-headed pairs seem to have achieved the impossible when it comes to parenting, needing only seven or eight months to raise their single chick. Once the chick has successfully fledged, the parents appear to embark on the albatross version of a sabbatical year and will remain at sea for that entire time.

Southern royal albatrosses, in contrast to their gray-headed relatives, spend the bulk of their time comparatively close to Campbell Island, where the majority of the species breeds. The population on Campbell Island is considered “stable,” averaging around 8,000 pairs. This magnificent albatross is the largest species of all, the white perfection of its body balanced by a charcoal-hued shingle patterning on the upper surfaces of their wings. Courtship and pair-bonding behaviors are generally less exuberant than those of other albatross species, with fewer vocalizations and body-stretching displays. They begin breeding at about 8 years of age, and many southern royal pairs breed biannually, much like their gray-headed relatives, although some successful pairs will breed annually. These albatrosses nest in loosely organized colonies in tussock grassland, usually avoiding windy ridges. The female I photographed below had just laid her single egg, and the incubation period lasts almost 80 days. Parents brood and guard the nestling for about 40 days, and fledging occurs after about 245 days. Brown skuas, like the one I photographed below, are occasional predators on eggs or tiny nestlings, and will often nest quite near the albatross breeding colonies. This one had just come back from an unsuccessful close-quartering hunting trip over the albatross colony. 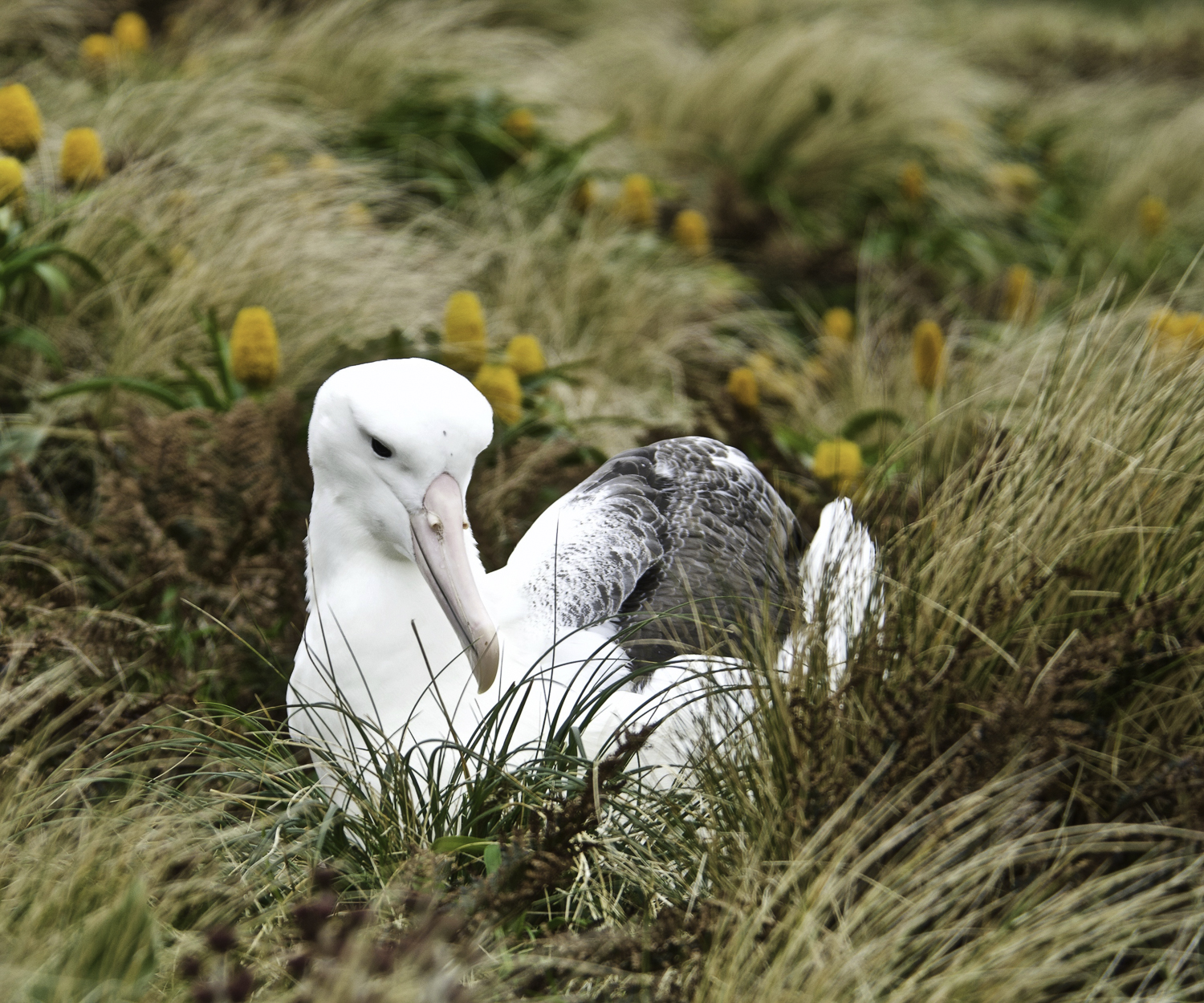 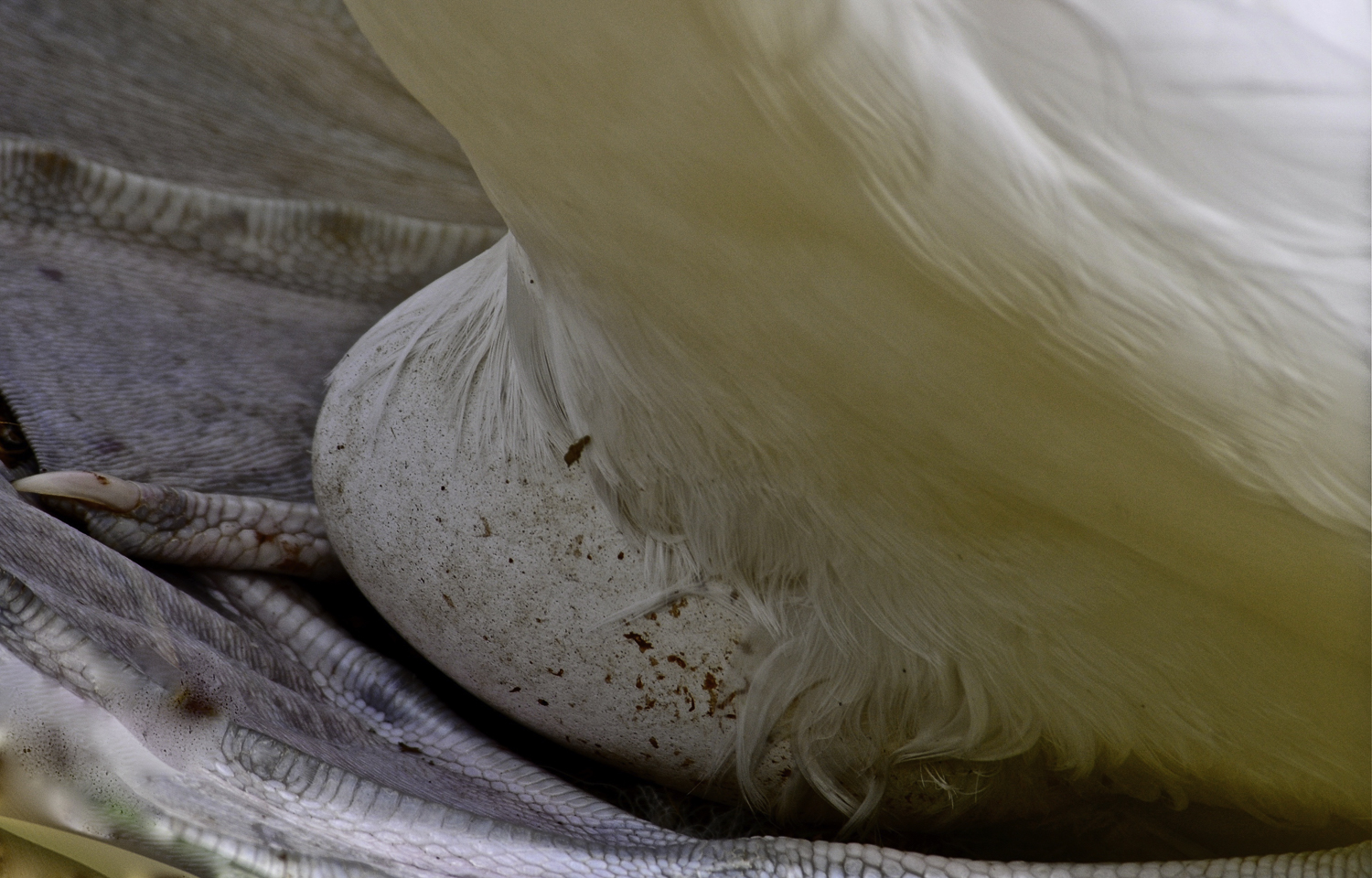 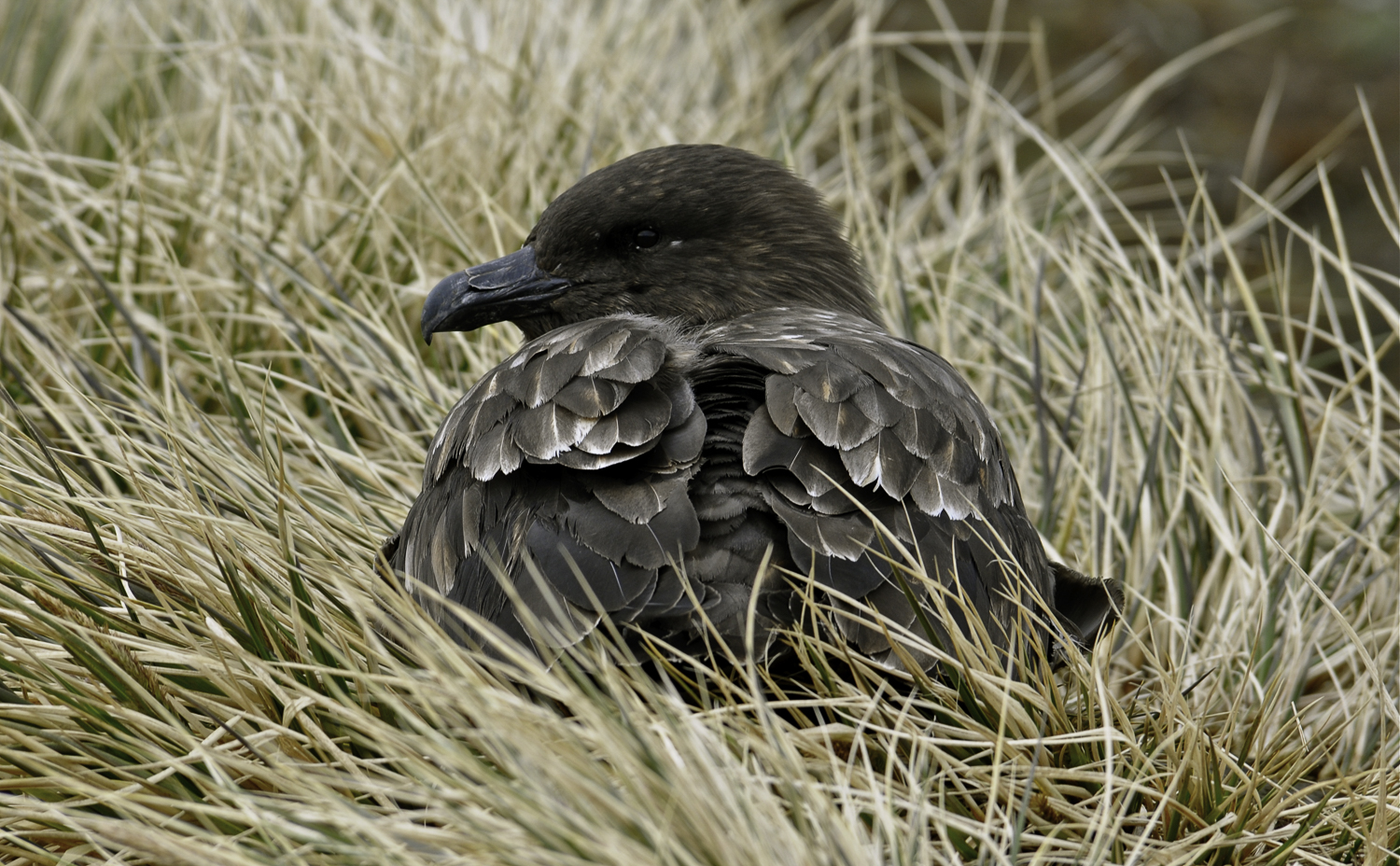