In this time of accelerating global climate change in polar regions, we need to think about the complex and interdependent ecosystems that have evolved in association with ice in all of its forms. What I’ve shared in these East Antarctic-focused ePostcards provides only a microcosmic glimpse of this wondrous and ancient world. Antarctica contains about 90 percent of Earth’s ice, enough to raise global sea levels about 200 feet should it all melt. The East Antarctic Ice Sheet (EAIS) holds 10 times more ice than the West Antarctic Ice Sheet (WAIS) complex — enough, on its own, to raise sea levels by about 170 feet.

No place on Earth is colder than East Antarctica. Formed over tens of millions of years, the vast ice sheets of East Antarctica are nearly three miles thick in places. In winter, the temperature commonly hovers around -67 degrees Fahrenheit (-55 degrees Celsius); in 2010, some spots on East Antarctica’s polar plateau plunged to a record-breaking -144 degrees F. In the West Antarctic, the Antarctica Peninsula is experiencing some of the most rapid warming on Earth. In the last 50 years, the peninsula has warmed almost 5.4 degrees F (3 degrees C), significantly higher than the global average of 1.6 degrees F (0.9 degrees C). In February 2020, Argentina’s Esperanza research station recorded high temperatures of 64.9 degrees F (18.3 degrees C), similar to February temperatures in Los Angeles, and the highest temperature ever recorded in continental Antarctica.

For decades, researchers have considered the East Antarctic Ice Sheet (EAIS) to be comparatively stable—a sleeping ice giant. While warming Southern Ocean and air temperatures have caused ice shelves and glaciers in the lower-altitude, warmer western regions of the Antarctic to melt and collapse, there has been little evidence to suggest that the larger, colder EAIS would follow suit. If anything, climate change was expected to bring more snow to the EAIS’s polar plateau, expanding the ice sheet complex. With these unprecedented warm temperatures, we are seeing a very different story unfolding. Glaciologists now warn that more ice shelves are potentially being exposed to warm water infiltration than previously thought, especially in the East Antarctic. This is problematical, of course, because ice loss accelerates wherever there’s an influx of warmer water. Calculations based on satellite record data estimate that ice mass loss from the Antarctic Ice Sheet has accelerated over the last four decades, increasing six-fold from roughly 40 billion tons per year in 1979–1990 to about 252 billion tons a year in 2009–2017.

Have you ever heard of red snow? If you have hiked across perennial snowfields in arctic and alpine areas anywhere in the world, you have probably seen red snow” (also dubbed “watermelon snow” because it smells like watermelon). See photo #5 of red snow by Kelly Levin/WRI. Red snow is not a new phenomenon and was recorded as a noteworthy curiosity in the trip logs of polar and alpine explorers such as Captain John Ross and Charles Darwin. Red-snow algae (Chlamydomonas nivalis) are red-pigmented unicellular algae that appear seasonally on the surface of thawing snow. The red color comes from carotenoids (the same pigments that make pumpkins orange) in the algae’s chloroplasts. Functionally, these pigments absorb heat and protect the photosynthetic algae from ultraviolet light. As temperatures warm, the algae proliferate, turning the snow a darker shade. Red snow reduces surface reflectivity and, in turn, causes more solar radiation absorption, which results in more snow melt. With the stage set by the recent unprecedented Antarctic temperatures, the red-snow algae that thrives in freezing water and lies dormant at the snow surface until conditions are right, is greeting the spring sunshine by bursting into “full bloom,” covering large areas of icy snow with blood-red, flower-like spores. The more ice that melts, the faster the algae spreads. That, in turn, leads to more warming, more melting, and more algal blooming—effectively jumpstarting a feedback loop of warming and melting that may accelerate ice loss in vulnerable areas.

We are set on a course that will completely transform the world of ice as we know it, but probably not within our lifetimes. The future of ice in both the Antarctic and Arctic is uncertain at best. As the East Antarctic’s ice shelves — floating atop the warming Southern Ocean — erode, the vast glaciers behind them could easily accelerate their slide into the sea. Recent evidence suggests that some of the East Antarctic glaciers (such as the Totten) have already begun a slow, inexorable backward march that could eventually lead to the loss of even more ice than exists in all of West Antarctica. Scientists are increasingly concerned that if Antarctica’s glaciers continue their retreat, they could reach a critical tipping point—after which the cycle of runaway melting accelerates. What will the future bring for the animals that depend on ice and healthy, non-acidic oceans? Will we be ready for global sea level rises? I also wonder what Douglas Mawson would think about what has happened in the 100 years since his Australian Antarctic Expedition? 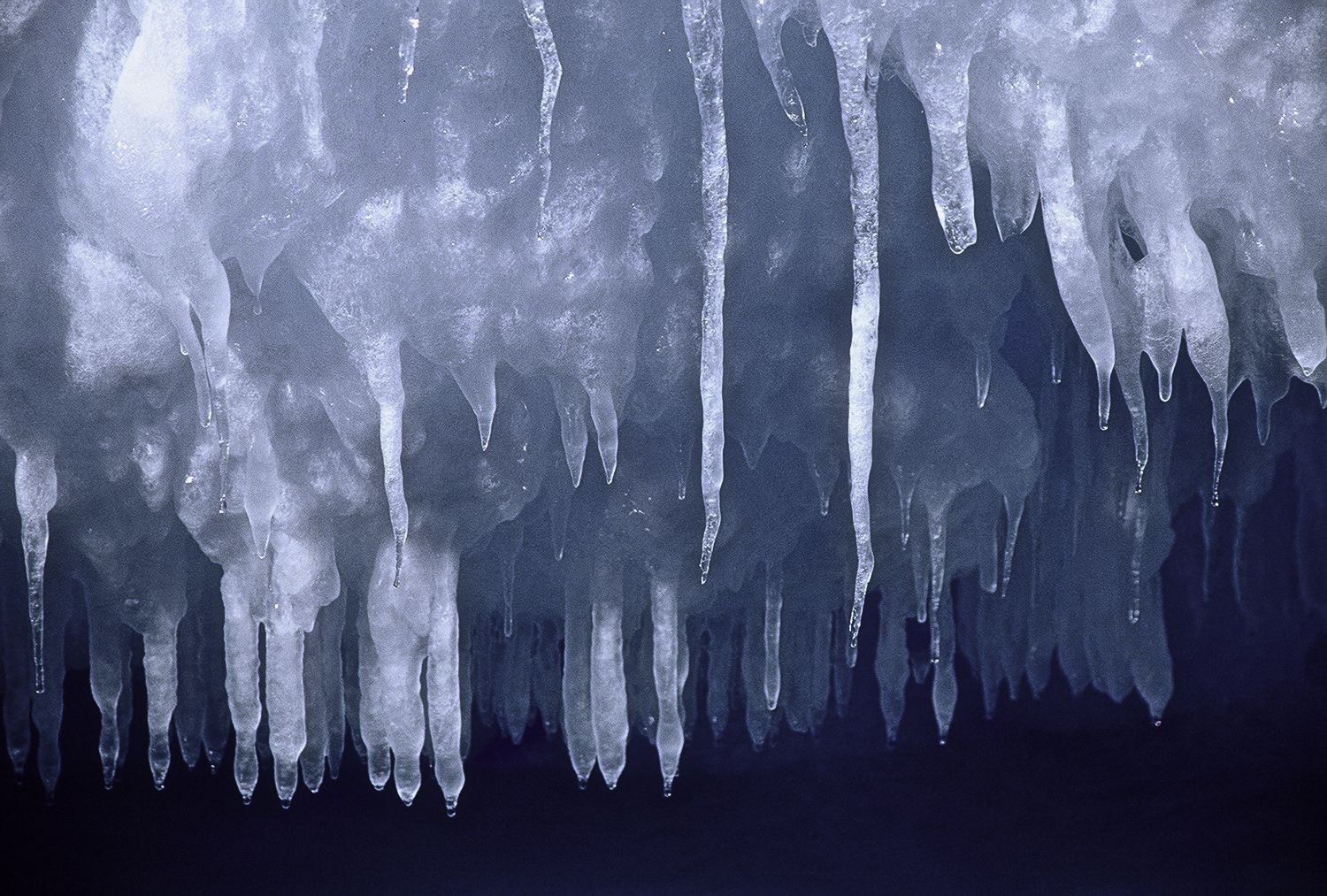 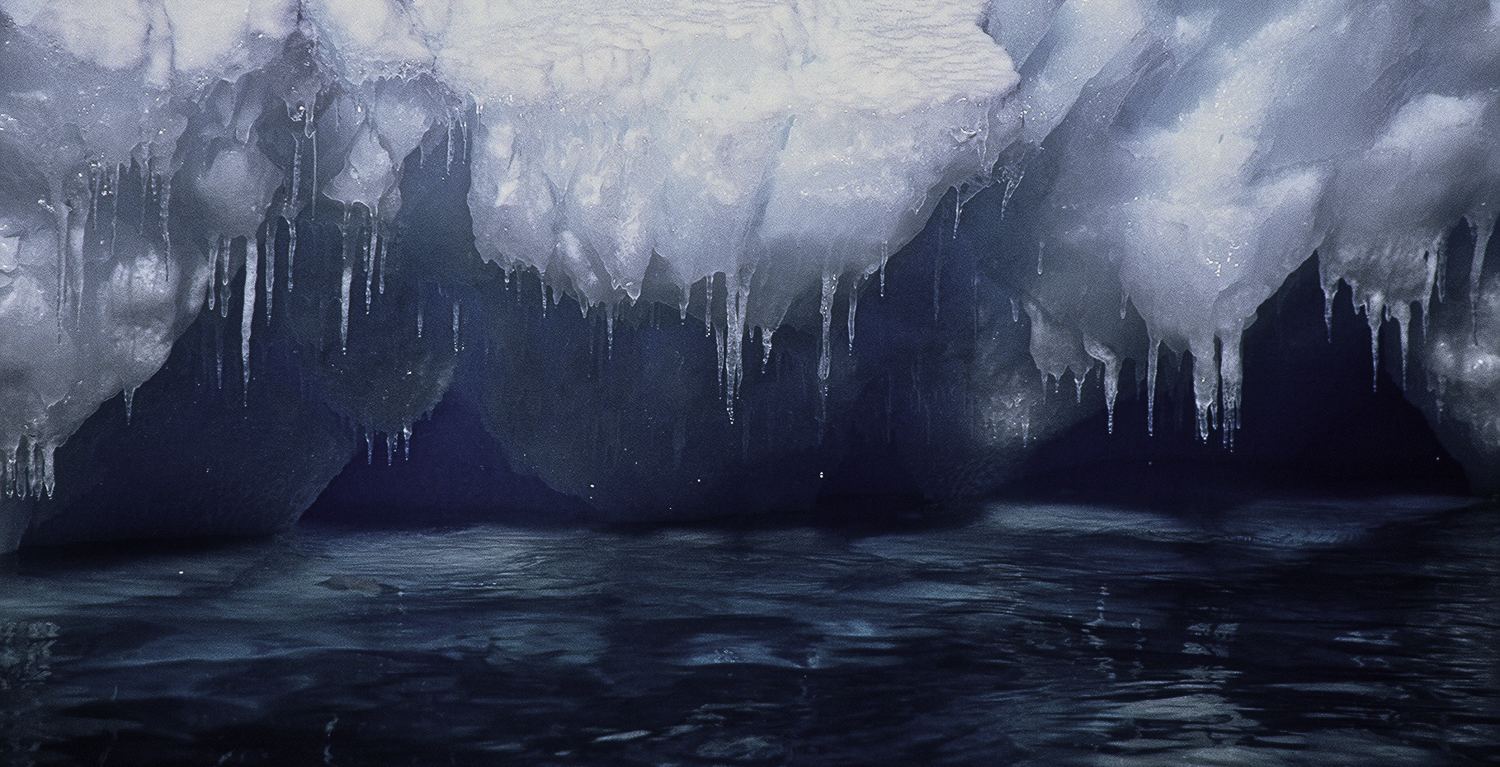 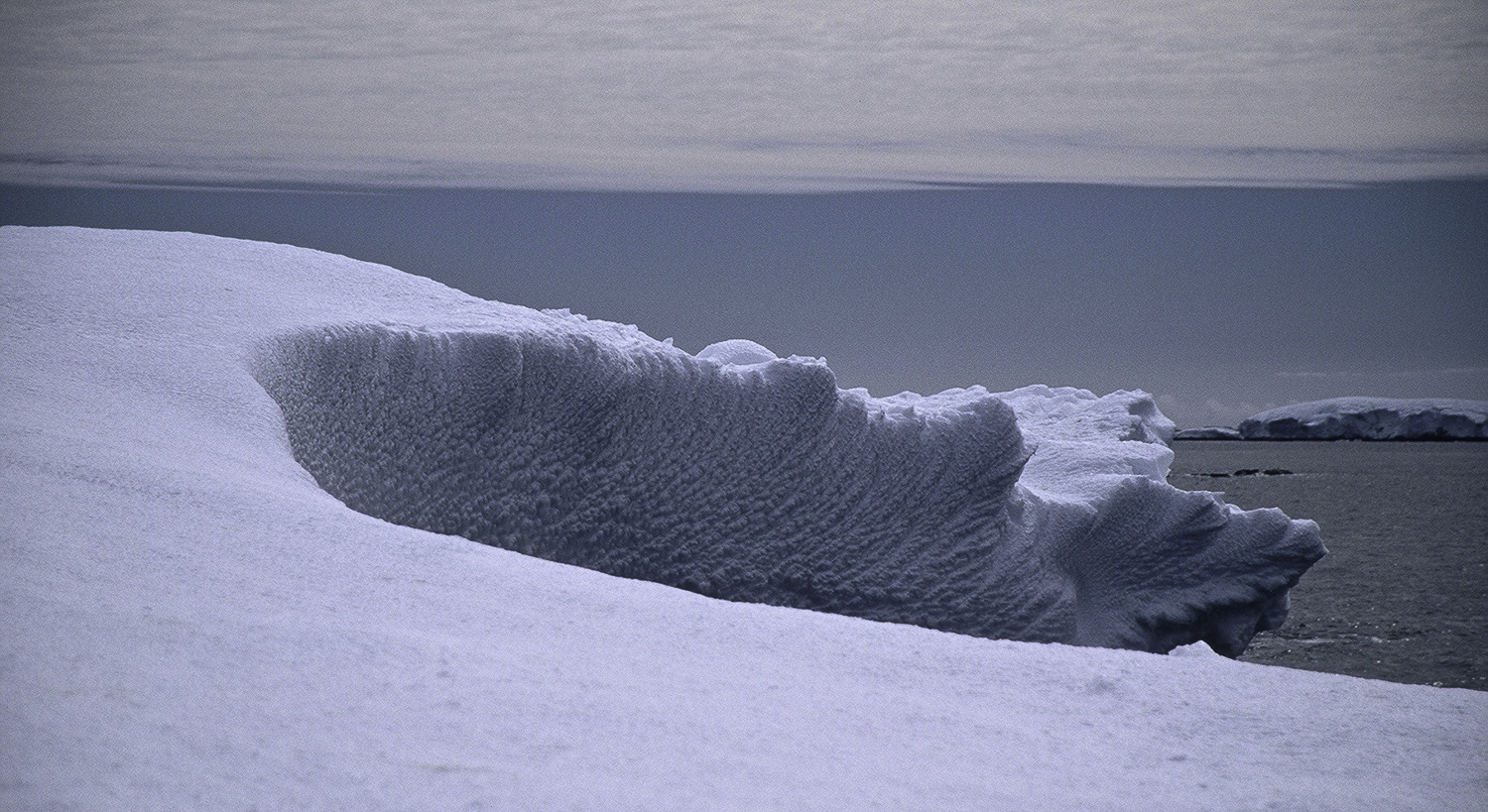 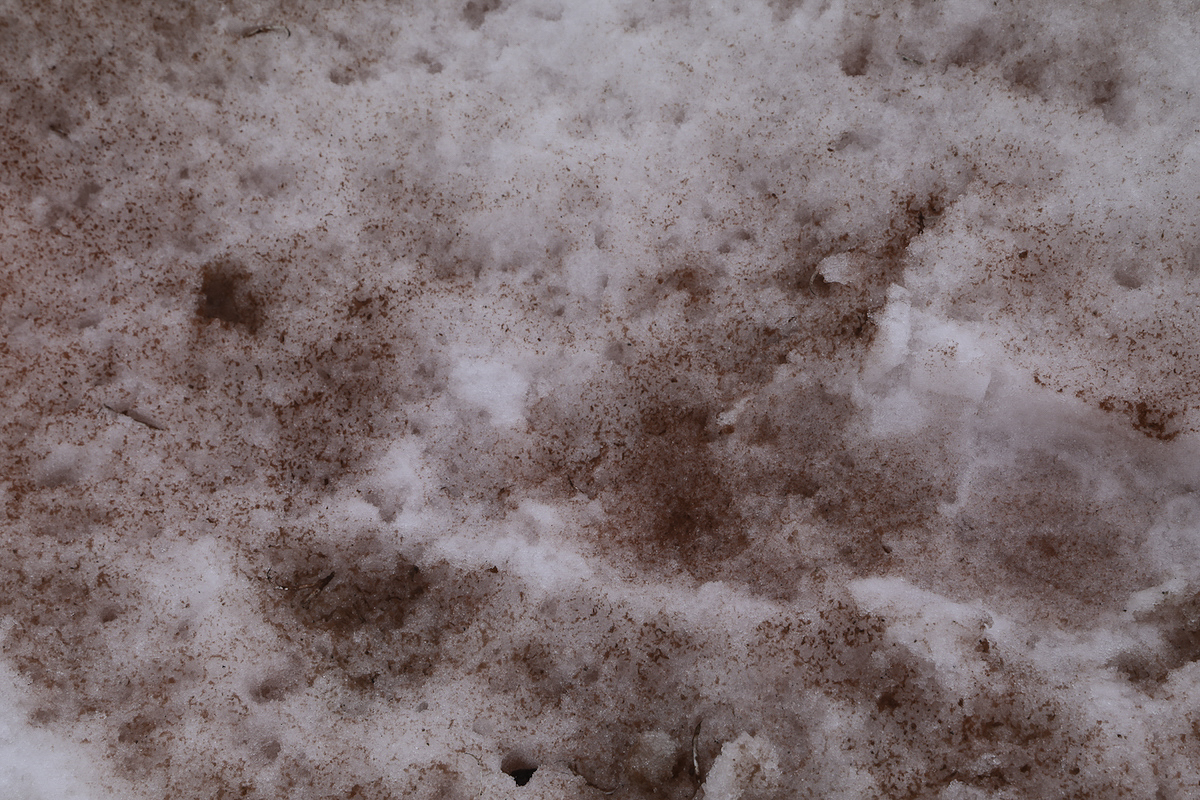 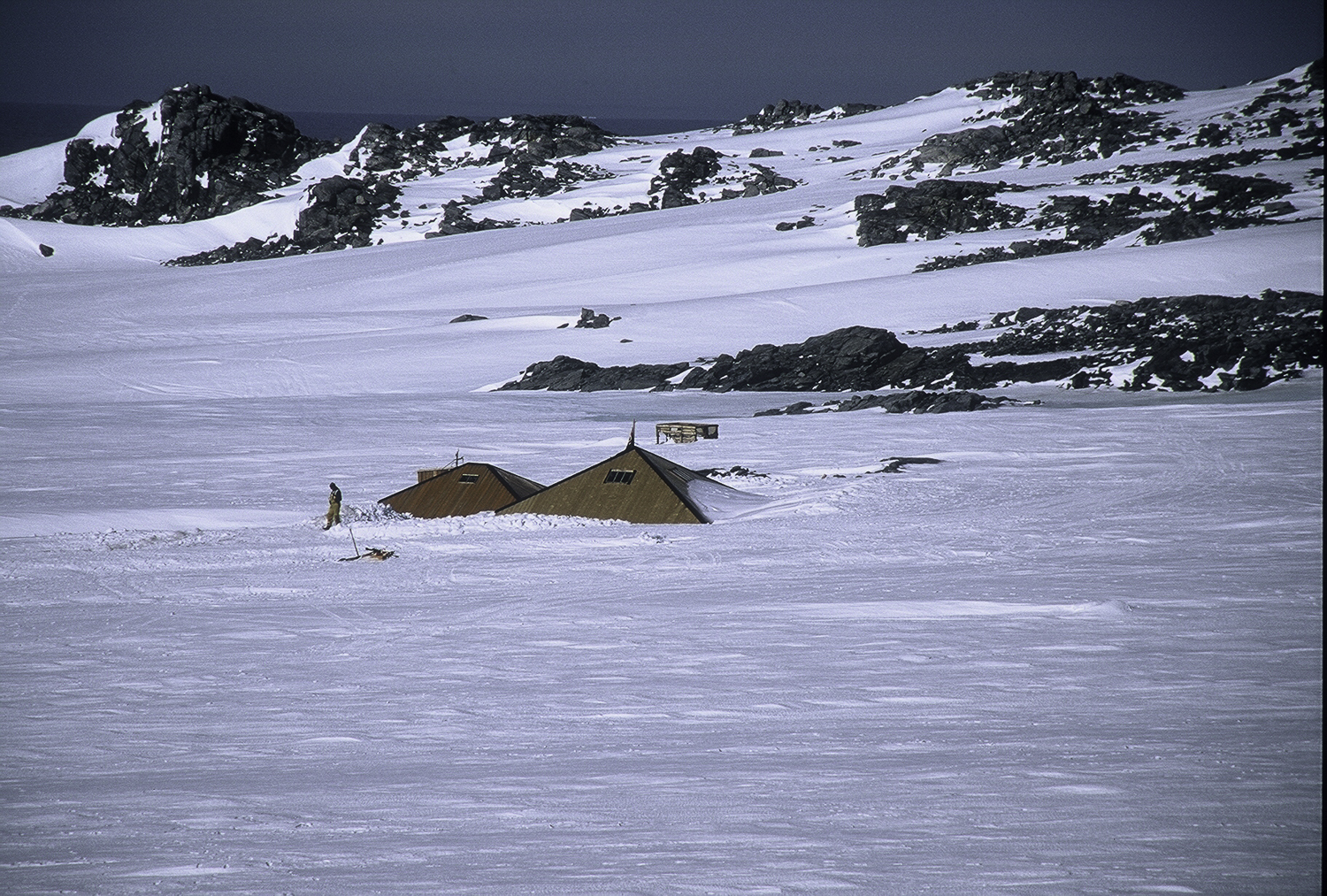