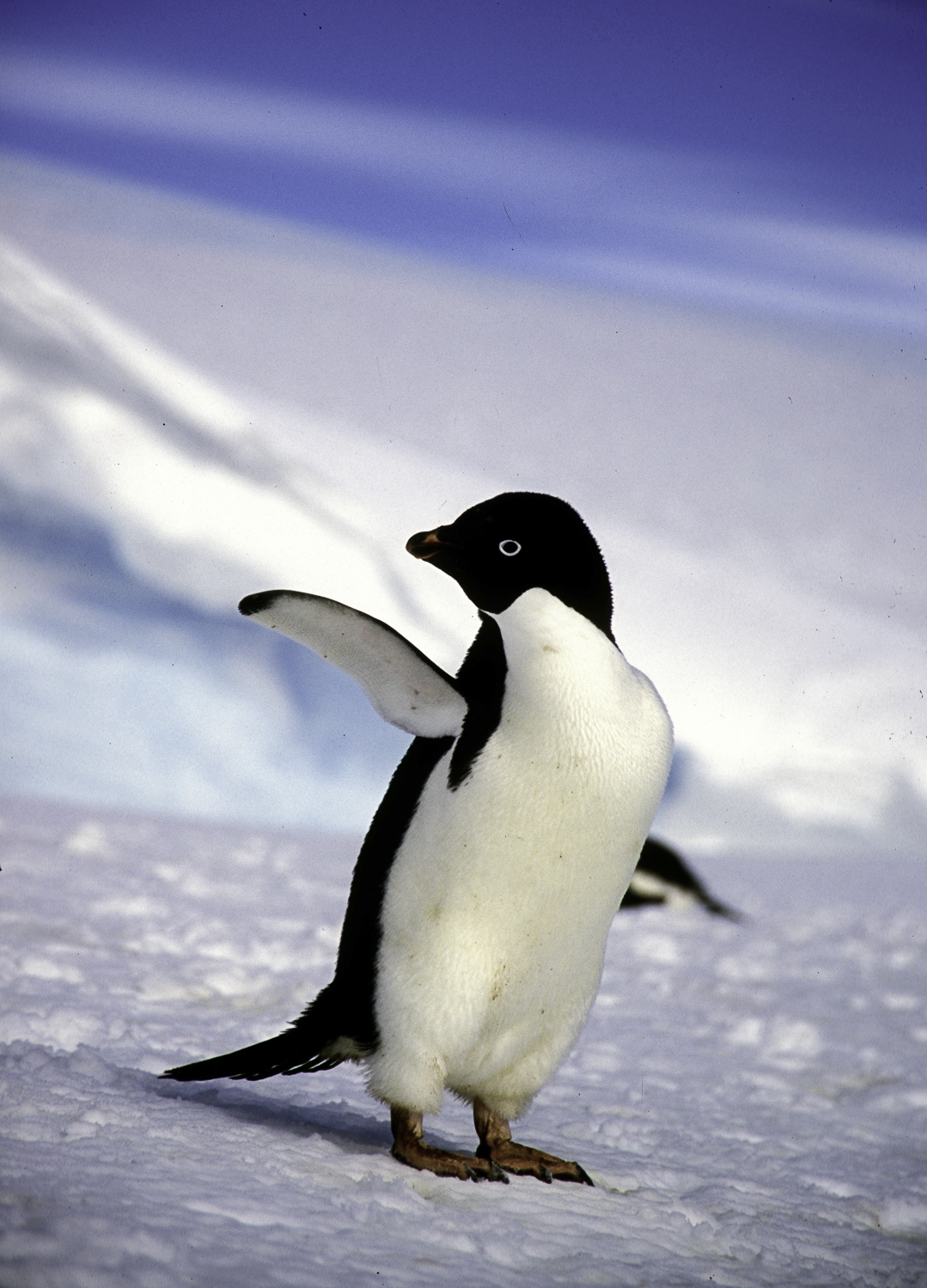 Understanding the impacts of global climate perturbations on penguins is especially complex in polar regions. Adélie penguins are critically important as ecosystem sentinels because they are sea-ice dependent and their survival is linked directly to food availability, snow-free nesting terrain, and productive wintering areas. The delicate balance between the Adélies’ food intake and the energetic expenditure to reach good foraging areas year round has already resulted in steep population declines in the Western Antarctic Peninsula region and the Scotia Sea, which include many of the northernmost breeding locations for these penguins. In some areas, Adélie populations have declined as much as 70%, and some breeding sites have been abandoned altogether. Dr. James McClintock, the renowned polar biologist, refers to these abandoned colonies as “ghost rookeries.”

In the East Antarctic and the Ross Sea region, where about 38% of the total Adélie penguin population lives, numbers had seemed to be increasing and the situation appeared relatively stable. Sadly, the cataclysmic juxtaposition of climate-related events appears to be gathering force in the East Antarctic as well. Our visit to the French Dumont d’Urville research station (located in coastal Terre Adélie, in the Pointe Géologie Archipelago, on Petrel Island), opened my eyes to the challenges of identifying all the ways that climate variability can impact penguin population biology. All the islands of the archipelago except for Ile des Pétrels are part of the Antarctic Specially Protected Area 120, including the Emperor penguin breeding colony on sea ice featured in the blockbuster film “March of the Penguins.” We know now that profound changes can occur with shocking rapidity in polar regions, but the impacts to both Adélie and emperor penguin populations in this region truly defines what I meant by the phrase “the cataclysmic juxtaposition of climate-related events.”

Since our visit in 2006, I’ve learned that the Adélie penguin populations in the d’Urville Sea of the East Antarctic sector have been in steep decline. To help you understand the environmental conditions that contributed to the two recent catastrophic breeding failures on Ile des Pétrels, I want to describe the breeding timeline and challenges for Adélie penguin parents. The female lays one or two eggs in mid-November and both parents participate in the reproductive effort by alternating daily foraging trips at sea, where they feed primarily on two species of krill and Antarctic silverfish, with either the female or male remaining on the nest to keep the eggs/chicks warm and protected from predators. When the chicks are developed enough and display thermoregulatory abilities, parental trips to sea become irregular and the chicks form crèches, until they fledge in early March. The reasons for the breeding failures (2010-2011 and 2013-2014) I refer to differ in some details but in both events sea ice extent in front of the colony during the breeding season was greater than in other years and persisted throughout the season. The extensive sea ice forced the Adélies to travel further than usual to reach their feeding grounds and to be away from their nest sites longer. For example, the physical factors leading to the breeding colony failure in 2013-14, when not a single chick from a colony of more than 20,000 adult pairs survived, was attributed to the combined effects of sea ice extent and several days of freezing rain before the chicks’ downy feathers were waterproof enough to retain body heat.

Researchers recently discovered that the opening of polynyas (the Russian word for a pool of open water surrounded by ice) in the sea ice that forms in the shallow bay right in front of the Dumont d’Urville colony allows penguin parents easier access to foraging areas and the advantage of a quick turnaround in feeding the chicks, and appears to play a critical role in penguin breeding success. In Terre Adélie, emperor penguin breeding success is also closely related to the extent of fast ice attached to the Antarctic continent and breeding is less successful if no polynya forms in the vicinity of the colony. In mid-February 2010, in another strange twist to the story, the massive B9B iceberg drifting in from the Ross Sea collided with the tongue of Mertz Glacier, east of Dumont d’Urville. Several icebergs, freed from the collision, anchored themselves in the shallow bay in front of the Dumont d’Urville colony, creating a network of “ice pillars” where sea ice could form at the expense of polynya formation. Coincidentally, temperatures rising above the seasonal summer norms melted freshwater ice and snow, flooding vulnerable and unprotected nests and increasing overall chick mortality. While Antarctic ecosystem changes and declining penguin populations may not seem as though they are relevant to us in our current situation, they exemplify the complexity we face as we cope with global climate change impacts. 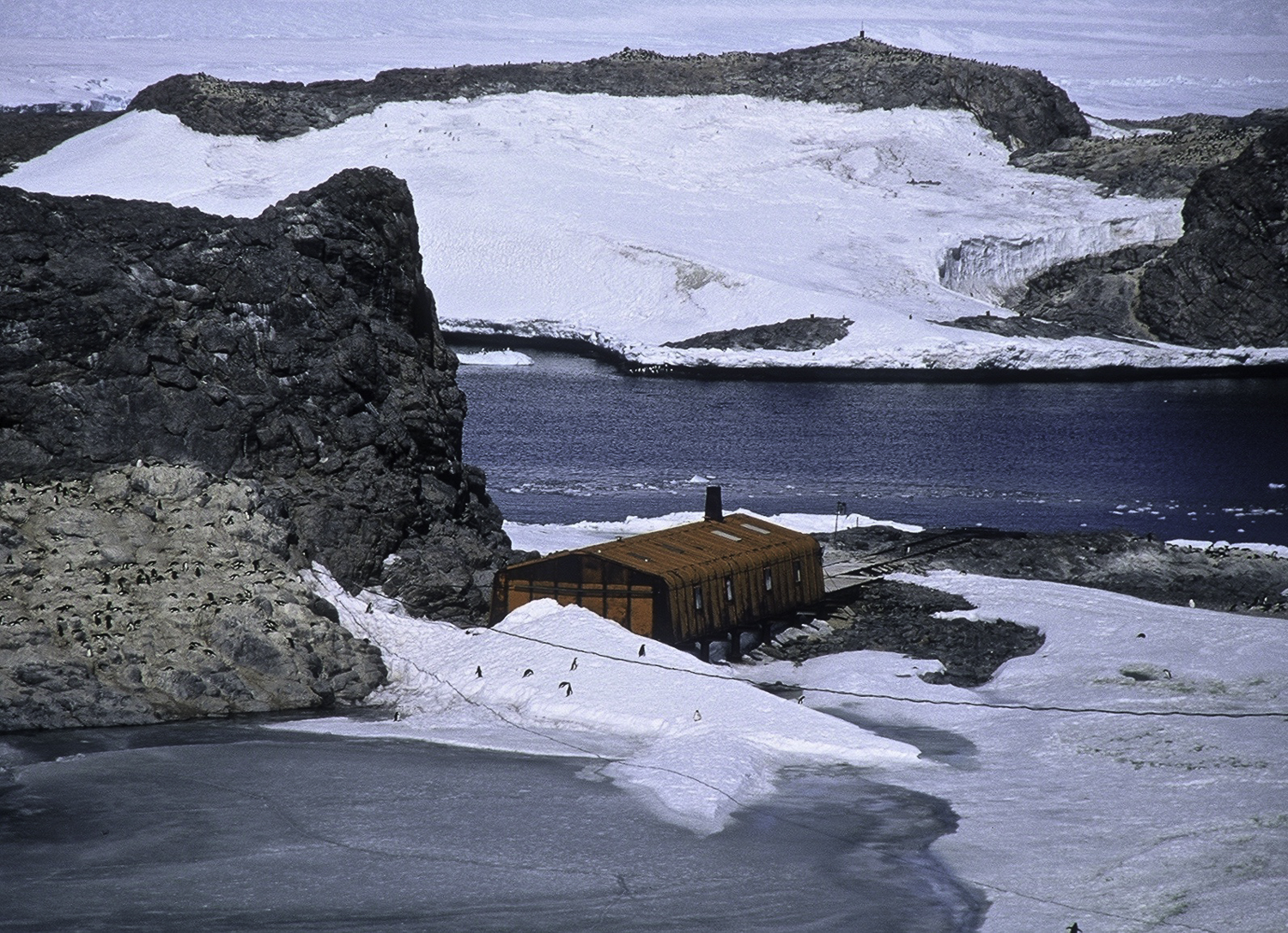 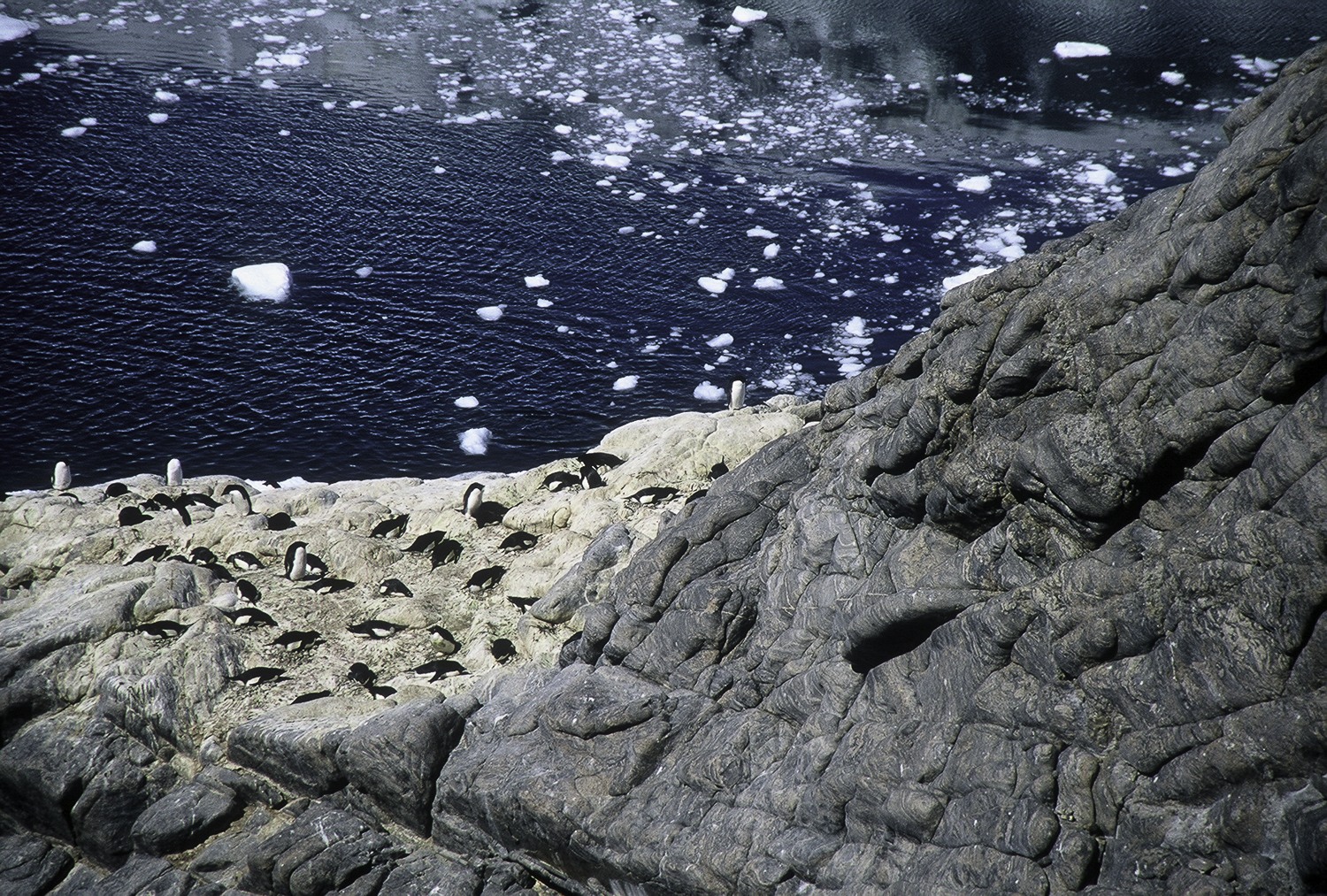 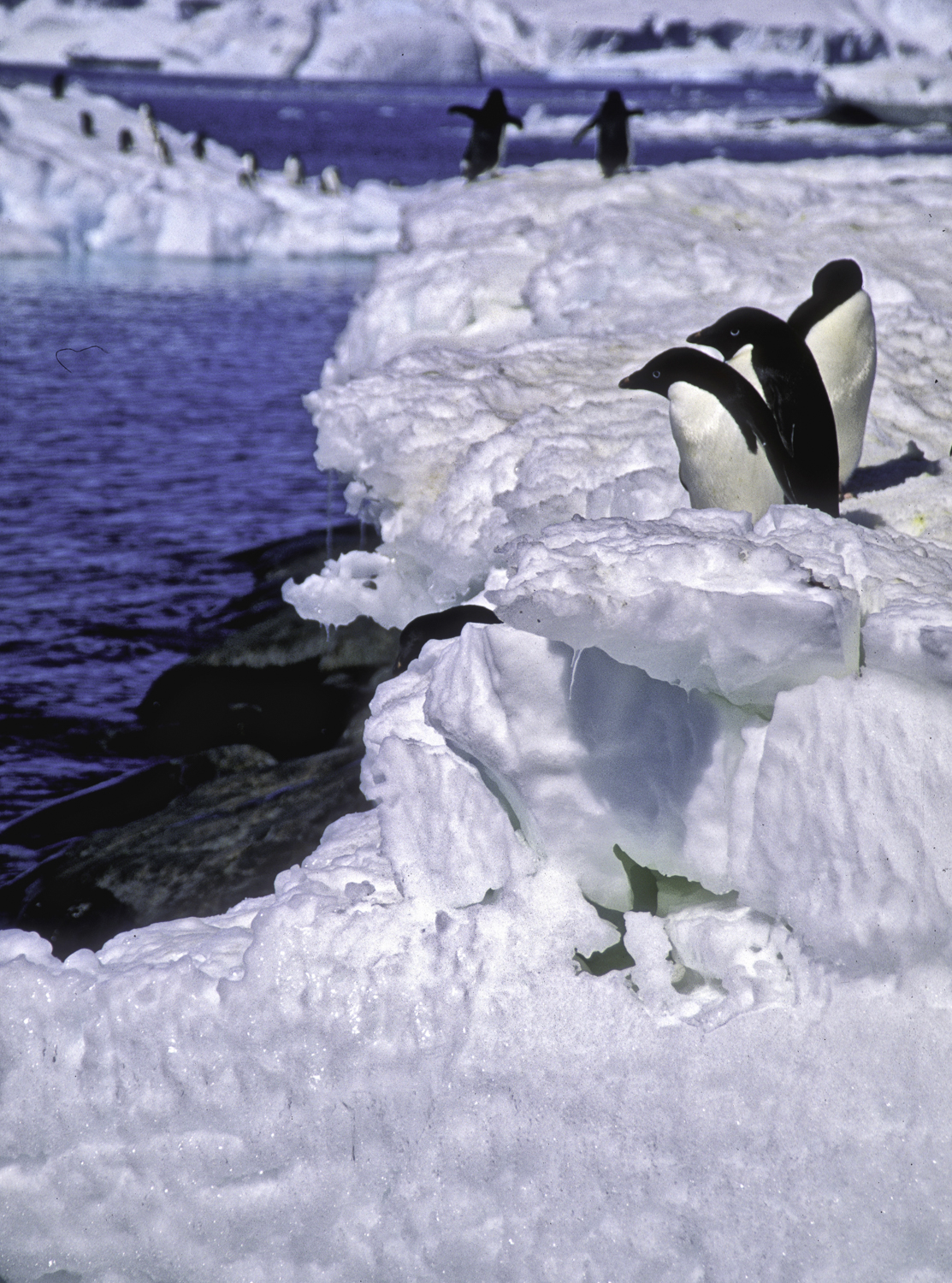