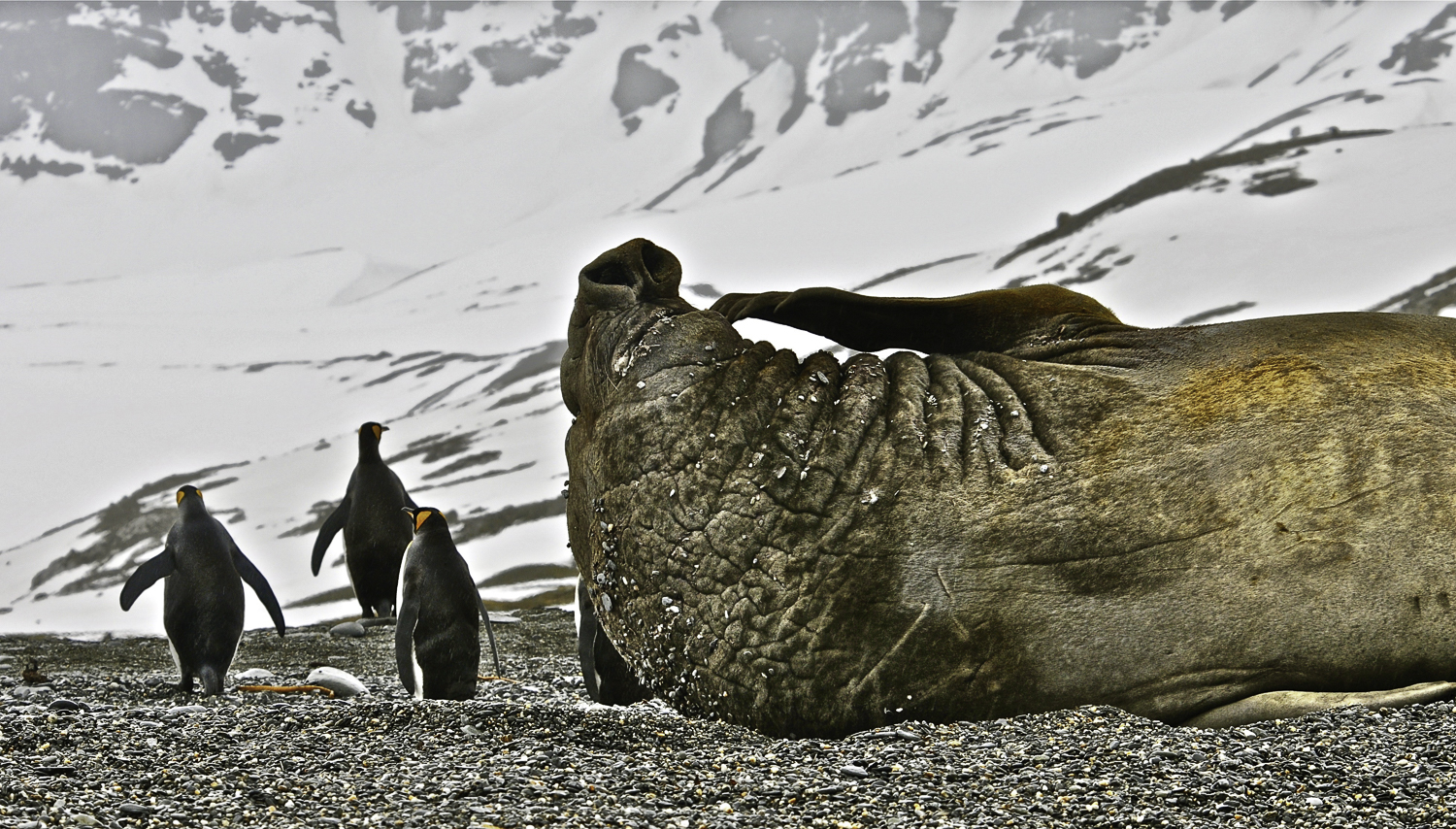 On South Georgia, the first sign of the austral spring is the return of the bull elephant seals to their breeding beaches in late August. Once ashore, the most sexually mature bulls (the beach masters) begin establishing their territorial primacy with sonorous, belching roars amplified by their trunk-like snouts. The daily territorial dramas range in intensity from brief skirmishes, sparring and bluff charges to pitched and bloody battles that may cause serious injury (but rarely death) to the vanquished opponent. The big bulls always seem ready to rumble, rearing up on their hind flippers and bashing chests with challengers to maintain the prime breeding territories. These beach masters are competing for the best harem locations before the arrival of the females in early September. Keep in mind that within four or five days of coming ashore, the pregnant females will give birth to their pups, which were conceived during the previous breeding season. The most successful bulls will assemble harems ranging in size anywhere from 40-50 females to a hundred or so. Constant vigilance is required by the harem master to defend his harem from other males. Sadly, these ongoing battles for supremacy can have fatal consequences for innocent bystanders, and especially for newborn pups who get run over and crushed in the heat of battle.

On the sidelines of the prime breeding territories, younger bulls will be emulating the beach masters as they practice their jousting skills on each other, drawing a little blood with their canines from time to time to get the message across when a full-throated roar doesn’t do the job. Woe to the young bull who forgets his place and challenges a much older bull in the long-established hierarchy! Even the weaners (the juveniles in photo #3) play-fight in their shallow nursery pools. For the harem master, however, the goal before the breeding season draws to a close is to have mated with as many of the breeding age females in his harem as possible, guaranteeing the widespread dispersal of his genetic legacy for future generations. Photo #4 captures one of those intimate moments. The combination of not having eaten since the start of the breeding season and the sheer physical exertion required in battling for supremacy takes a tremendous toll on the bull. Many triumphant bulls with huge harems will last a single season and then wander off, exhausted and battered. In the next ePostcard we will take a look at mothers and pups—and the gentler side of family life. 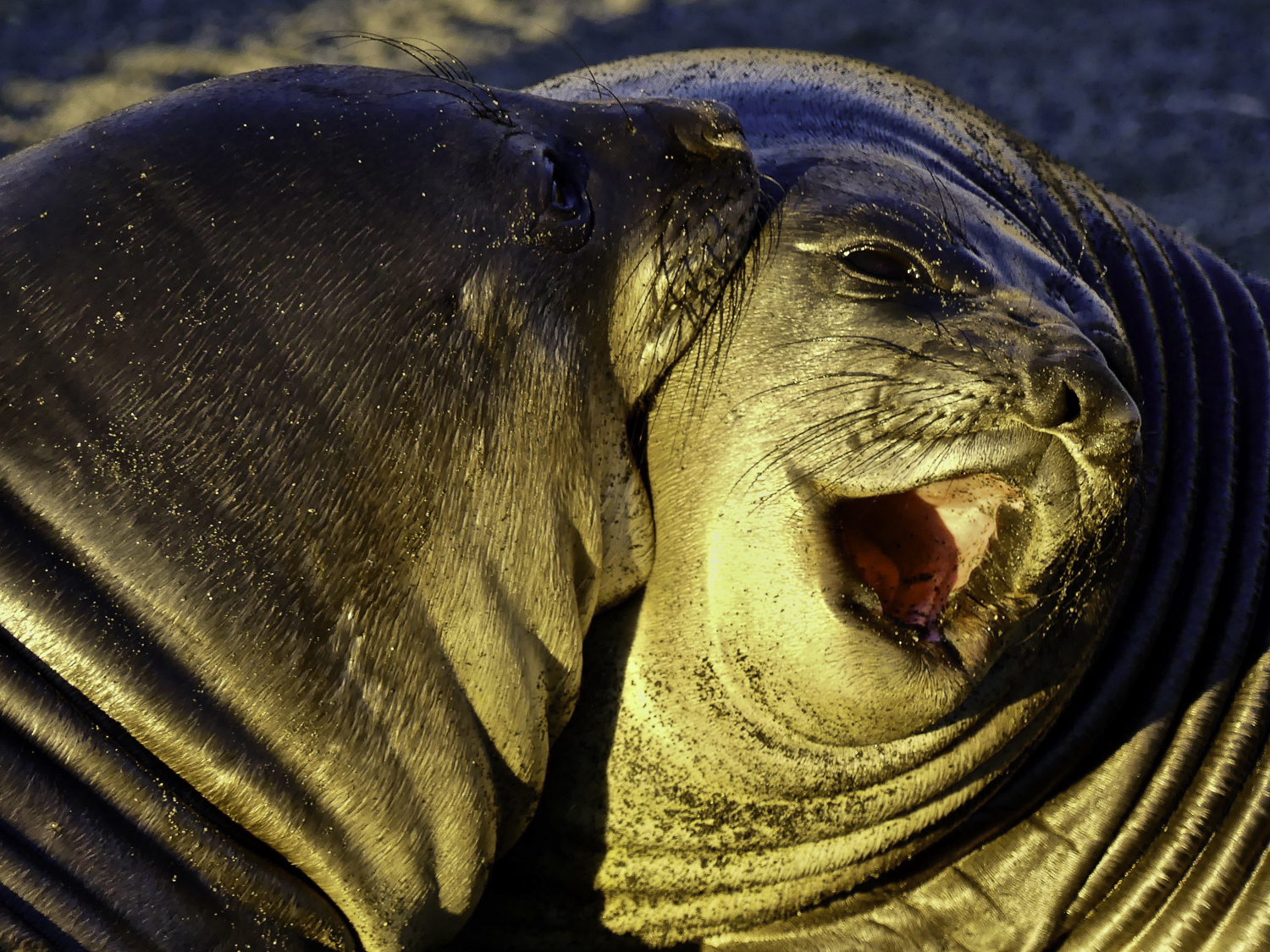 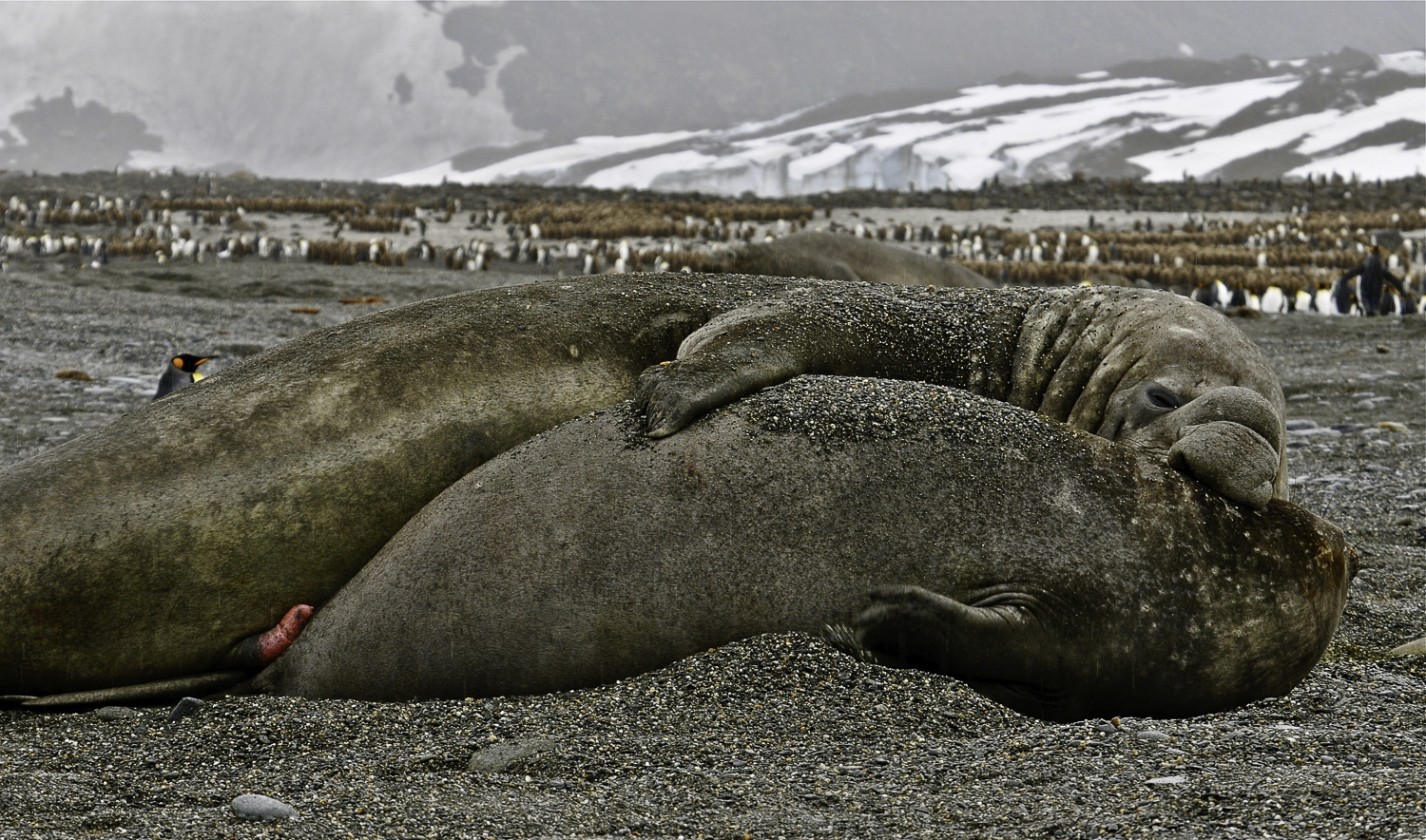