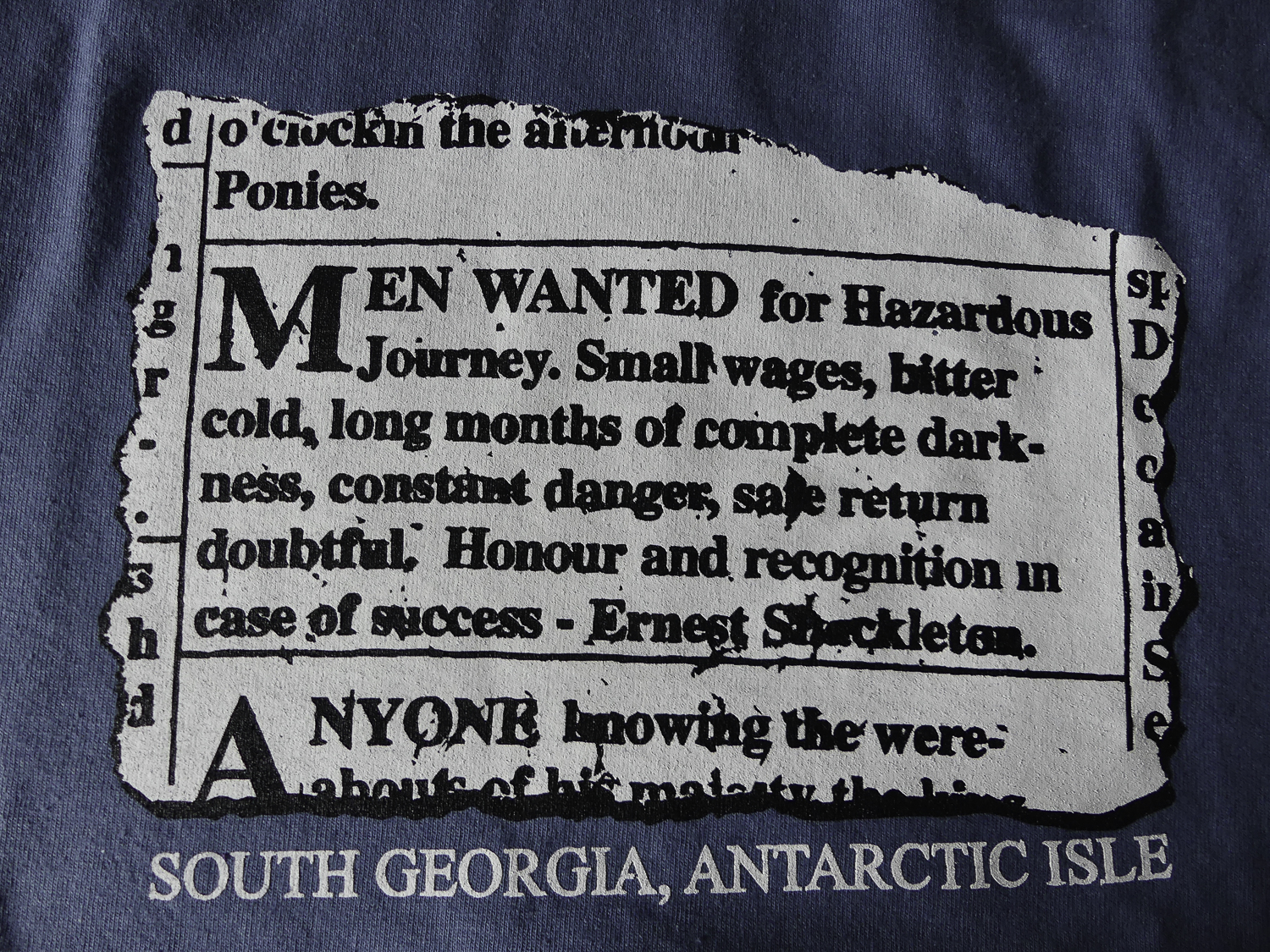 “We all have our White South.”
Ernest Shackleton

The harrowing tale of British explorer Ernest Shackleton’s Imperial Trans-Antarctic Expedition (1914–1917) has haunted me for nearly 40 years. Most historians regard it as the last major expedition of the Heroic Age of Antarctic Exploration. Although the Trans-Antarctic Expedition’s goal of making the first land crossing of the Antarctic continent would ultimately fail, the extraordinary survival saga of Shackleton and his men newly redefined the power of selfless leadership and human bravery in achieving the impossible. The fact that Shackleton’s historic newspaper ad—”Men Wanted for Hazardous Journey”—is now emblazoned on T-shirts and coffee mugs in Ushuaia and Port Stanley tourist shops would certainly amuse the “Boss,” as he was called by his men. Cloud Ridge’s first trip (2003) to the Antarctic Peninsula, South Georgia and the Falklands set the stage and inspired all of our subsequent Southern Ocean trips, and we were always mindful of traveling “in the footsteps” of explorers. Once again, just as we did with George Mawson’s expedition, we have the wondrous photographs of Frank Hurley to transport us back in time. The next several ePostcards will offer a few chapters from this remarkable story.

First, some background. After Amundsen’s South Pole expedition in 1911, the crossing of the Antarctic continent on foot and by sled remained, in Shackleton’s words, the “one great main object of Antarctic journeyings”. Shackleton had been a member of the Discovery expedition to the Antarctic from 1901to 1904, and had led the Nimrod expedition of 1907–1909. With the Imperial Trans-Antarctic Expedition, Shackleton proposed to sail to the Weddell Sea and to land a shore party near Vahsel Bay, in preparation for a transcontinental march via the South Pole to the Ross Sea. A supporting group, the Ross Sea Party, would establish a camp in McMurdo Sound, and from there lay a series of supply depots across the Ross Ice Shelf to the foot of the Beardmore Glacier. These depots would be essential for the transcontinental party’s survival, as the group would not be able to carry enough provisions for the entire crossing. The expedition required two ships: Endurance under Shackleton for the Weddell Sea party, and Aurora under Aenas Mackintosh, for the Ross Sea Party.The news of Amundsen’s conquest of the South Pole reached Shackleton on 11 March 1912, to which he responded: “The discovery of the South Pole will not be the end of Antarctic exploration.” The next work, he said, would be “a transcontinental journey from sea to sea, crossing the pole”. Shackleton was aware that others were also pursuing this objective.

In August 1914, Ernest Shackleton and his crew of 27 men boarded the Endurance and set sail for Antarctica, where he planned to cross the last uncharted continent on foot. In January 1915, after battling its way through a thousand miles of pack ice and only a day’s sail short of its destination, the Endurance became a “floating island” locked in by sea ice. Thus began the legendary ordeal of Shackleton and his crew as they struggled to survive for five months on drifting ice packs in one of the most savage regions on Earth. Sea ice is a force to be reckoned with and when the ship was finally crushed between two ice floes and sank out of sight, Shackleton’s leadership and resolve inspired his men to attempt the impossible–a voyage in one of the ship’s lifeboats across more than 800 miles of open ocean to the nearest outpost of civilization—South Georgia.

MAP CREDIT: Steve Walkowiak; map and artwork prepared for Pursuit of Endurance: On the Shoulders of Shackleton (2015) 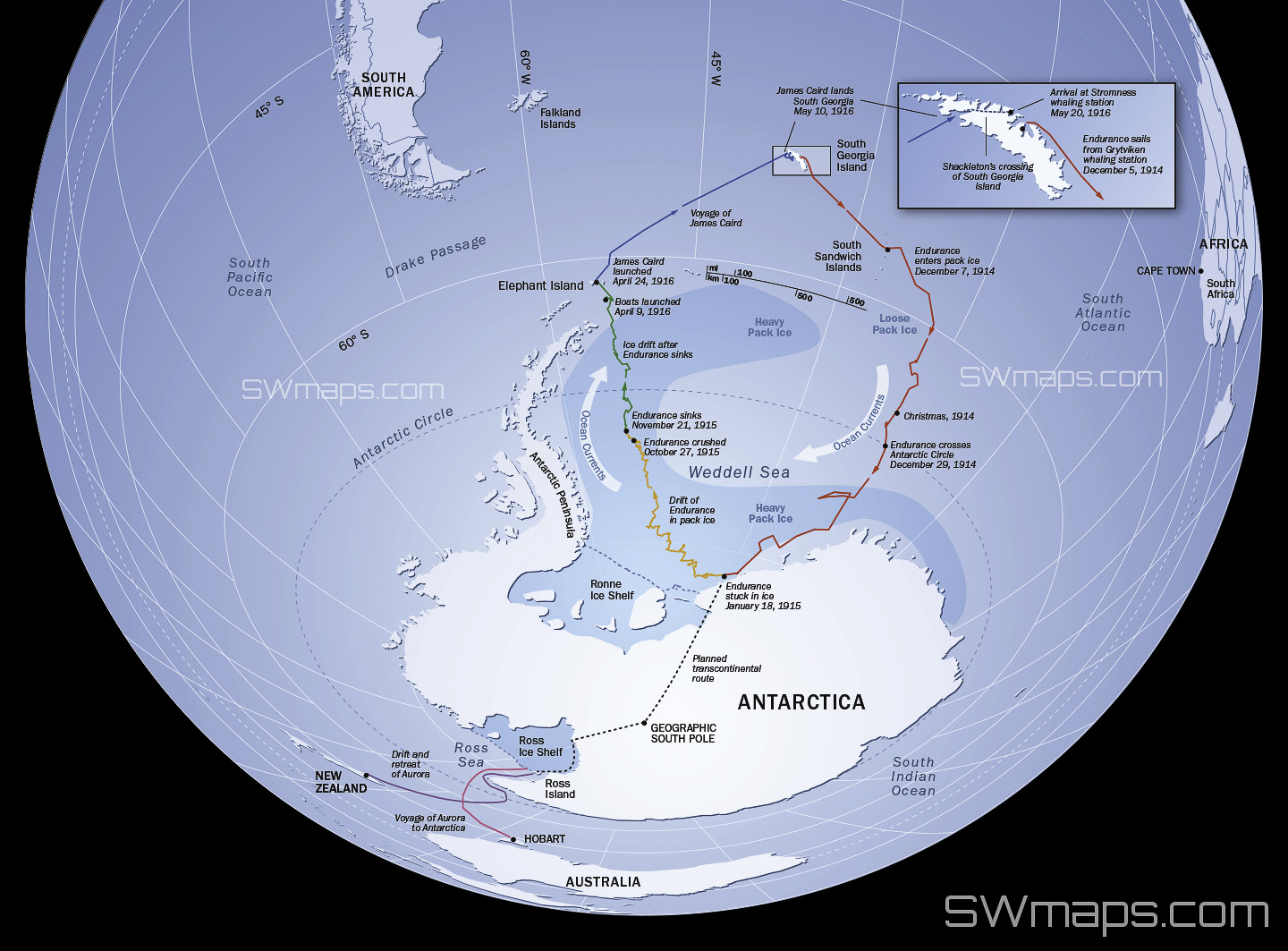 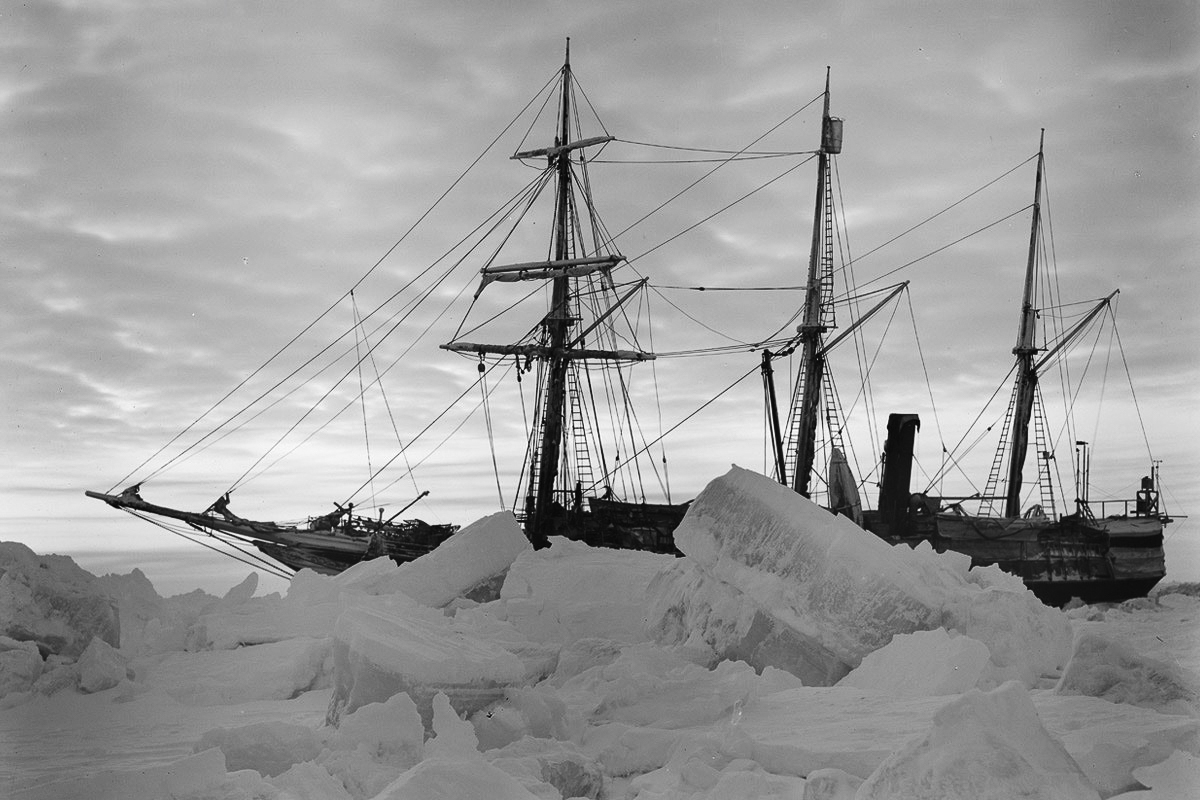 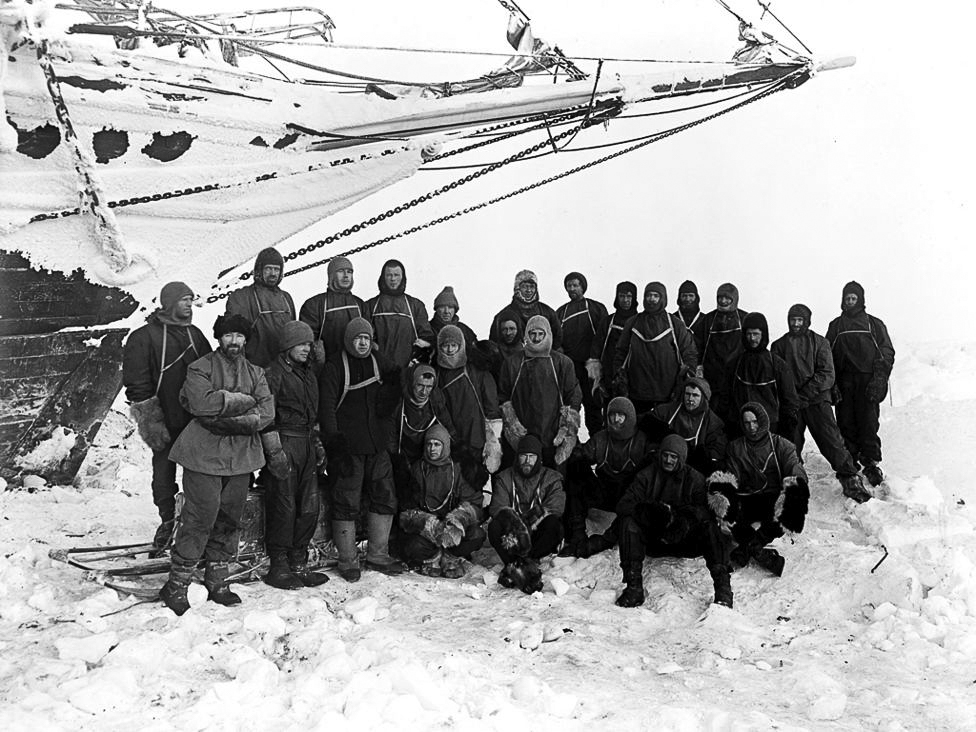