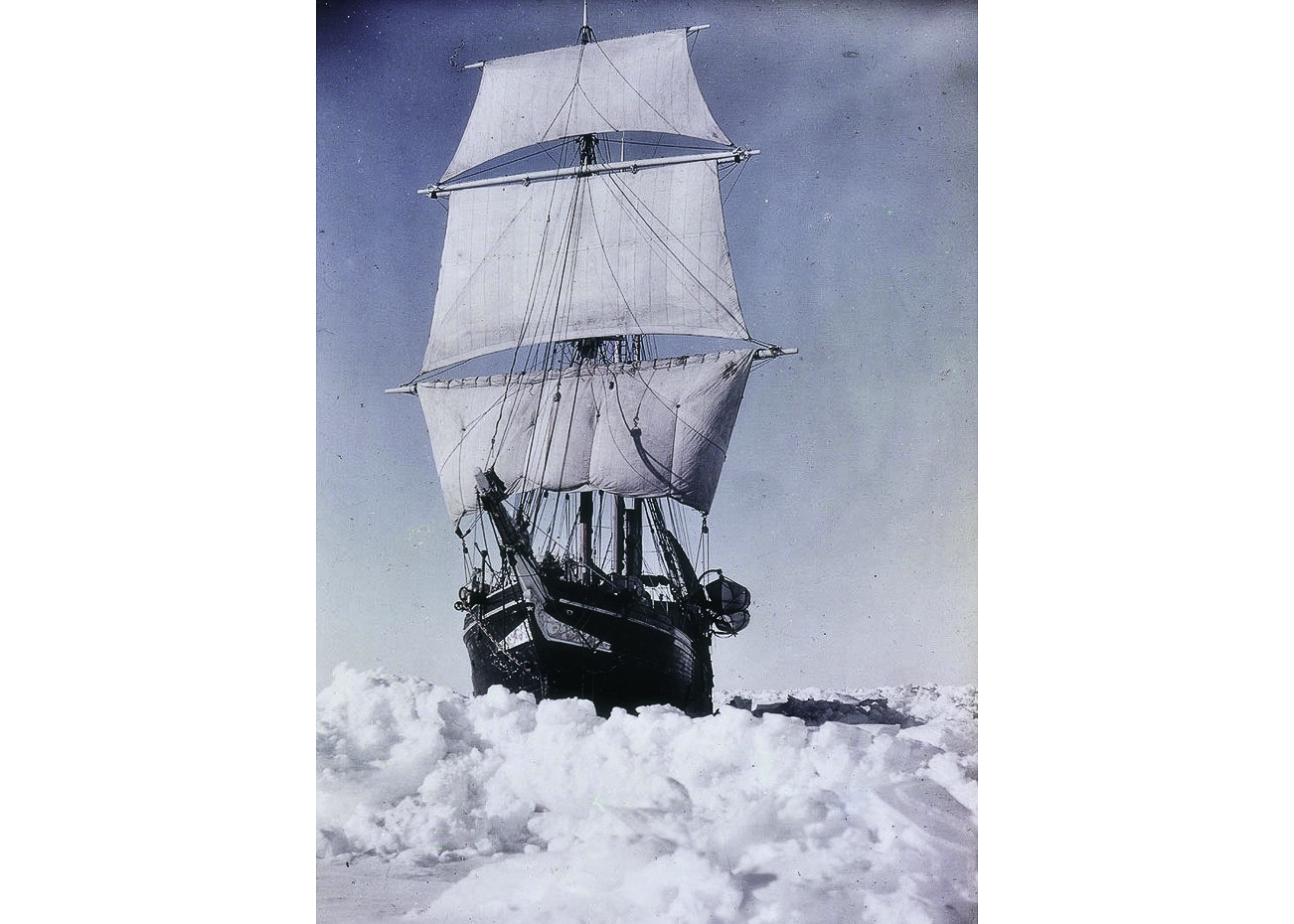 As Germany declared war on Russia, August 1st, 1914, Shackleton left London on his ship the Endurance intending to be the first to successfully complete a trans-Antarctic expedition. It took 4 months to reach a whaling yard in South Georgia, where Shackleton and his crew had a few weeks of rest and replenishment for their hazardous journey ahead. On December 5th, they departed South Georgia for Antarctica. It was the last time Shackleton and his crew would be on solid ground for two years.

“Superhuman effort isn’t worth a damn unless it achieves results.” ― Ernest Shackleton

Shackleton’s confidence in his own ability to achieve his dreams, despite numerous setbacks never failed him. These included seeing close friends and crew members perish on previous Antarctic expeditions, having someone else achieve your lifelong dream, developing a new dream and executing it, only for the dream to be crushed (literally) before your eyes. Added to this, he was now faced with the responsibility of bringing his men home alive. Shackleton’s confidence in his own abilities to achieve his goals was the superhuman effort he referred to. The results speak for themselves.

“Loneliness is the penalty of leadership, but the man who has to make the decisions is assisted greatly if he feels that there is no uncertainty in the minds of those who follow him, and that his orders will be carried out confidently and in expectation of success.” ― Ernest Shackleton

It can be argued that Shackleton’s leadership abilities were the core reason why all 28 men made it home safely from the Endurance expedition. His own self confidence was reassuring to the men who literally followed him into darkness. Shackleton was seen by his crew as a beacon of strength and constantly engaged with them to keep their emotional and mental well-being in check.

Photographer Extraordinaire: Frank Hurley (1885-1962) was the Endurance Expedition’s official photographer. He saved many fragile photographic negatives from the water, which documented the expedition, under the most extreme circumstances. The negatives were heavy, and he carefully selected those he would take back with him, smashing the rest on the ice. Born in Australia, Hurley had a remarkable life. He spent more than four years in Antarctica in total, first as official photographer on Douglas Mawson’s Australasian Antarctic Expedition from 1911 to 1914. From 1914 to 1917, he photographed Shackleton’s Imperial Trans-Antarctic Expedition, and was marooned on the ice with the rest of the Endurance crew.

The selection of Hurley’s photographs I’ve included below provides an introduction to his consummate skill as a photographer in recording the crew’s heroic spirit and struggle to stay alive. As the story unfolds you’ll see many more of his images. That we have this historical archive of images is scarcely less miraculous than the survival of the entire expedition team. During the expedition, Hurley stored the original glass plate negatives in hermetically sealed canisters that survived months on ice floes, a week in an open boat on the high seas, and several more months buried in snow at Elephant Island. Hurley was finally forced by the expeditions dire circumstances to abandon his professional photographic equipment, ultimately capturing some of his most unforgettable images with a pocket camera and 3 rolls of Kodak film. I’ve provided captions for the images below:

Photo #2: The night watchman returns after making an inspection of the pack ice while the Endurance is underway. The night watchman digital image was taken from Hurley’s colored lantern slides, prepared by the Paget Plate Company on Hurley’s return to London. This was a new and pioneering process, used for the first time for synchronized lectures in London’s Polytechnic Hall in January 1917.

Photo #3: Frank Hurley with a movie camera, beneath the bow of the Endurance.

Photo #4: The crew set up ice mounds and rope along the ice to guide them in darkness and blizzards. The trapped Endurance is visible in the background.

Photo #5: The Endurance after it was crushed by the ice, shown with the expedition’s dogs. 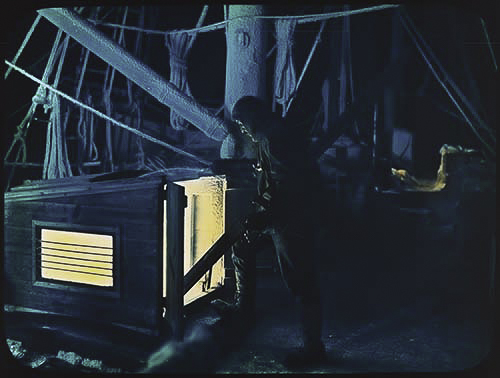 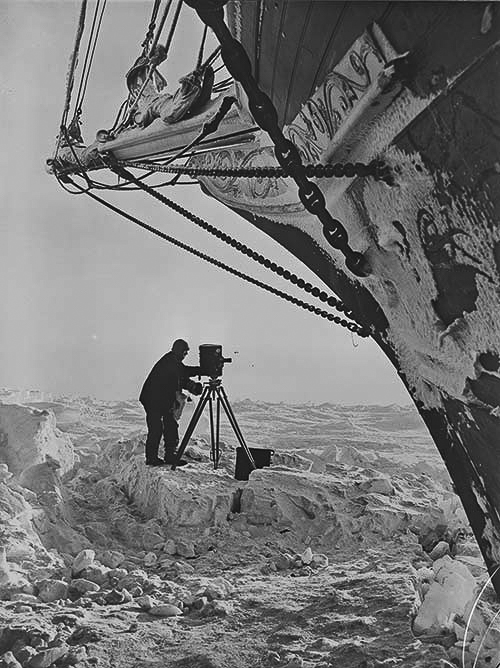 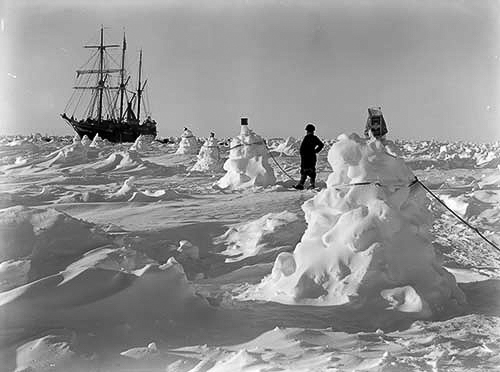 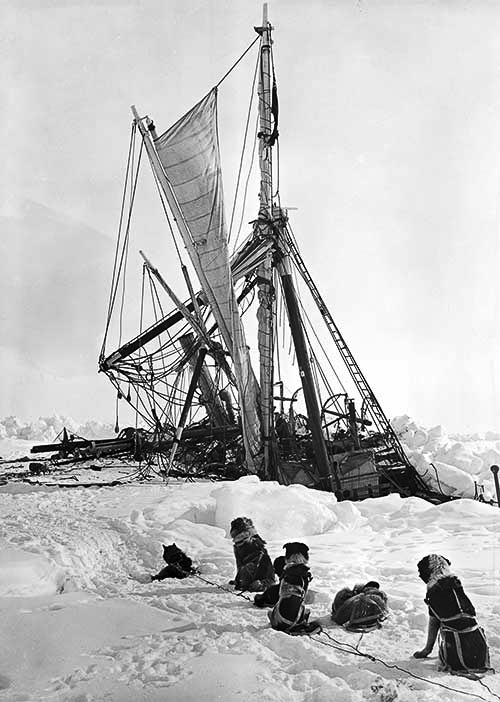