ePostcard #68: Endurance in a World of Ice! 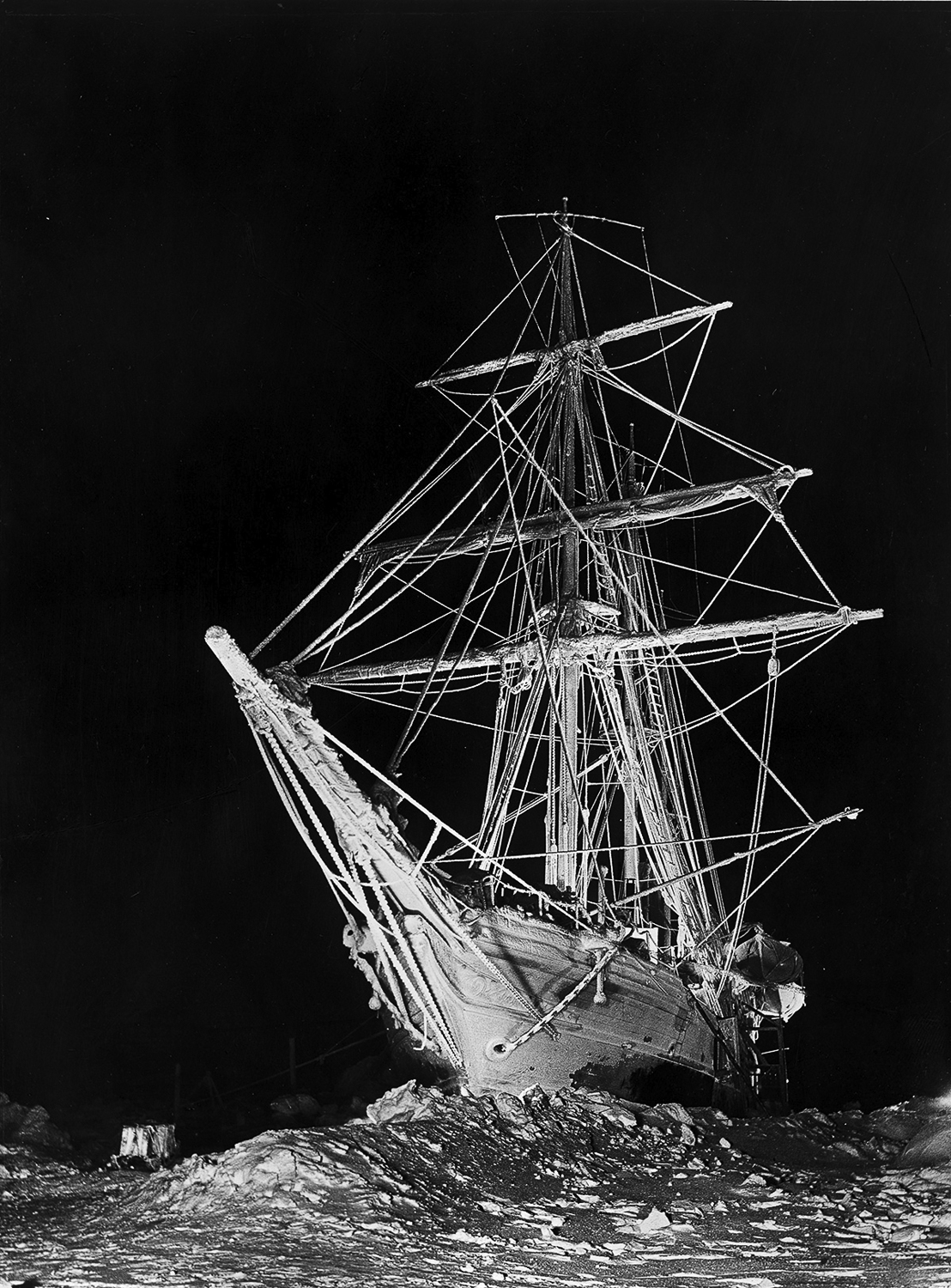 ePostcard #68: Endurance in a World of Ice!

The expedition arrived at South Georgia on November 5th 1914, and Shackleton and his men would learn much from the whaling captains about the conditions in the Weddell Sea. The would also receive the warning that this was a particularly heavy ice year. The plan had been to spend only a few days collecting stores, but instead the Endurance remained at South Georgia for a month to allow the ice further south to disperse. The bonds of friendship and mutual respect that formed between the Endurance crew and the Norwegian whalers would prove to be profoundly beneficial to Shackleton and his men as later events unfolded. The Weddell Sea was known to be particularly ice bound at the best of times and the Endurance left with a deck-load of coal in addition to normal stores to help with the extra load on the engines when it came to pushing through pack ice in the Weddell Sea to the Antarctic continent beyond. Extra clothing and stores were taken from South Georgia in the event that the Endurance might have to winter in the ice if caught in the Weddell Sea as it froze, unable to reach the continent first. They left South Georgia on the 5th of December 1914.

The Endurance had battled her way through a thousand miles of pack ice over a six-week period and was 100 miles (a 1-day sail) from her destination, when on the 18th of January 1915 the ice closed in around her. The temperature dropped dramatically and cemented together the loose ice that surrounded the ship. The ship’s storekeeper wrote, she was “Like an almond in a piece of toffee”. On the one hand this was not totally unexpected, it had happened to ships in the Arctic and Antarctic many times, but it was a significant setback and for Shackleton and the disappointment must have been bitter. He was 40 years old, his country was at war, the expedition had taken huge amounts of effort and energy to prepare, and he was unlikely to have this opportunity again. Nevertheless, his men looked towards “the Boss” as they called him. This collection of Royal Naval sailors, rough and ready trawler hands and recent Cambridge University graduates amongst others, were now dependent on the man who had led them to this place and this very unfortunate predicament.

The ship was drifting to the southwest with the ice. Attempts were made to free the ship whenever cracks appeared in the ice nearby, but to no avail. The ice around the ship itself was thick and solid. The men used heavy improvised ice chisels and iron bars in breaking up the ice near the ship, but even at full speed ahead their efforts had no effect at all, and they continued to drift. By the end of February, temperatures had fallen and were regularly -20°C, and the ship was now clearly frozen in for the winter. The worry was where the drifting ice would take them and would it be possible to break out in the spring? The sides of the ship were cleared so that if the ice began to press together, the Endurance might be able to rise above the ice and ride on it rather than being crushed. The outcome was anything but certain.

Photo #1: Hurley Photo #1: The Endurance in the Antarctic winter darkness, trapped in the Weddell Sea, 27th August 1915.
“During the night take flashlight of ship beset by pressure. This necessitated some 20 flashes, one behind each salient pressure hummock, no less than 10 flashes being required to satisfactorily illuminate the ship herself. Half blinded after the successive flashes, I lost my bearings amidst hummocks, bumping shins against projecting ice points & stumbling into deep snow drifts.” – Frank Hurley’s diary.

Photos #’s 3,4,5: Tom Crean, with a litter of sledge dog puppies on the Endurance; Frank Worsley, Captain of the Endurance and navigator on the James Caird; Lupoid, one of Shackleton’s sledge dogs, named for his resemblance to a wolf.

Photo #6: Portrait of crew wearing full polar clothing and gathered under the bow of the ship, probably on 1 September 1915

Photo #7: Returning to the ship after a winter skiing excursion.

Photo #8: Warming up after a day of work setting up a camp ashore as ice conditions worsened.

Photo #9: Ernest Shackleton and his men at Ocean Camp. 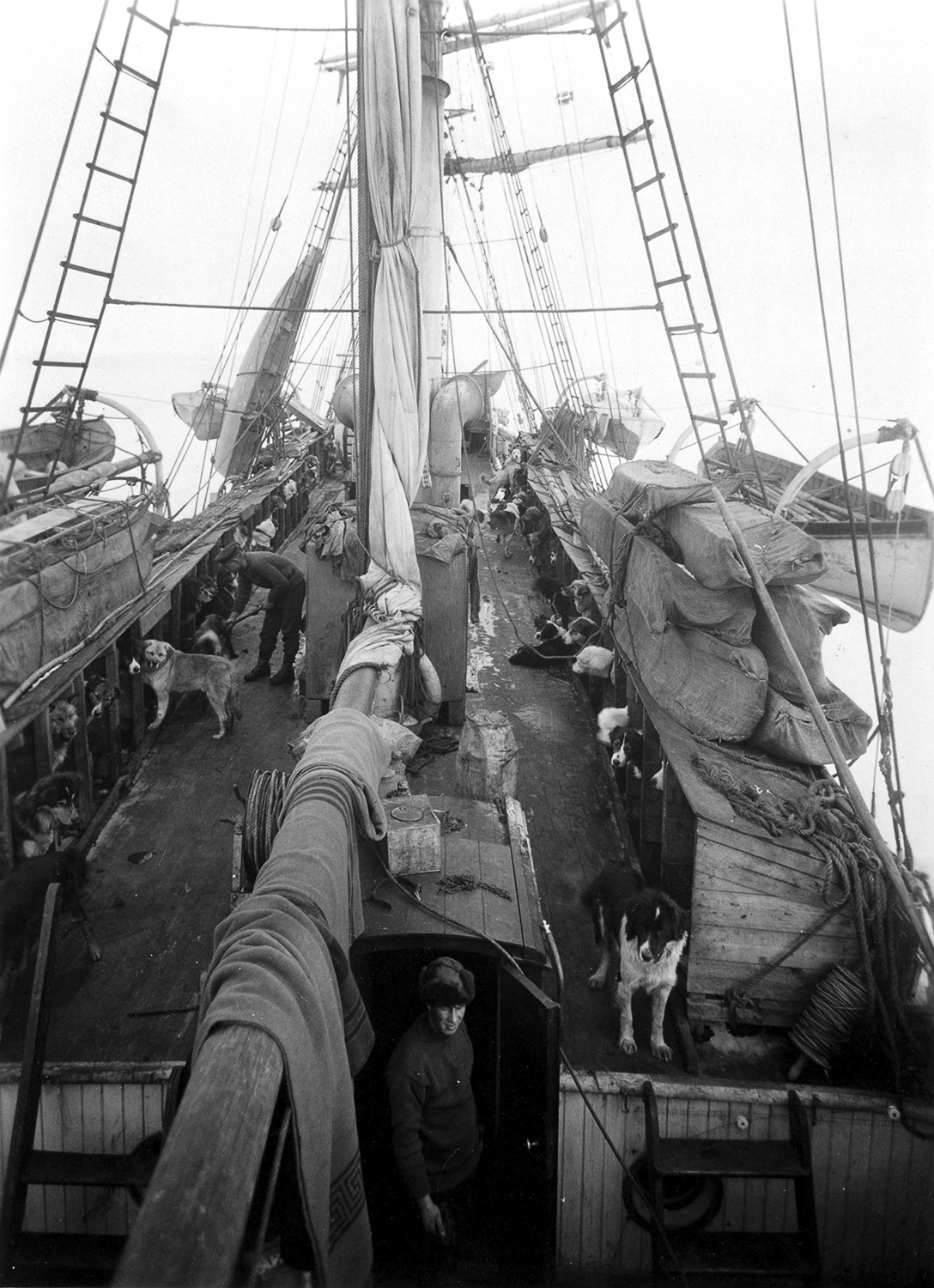 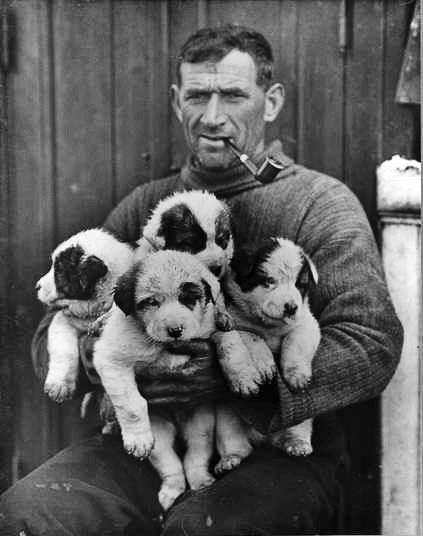 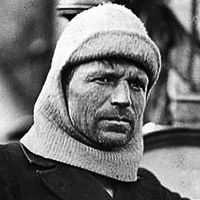 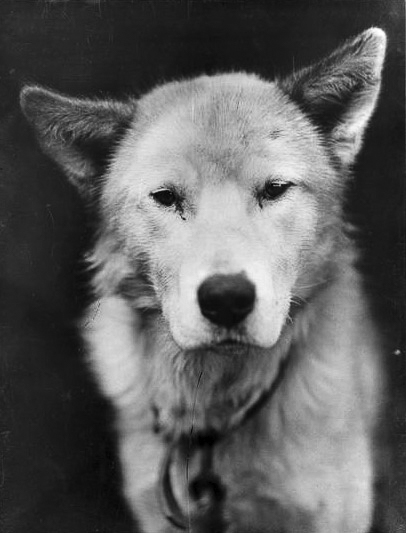 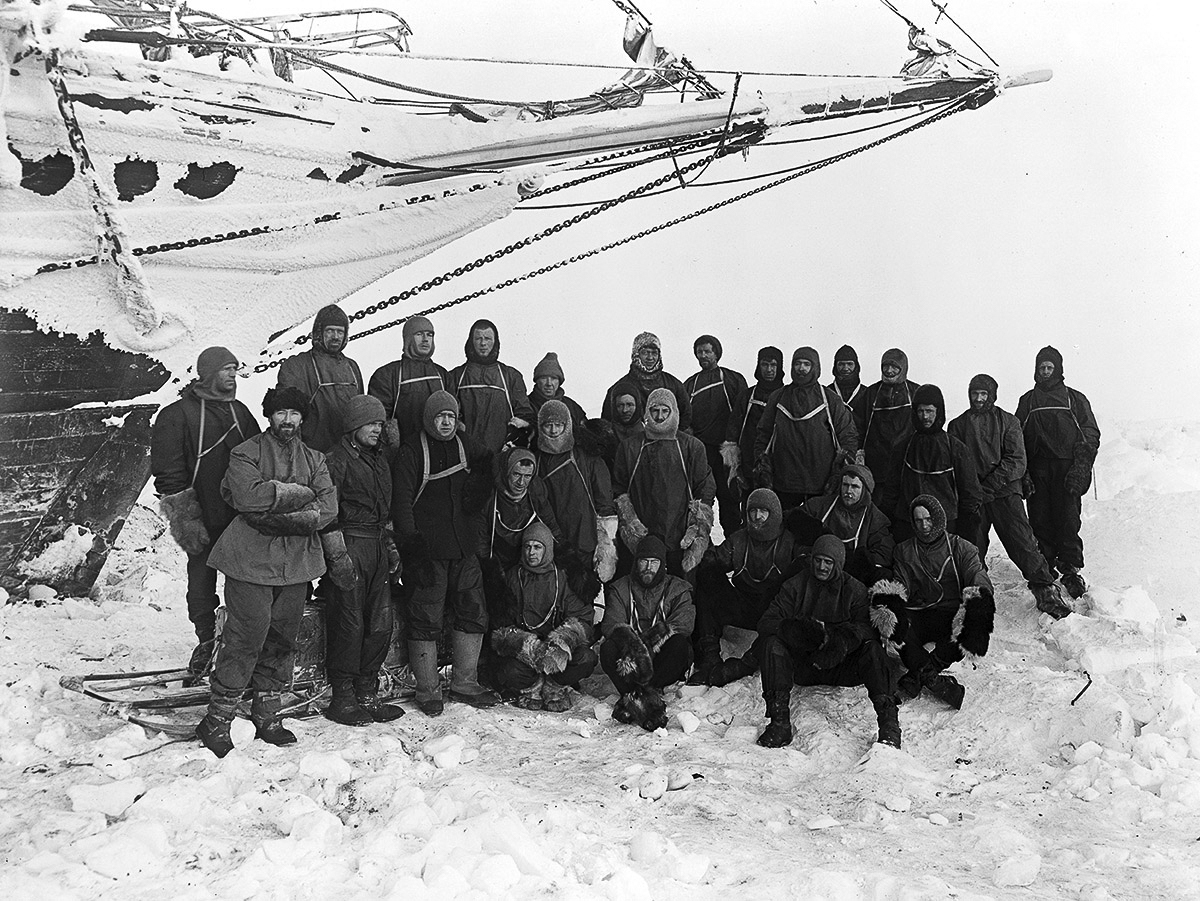 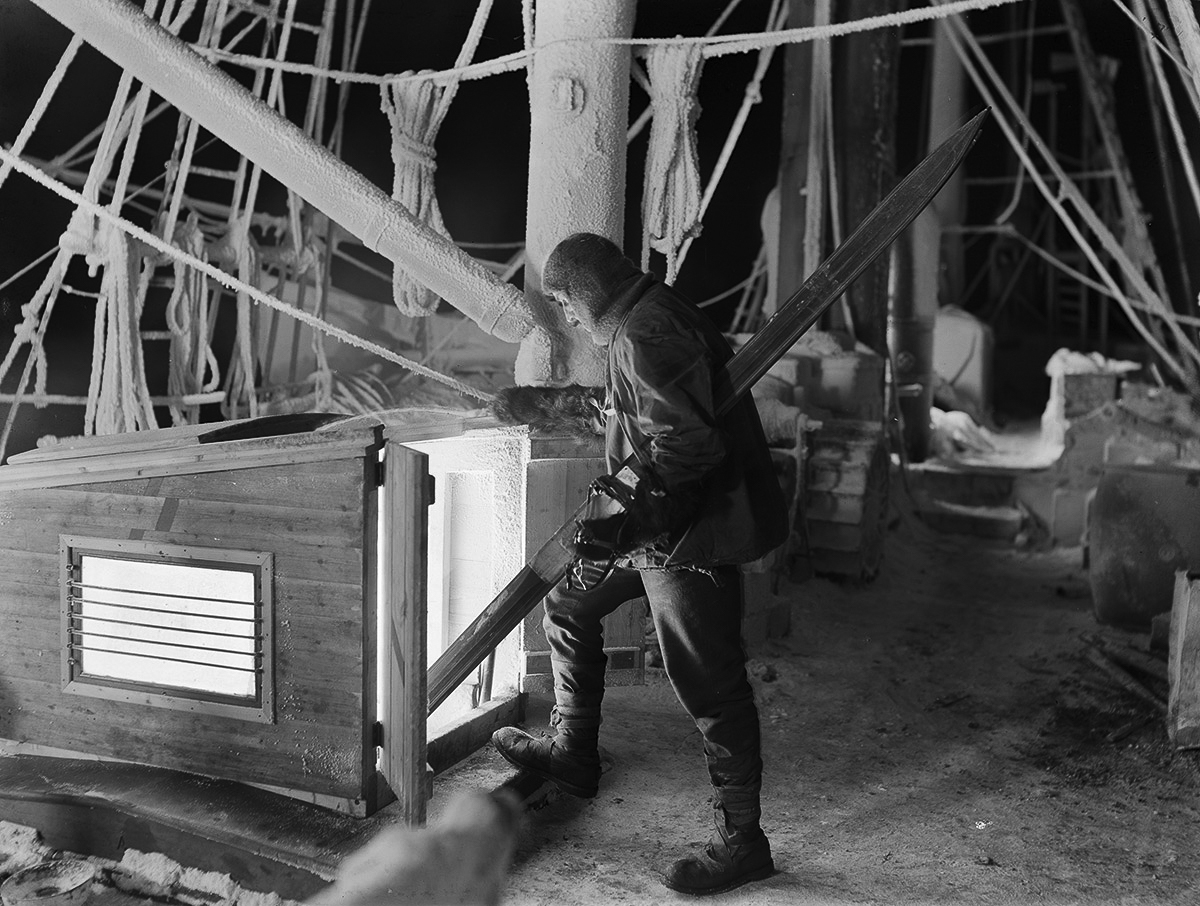 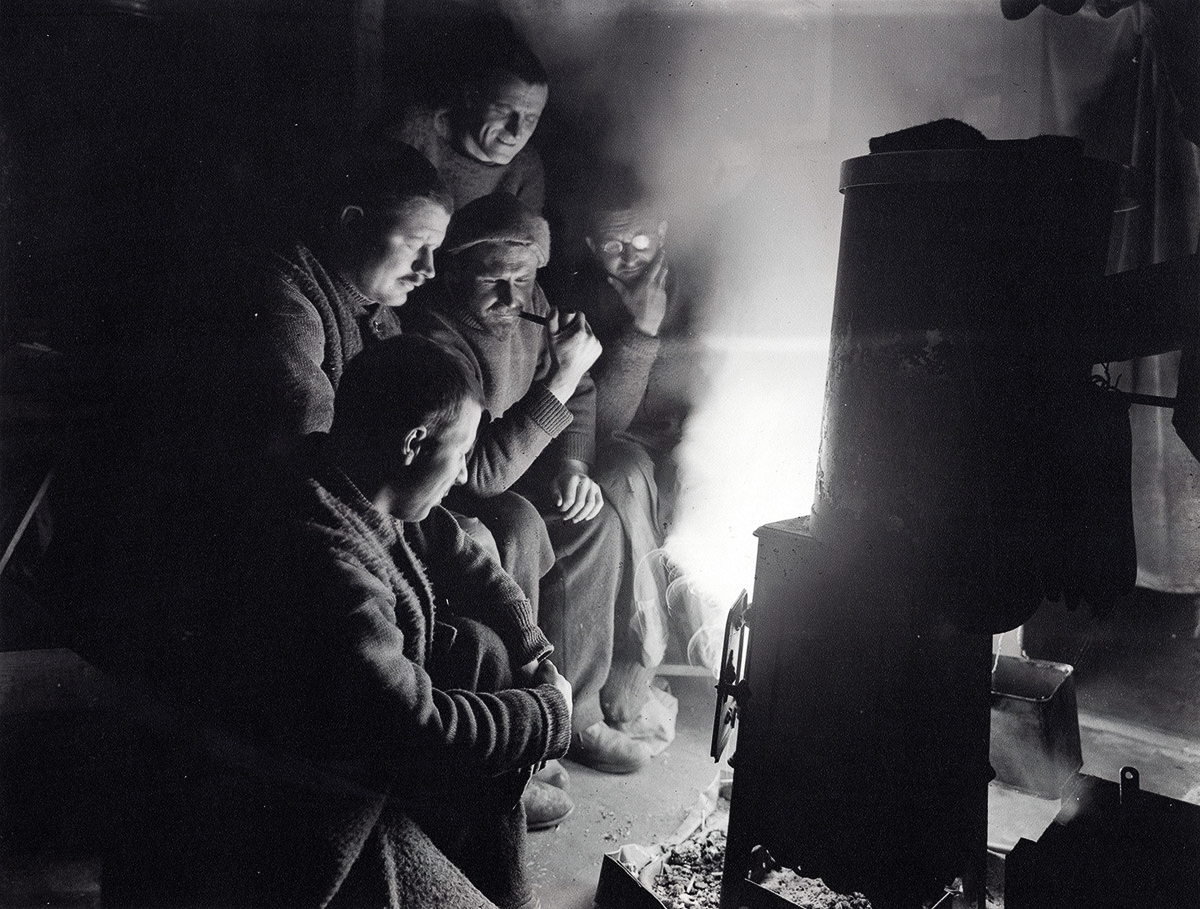 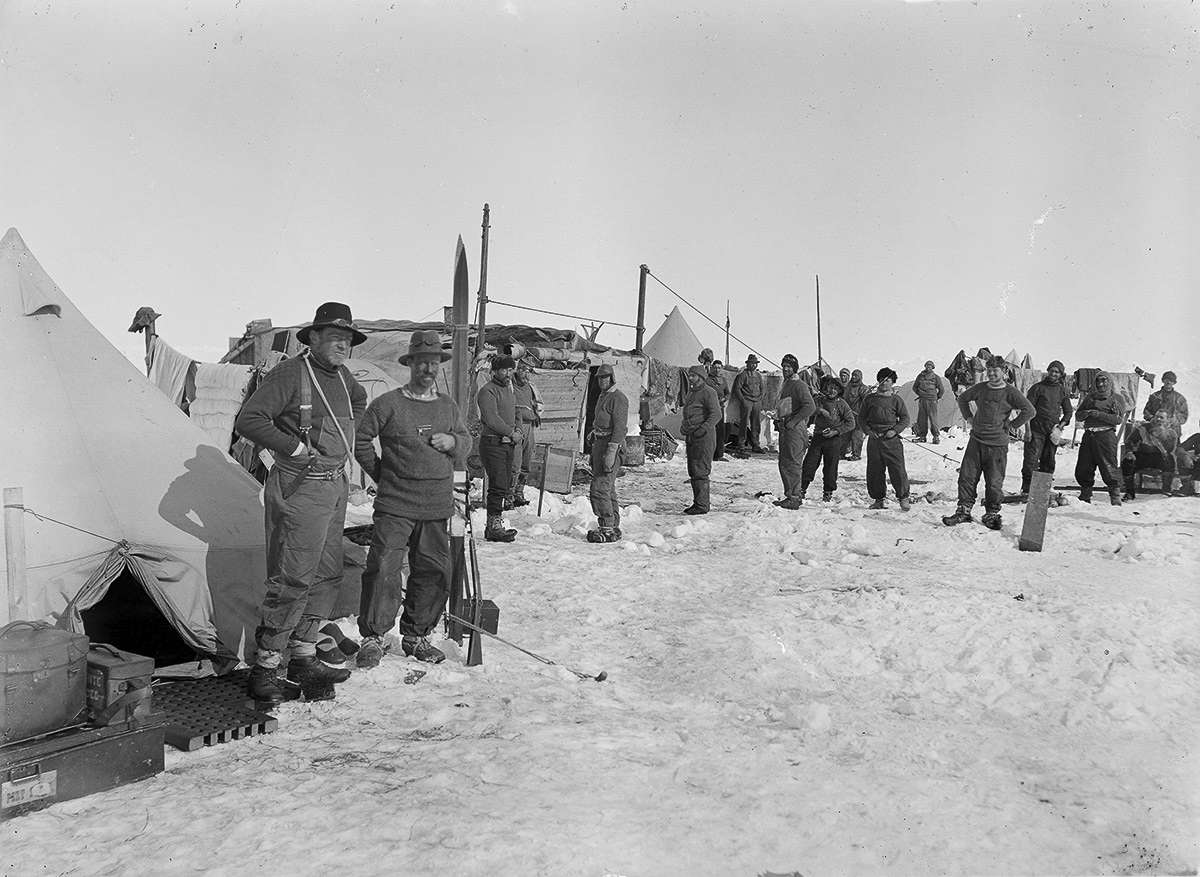