Credit: Charles Darwin’s portrait was painted in 1840 by George Richmond, four years after he returned from the Beagle voyage.

Charles Darwin took his boyhood love of collecting pebbles, his astonishing geologic fieldwork during the Beagle voyage, and his thought provoking theories of global geologic processes and helped set the stage for the new science of geology in the first half of the 19th century. Throughout his life, whether he was climbing in the Andes, imagining the underground connections between towering volcanoes, working through his fossil collections, or studying the soil in his garden, Darwin’s fascination with the “noble science of Geology” never wavered. Before the Origin of Species, Darwin was known to the world of science as a naturalist and geologist. His masterwork, however, was viewed as a biological treatise and completely overshadowed his contributions in paleontology and geology.

Darwin discovered his first fossil shells on his 1833 visit to the Falklands, mostly brachiopods and crinoids. Although his initial impressions of the archipelago were unfavorable, finding the fossil shells suggested a new line of inquiry that sparked his interest, and he noted in his diary: “The whole aspect of the Falkland Islands were however changed to my eyes … for I found a rock abounding with shells; and these of the most interesting age.” From a geological point of view, the fossils Darwin collected just south of Port Louis were probably the most exciting treasures of his time on the Falklands. Darwin published his account of Falklands’ geology in 1846. The “interesting age” of his fossils proved to be Devonian, and as more Falkland fossil collections were acquired in 1842 and 1876, respectively, by the Erebus and Terror and Challenger expeditions, a close and surprising similarity was established with the fauna of equivalent age in South Africa. Paleontological interpretations of these fossils would eventually help solve several mysteries concerning the unique geologic history of Falklands.

In our ePostcard travels in the Southern Hemisphere, I have shared several examples of how the deep-earth forces of plate tectonics have produced some surprising juxtapositions as the Earth’s continental fragments drifted and jostled over the eons. The so-called “microplates” appear to have enjoyed the most “freedom” of movement, and none more so than the microplate supporting the Falkland Islands. Although this archipelago is situated in the southwest corner of the South Atlantic Ocean, a little over 400 miles east from Tierra del Fuego and the Strait of Magellan, its geology reveals an African heritage rather than an association with southern South America. Charles Darwin provided the first evidence for that with the fossils he collected– although he couldn’t have appreciated their importance at the time. In Darwin’s era, the idea that once-contiguous continents shifted apart, separating sister species one from another, would have been nearly as audacious as evolution itself.

These relationships were not readily explicable without recourse to continental drift, and so they were largely ignored for many years despite a remarkably prescient interpretation by a South African geologist, Ray Adie, in 1952. Not content with a straightforward African connection, as championed by Alexander Du Toit in his 1937 book ‘Our Wandering Continents’, Adie proposed that what we now call the Falklands microplate had rifted from the east coast of South Africa, and had then been rotated 180° as it drifted to its present position. His evidence was drawn from the alignment of sedimentological and structural features from the two areas. Half a century later, and though debate continues on some of the details, Adie’s proposal appears essentially correct. The regional associations of the fossils established the African heritage of Falklands geology, and thereby contributed to an understanding of continental drift as the mechanism for the fragmentation of the Gondwana supercontinent. The Falkland Islands are now regarded as a rotated microplate created during the break-up. It wouldn’t be until the 1920s and 1930s that geologists, calculating the rates of radioactive decay of elements, concluded that the earth was billions of years old—according to the latest studies, 4.5 billion years. Darwin surely would have been relieved that there was more than enough time for evolution to have accounted for the great diversity of life on earth.

Modern geology has also helped solve another puzzle that troubled Darwin—the existence of oddly similar terrestrial species on separate continents. How, for example, to explain the emus of Australia, ostriches of Africa and rheas of South America— large, flightless, long-necked birds with the same distinctive sternums? Early evolutionists, following Darwin, invoked scenarios such as long-gone land bridges stretching thousands of miles to explain how apparently related species could wind up so far apart. The outrageous truth wasn’t revealed until the 1960s, when scientists discovered plate tectonics and confirmed that the continents, far from being permanent fixtures of land surrounded by water, were giant rafts floating on molten rock.

Credits: Photos and map below by Phil Stone, British Geological Survey. The fossil brachiopods (photo #3) below are from the Herbert Baker. 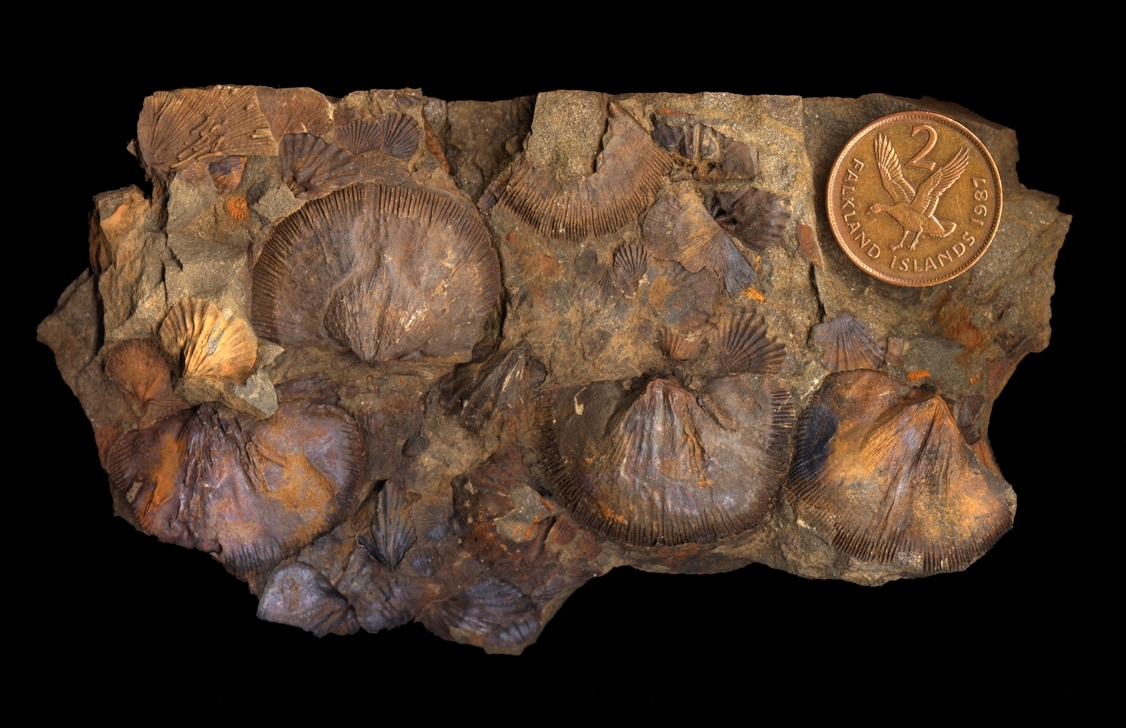 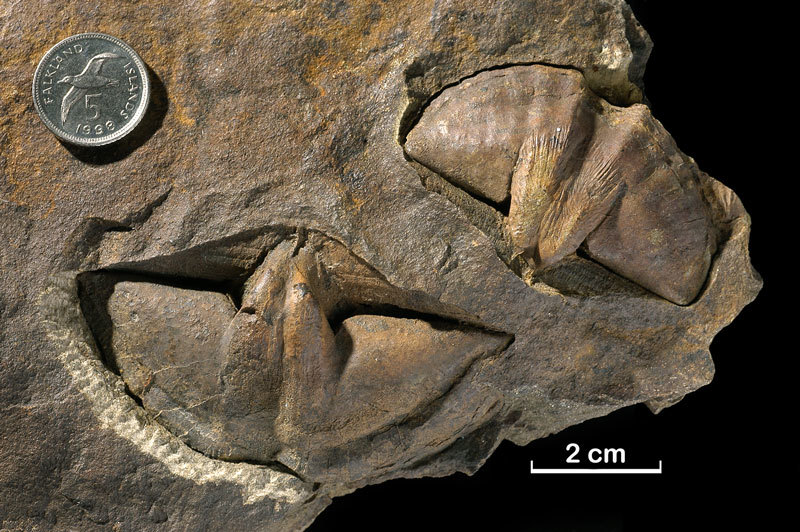 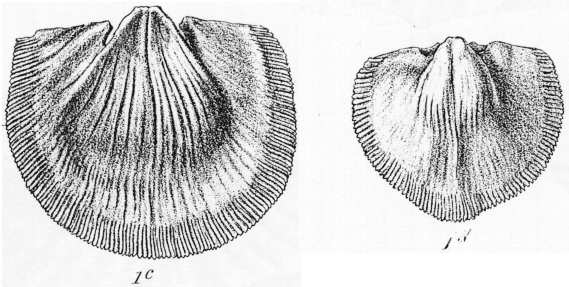 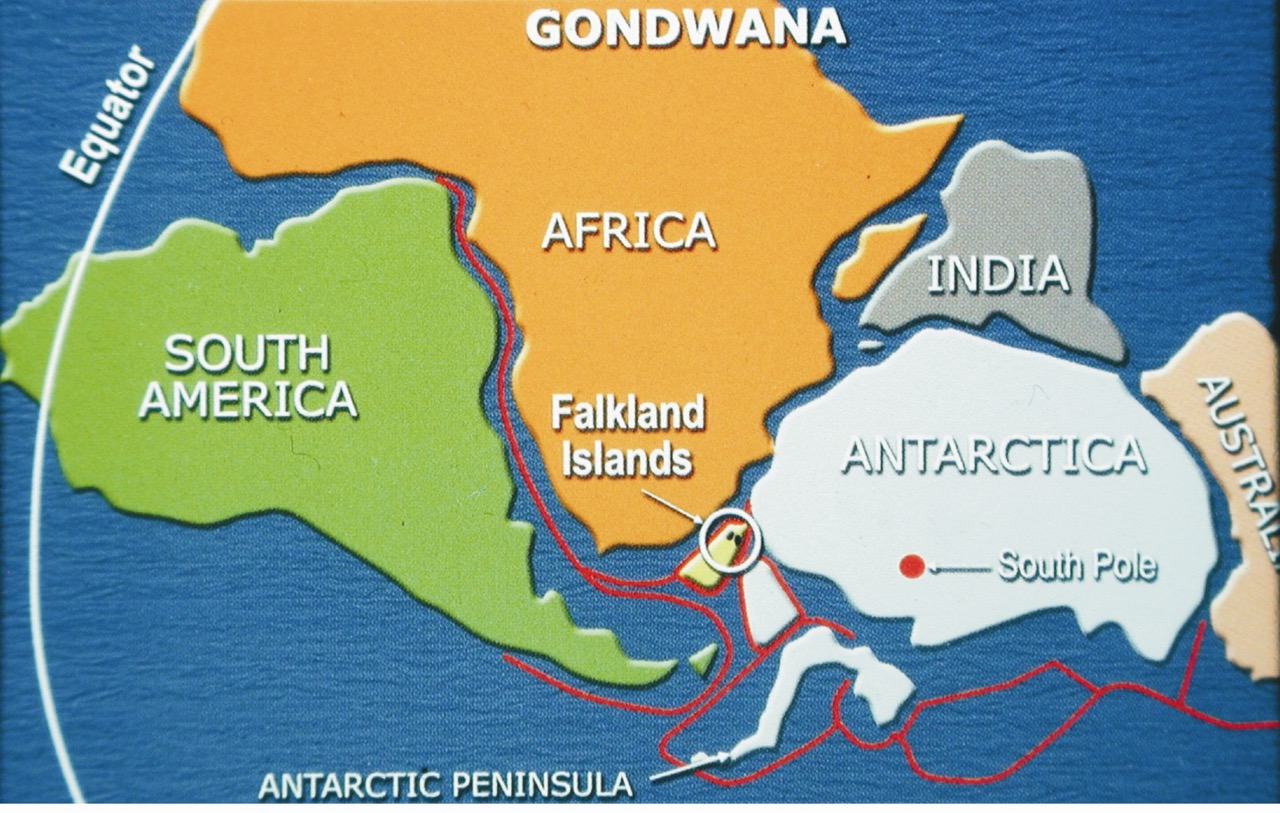