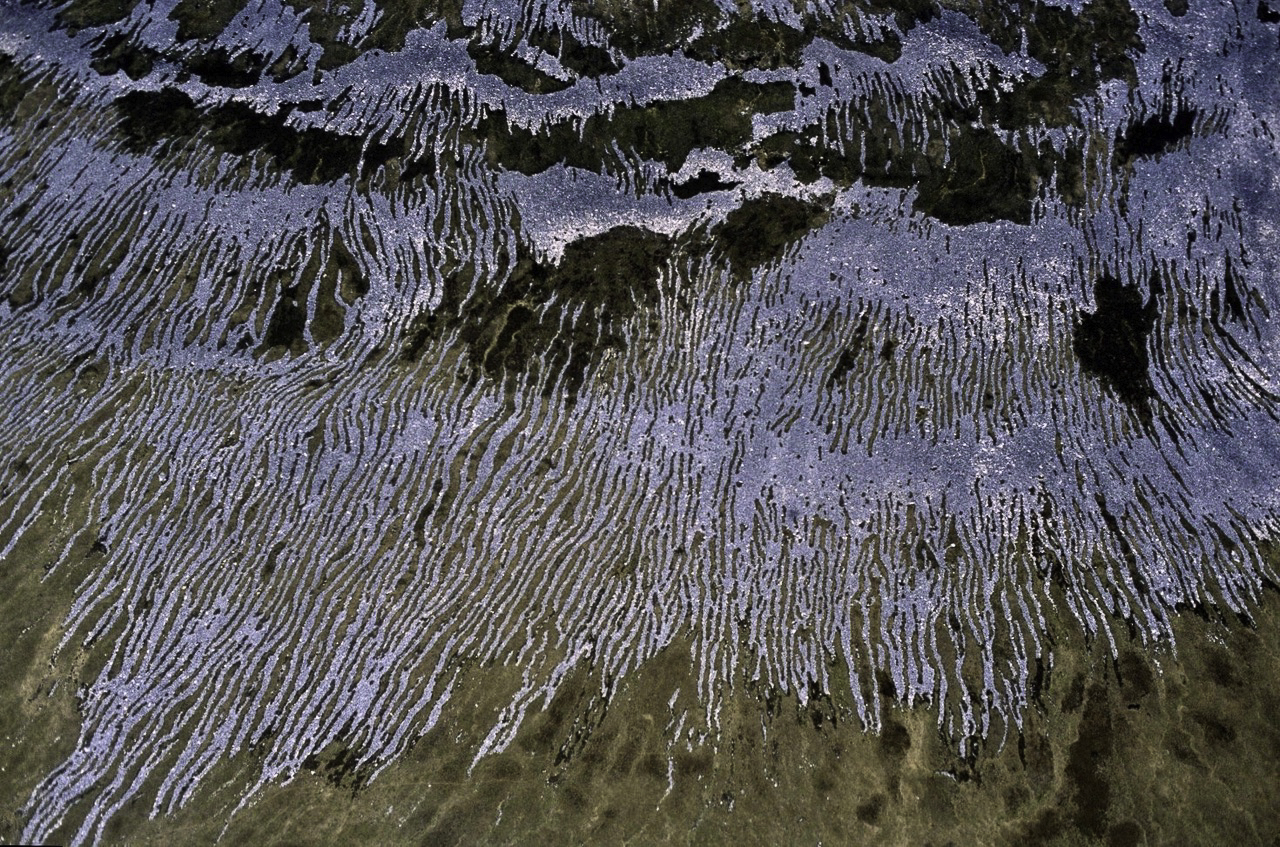 Among the most spectacular landscape features of the Falkland Islands are the vast periglacial blockfields and patterned ground, which occur on such a large scale that their extent can only really be appreciated from the air. Having seen these features twice from the ground, the two aerial photographs (photos #1 and #3) I’ve provided here give you a much better sense of this periglacial landscape—an almost painterly abstraction that obscures their geological complexity. Though periglacial patterned ground is commonplace world-wide, the scale of the Falklands’ stone runs is extraordinary and sets them in a class of their own. Darwin was amazed by them too—but thoroughly puzzled by how they formed. He provided an early account of these features in 1845, observing “in many parts of the islands the bottoms of the valleys are covered in an extraordinary manner by myriads of great loose angular fragments of the quartz rock, forming stone rivers.” The best suggestion he could offer was that they had been shaken into place by earthquakes.

In the Falkland vernacular, these patterned ground features are collectively referred to as “stone runs,” and are entirely made up of an openwork of quartzite boulders, largely without a matrix of fine materials. Stone runs occur on both West and East Falkland, but are especially well-developed on East Falkland in the Wickham Heights area, where the largest of them extend for a distance of a little more than 3 miles. These remarkable periglacial features probably owe their size to a combination of the highly-metamorphosed Port Stanley quartzite, a tough rock that naturally forms large and irreducible boulders, and a multi-phase developmental history spread over several ice age. Stone runs occur on slopes of between 1 and 10 degrees, and only in association with bedrock outcrops of the Port Stanley quartzite. The stone stripes on the hillsides are visually striking, a pattern produced by linear, parallel alternations of boulders and vegetation.

The geologic age and detailed origin of these periglacial blockfields and stone stripes remains enigmatic. Since the early 20th century, they have been interpreted as the product of a suite of periglacial processes, including frost-wedging, solifluction, frost heave, frost-sorting and snowmelt runoff. Recent research has attempted to date the fine sediments that underlie two stone runs using a method called Optically Stimulated Luminescence (OSL), followed by quartz SAR dating procedures. Age estimates range from in excess of 54,000 to 16,000 years, suggesting that the overlying stone runs remained active until 16,000 years ago or later. Luminescence dating of the underlying sediments, used in conjunction with cosmogenic isotope dating of the surface boulders from a range of locations along the stone runs, appears to offer a useful method for decoding the depositional history of these impressive deposits. OSL dating of the sediments that underlie the Falkland Islands stone runs suggests that the main period of activity occurred during ice age climatic conditions in the Falkland Islands between 32,000 and 27,000 years ago. Based on these dates, the evidence suggests that the period of maximum stone run activity coincided with the Late Glacial Maximum, a period when glaciers occupied the higher peaks of West Falkland and permafrost conditions prevailed throughout the archipelago. 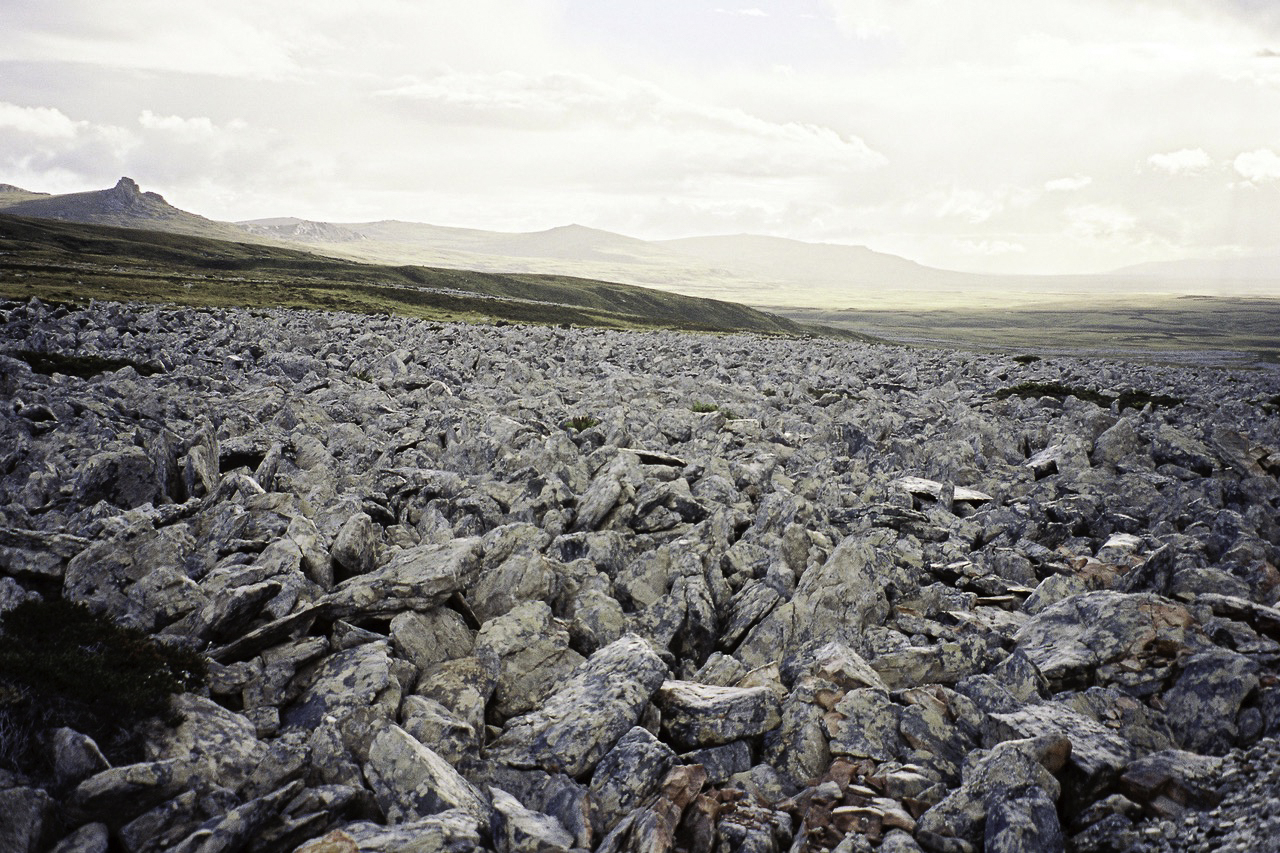