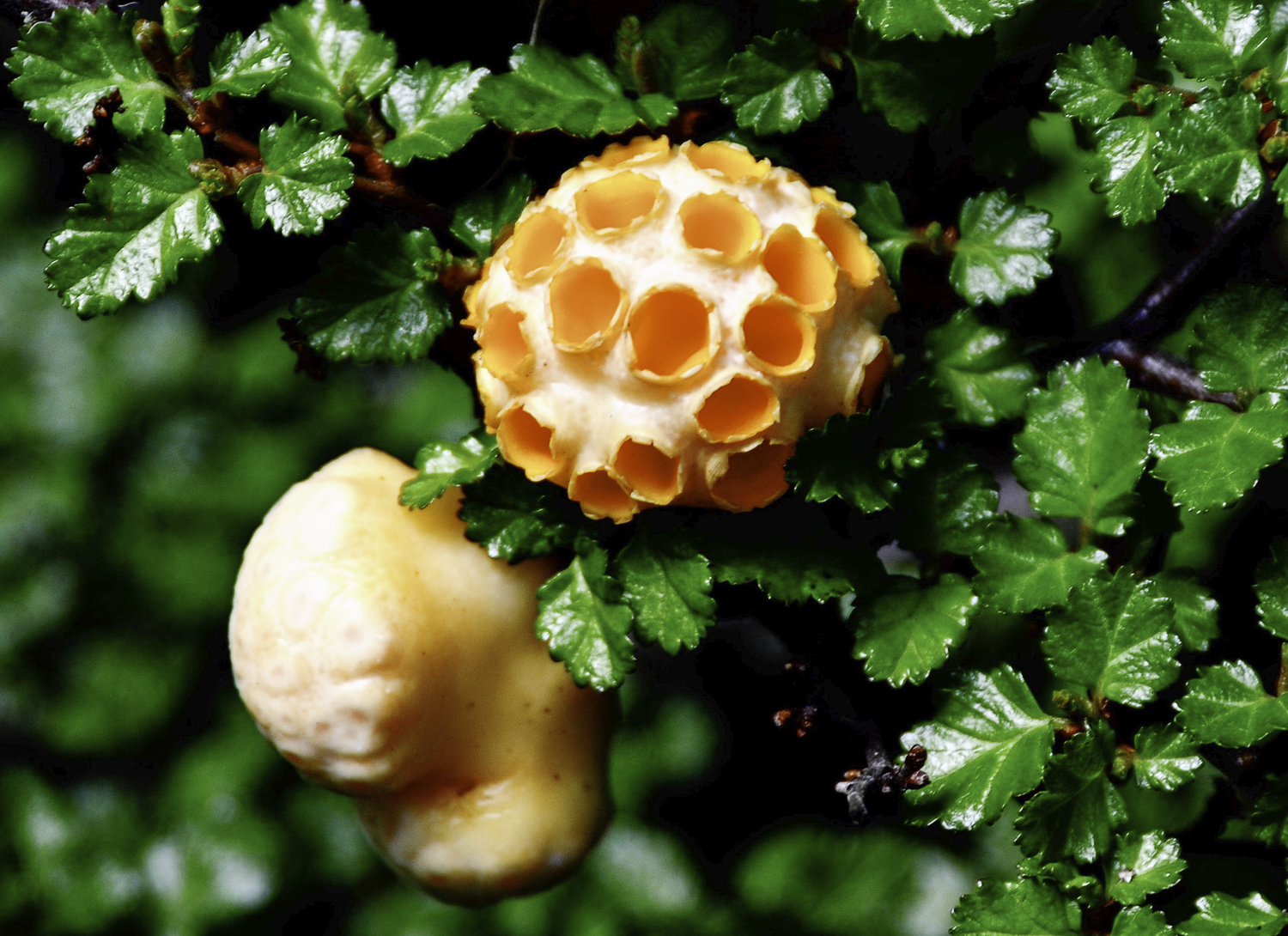 Darwin’s famous fungus, ‘Pan del Indio’ (Indian Bread) in Spanish, belongs to a highly evolved group of parasitic fungi that grow exclusively on species of southern beech (Nothofagus spp.). As my photographs illustrate, these orange-yellow fruiting bodies (mushrooms) have a distinctively dimpled surface as they mature and bear a superficial resemblance to golf balls in size and shape. These beautiful fungi are conspicuous in Magellanic southern beech forests, often encircling the host tree’s branches and trunks with clusters of “beech oranges.” Darwin’s fungus is a member of the Ascomycota (the “sac fungi”), the largest phylum in the kingdom Fungi.

The fungus was first collected for science by Charles Darwin in Tierra del Fuego in 1832, during the HMS Beagle’s second expedition. Darwin sent samples of the fungus to British mycologist Reverend Miles Berkeley, who would later publish its scientific name, Cyttaria darwinii, and a description of the new species in the 1842 proceedings volume of London’s Linnean Society. The species “type specimen” is archived in the Mycology Herbarium at Kew Gardens in London. A few years after Cyttaria darwinii was described, Joseph Dalton Hooker found another Cyttaria species in Tasmania growing on a Nothofagus tree and sent news of his discovery to Darwin. You can almost imagine Darwin’s excitement when he realized that these Cytarria fungi were associated with Nothofagus trees in two extremely distant places, and that their evolutionary trajectory could only be explained by discovering Earth’s biogeographical past.

The Cytarria fungi have fascinated mycologists ever since Darwin collected the first specimens nearly 200 years ago. The genus Cytarria includes about 12 different species that grow within the tissues of Nothofagus and Lophozonia trees in South America, Australia and New Zealand. Since its host trees are restricted to the southern hemisphere, so is the fungus, which makes it an honorary non-plant member of the Antarctic Flora. These are the descendants of the plants that evolved on the ancient supercontient of Gondwana and that are now broadly distributed across the Southern Hemisphere thanks to about 180 million years of continental drift. To understand why Cytarria fungi are described as parasites, we need to understand how they reproduce and invade their host tree.

All Cyttaria species are members of the huge group of fungi called the ascomycetes, which bear their spores inside sacs called asci. Many ascomycetes produce their asci in cups, and in the case of the “beech orange,” the cups are the orange dimples on the surface of the spherical fruiting body. The Cytarria’s cups are analagous to the honeycomb cups on the head of a morel mushroom. When the spores are fully developed, the cups open and the spores shoot out of the opening. You might think of this as a way of booting the next generation out of the nest! If the spore successfully lands on a suitable host tree (a Nothofagus), it will infect the tree’s tissues by invading the sap ducts. Once it is inside the host tree, the fungus releases chemical signals that cause the tree to form a gnarled gall that is loaded with sugary plant solutions that sustain the fungus as it grows. Cyttaria fruiting bodies emerge perennially from these tree cankers and galls in spring or summer, maturing a new generation of sexual spores that will ultimately re-infect new hosts. After releasing its spores, the fungus drops from the tree, while the gall remains. Heavy infestations of Cytarria can kill branches, but the fungus doesn’t seem to rot wood or generally cause its host any serious harm. For this reason, Cyttaria is considered a “weak” parasite.

Darwin was always fascinated by the indigenous cultures he encountered during the voyage. He noted the fungi’s importance to the Fuegians (the Yamana), who collected the fungus, which grew “in vast numbers on the beech trees,” as a food. In his ‘The Voyage of the Beagle’ published in 1839, Darwin wrote: “In Tierra del Fuego the fungus in its tough and mature state is collected in large quantities by the women and children, and is eaten un-cooked. It has a mucilaginous, slightly sweet taste, with a faint smell like that of a mushroom. With the exception of a few berries, chiefly of a dwarf arbutus, the natives eat no vegetable food besides this fungus.” Much like Darwin, I’ve enjoyed trying indigenous foods wherever I travel and described Pan del Indio in my own notes as having a firm texture (not mucilaginous), a “slightly sweet taste,” and an apricot-like aroma reminiscent of chanterelles.

We now know that another South American Amerindian group, the Araucans (Mapuche, Picunche, Huiliche), collected another species of edible Cytarria (C. harioti) on Nothofagus in Patagonia, southern Chile and Argentina, which they called llao llao or llaullao. What I discovered in my research is that the Araucans made an alcoholic beverage, called chicha del llau-llau. This is accomplished by drying the ripe “beech oranges,” pounding them into a coarse powder, adding warm water, and allowing the mixture to ferment over time. Now, comes the surprising twist in the story that surprised me the most. Recent analysis of Cytarria harioti by brewers showed that each fungus contains up to 15% fermentable sugars and that, like grapes, the fungus comes naturally coated with the yeast Saccharomyces. It turns out that Saccharomycetes belongs to the kingdom of Fungi and the division Ascomycota. It is the only class in the subdivision Saccharomycotina, the budding yeasts. This is the very same Saccharomyces that has made the fortunes of Fleischman’s, Budweiser, and half of France’s wine industry. If you enjoy lager beer, it’s interesting to note that Saccharomyces is a cold tolerant yeast and that lager beers are “cold-brewed.”

Learning that different species of Cyttaria species grow on Nothofagus and Lophozonia trees in South America, Australia and New Zealand, brings us back to Darwin’s musings about the geographical distribution of the genus in the Southern Hemisphere. With our expanding knowledge of plate tectonics and knowing that the ancient Gondwana supercontinent once connected these far-flung regions, it becomes easier to see how the ancestors of Cyttaria species might have evolved their parasitic strategy. Phylogeography, a new word in our scientific lexicon, refers to the study of the processes controlling the geographic distributions of lineages by constructing the genealogies of species populations and genes. In 2010, Kristin Peterson, Donald Pfister and Charles Bell sequenced mitochondrial DNA and could adequately date separate divergences associated with the Cyttaria genus. These researchers concluded that the origin of these species occurred around 150 million years ago, just around the time of the Gondwana supercontinental breakup. Mirroring these geographical patterns, mitochondrial DNA in the Australian and New Zealand species diverge between 45-29 million years ago, just after Australia and New Zealand separated. Although it is widely accepted that these two regions started separating 80 million years ago, for nearly 40 million years these two land masses remained close enough for genes to flow from both Cyttaria and Nothofagus genera. Once genes stopped flowing from the mainland, new species endemic to just New Zealand evolved. 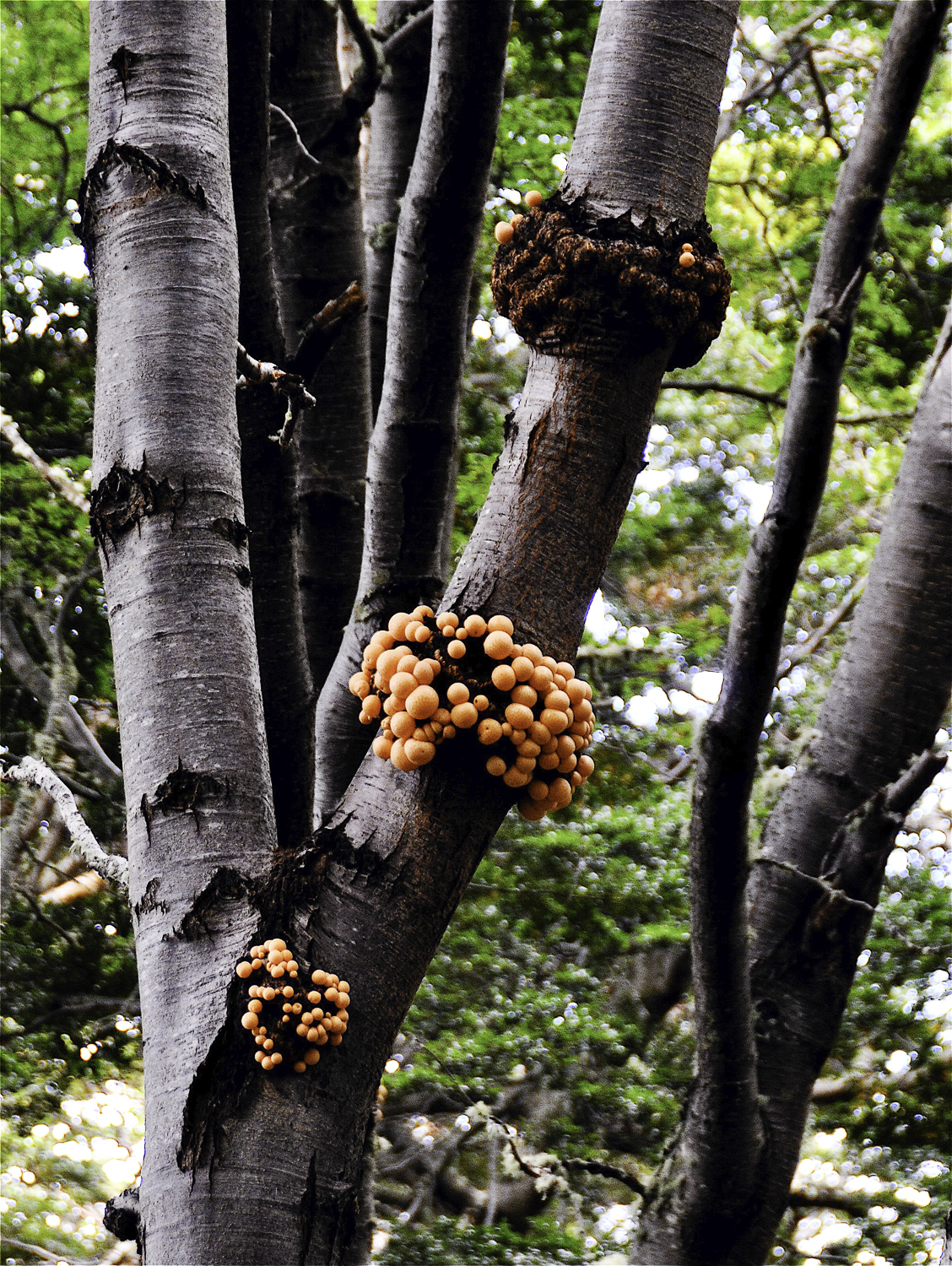 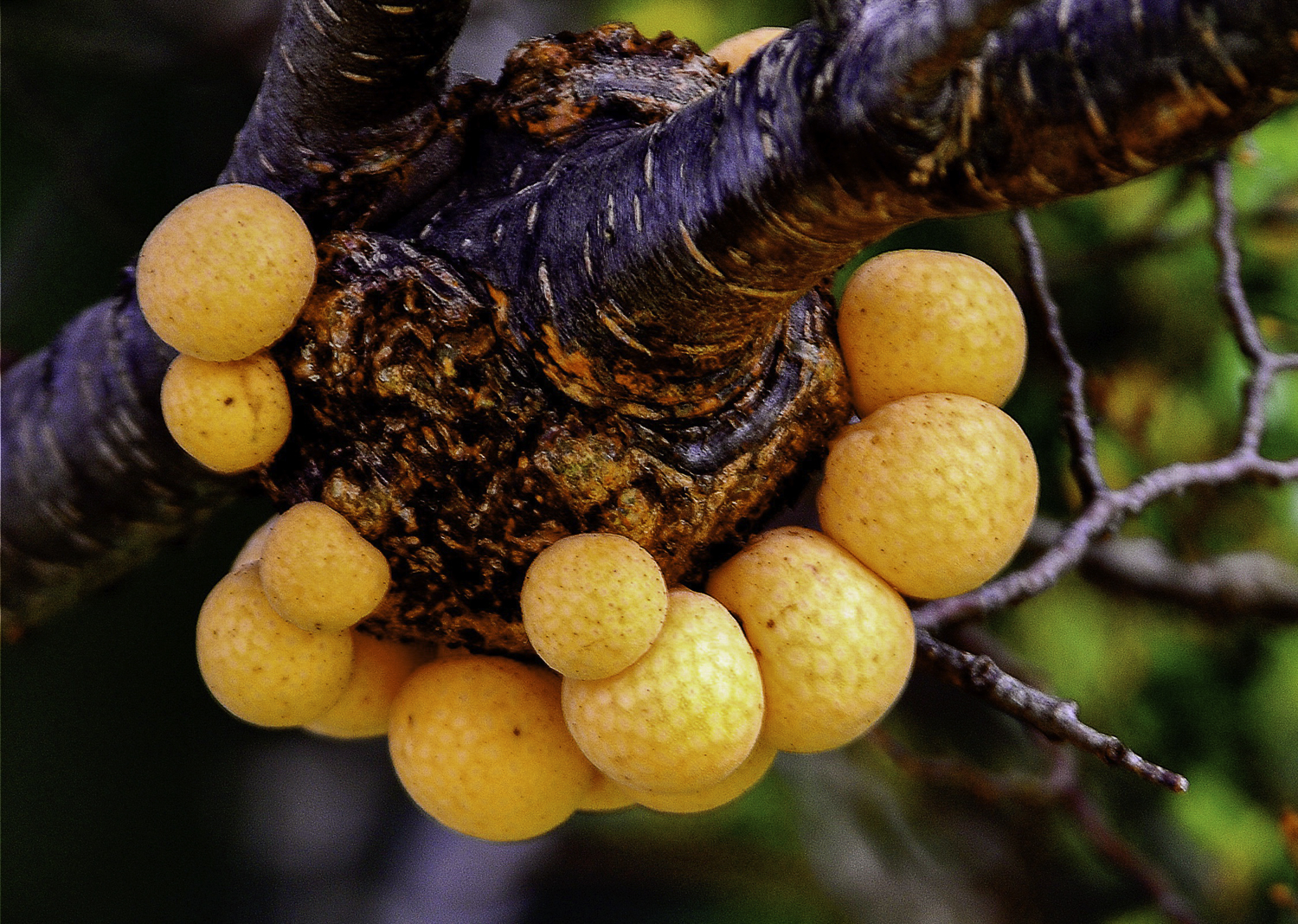 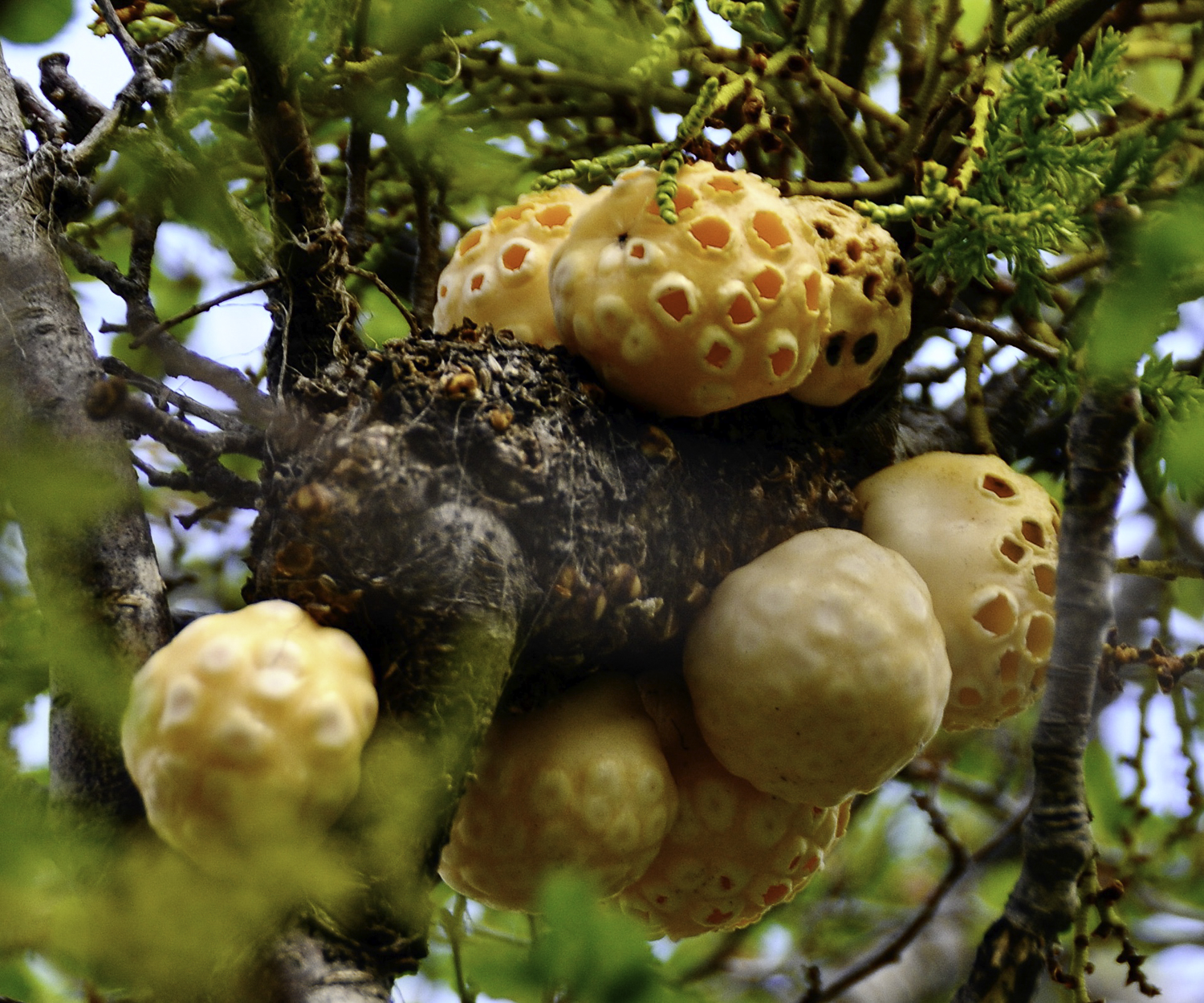 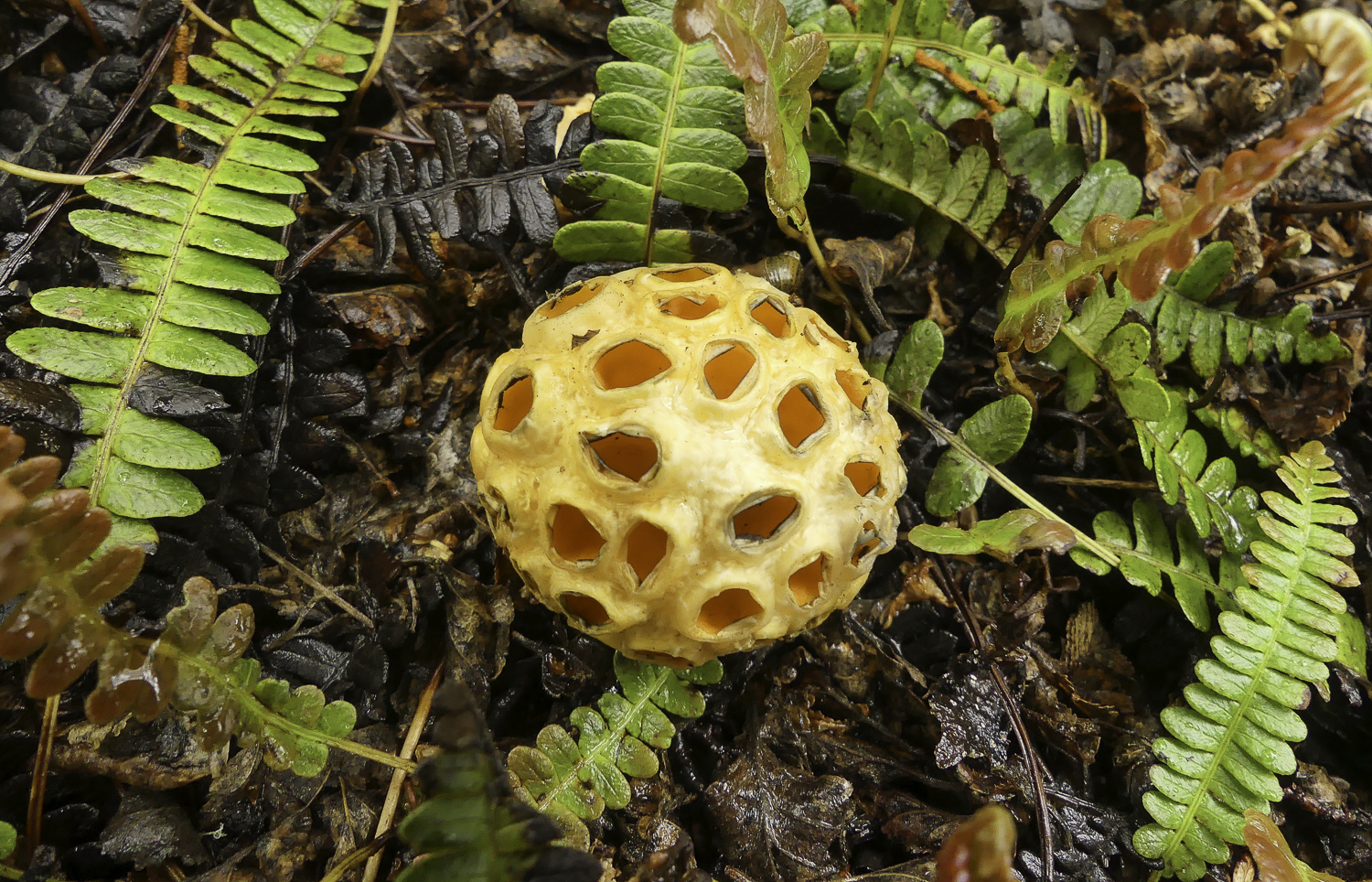