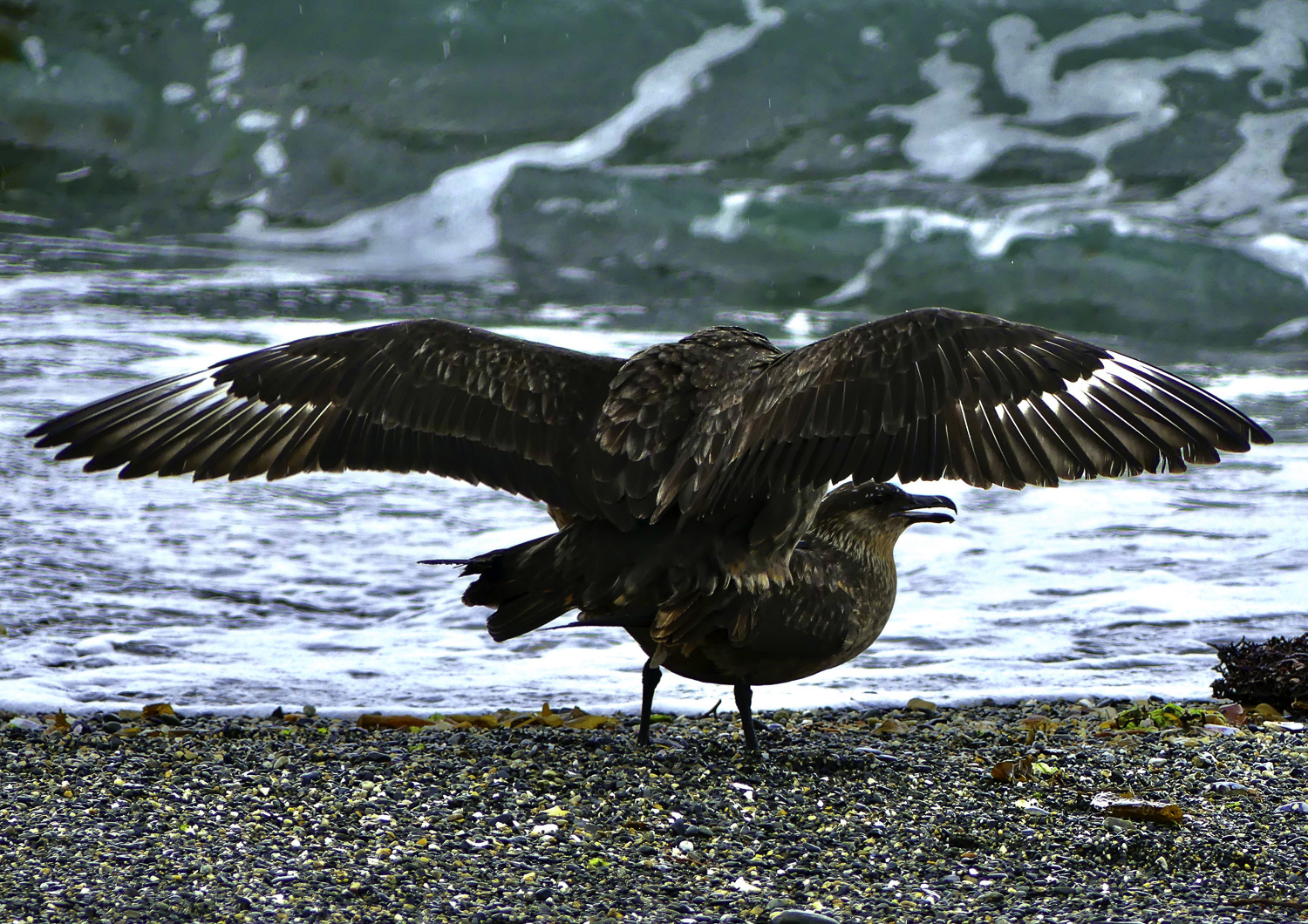 Estancia Harberton is rich in history, but most visitors today come to see its penguins. Isla Martillo, one of several small islands belonging to the estancia, was originally used for grazing sheep, but when the sheep were moved off the the island in the mid-1990’s, Magellanic penguins started to arrive. Their colony steadily grew, and there are now roughly 3,000 breeding pairs as well as smaller numbers of gentoo and king penguins. It was a bitterly cold and windy morning as we boated out to Isla Martillo to visit the penguin colonies. Settling down in the shelter of a bouldery ridge, I wanted to watch and hopefully photograph the Magellanic penguins surfing the waves to land on the beach. But it was not penguins that caught my attention, it was the arrival of a handsome pair of Chilean skuas ready to begin the breeding season at the edge of the breaking waves. Although I felt a bit like a voyeur, these are the moments that make a naturalist smile.

One of the wonderful things about taking the time to observe is that you always learn something new. I had never had such a close encounter with Chilean skuas. Everything that I was about to see, as the skua pair faced each other and began their ritualized courtship display, played out against the backdrop of a jade-green wave. With the female appearing to bow in welcome, the male immediately leapt into the air and performed the first in an elegant series of “wing-raising displays,” each jump preceded by a high-pitched vocalization. Although it may appear aggressive in my photographs, the female never attempted to evade the male or to appear disturbed by his repeated attempts to position and balance himself on her back. I tried to capture this remarkable experience in sequence and wish that I had also captured the dramatic soundtrack of the skua’s calls and the crashing surf. There is nothing quiet or subtle about Chilean skuas when it comes to sex on the beach!. 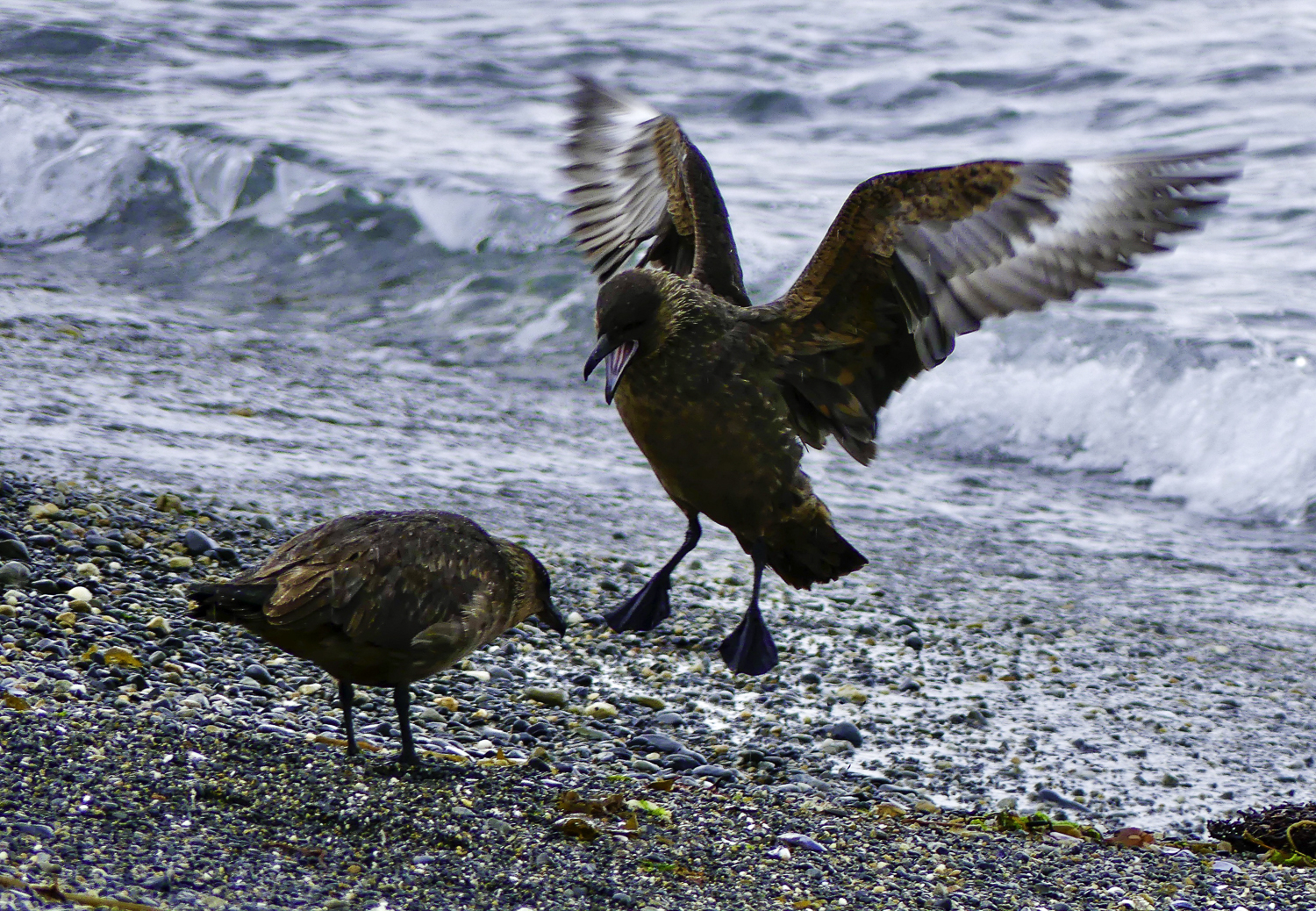 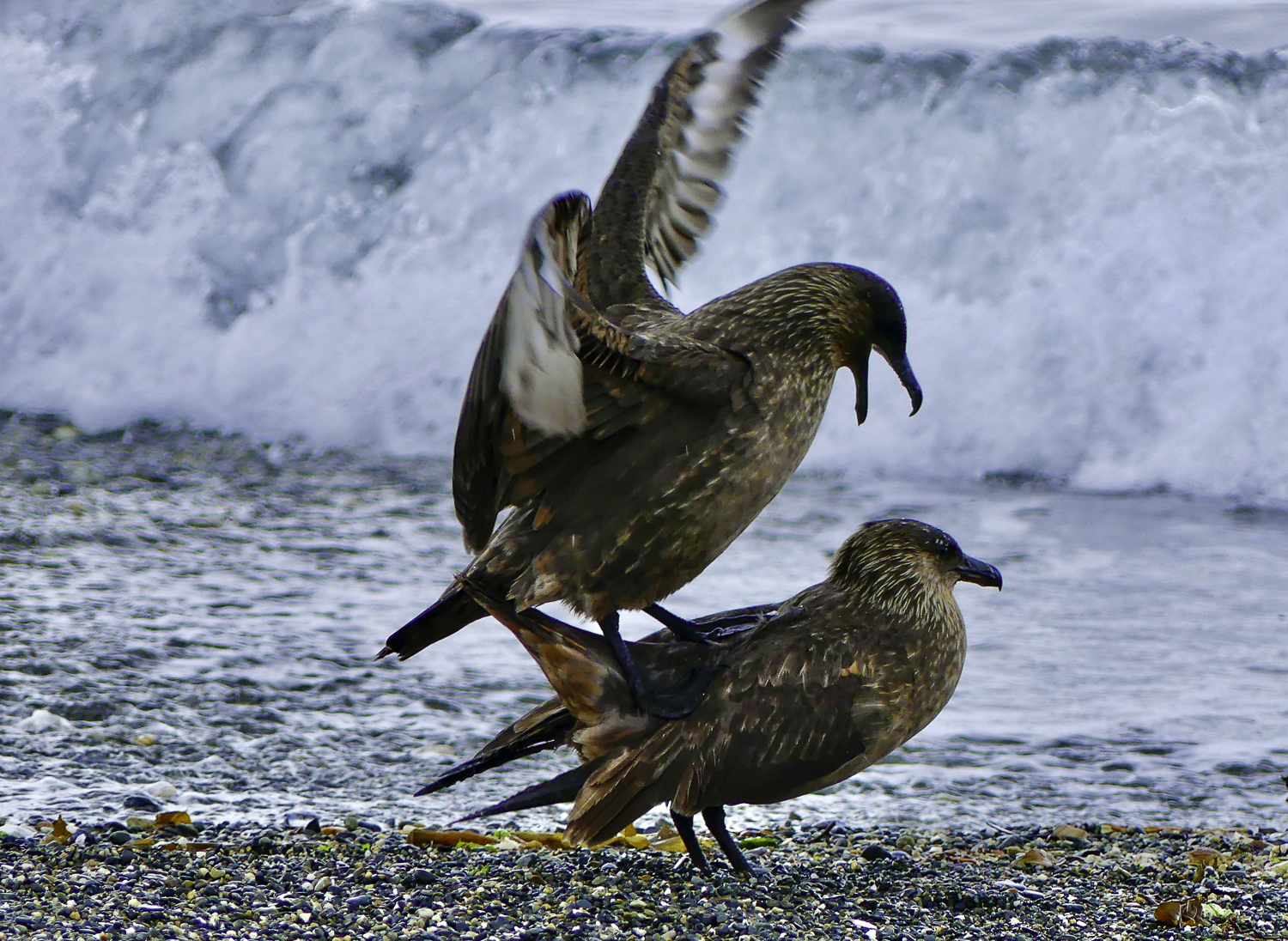 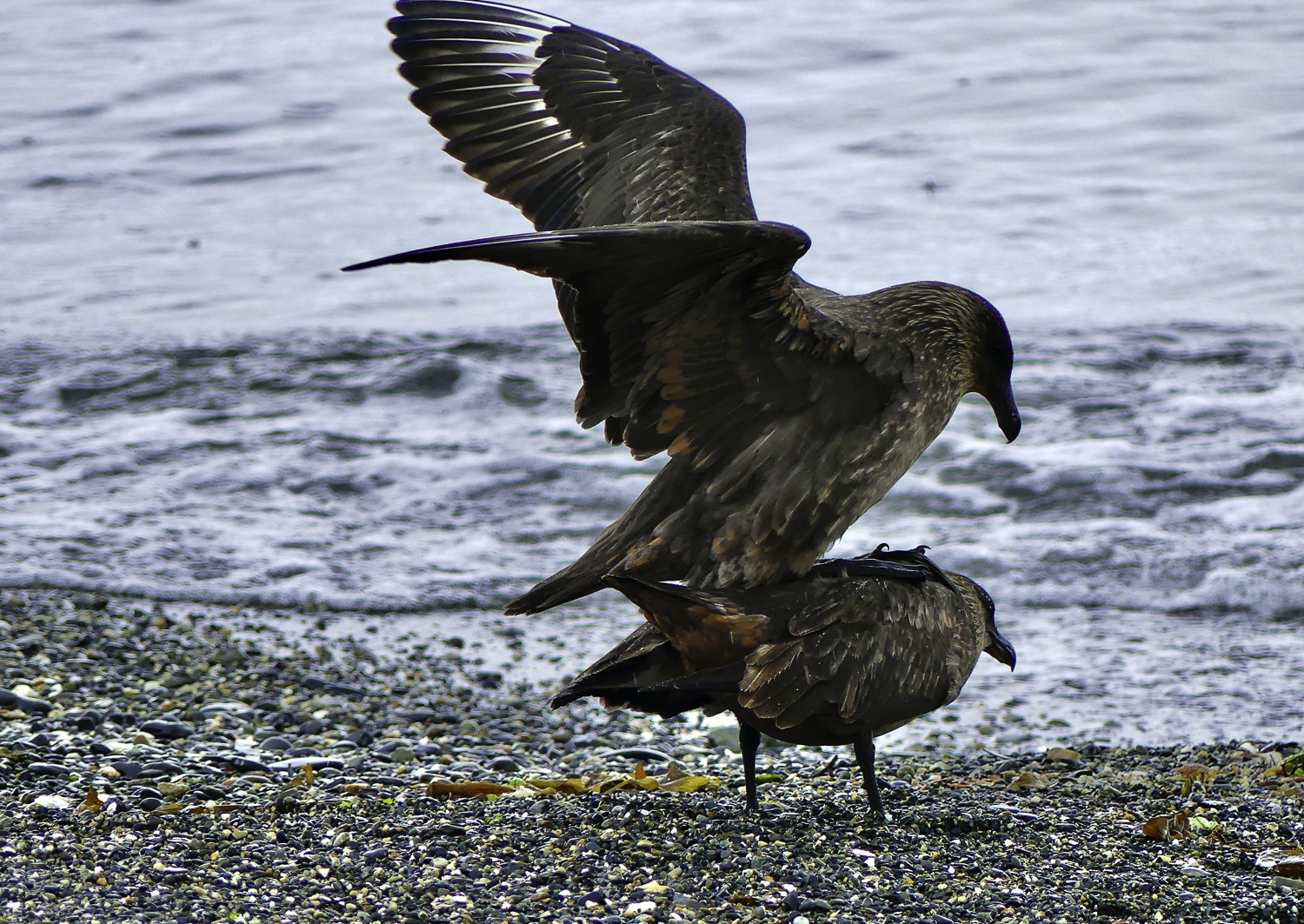 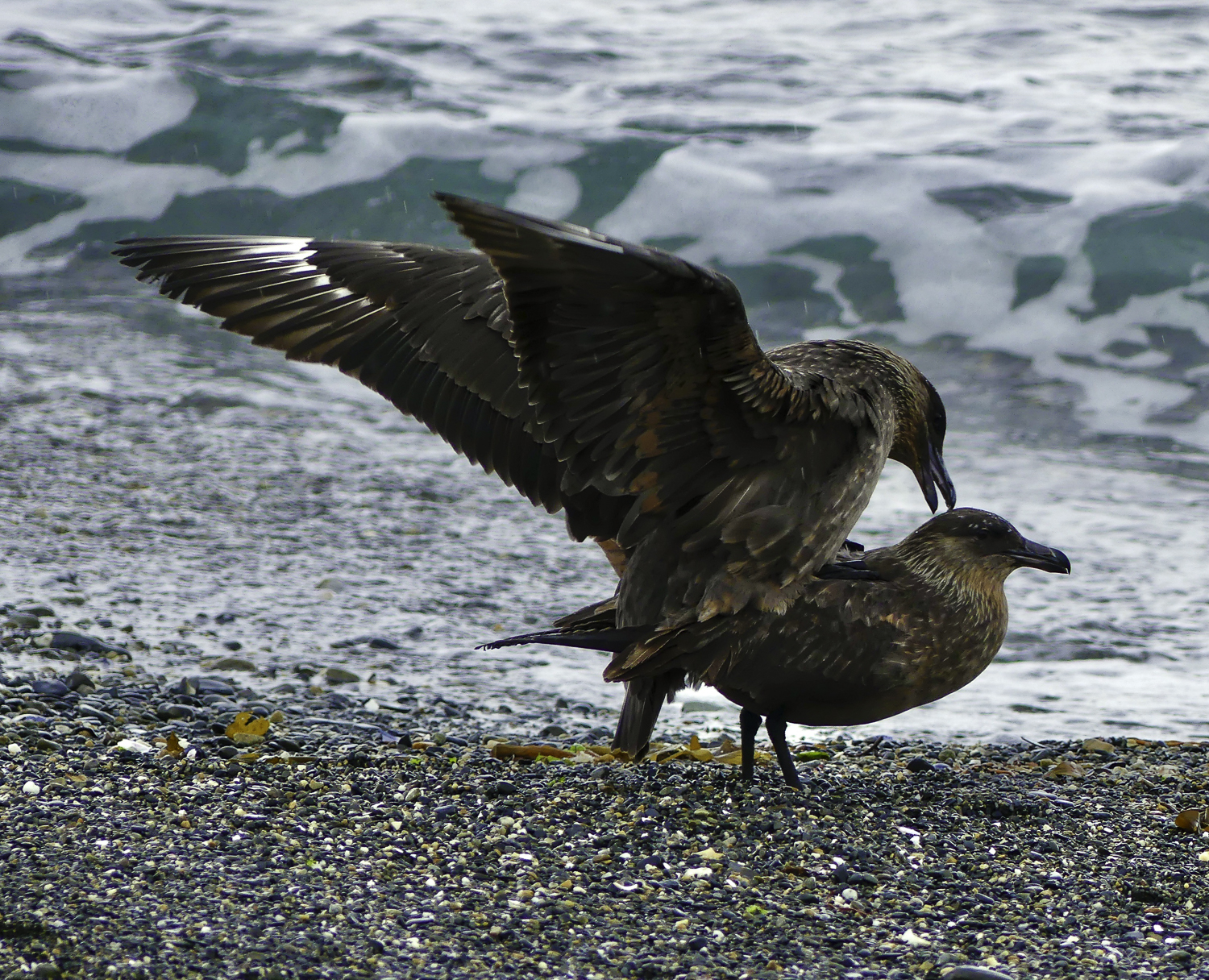 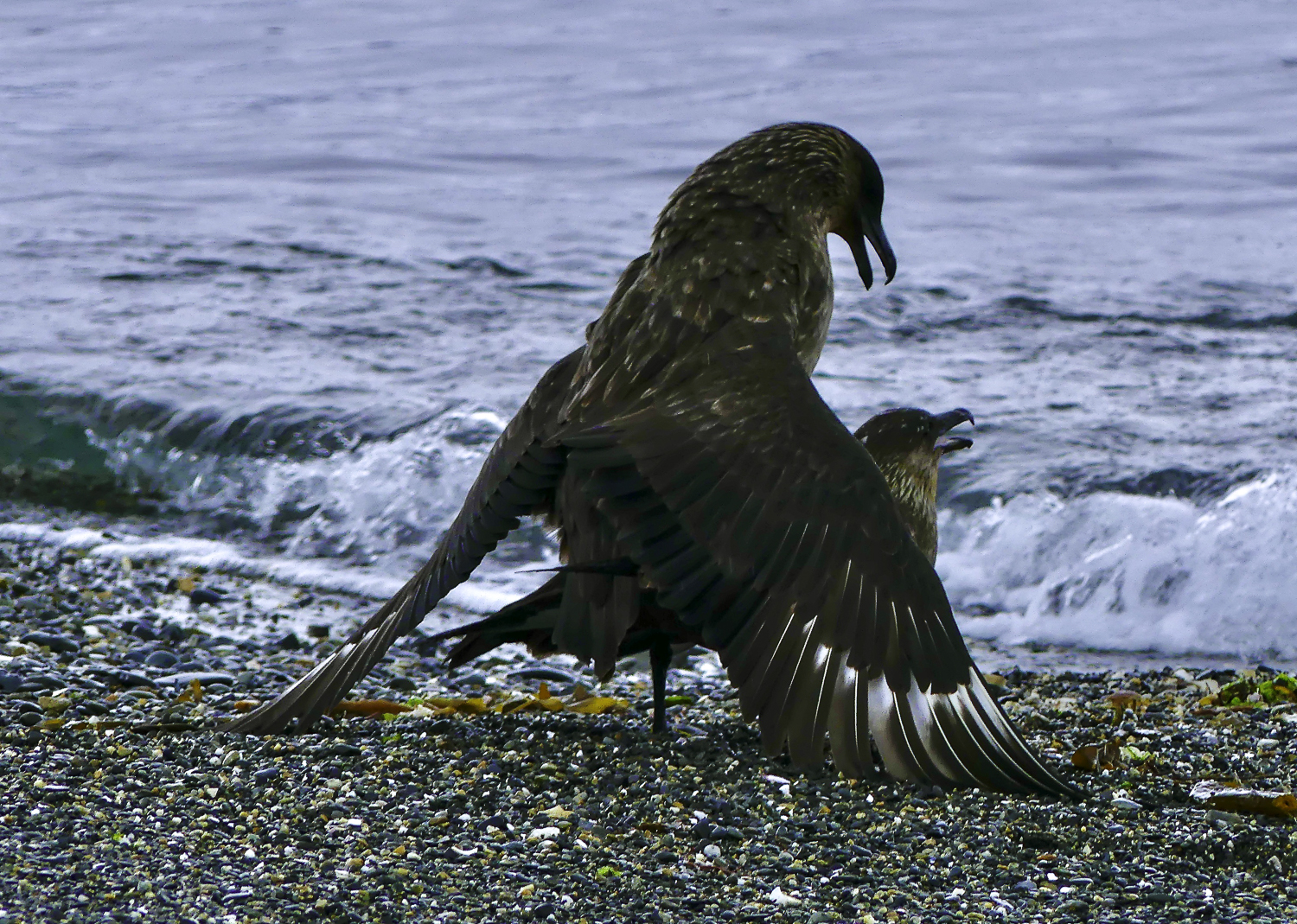