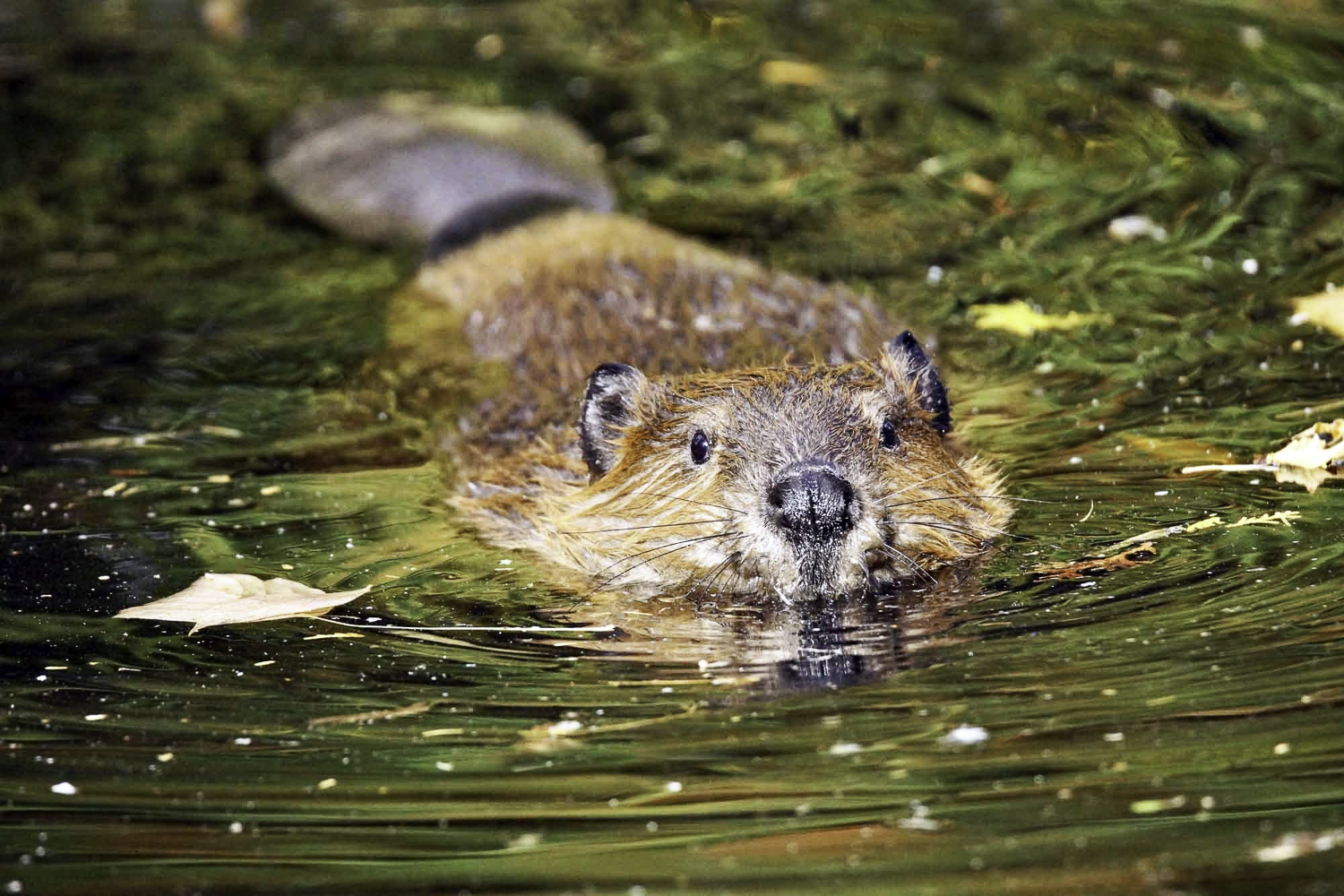 When you think about it, and despite our wildly divergent evolutionary lineages. beavers are among our closest ecological and technological kin. While all organisms have evolved to fill naturally-provided niches, neither beavers nor humans are content to leave it at that. What do I mean? As a species, we’re constantly driven to modify our environments to maximize its provision of food and shelter. Taking this analogy one step further, if humans are the worlds most influential mammals, beavers might logically claim second place. Castor canadensis, the North American beaver, is the ultimate keystone species, that rare creature that supports an entire ecosystem. By building dams and forming ponds, beavers serve as landscape developers, creating watery habitat for a menagerie of tenants. In fact, modern beavers have populated North America for 7.5 million years, giving flora and fauna plenty of time to adapt. Willow, a favorite snack, resprouts multiple stems when it’s gnawed down, like a hydra regrowing heads. Cottonwoods produce distasteful tannins to deter chewing.

Before European traders set about turning beaver fur into fancy hats, beavers roamed most of the North American continent, damming up streams from the Arctic tundra-line to the Mojave Desert. But the mammals never ventured beyond northern Mexico, leaving Central and South America historically beaverless. Until, that is, an ill-conceived scheme unleashed nature’s architects on a landscape that had never known their teeth — and forever impacting ecosystems at the bottom of the world. The disastrous experiment was launched in 1946, when Argentina relocated 20 Canadian beavers to Tierra del Fuego, ostensibly to “enrich” local wildlife diversity for tourism and foster a home-grown fur industry.

At the time the transplants arrived, beaver pelts were at a premium on the world market, but the fur industry in Tierra del Fuego never took off. The beavers, however, in the absence of North American predators like wolves and bears, flourished. The beavers easily swam glacier-scoured fjords between the islands, dispersing throughout both the Argentine and Chilean sides of Tierra del Fuego. Patagonia has two primary habitats, the forest and the steppe — the latter a wind-blasted, arid grassland whose paucity of trees seemed likely to limit beavers’ spread. In 2017, however, an Argentine biologist named Alejandro Pietrek found that, contrary to predictions, beavers were actually producing more offspring on the steppe. Unbothered by the lack of trees, the colonists were happily weaving dams from a shrub called mata negra. “As long as they have water, they can expand,” Pietrek said. “They can colonize all of Patagonia if they want.” The North American beaver population today numbers about 200,000 in their new home.

Although North American trees have evolved with beavers and many are able to grow back from their roots, South American trees, such as the southern beeches (Nothofagus spp.), are ill-equipped to withstand “los castores” because they never evolved beaver coexistence strategies: They don’t re-sprout after cutting, nor do they produce unsavory chemicals or tolerate flooded soils. As beavers chewed down beeches and expanded free-flowing streams into broad ponds, forests were transformed into stump-dotted meadows. In 2009, Chris Anderson, then an ecologist at Chile’s Universidad de Magallanes, found that beavers had reshaped up to 15 percent of Tierra del Fuego’s total land area and half its streams — “the largest alteration to the forested portion of this landscape since the recession of the last ice age.” “The dams the beavers make turn streams into stagnant bogs, leaving a huge impact on aquatic life,” says ecologist Christopher Anderson of the Institute of Ecology and Biodiversity in Santiago, Chile. When these ponds drain out, the muddy areas become meadows that then invite exotic species. “The change in the forested portion of this biome is the largest landscape-level alteration of the Holocene — that is, approximately 10,000 years,” Anderson says.

The South American beaver narrative is a familiar one: Humans introduce nonnative species; nonnative species wreak havoc; humans futilely attempt to erase their error. The beaver story is interesting because, as befitting a keystone species, the rodent takeover has produced winners as well as losers. Research suggests that beavers have benefited native Magellanic woodpeckers, perhaps by making trees more susceptible to the wood-boring insects upon which the birds feast. The slackwaters behind dams also support native fish called puye, which are four times more abundant around beaver impoundments than elsewhere in southern Chile. The biggest beneficiaries, however, have been the beaver’s fellow North Americans: the muskrat and the mink, two other lusciously furred mammals the Chilean government naively plopped down in Tierra del Fuego in the 1940s. On their own, the imports might have perished; beavers, however, ensured their survival.

In 2006, conservationists and biologists from Argentina and Chile , aghast at the loss of old-growth forest, teamed up to explore solutions to the beaver problem—a moment of cooperation for the countries, who have a historically acrimonious relationship. Recently, though, the two nations have gotten more serious: In 2016, they announced a plan to cull 100,000 — one of the largest invasive-species-control projects ever attempted. Scientists agree that the trapping program will greatly reduce beaver populations, but they also believe that these industrious loggers are in South America to stay. 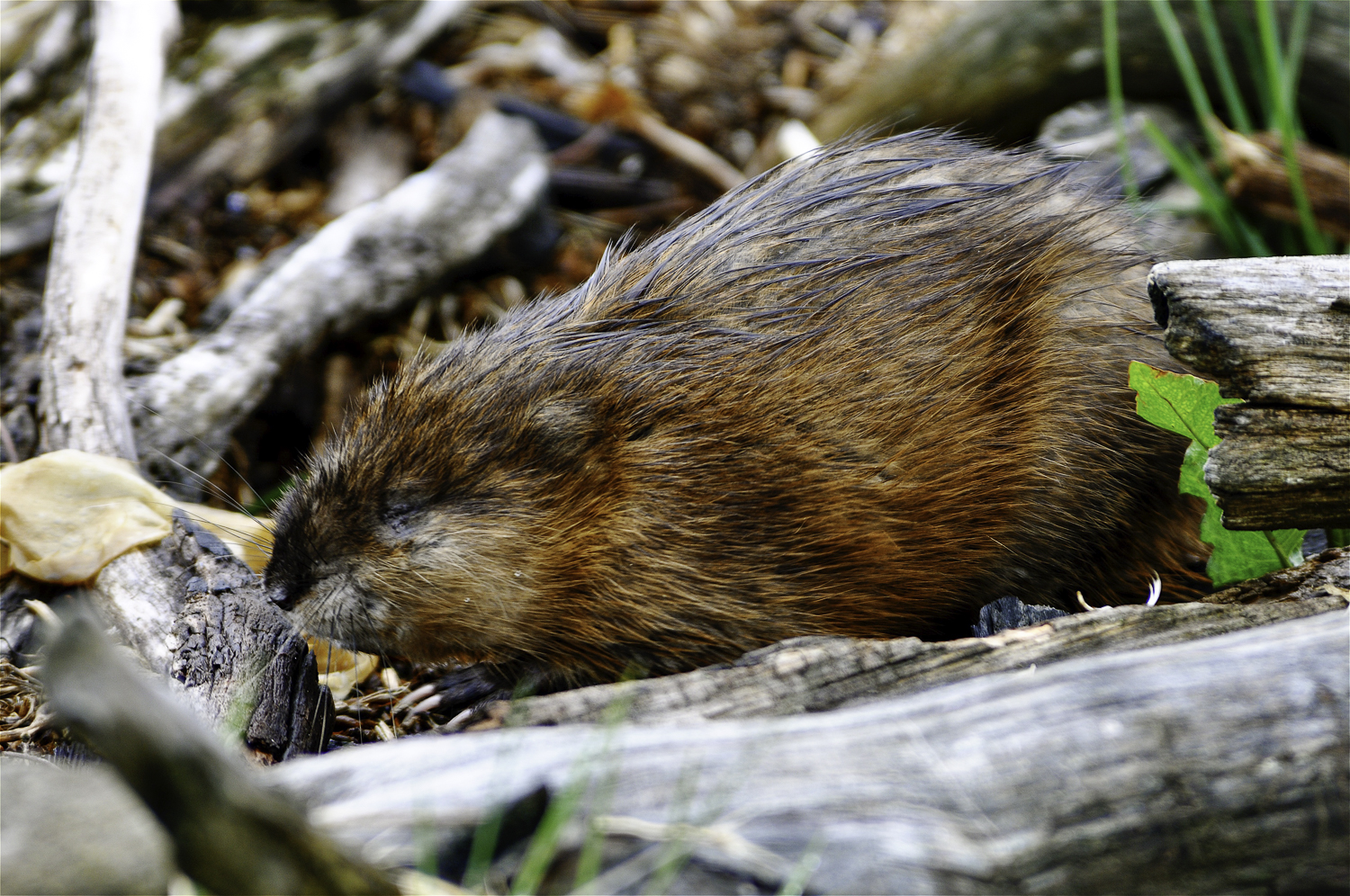 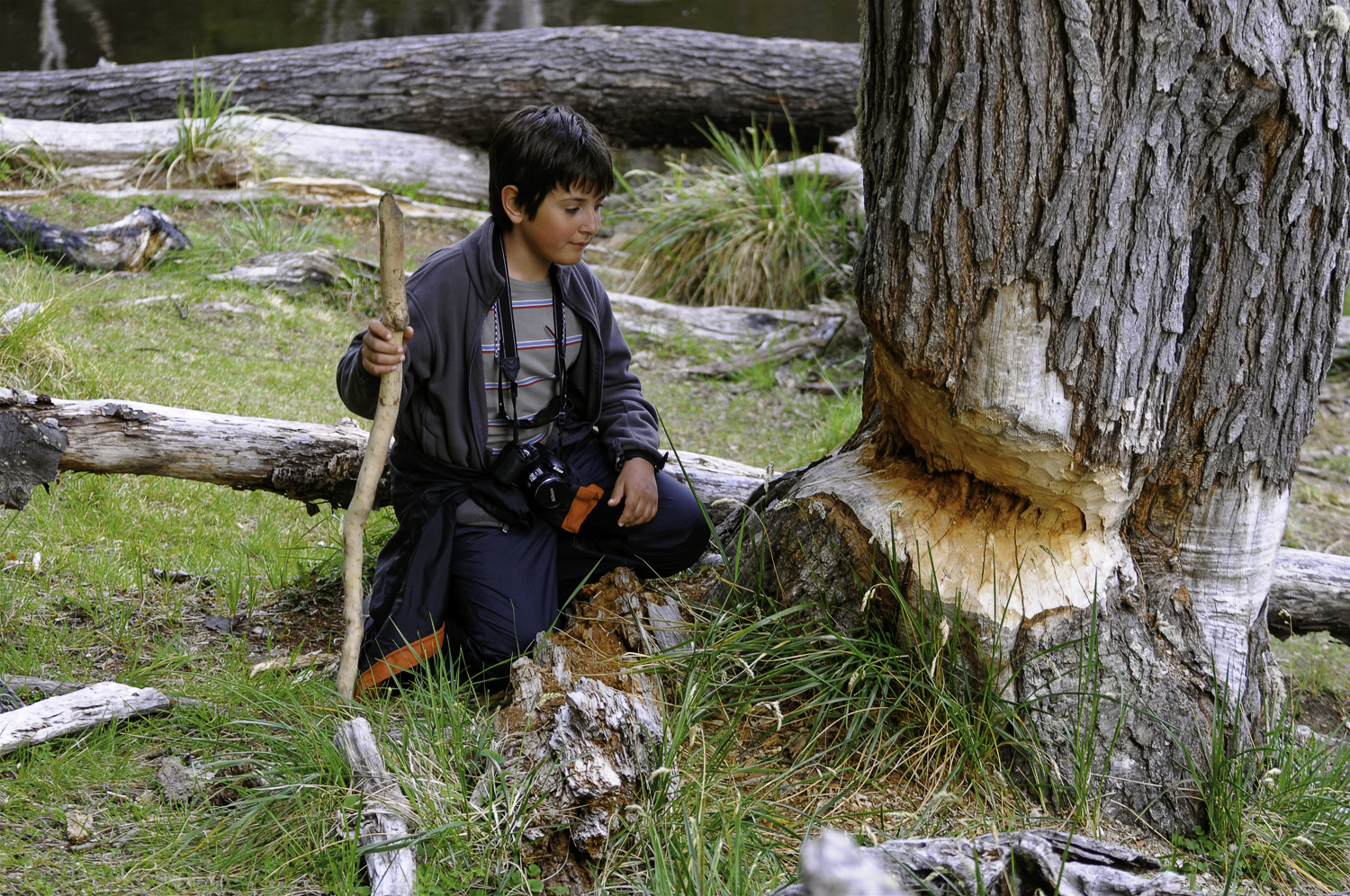 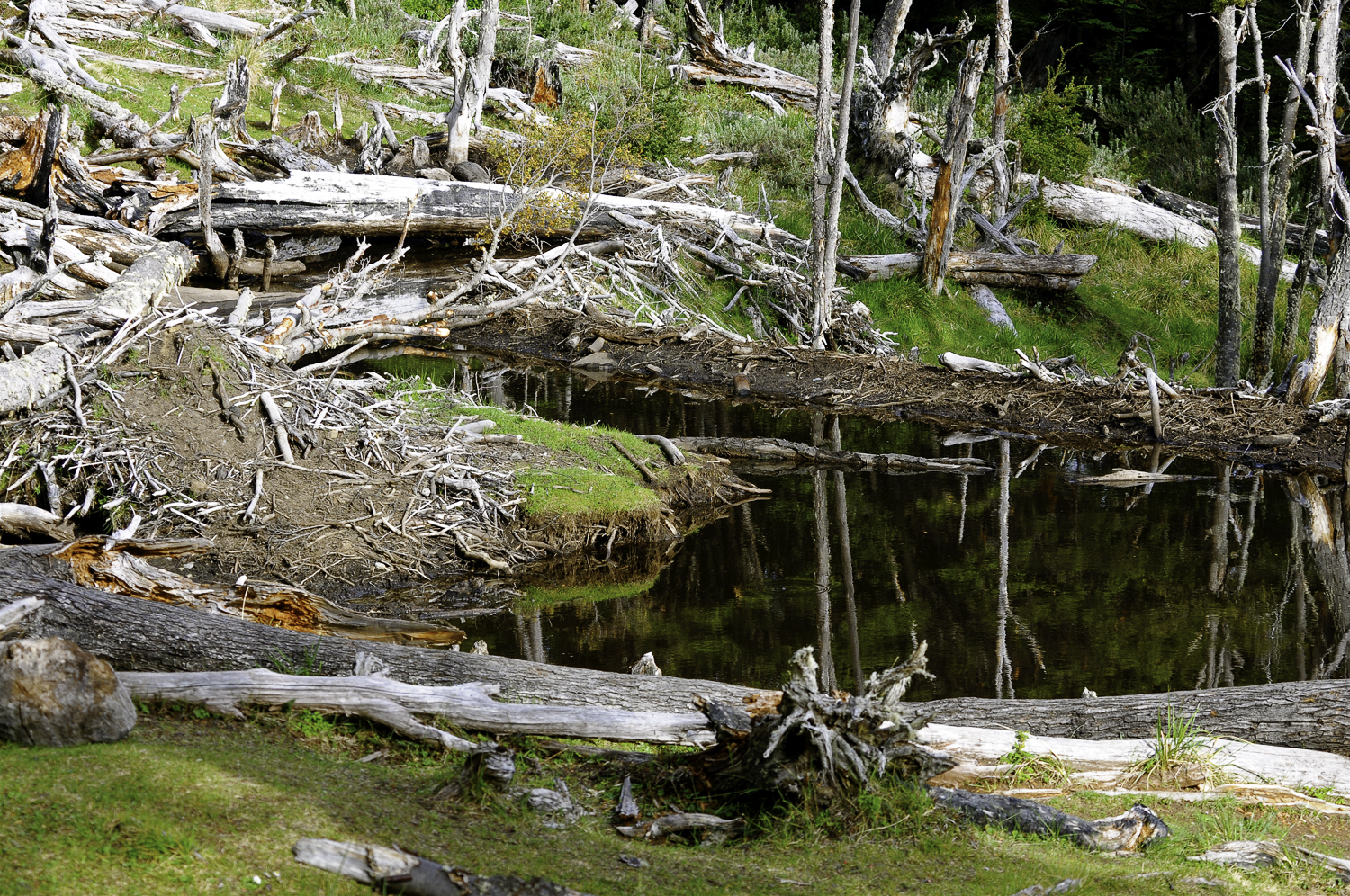 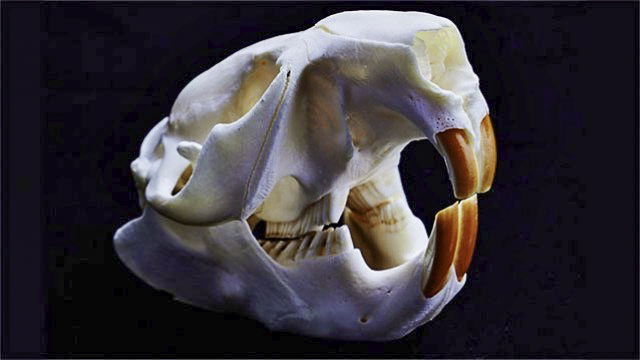