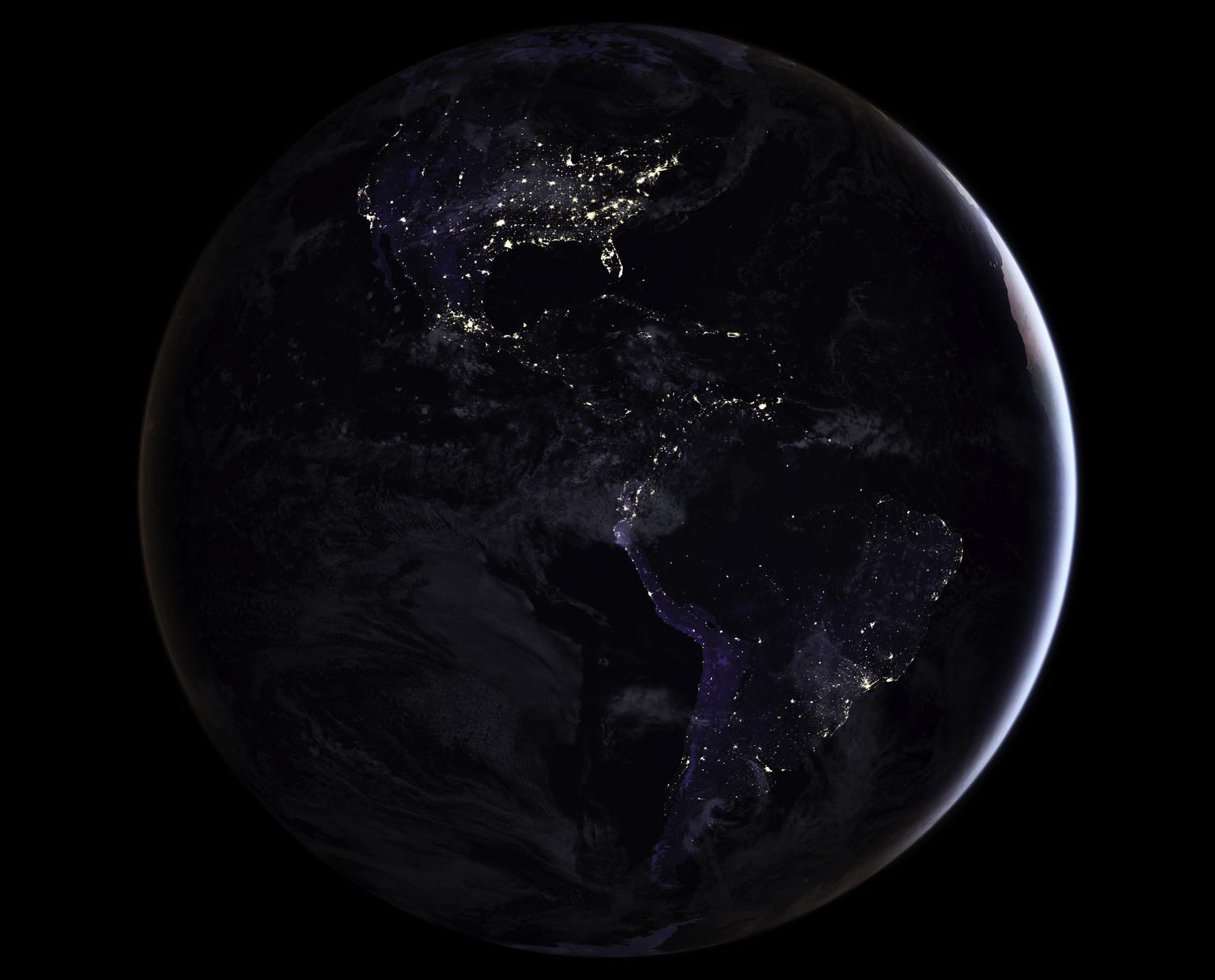 To go in the dark with a light is to know the light.
To know the dark, go dark. Go without sight,
and find that the dark, too, blooms and sings,
and is traveled by dark feet and dark wings.

Experiencing the magic of a black-velvet night sky and the glittering wonder of billions of stars overhead has become a rare phenomenon in our modern world. For most urban and suburban dwellers, artificial lighting dazzles and distracts the eye, its cumulative glow forever changing our experience of night. I’m fortunate enough to have lived in the Colorado mountains my entire adult life, beyond the shroud of “light pollution” that obscures the star-lit magnificence of the Continental Divide when viewed from Front Range cities. I have always enjoyed spending time in the natural world at night, my explorations illuminated only by stars and moonlight. In the profound quiet of the night, and as my dark-adapted vision kicks in, I find that my awareness of what is going on around me sharpens and my sense of smell and hearing becomes more acute. With this two-part ePostcard series, I want to focus on the importance of darkness—the primal night sky that has shaped the web of life on Earth.

When viewed from space, the night side of our planet twinkles with light, easily observed by orbiting satellites. NASA astronauts often refer to the Earth at night as the “Black Marble.” The most obvious source of the glow comes from city lights, but scientists are now able to identify and monitor the entire spectrum of anthropogenic and natural light sources. In 1972, the Apollo 17 mission gave us our first daytime view of Earth, which they dubbed the “Blue Marble,” a name inspired by the ethereal blue vastness of the oceans that occupy more than 70% of the Earth’s surface. Over the past decade, the spacefaring satellites of the NASA-NOAA Suomi National Polar-orbiting Partnership (NPP) have compiled an unprecedented photographic record of natural and human-made sources of light, including those from cities, gas flares, auroras, wildfires, phytoplankton, volcanoes, and reflected moonlight and starlight. The first NASA image in our Black Marble series shows the sparkle glare of artificial lighting emanating from the most densely populated areas of North, Central and South America. Can you locate the dark expanses of Tierra del Fuego and southernmost Patagonia?

Most people readily admit that they are uncomfortable in total darkness. Our eyes, when we give them time to adjust, actually have good light-gathering capacity in lowlight situations. In 1879, Thomas Edison’s incandescent light bulbs first illuminated a New York street, inaugurating the global era of electric lighting. Powerful lamps now light up streets, yards, parking lots, and billboards. Sports facilities blaze with light that is visible for tens of miles. Business and office building windows often glow throughout the night. According to the International Dark-Sky Association (IDA), the sky glow of Los Angeles is visible from an airplane 200 miles away. Indeed, when a 1994 earthquake knocked out the power in Los Angeles, many anxious residents called local emergency centers to report seeing a strange “giant, silvery cloud” in the dark sky. What they were really seeing was the Milky Way, long obscured by the urban sky glow.

One of the defining characteristics of life in the modern world is the altered patterns of light and dark in the human-built environment resulting from the use of electric power. The views of the Black Marble that I’ve included in this ePostcard tell a distinctly human story. As you look at the points of light captured in these images from orbiting sensors, you begin to see the footprint of human presence in real time: from the glow of megacities and the pinpoints of bright light produced by fleets of fishing boats at sea, to gas flares glowing like giant candles in the darkness, lights show where we have made our homes, established industries, mined or harvested natural resources, and built roads. Patterns of light and darkness are everywhere.

Viewing the “Blue Marble” and the “Black Marble” from space expands our understanding of the forces, both anthropogenic and natural, that are shaping our planet. For nearly 25 years, satellite images of Earth at night have served as a fundamental research tool for scientists, revealing the many ways in which humans have transformed our planet. Some of the applications that have evolved as a result of this research include forecasting a city’s energy use and carbon emissions, eradicating energy poverty and fostering sustainable energy development, providing immediate information when disasters strike, and monitoring the effects of conflict and population displacement. Our next ePostcard in this series will examine light pollution—defined as the excessive and inappropriate use of artificial light—and explore the ways in which it impacts human health and the natural world we depend on.

more credits, captions and resources beneath photos below: 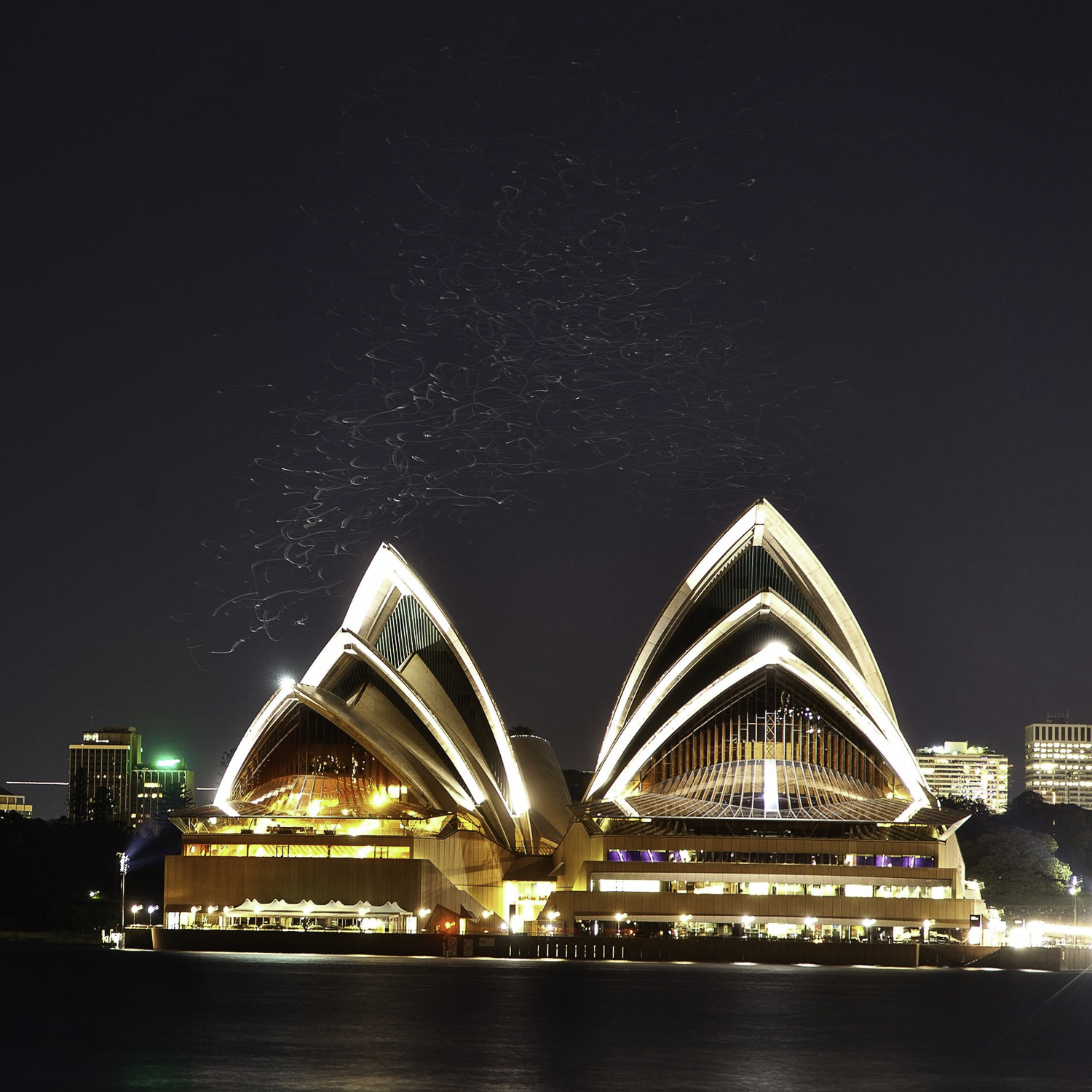 #2. Photo Credit: Ajay and Neelam Talwar (source: The World at Night)
Caption: This long-exposure image of the Sydney Opera House reveals the ghostly trails of birds flying above the structure’s massive flood lights. Local and migrating species are attracted to artificial night lights that often lead them astray, resulting in hundreds of millions of avian deaths each year. 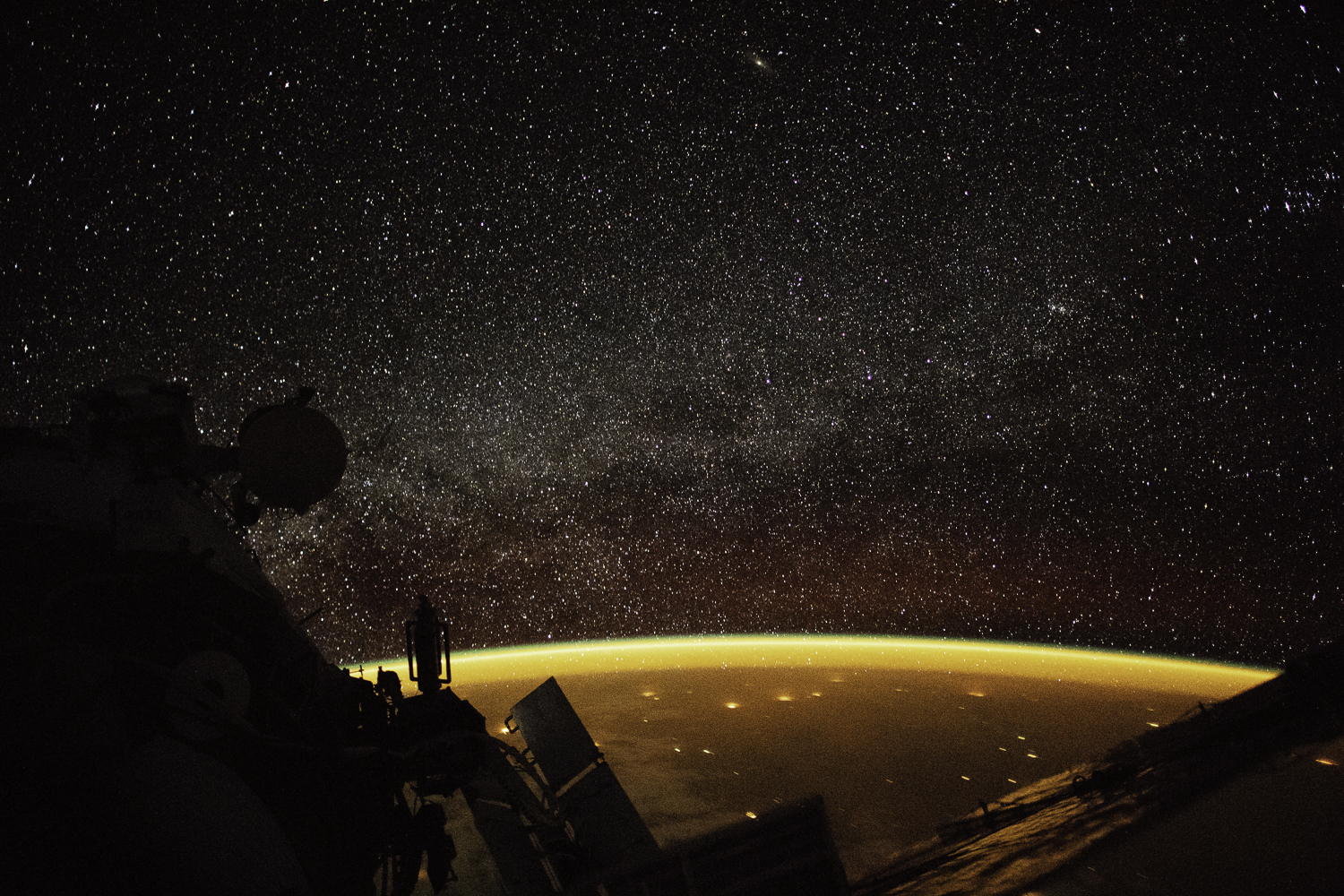 #3. Photo Credit: On October 7, 2018, this view from the International Space Center (ISS) shows concentrations of nighttime artificial lighting across Earth’s surface below a constant glow in the upper atmosphere. NASA Image of the Day for October 23, 2018.

Caption: The glowing golden line along Earth’s limb (the edge of the atmosphere) is airglow, a type of light that is produced by chemical reactions in the upper atmosphere. On October 7, 2018, an astronaut aboard the International Space Station (ISS) shot this photograph while orbiting at an altitude of more than 400 kilometers (250 miles) over Australia. In this view, stars appear more numerous along the image center, where the plane of our disk-shaped Milky Way galaxy extends into space. 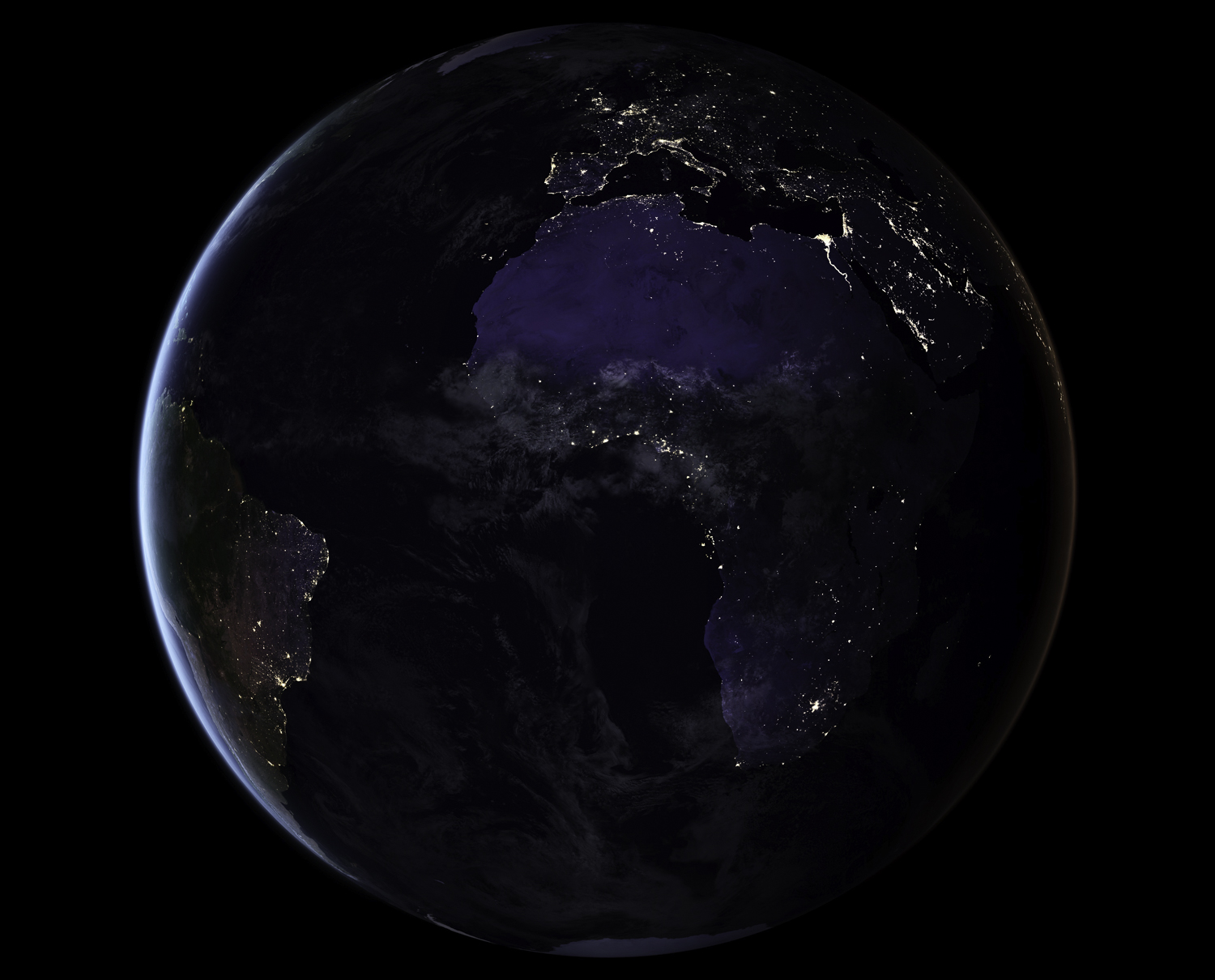 #4. Earth at night, Africa and Europe.
This image is courtesy of earthobservatory.nasa.gov 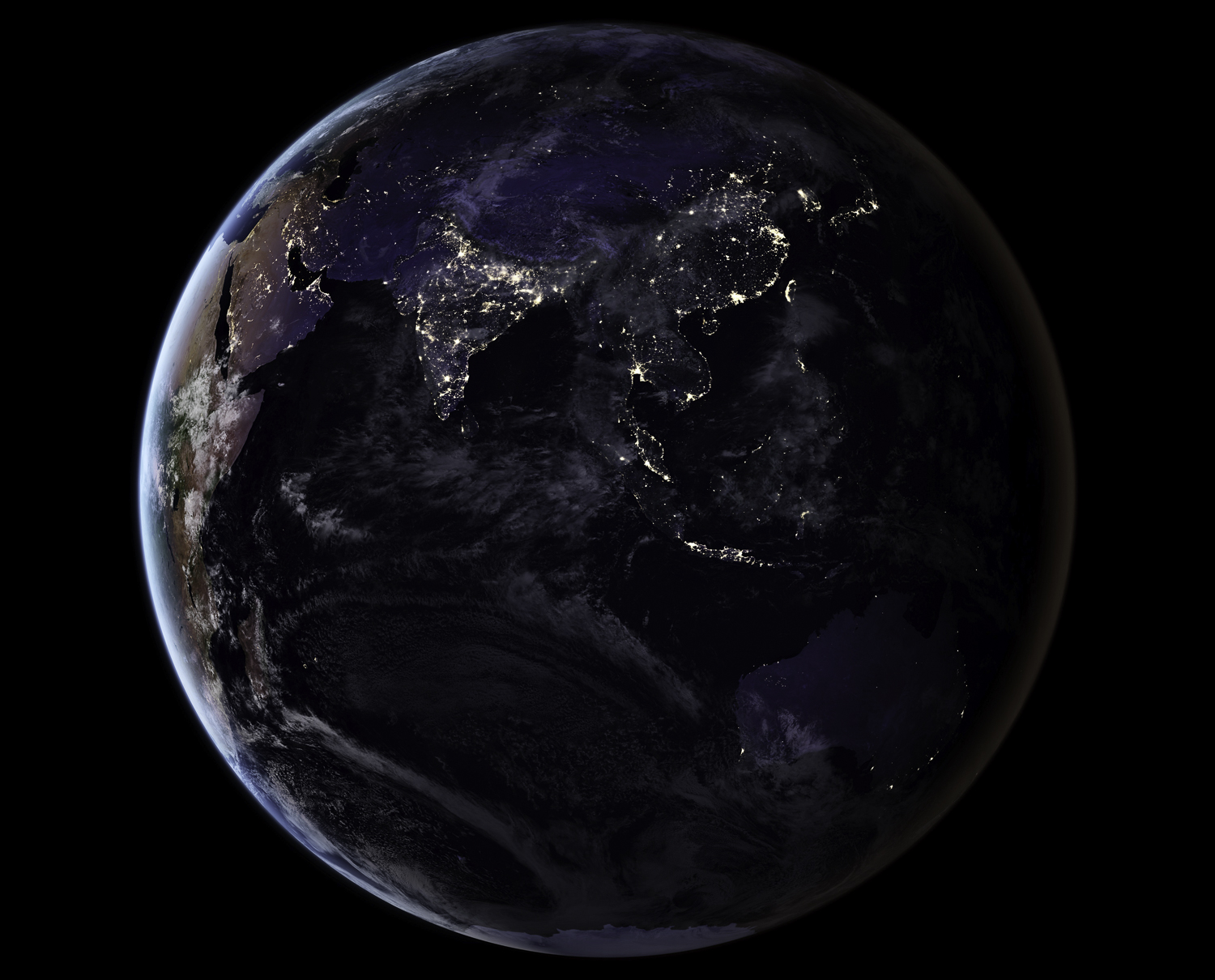 #5. Earth at Night, Middle East, Asia and Australia.
This image is courtesy of earthobservatory.nasa.gov. 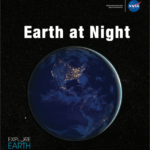 NASA’s eBook: “The Earth at Night” provides an excellent way to discover our world at night through the eyes of space science.
Here is the link to the pdf:
www.nasa.gov/sites/default/files/atoms/files/earth_at_night_508.pdf