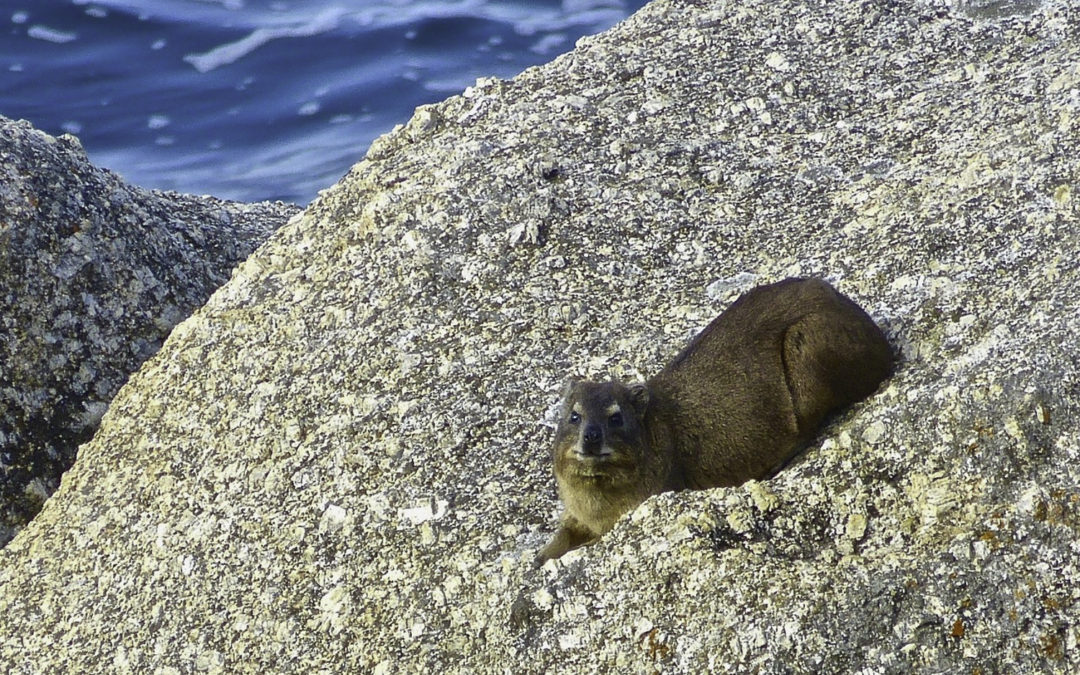 If you haven’t heard of hyraxes, which are called “ dassies” in South Africa, you are not alone. Hyraxes inhabit rocky terrain across sub-Saharan Africa and the Middle East. At first glance, the rock hyrax appears rodent-like (a bit like a marmot), but their evolutionary relationships lie with elephants and dugongs. Look closely at hyrax feet, which are unusual in having stumpy toes with hoof-like nails.; there are four toes on each front foot and three on each back foot. What you can’t see are the rubbery pads on the bottoms of their feet, which are dotted with sweat glands. These pads help the hyrax maintain their grip when moving about on the steep, rocky surfaces where live.

When we look into the fossil record for hyraxes, we discover that the order Hyracoidea first appears about 37 million years ago, in the Middle East, and that hyrax ancestors were once far more diverse and widespread. For many millions of years, the ancestral hyraxes and proboscideans (elephants and their relatives) were the primary terrestrial herbivores in Africa, just as odd-toed ungulates (think mammoths!) were in North America. The largest of the Eocene hyrax ancestors weighed the same as a small horse and the smallest were mouse-sized. During the Miocene, competition from the newly developed bovids, which were very efficient grazers and browsers, displaced the hyraxes into marginal niches, such as the rocky habitats where we find the modern hyrax today. Think back to what you learned about southern African bovids in ePostcards #17 and #18.

Hyraxes exhibit a number of primitive mammalian characteristics, such as a poorly-developed ability to regulate their internal body temperature. These social mammals compensate for this with behavioral thermoregulation, such as huddling together and basking in the sun. Unlike most other browsing and grazing herbivores, hyraxes do not use the incisors at the front of their jaw for clipping of leaves and grass, and must rely instead on the molar teeth at either side of their jaw. The two upper incisors of the hyrax are large and tusk-like, and grow continuously throughout life, similar to the upper incisors of rodents. Although hyraxes are herbivores, they do not process their food like ruminants do (bovids etc.). Hyraxes do have complex, multi-chambered stomachs that allow symbiotic bacteria to break down tough plant materials, but their ability to digest plant fiber is much less well-developed than that of ruminants. Hyraxes are well-adapted for life in arid environments, and have efficient kidneys that retain water and enhance survival during prolonged periods of drought.

Hyraxes live in small family groups, with a single male that aggressively defends the territory from rivals. Where living space is abundant, the male may have sole access to multiple groups of females, each with their own range. The remaining males live solitary lives, often on the periphery of areas controlled by larger males, and mate only with younger females. Female hyraxes give birth to up to four young after a gestation period of 7 to 8 months. Young hyraxes are weaned at one to five months of age, and reach sexual maturity at 16 to 17 months. 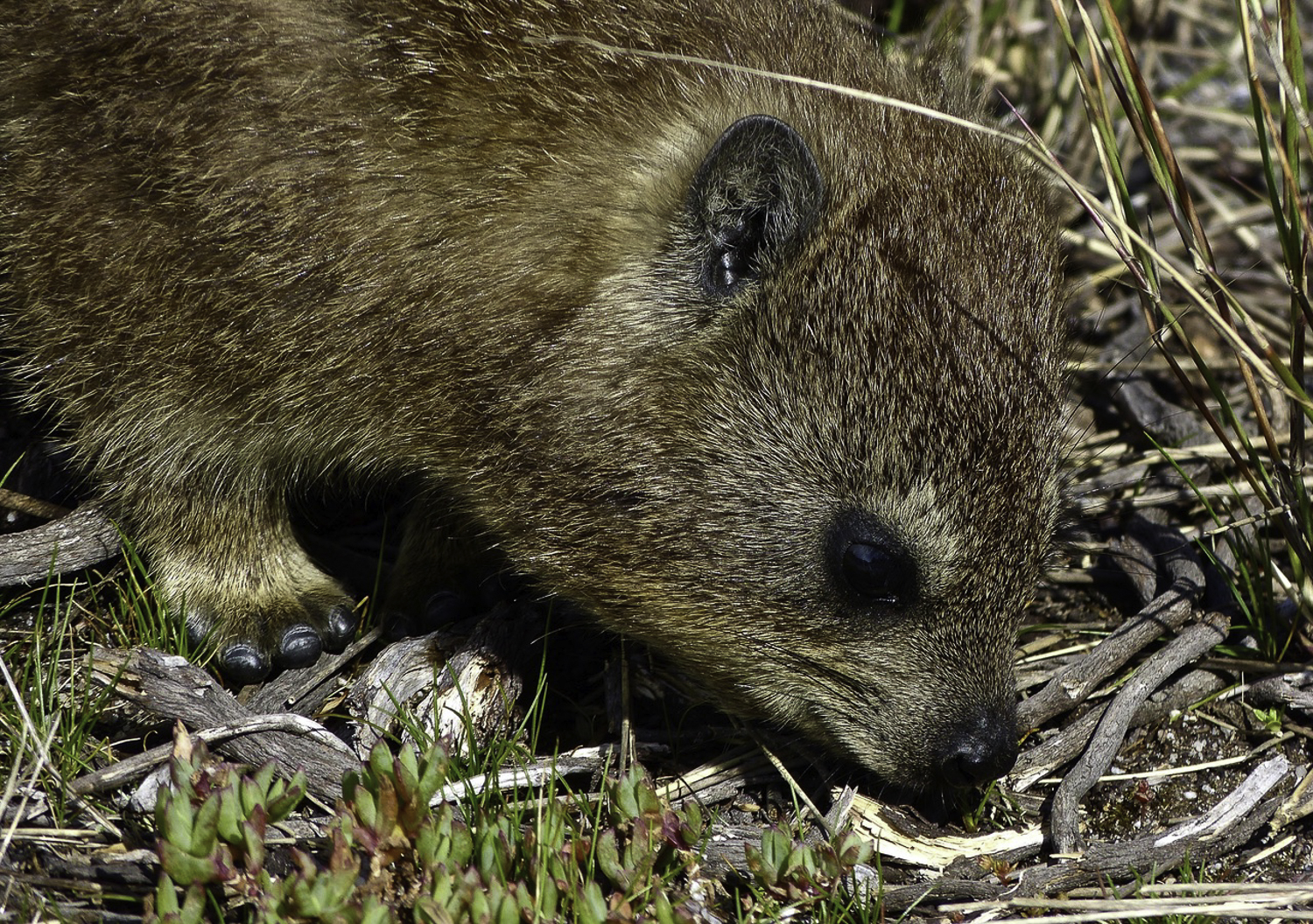 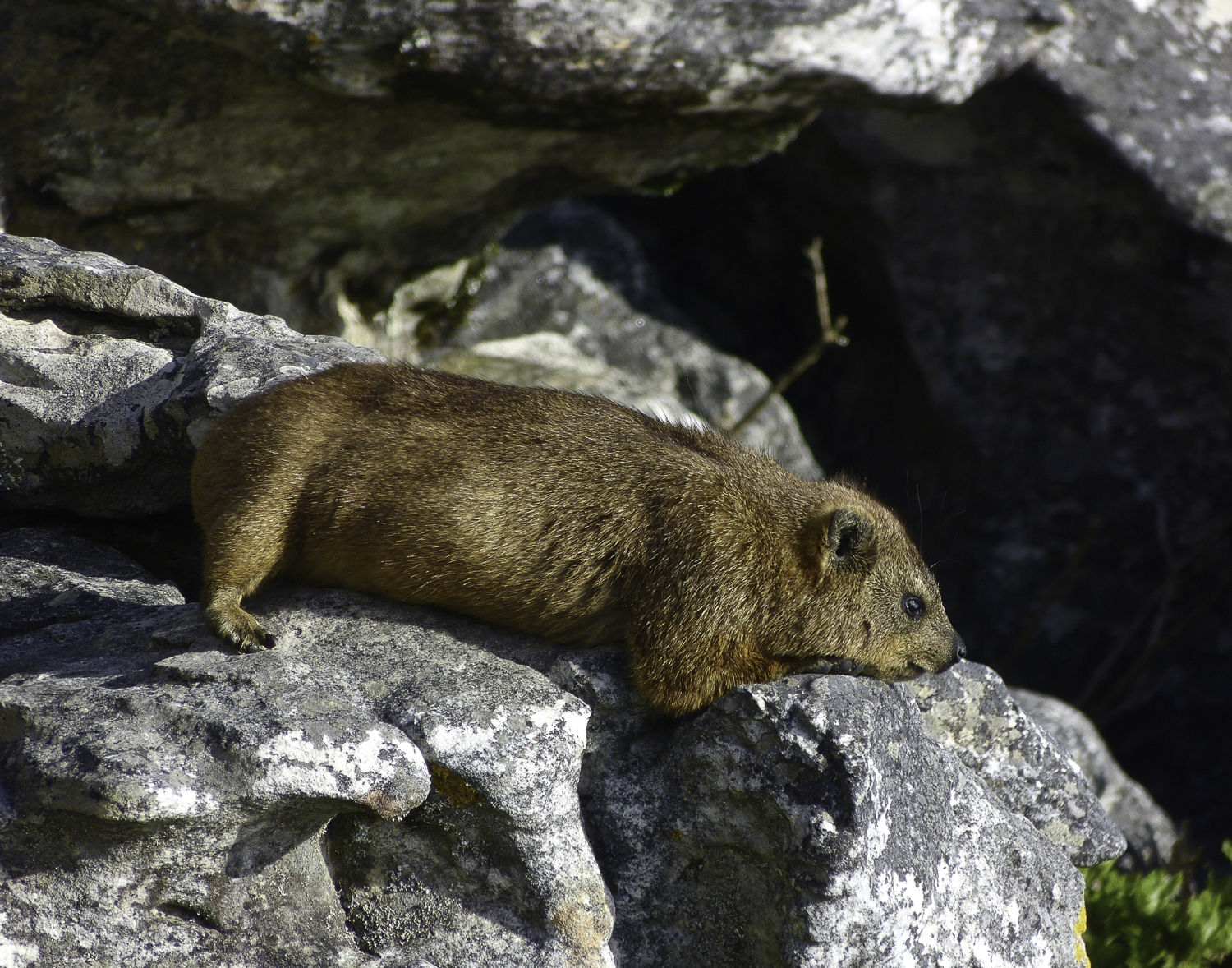 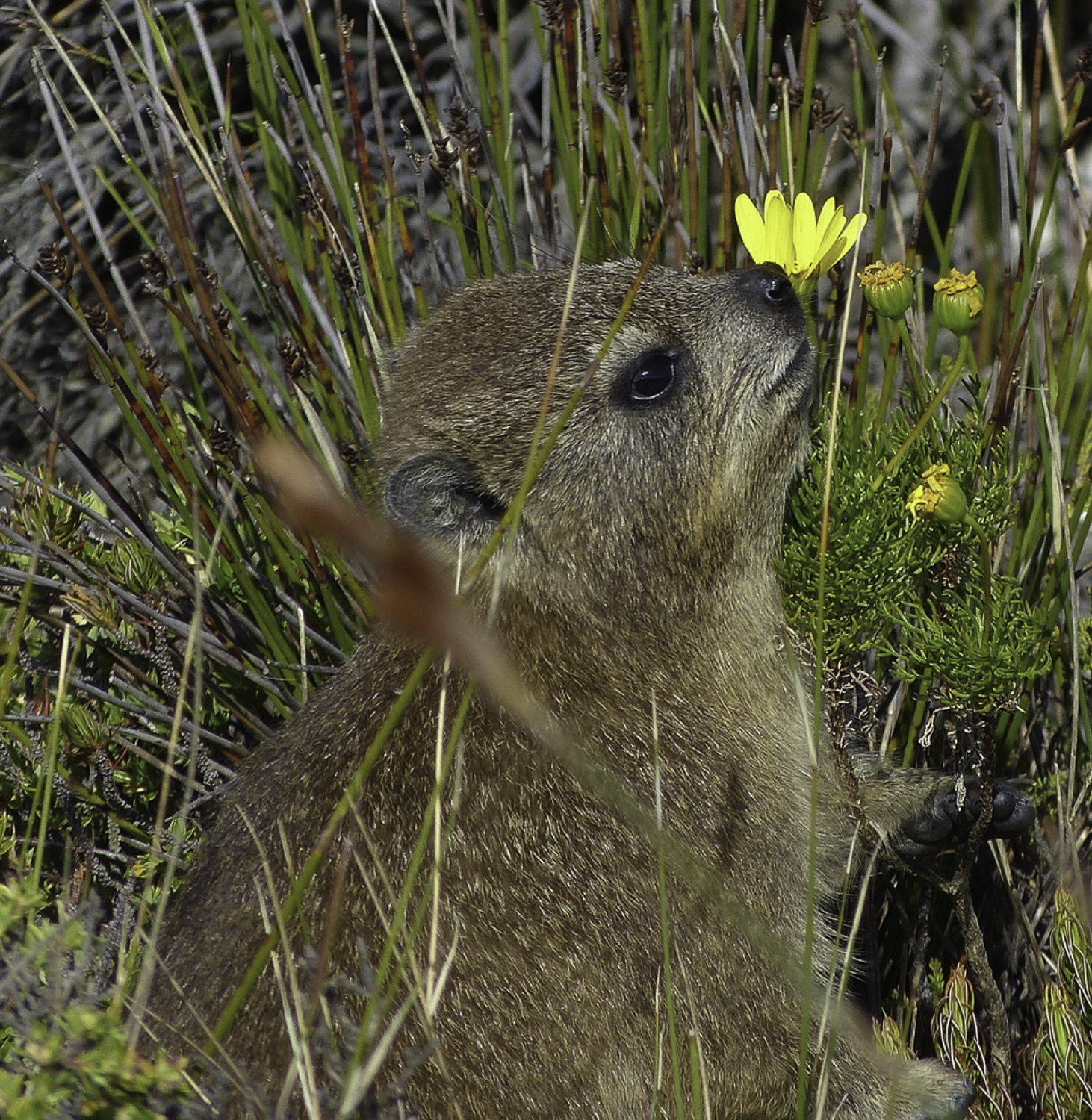