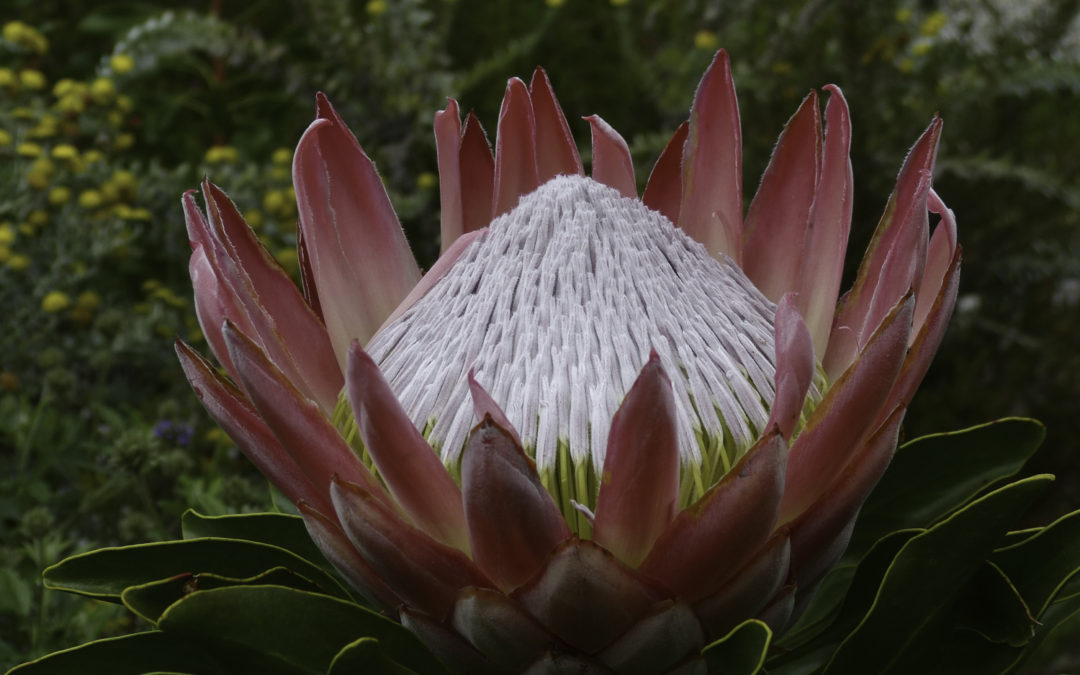 On the southwestern tip of the African continent, South Africa’s famous Cape Floral Kingdom (or fynbos) is a center of diversity for one of the most spectacular flowering plant families in the world—the Proteaceae. The two main centers of diversity for the Proteaceae are in South Africa and Australia, but family members are also found in Central Africa, South and Central America, India, eastern and southeastern Asia, and Oceania. The Proteaceae are an excellent example of a Gondwanan family, with members occurring on virtually every land mass considered to be a remnant of the ancient supercontinent Gondwana, except Antarctica. Paleo-botanists suggest that the Proteaceae diversified at least 90 million years ago, well before the fragmentation of Gondwana by continental drift.

Carl Linnaeus named the genus Protea in 1767, in honor of the Greek god Proteus, a deity that appeared in many forms—the perfect choice for a plant family known for its astonishing diversity. Ranging in size from prostrate shrubs to trees, the Proteaceae are admired most for their showy compound flower heads (or inflorescences), which consist of many small flowers densely packed into a compact head or spike. Look closely at my photos and scroll back and forth to the diagram below for help in picking out the various parts of each inflorescence. I have also provided descriptions of the flower parts so it is easier to understand how it all works. I guarantee that you will never look at a flower again without thinking about proteas and the sheer wonder of floral diversity!

UNDERSTANDING PROTEA FLOWERS
Unlike the majority of flowering plants, protea flowers do not have separate sepals and petals. Instead, there is only one set of four perianth segments (called tepals). This is most unusual and is an important diagnostic feature. In the bud these segments abutt one another, but never overlap. As the bud opens the four tepals separate and curl back to expose the style (the stalk of the female organs). The manner in which the tepals separate, and how much of the lower portions remain fused to form a tube are characteristics of the different genera.

The male organs (anthers) of proteas are also distinctive. The anthers do not have long stalks (filaments), but are joined directly to near the top of the tepals. Unlike most other plants, the anthers shed their pollen onto the topmost portion of the style just before the flowers open. Because the style presents the pollen in a position accessible to any potential pollinator, the top-most portion of the style is called the pollen-presenter. The presence of a pollen-presenter is another diagnostic feature for proteas. In order to ensure adequate transfer of pollen to specific pollinators, the pollen-presenter is often elaborately shaped.

The female organs of protea flowers are similar to other flowers, consisting of the stigma, style and ovary. The ovary is superior (not enveloped by or fused with the tepals) and contains 1 ovule in all southern African species. The style is a long thin stalk, modified at the tip to form a pollen-presenter. The stigma is a tiny groove, situated at the top of the pollen-presenter, and is dry and seldom sticky.

Four minute floral nectaries may be situated at the base of the ovary, between the ovary and the tepal bases. These secrete nectar to attract pollinators. These always alternate with the tepals, and may be all that remains of the petals. Below each flower is the floral bract, situated either adjacent to stalkless flowers or on the flower stalk.

The systems for presenting pollen are usually highly diverse, corresponding to the diversification of the pollinators. Pollination is carried out by bees, beetles, flies, moths, birds (honeyeaters, sunbirds, sugarbirds) and mammals (rodents, small marsupials, elephant shrews, and bats). 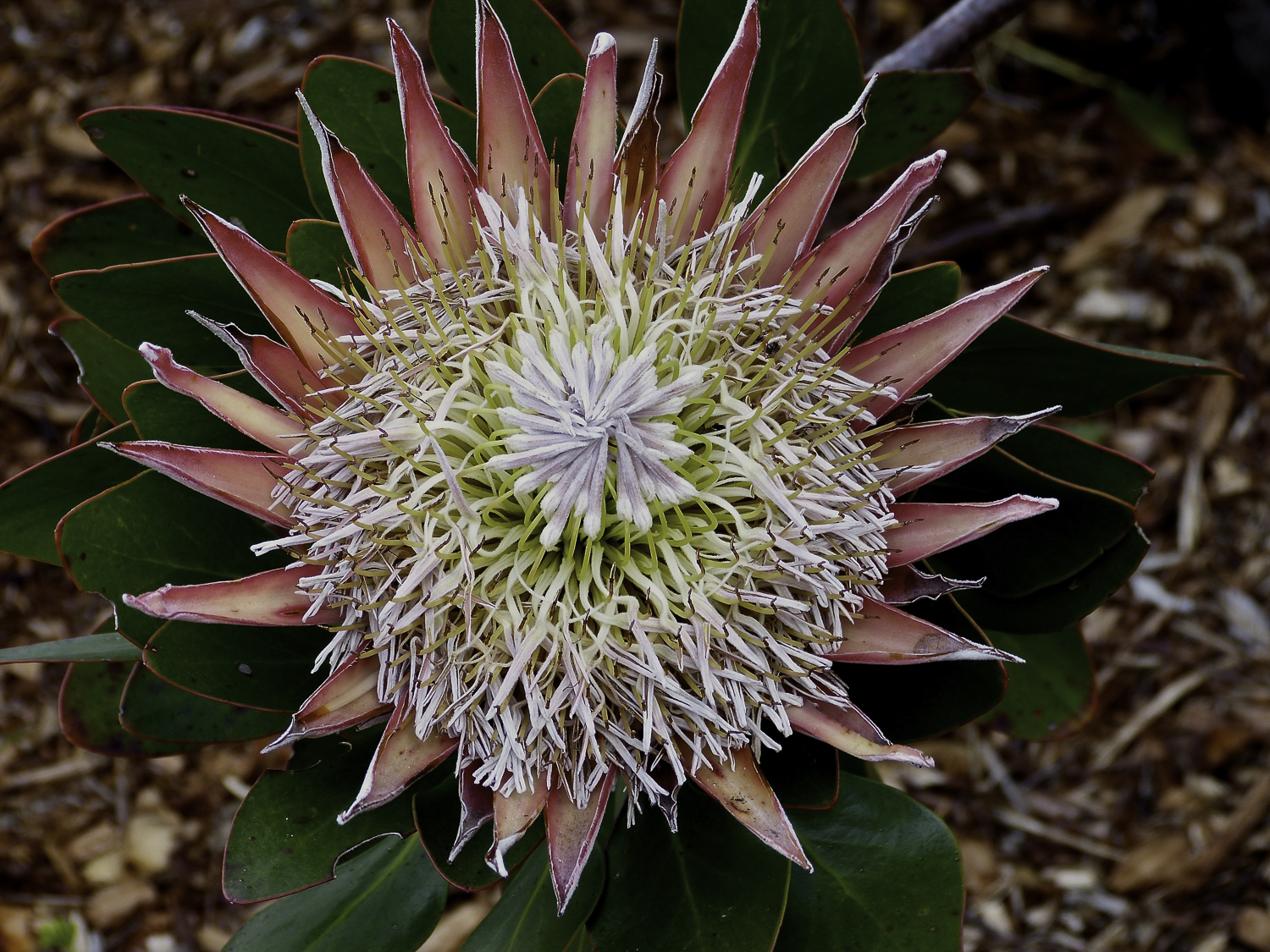 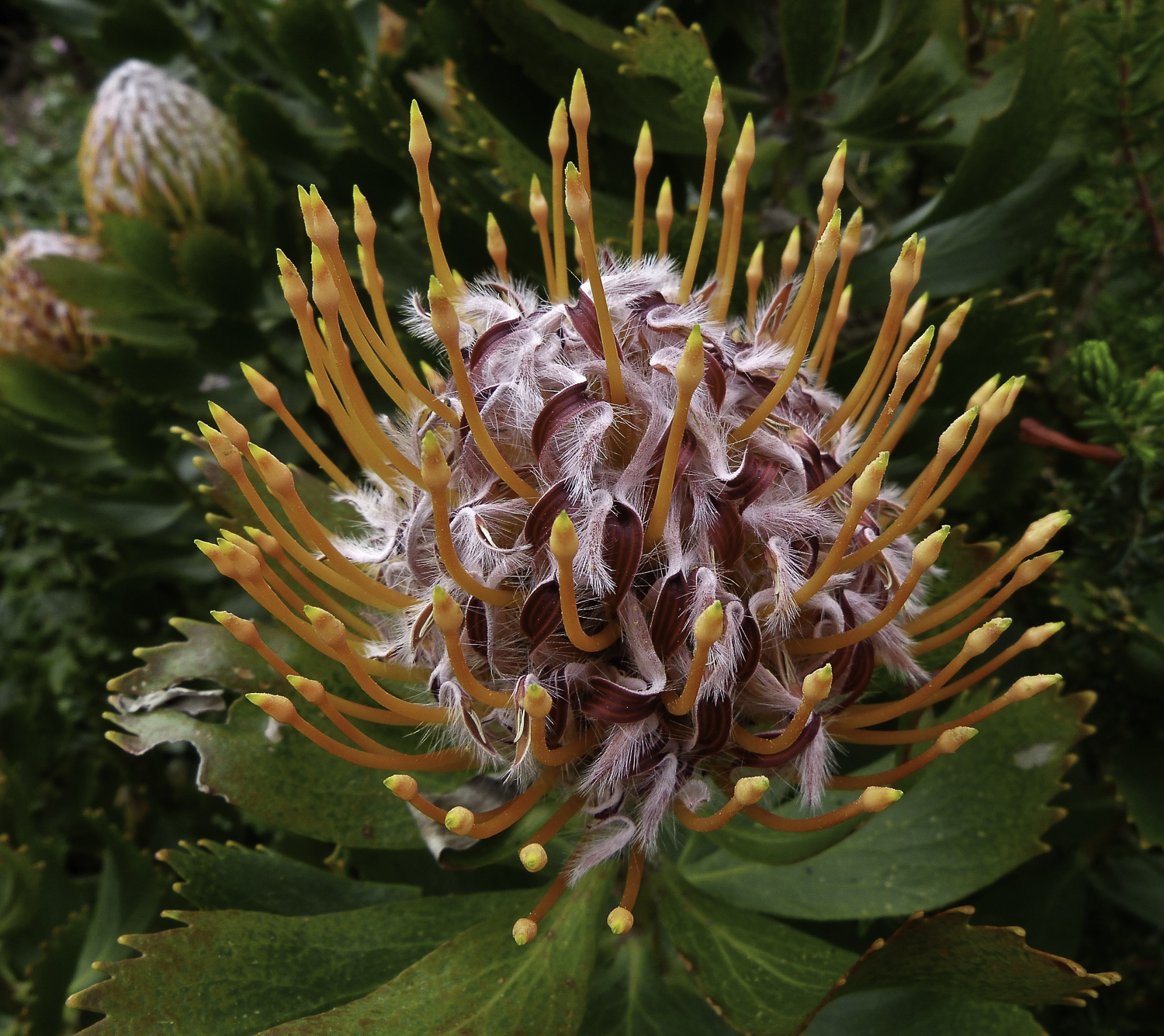 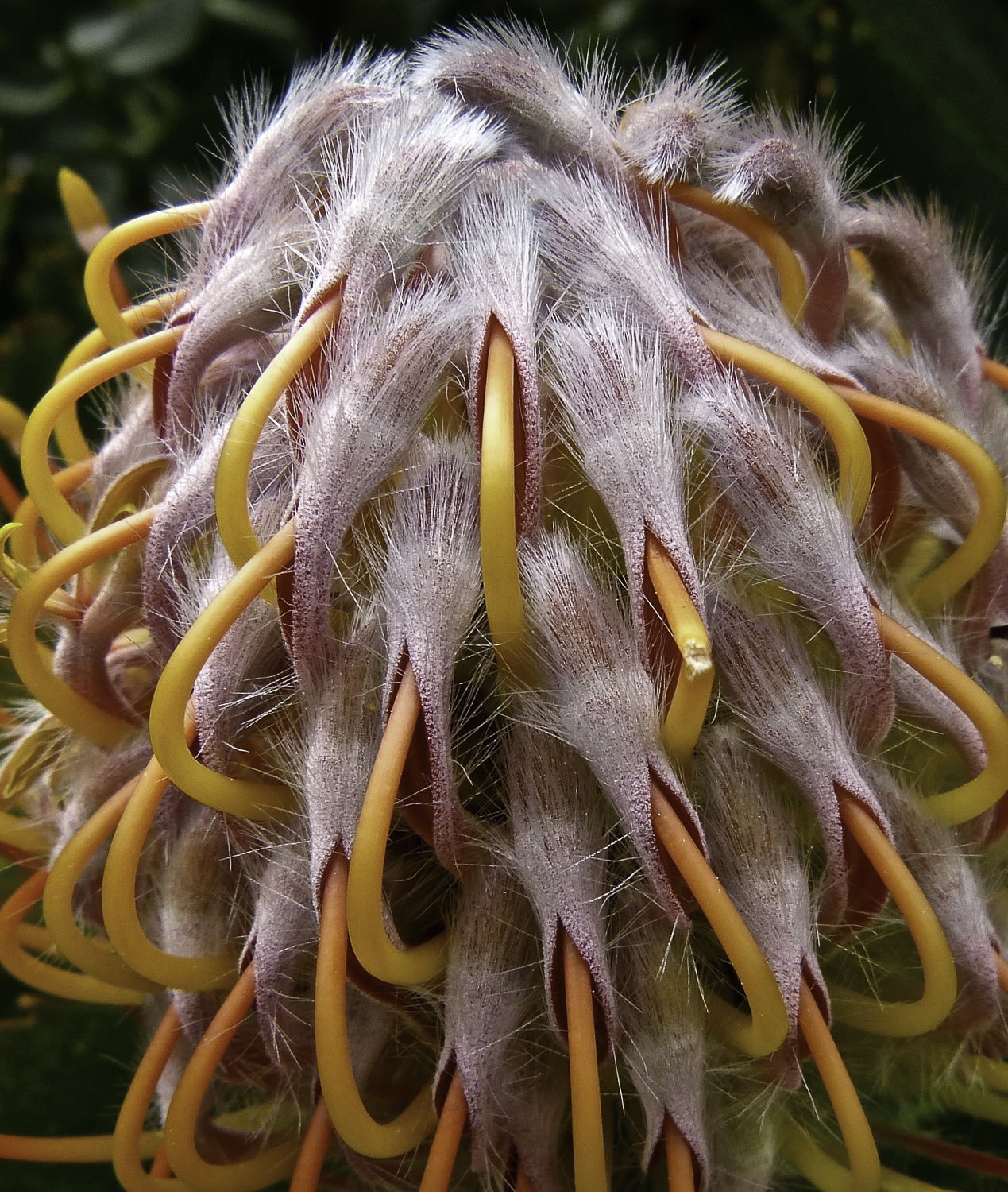 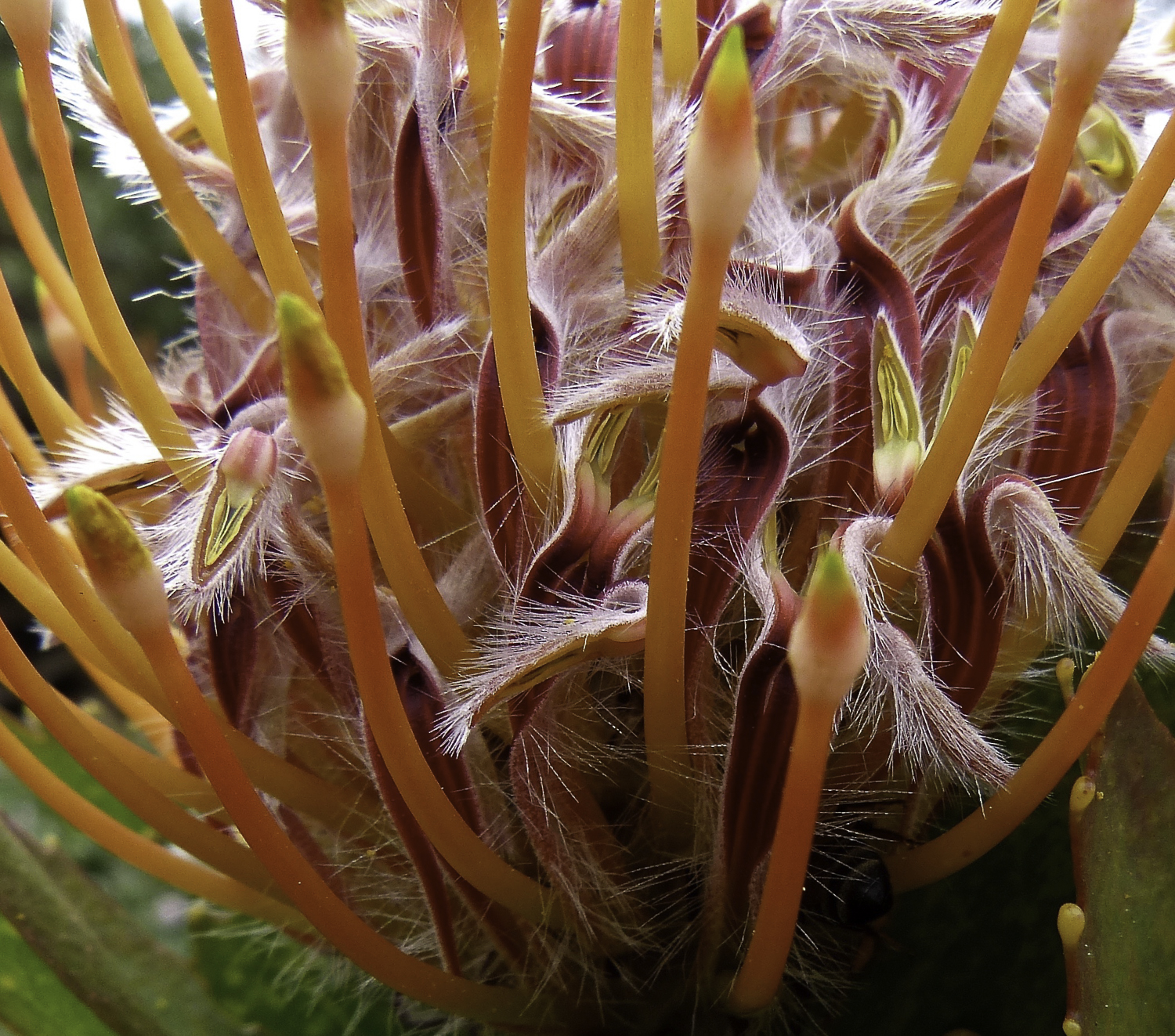 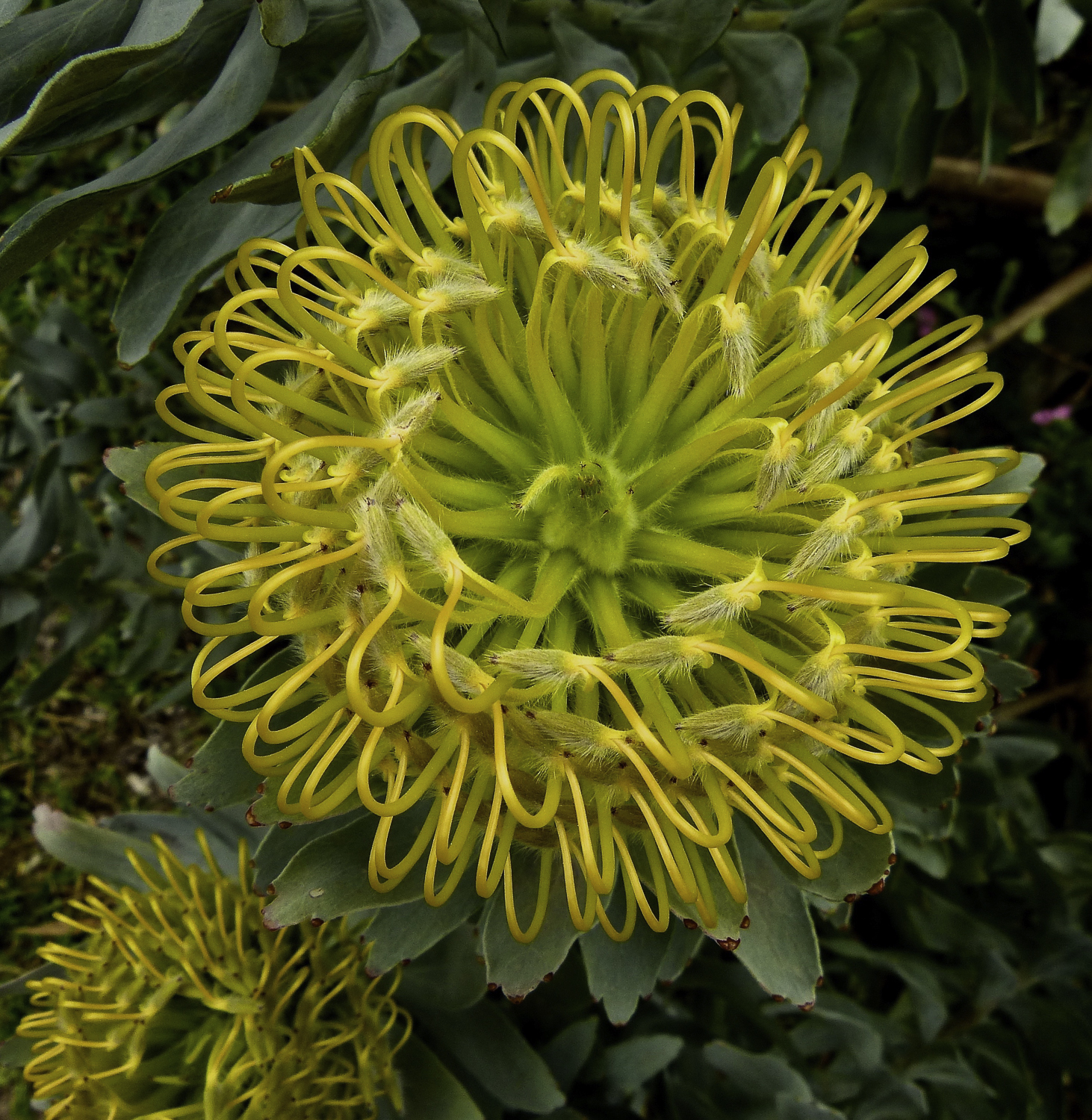