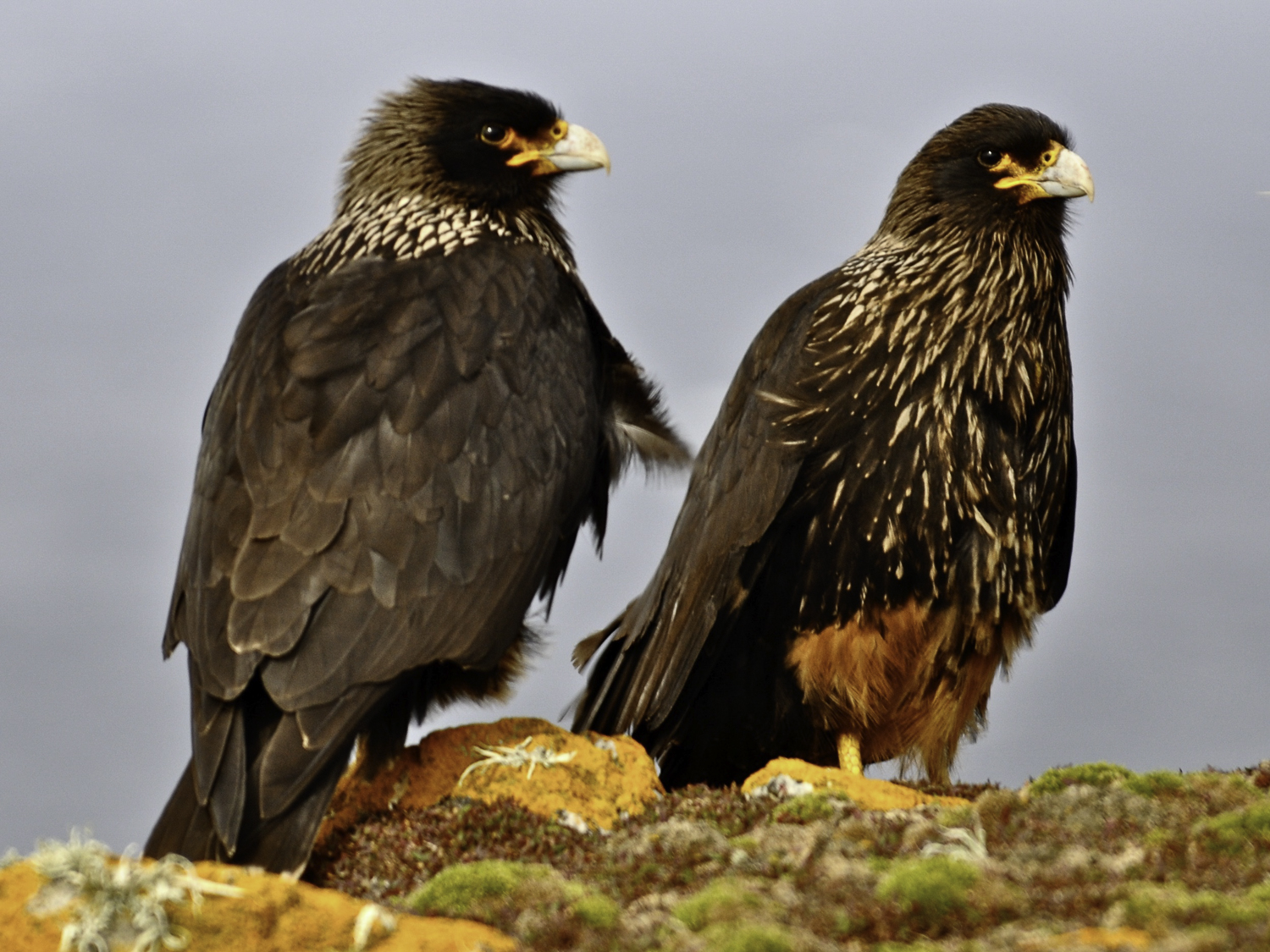 In the austral spring, Steeple Jason, a tiny island along the northwest edge of the Falkland Archipelago, teems with birds. As you now know, the island is home to the world’s largest breeding colony of black-browed albatrosses, as well as three types of penguins and a few species of the little burrowing seabirds called prions, storm-petrels, and diving petrels. Besides a plenitude of seabirds, Steeple Jason supports a significant population of one very unusual bird: the striated caracara, known locally as a Johnny Rook. The word “striated” refers to the silvery stripes gracing their neck and upper breast and the word “caracara” mimics their spirited calls. Striated caracaras are birds of prey and closely related to falcons, but their behavior reminds me more of supercharged ravens than solitary hunters like peregrines. These long-legged caracaras run quickly on land and soar gracefully on gusty updrafts. Being shy is not in their nature at all.

Charles Darwin called them “tame and mischievous, quarrelsome and passionate”—I like that description. It fits. He also described their strange habit of stealing unusual objects from the ship’s crew– including hats, knives, shirts, a compass “in a red Morocco leather case”, and “a pair of the heavy balls used in catching cattle.” I certainly had a hard time convincing the Johnny Rook perched on my backpack (photo #2) to give up trying to snatch my orange emergency whistle from its carabiner. The eggs, chicks, and adults of the seabird colonies provide a wealth of food for striated caracaras in the warmer months of the breeding season. In the winter, when most of these seabirds are gone (except for the gentoo penguins), they will forage at sea and on carrion along the beaches, and riffle through the seaweed wrack—taking full advantage of the unpredictable offerings of the sea.

Striated caracaras are remarkable birds of prey by any measure. They seem to prefer rocky coasts and nearby open areas in the Falkland Archipelago and larger islands to the south of the Beagle Channel, but they are also found in small numbers in remote coastal areas of Isla Grande de Tierra del Fuego. They are opportunistic, feeding on carrion, primarily dead seabirds and chicks, as well as on arthropods and marine invertebrates. They build nests of grass on a cliff or among grass tussocks, but can sometimes be found in loose colonies. Striated caracaras tend to hang out in groups, walk almost as much as they fly, prefer scavenging to hunting, and seem unusually “conscious” of their surroundings. With their dark, searching eyes, their peculiar fearlessness, and their ability to appear and disappear at the edges of a penguin colony gives them a powerful presence.

I was surprised to watch and photograph a striated caracara digging aggressively in the midst of a gentoo penguin colony, with the birds sitting on their pebble-rimmed nests (with eggs!) and seemingly unthreatened by the dirt propelled skyward by the claw-powered digging machines (photos #5 & #6). I thought at first it was a display of some sort or a distraction intended to force a penguin off its nest, but I eventually realized that they were using their powerful talons and shoving their beaks into the disturbed ground to feed on beetles, crusty gobs of sun-baked penguin excrement and other delectables. All birds of prey have a crop (most other birds too) and it’s part of their digestive tract. It’s basically an expandable muscular pouch in the oesophagus that stores food before it moves through the proventriculus and into the gizzard. In most birds the crop is feathered and less noticeable, but striated caracaras have bare skin crops! So, while I watched, the more they ate the more distended and obvious the crop became (photos #7 & #8). I was also surprised to learn that large, over-wintering groups of Johnny Rooks methodically rip up such large patches of grassland with their claw-powered “tillers” in search of grubs and worms that you can see the divots in the soil from space – they appear as dark ellipses on the northeast corner of the island on Google Earth.

Darwin described the striated caracaras as “ common” when he visited the archipelago in 1833 and 1834. Sheep farming became the focus of the islands’ economy in the late 19th century, and a century of persecution by landowners who saw the birds as a threat to their livestock, combined with the introduction of invasive predators like cats and rats, appears to have reduced their range to a small fraction of its former size. The IUCN Red List estimates the world population of striated caracaras at 1,500 to 2,000 individuals—only twice the estimated population of giant pandas—and notes the urgent need for more research to understand and protect these unique birds of prey, the southernmost raptors in the world. 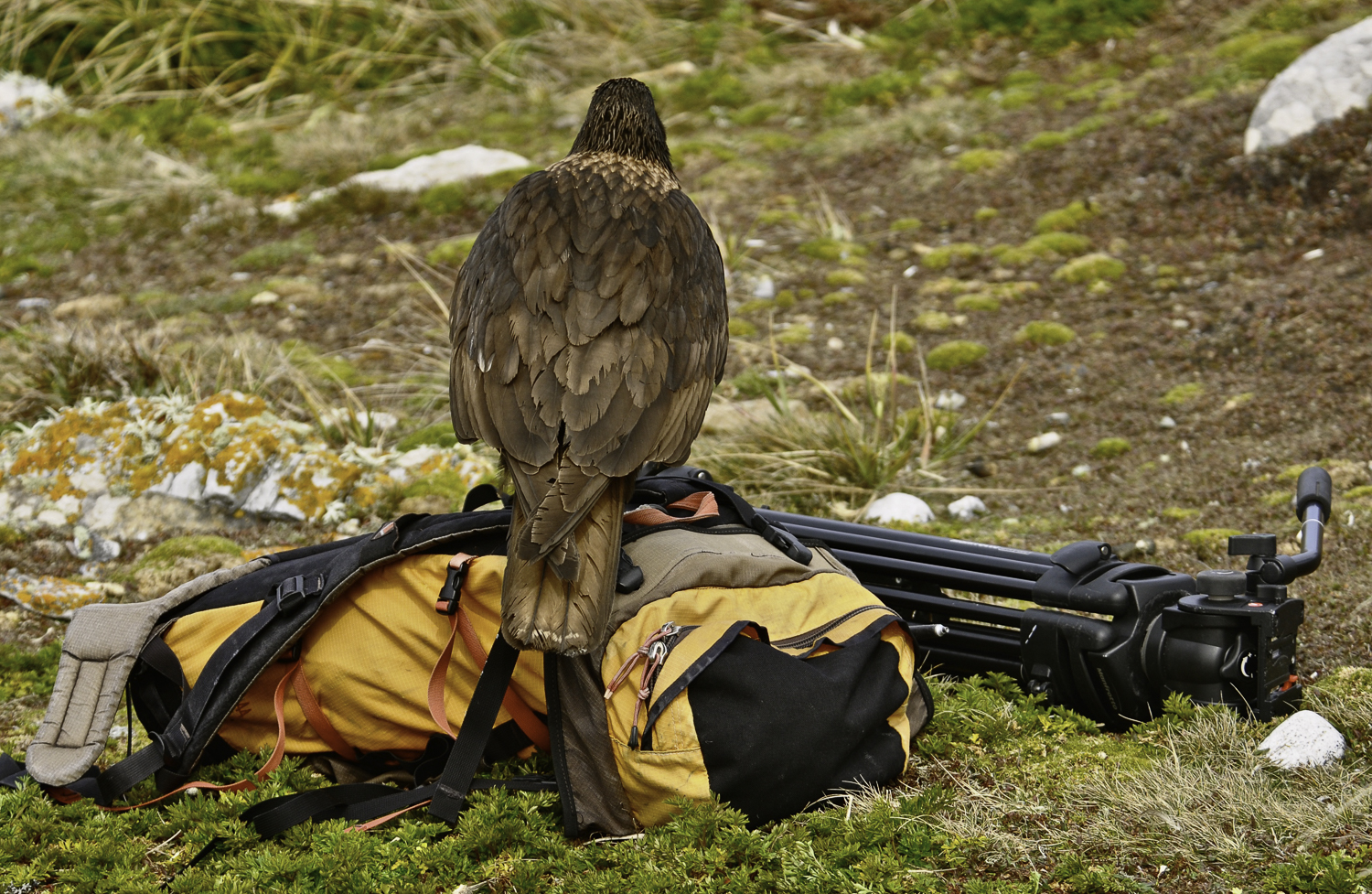 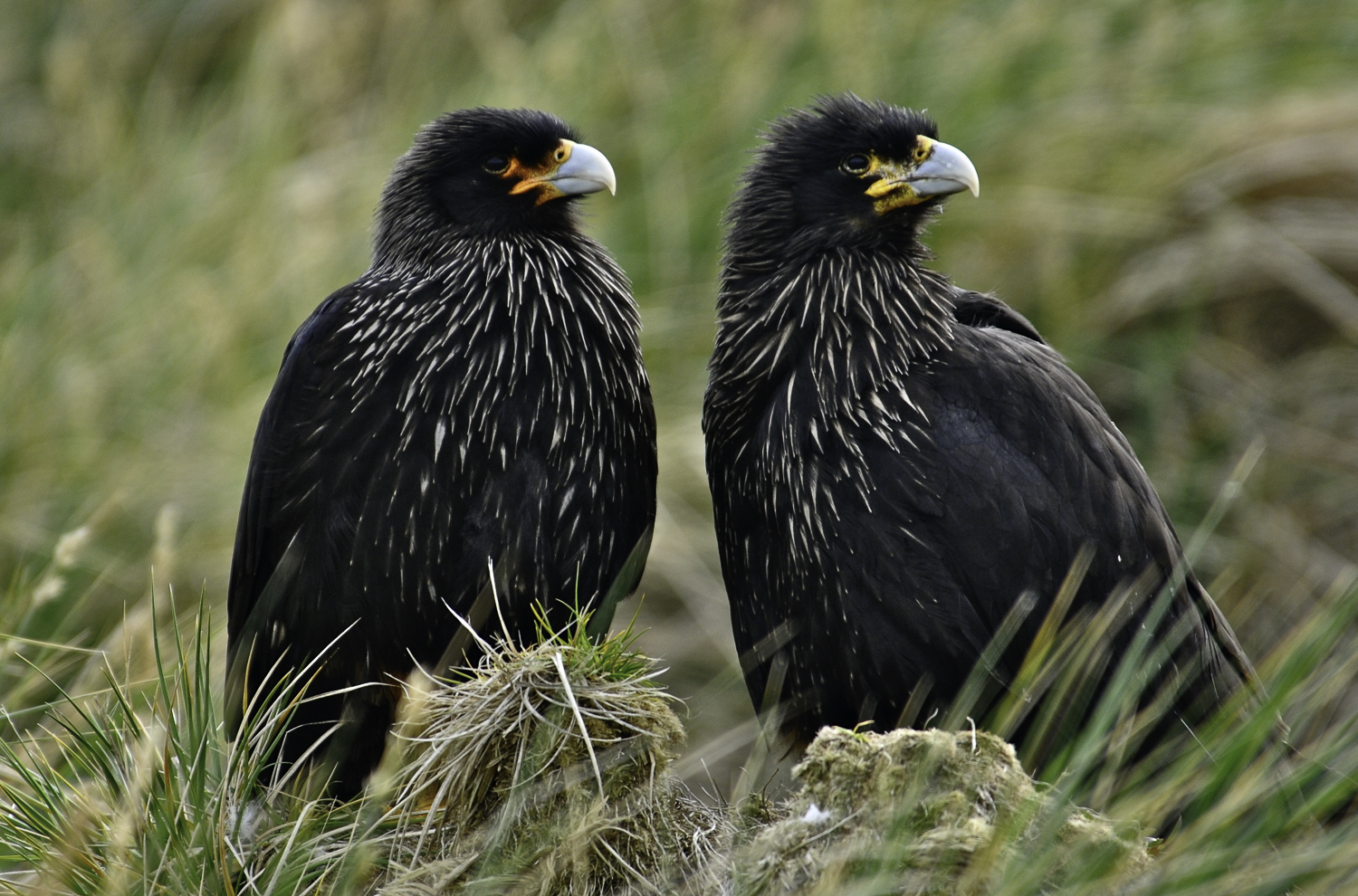 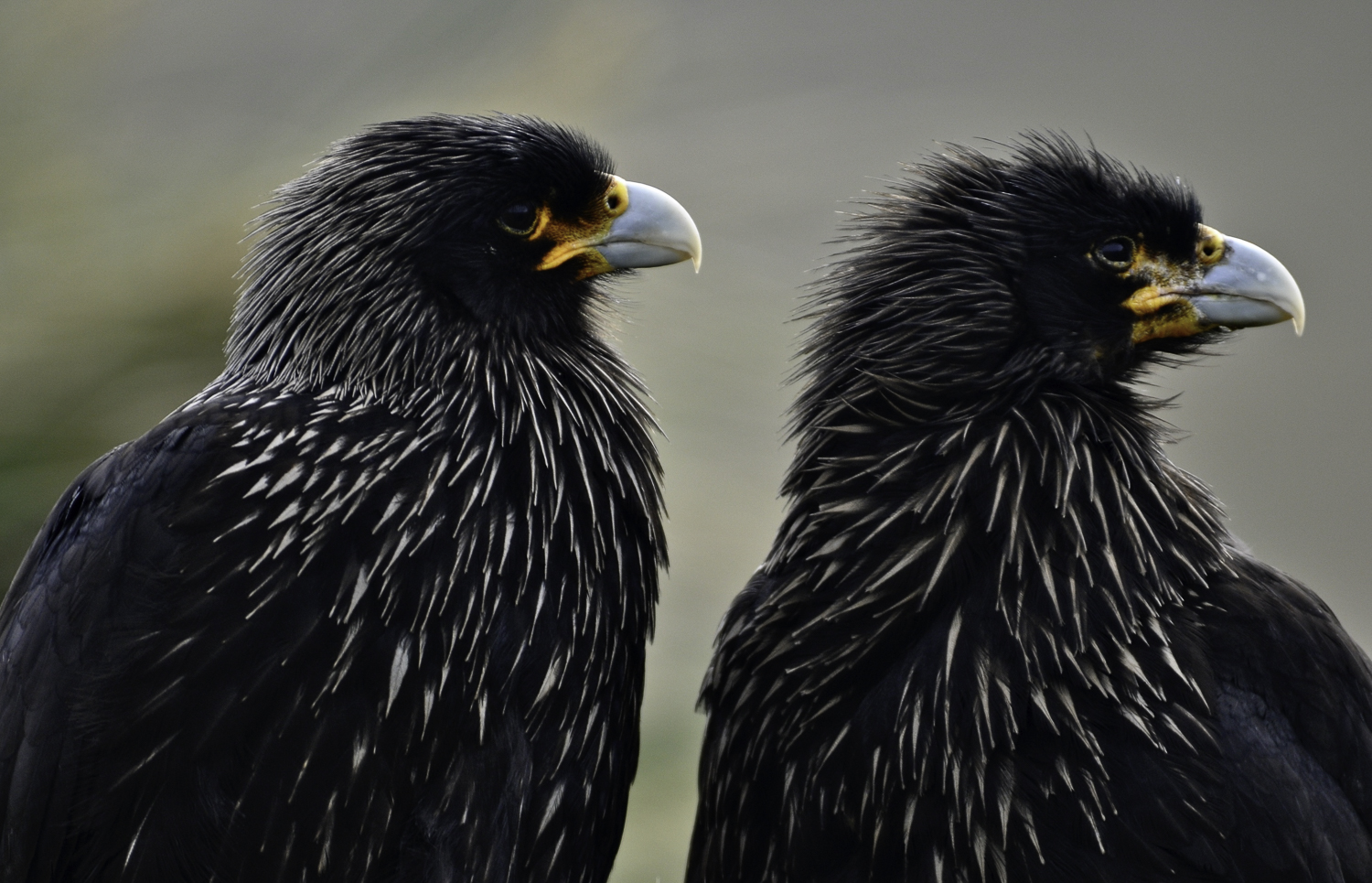 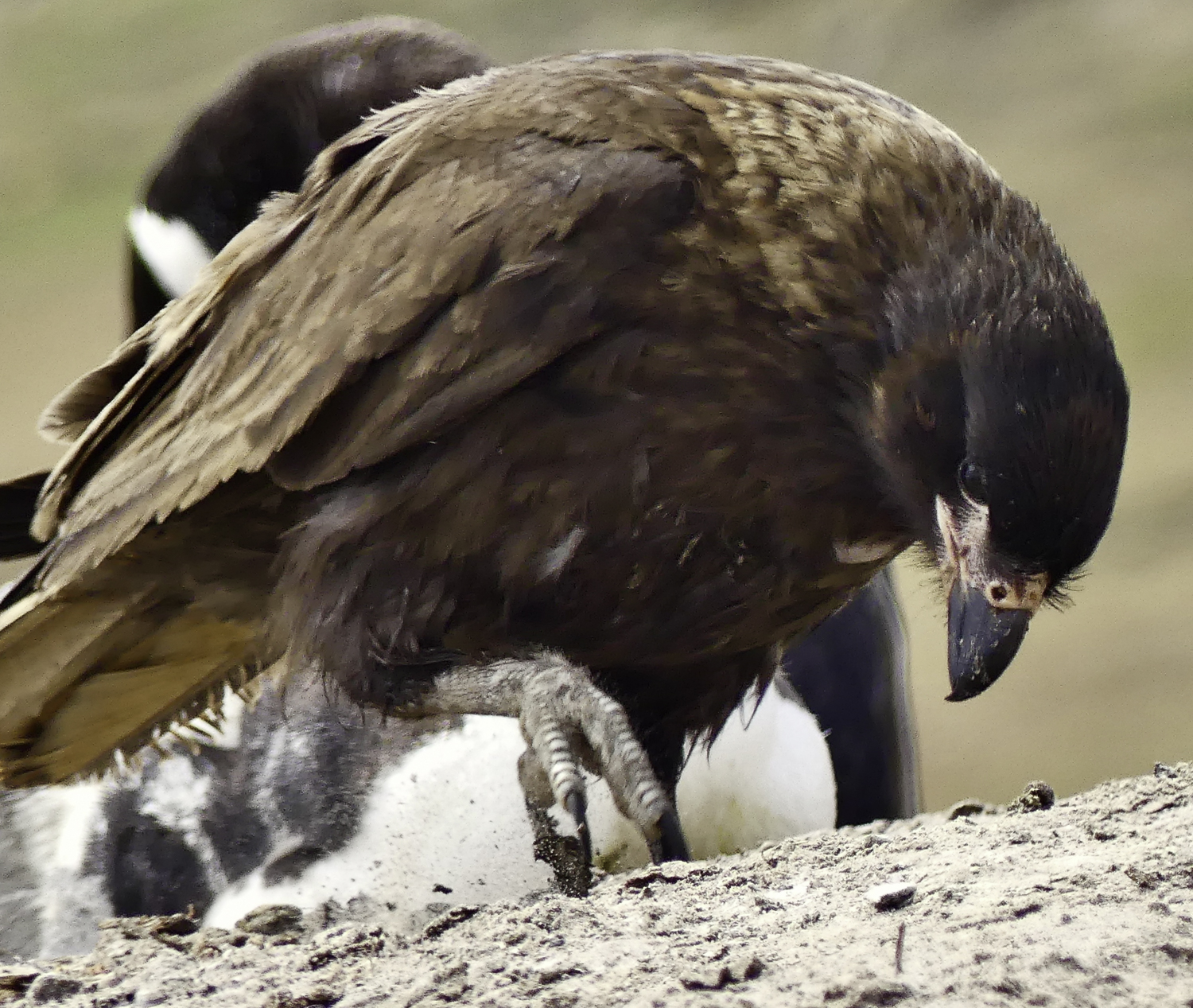 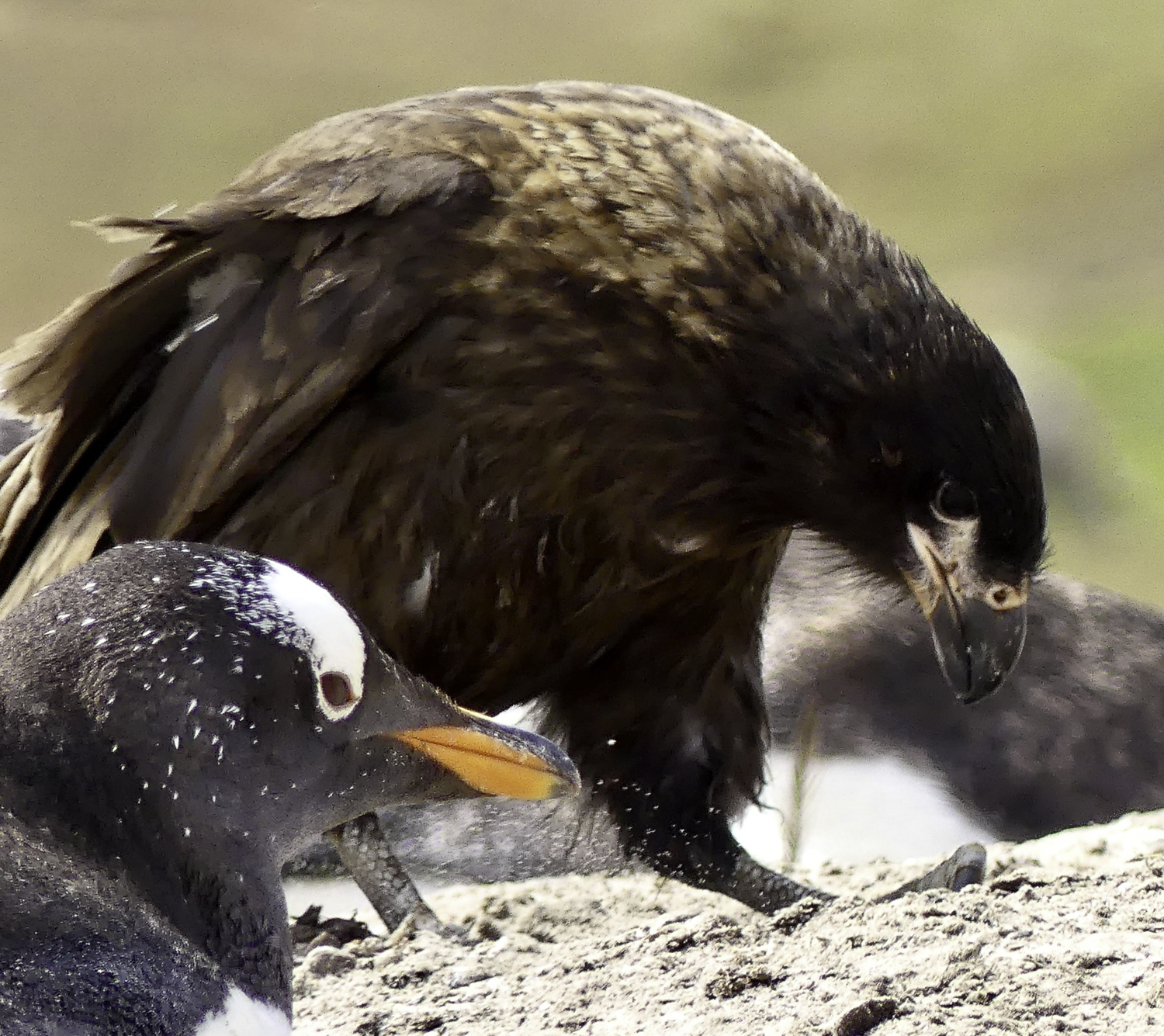 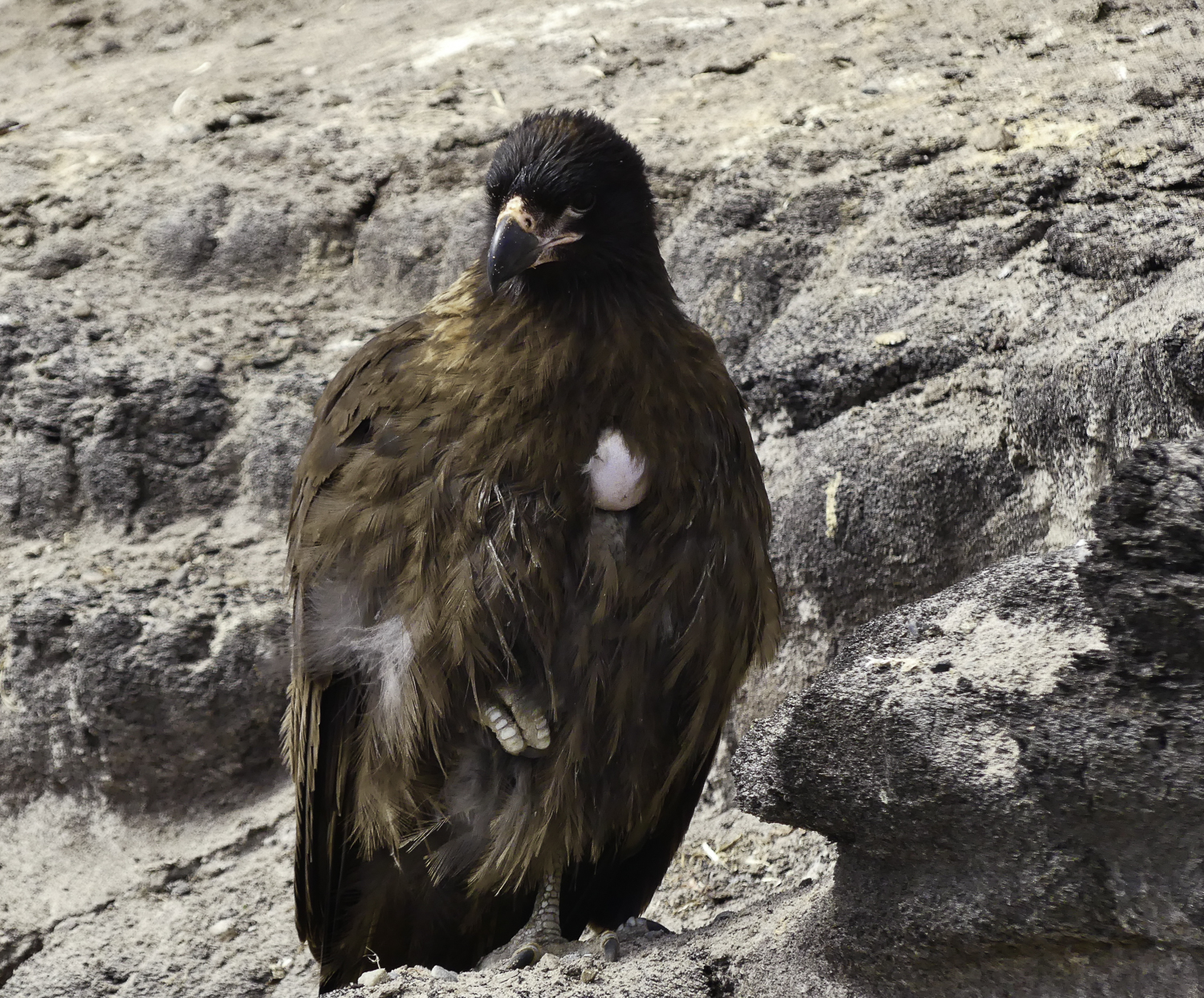 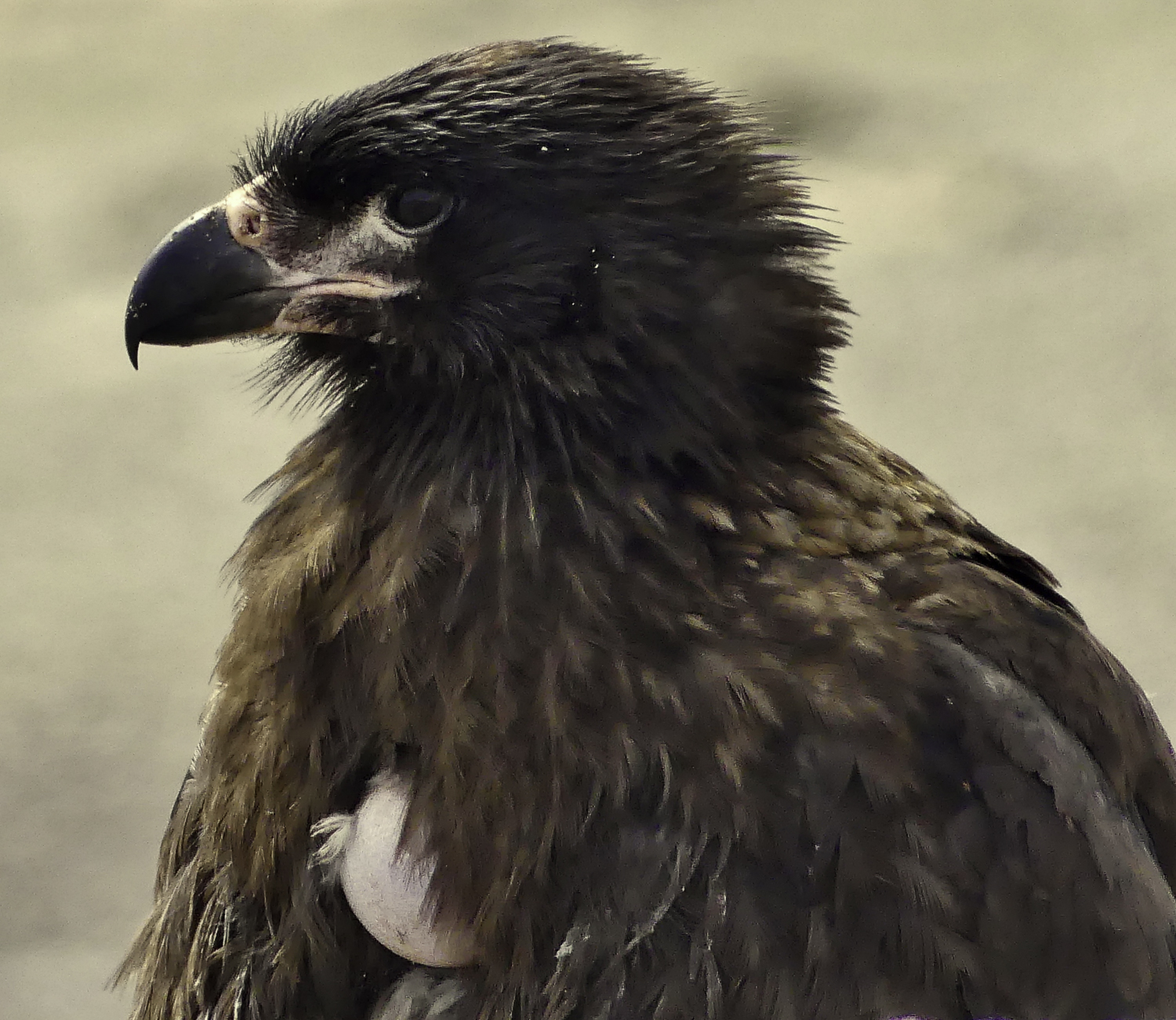