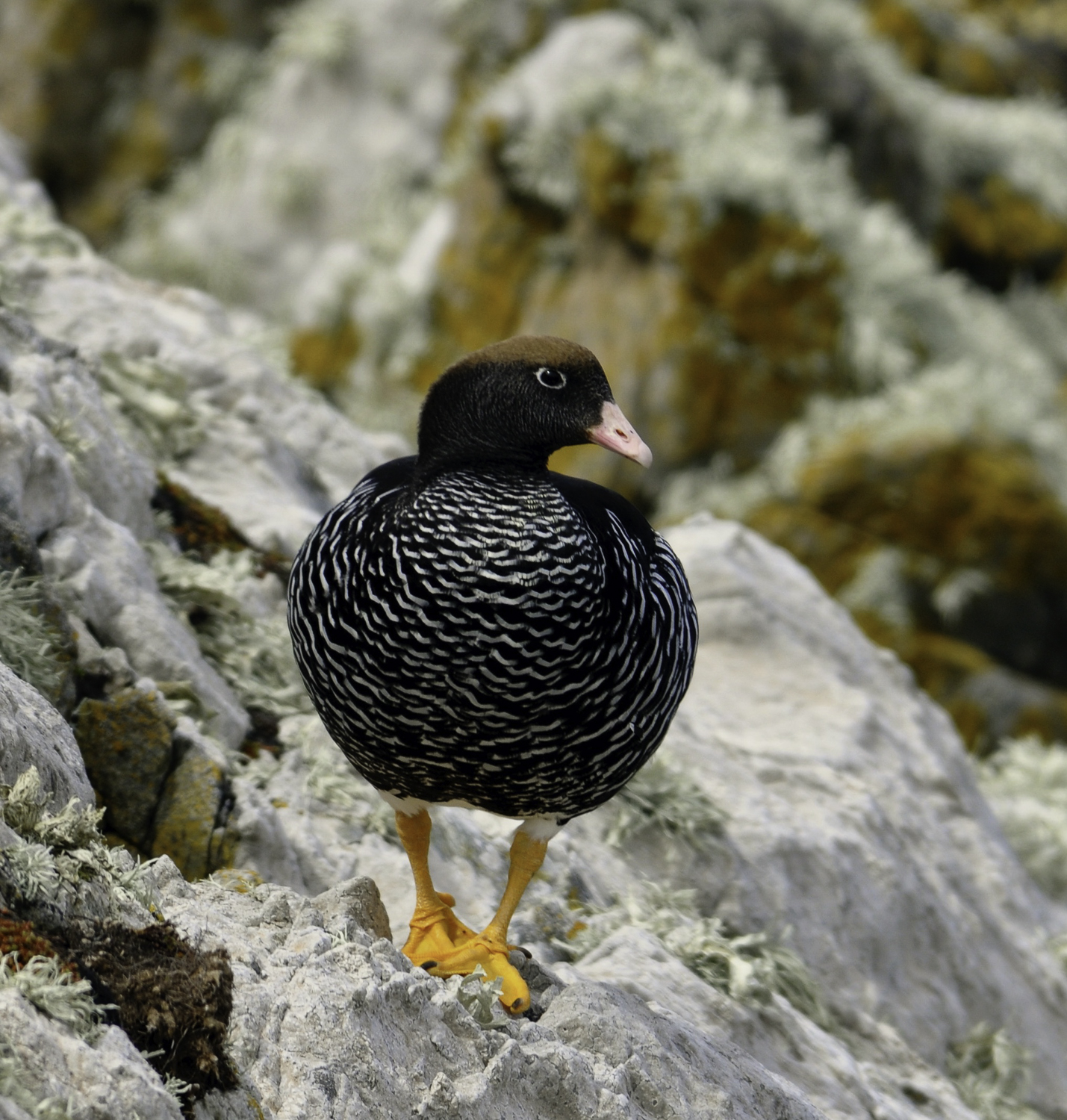 Charles Darwin was impressed by the enormous flocks of waterfowl he saw in the Falklands/Malvinas and wrote in The Voyage of the Beagle, “Two kinds of geese frequent the Falklands. The upland species (Anas Magellanica) is common, in pairs and in small flocks, throughout the islands. They do not migrate, but build on the small outlying islets. This is supposed to be from fear of the foxes: and it is perhaps from the same cause that these birds, though very tame by day, are shy and wild in the dusk of the evening. They live entirely on vegetable matter.” The second species Darwin saw was the handsome kelp goose, which he described this way, “The rock-goose, so-called from living exclusively on the sea-beach (Anas Antartica), is common both here and on the west coast of America, as far north as Chile.”

The “fox” Darwin mentions is the now-extinct Falklands wolf, or warrah, and I will save that fascinating story for a later ePostcard.

There are five types of geese found in the Falklands/Malvinas today: kelp, upland, ruddy-headed, the rare ashy-headed, and the feral domestic goose. Given my fondness for the surf-washed intertidal, you can guess my personal favorite—the kelp goose. Pairs of these beautifully distinctive geese can be spotted at a distance because the all-white male is highly visible against the shoreline rocks. The female (photo #1), in contrast to the male (photo #2), is dark brown above and heavily barred black and white beneath, which makes her almost invisible against dark rocks and seaweeds. There are two subspecies of kelp geese, the “greater” kelp goose (restricted to the Falklands/Malvinas) and the “lesser” kelp goose (mainland southern Chile and Tierra del Fuego). There are about 15,000 pairs of kelp geese nesting along the coastlines of the Falklands/Malvinas.

Kelp geese feed exclusively on plants, foraging primarily on seaweeds such as filamentous algae (Enteromorpha), sea lettuce (Ulva) and leafy algae (Porphyra) in the intertidal zone (see photo #2). On their breeding/nesting grounds, these geese feed on green grasses and berries when available and take advantage of freshwater lakes or ponds for drinking and bathing. The courtship and breeding season begins in the austral spring, starting in October and continues into November. Kelp geese maintain long-term pair-bonds and may remain together for the life of the pair. Pair-bonding displays are often performed in front of non-paired birds, and consist of ritualized postures as seen in photo # 5 (Cindy Walpole).

Kelp geese nest in solitary pairs or loose groups. Nesting sites are situated on low rocky outcrops or on the ground and typically concealed among bushes and tall grass, and the nests are made of grass and lined with downy breast feathers. Egg laying occurs between late October and early November and the female lays 3-7 creamy-white eggs in the well-insulated nest. The female incubates the eggs for about a month, while the male remains in close proximity and protects her. At hatching, the chicks are covered with white down. The chicks leave the nest several days hatching and are able to feed themselves, with the adults leading them to good food sources and protecting them from predators. Fledging occurs in February, about 12-13 weeks after hatching, and the goslings become relatively independent of the parents. They will reach sexual maturity at 2-3 years old. After the breeding season, they gather in large numbers (up to 300) for molting, and are flightless for several weeks. 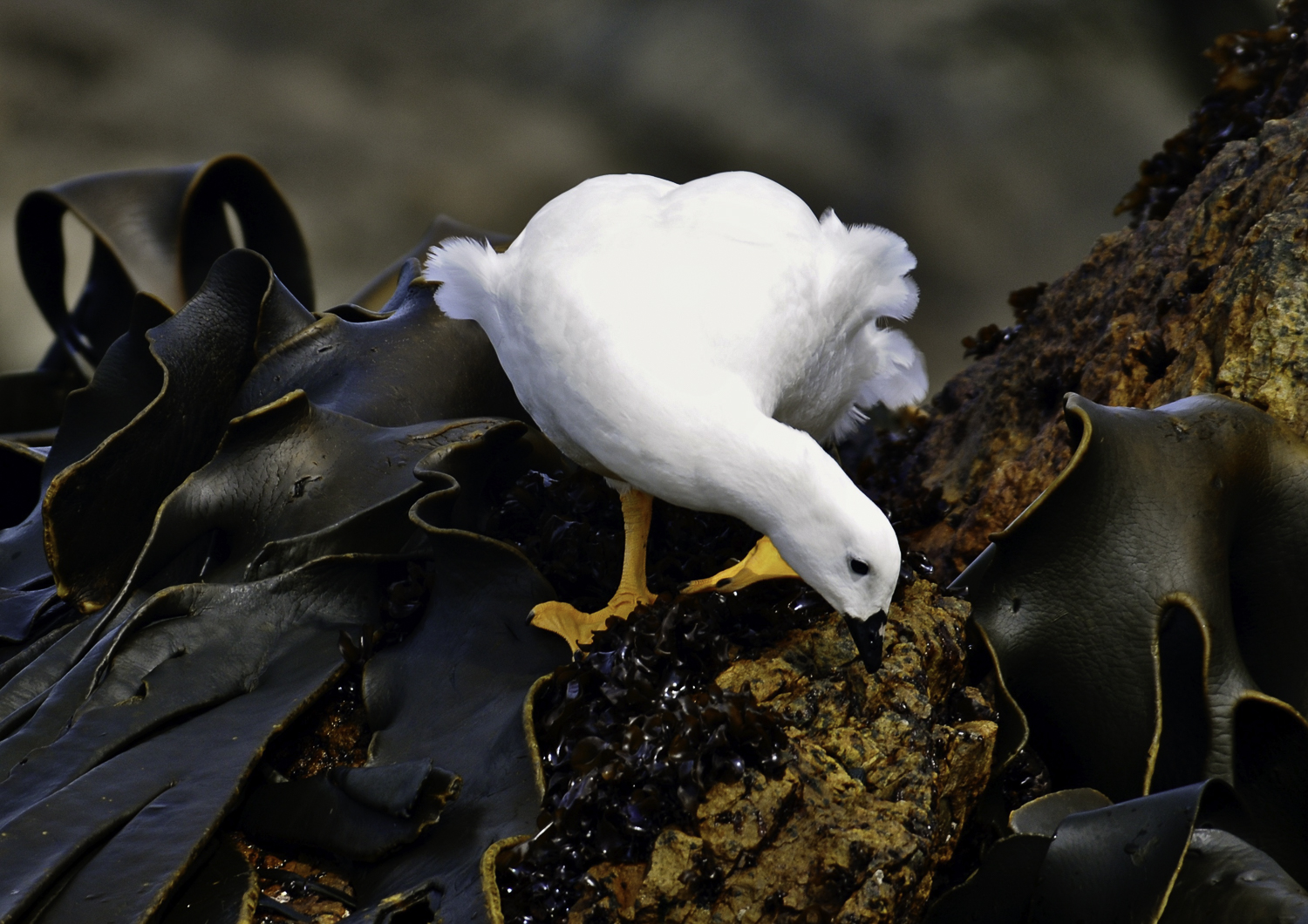 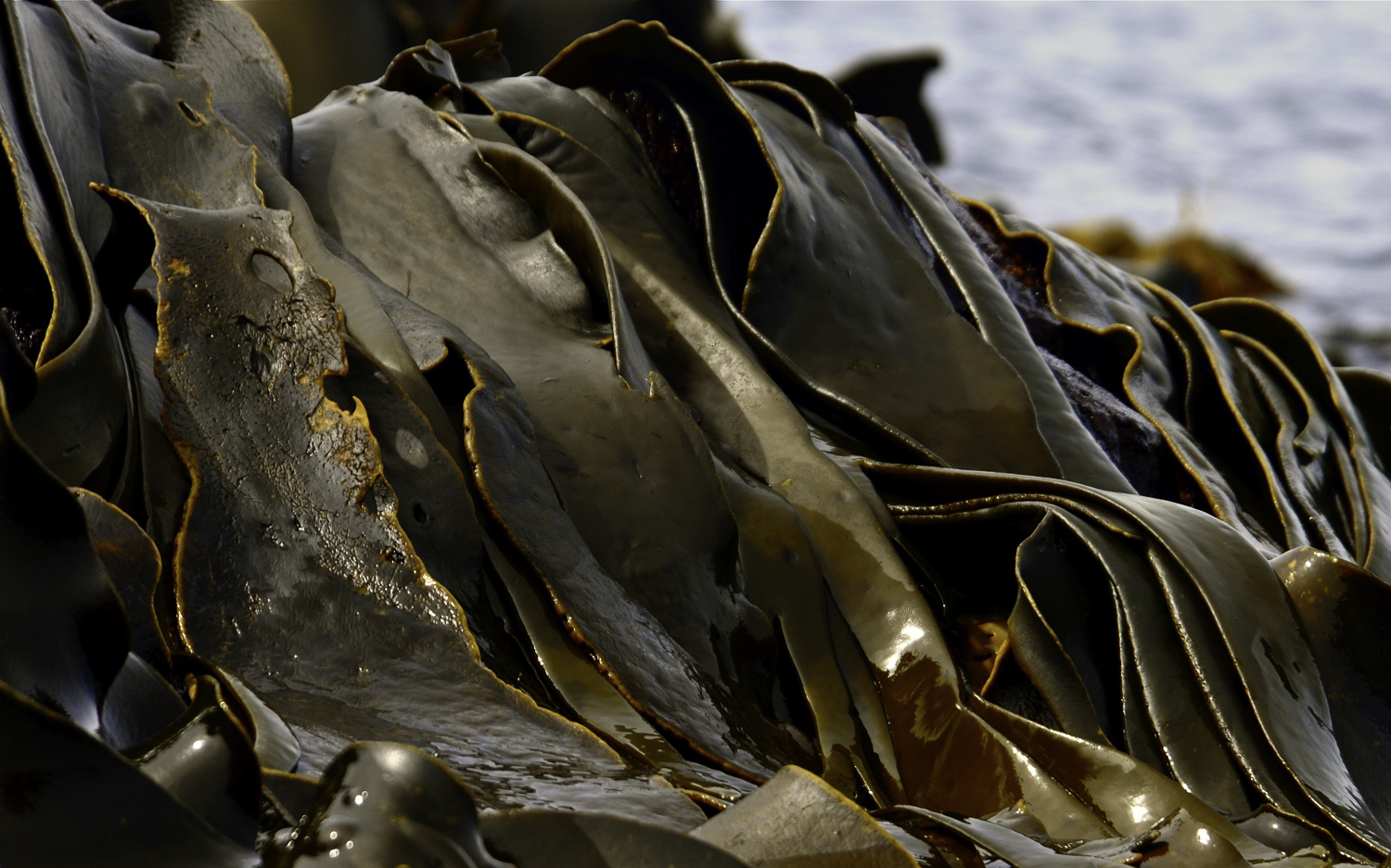 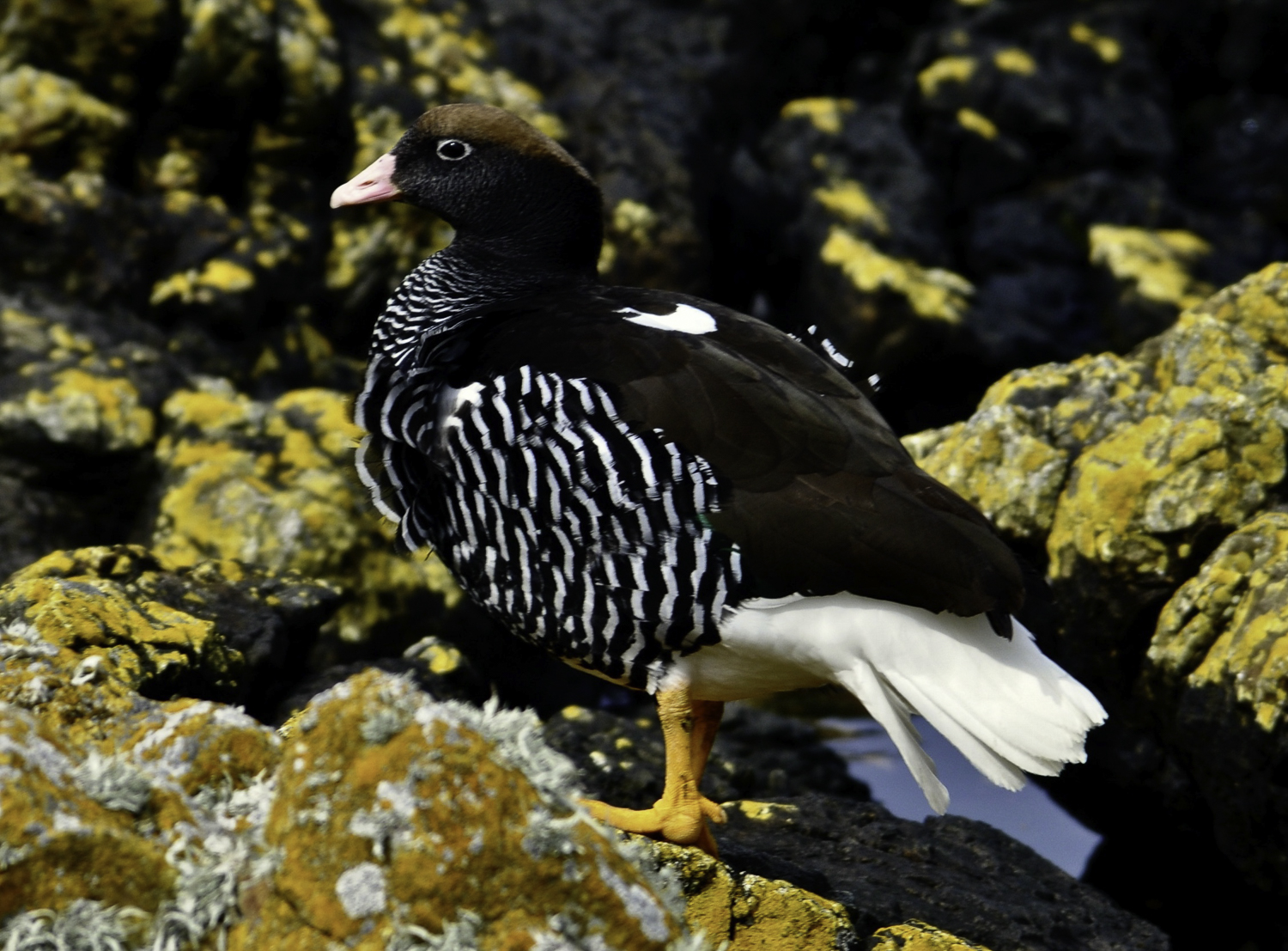 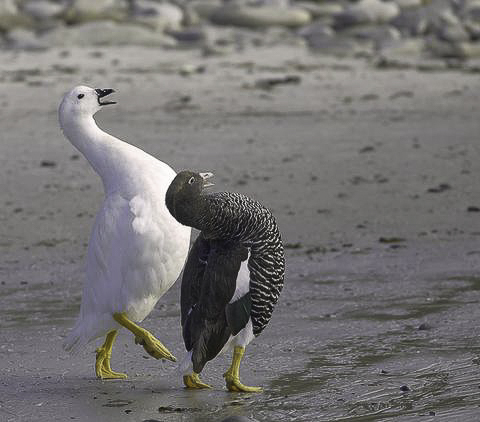 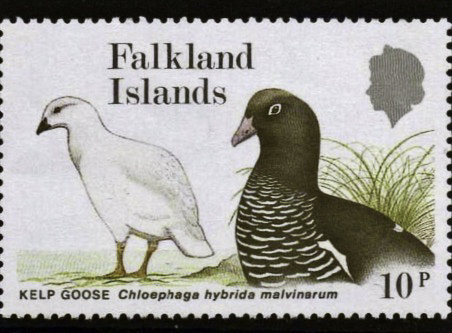