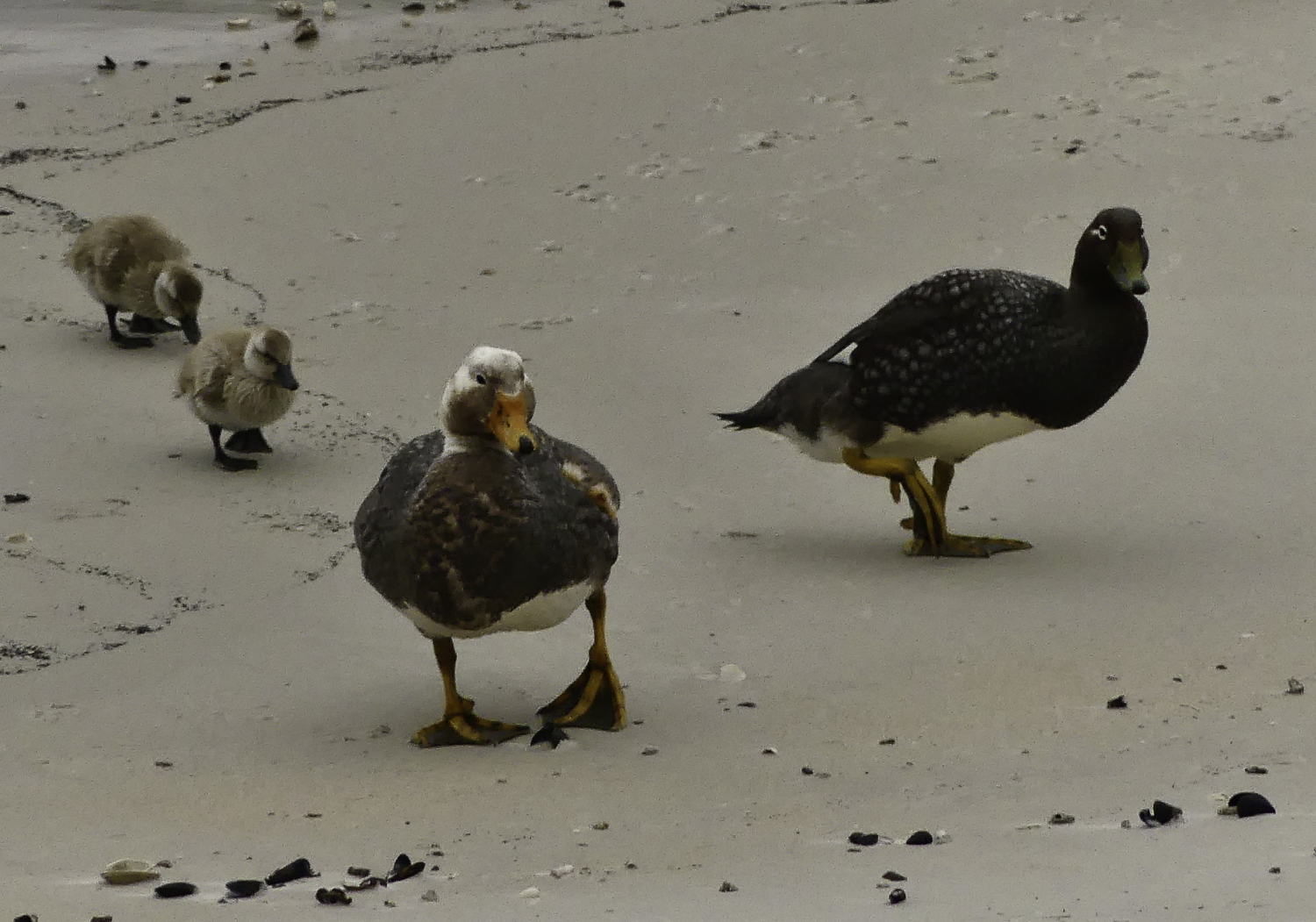 On March 1st 1833, the HMS Beagle dropped anchor in Berkeley Sound and the young naturalist on board gazed for the first time on the shores of the Falkland Islands. Charles Darwin was 24 years old and this was the first of two visits that he would make to the islands. His experiences during the Beagle’s round-the-world voyage changed his life and laid the foundation for his revolutionary work on evolution. The Origin of Species by Means of Natural Selection was explosive stuff and Darwin, mindful of its likely impact and reception by the religious establishment, delayed publication for years – until he was finally forced into action by the intimation of similar views by Alfred Russel Wallace.

En route to the Falklands from Tierra del Fuego, Darwin found the albatrosses particularly impressive because they would alternately dive into the trough of a wave and then swoop back up into the wind, using dynamic soaring to travel effortlessly for countless hours along the ship on their long, narrow wings. And they were always there, no matter how bad the weather or how rough the seas, making it all look so easy—which reminded me of a comment Darwin made in The Voyage of the Beagle: “Whilst the ship laboured heavily, the albatross glided with its expanded wings right up the wind.”

Darwin’s first recorded description of the Falklands was quite lukewarm  “… the land is low and undulating with stony peaks and bare ridges; it is universally covered by a brown wiry grass, which grows on the peat.” He was initially unimpressed by what he saw – “The whole landscape … has an air of extreme desolation” – and after a while confessed to being a little bored: “This is one of the quietest places we have ever been to.” Darwin took a fortuitous walk around the small, isolated settlement at Port Louis and “The whole aspect of the Falkland Islands, were however changed to my eyes from that walk; for I found a rock abounding with shells; and these of the most interesting age”.

Darwin was soon back in his element in describing the behaviors of the new species he was seeing. He noted that there were four different penguin varieties in the Falklands but seems only to have encountered the Magellanic, which he described saying“… this bird is commonly called the jackass penguin, from its habit, whilst on shore, of throwing its head backwards and making a loud strange noise, very like the braying of an ass …”.

The steamer ducks also caught his attention, but were subjected to a rather extreme experiment: “These clumsy logger-headed ducks make such a noise and splashing that the effect is exceedingly curious …The head is so strong that I have scarcely been able to fracture it with my geological hammer.” Heavily built, big-billed and mostly flightless, the steamer ducks of southernmost South America and the Falkland Islands are named for their habit of running across the water with wings thrashing like a paddle-wheel steamboat.

The Falkland steamer duck (genus Tachyeres; dark-colored female and light-colored male shown in photo #1), is flightless and endemic to the islands. These ducks are common and found along coastlines wherever there is shelter from the full force of the South Atlantic Ocean. Of the four species of steamer ducks, three are flightless and one is a capable flyer. The three South American species originated within the last two million years and exhibit different degrees of flight ability. As the name suggests, the flying steamer duck (T. patachonicus) can still fly, and only the heaviest males cannot become airborne. The three South American species, the Fuegian steamer duck, Chubut steamer duck, and Falkland steamer duck, are largely flightless.

The flightless species are believed to have diverged from a flying common ancestor during the Late Pleistocene. The three species that reside in continental South America today form a genetically distinct lineage from the Falkland Island ducks. Falkland steamer ducks apparently diverged from their continental relatives 2.2-0.6 million years ago, coincident with a probable land bridge connecting the Falkland Islands to the mainland. Each genetic lineage represents a different stage between flight and flightlessness. Their phylogenetic relationships suggest multiple losses of flight and/or long-term persistence of mixed-flight capability. Steamer ducks may provide a model system to study the evolution of flightlessness. 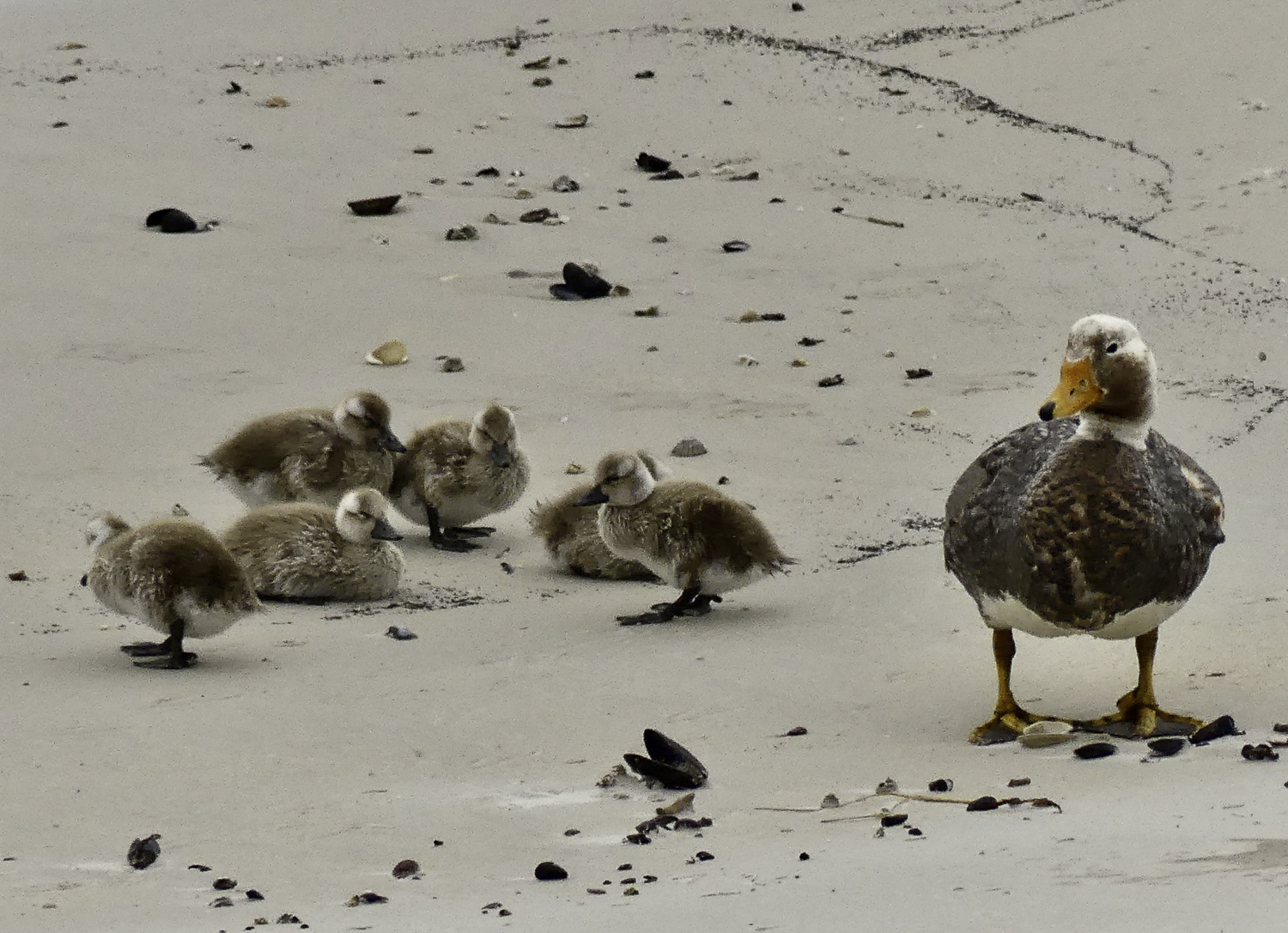 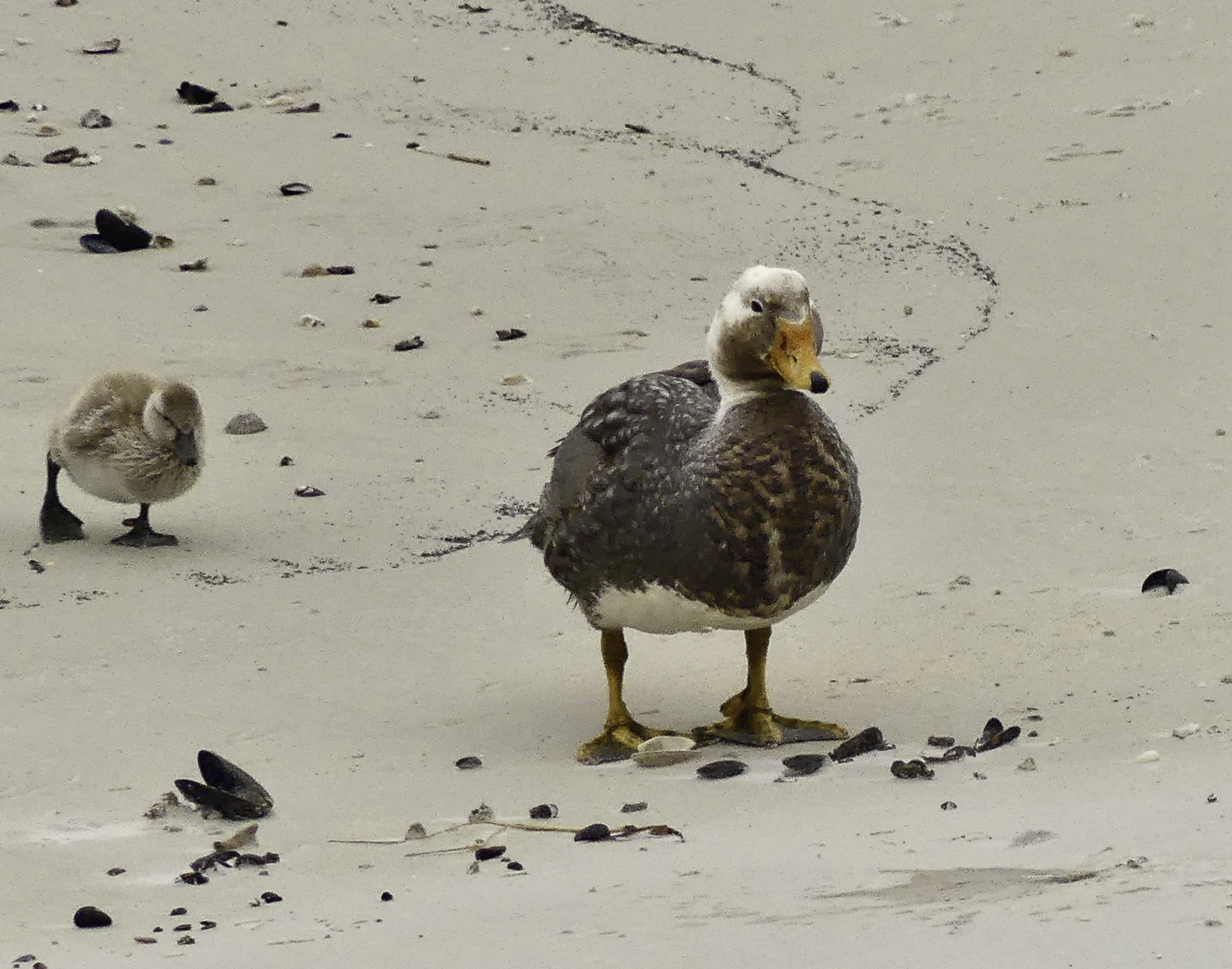 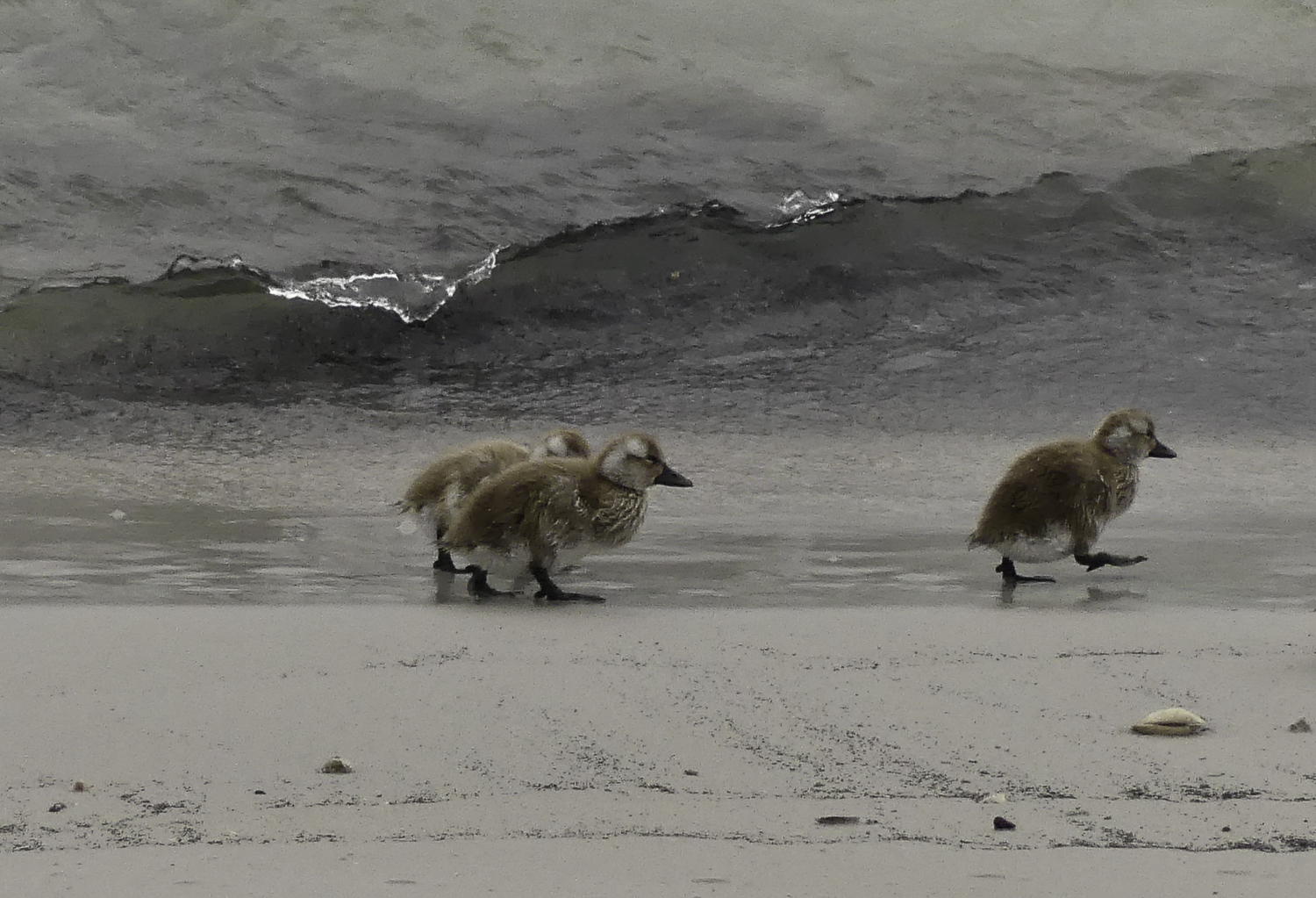