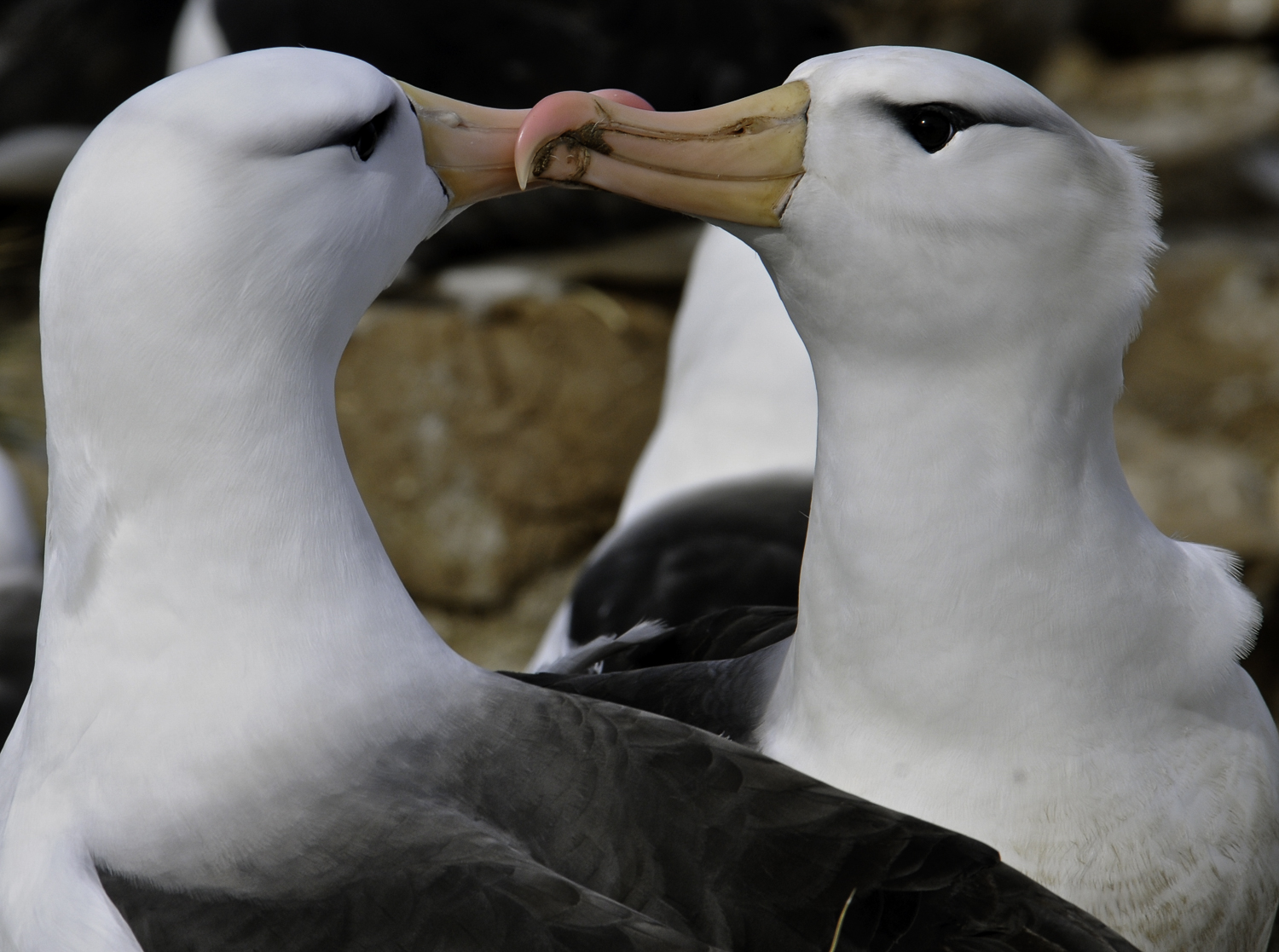 Winging westward, it climbs
each step up to the naked blue:
the entire sky is its tower,
and the world is cleansed by its movement.
—Pablo Neruda, Art of Birds

The exquisite beauty of Steeple Jason Island would be enough on its own, but when you add the world’s largest colony of black-browed albatrosses to the visual equation, you can feel the pulse of the Earth beneath your feet and in your ears. Standing on a slope high above the colony, it is hard to get your mind around the sheer size of the colony—more than 440,000 black-browed browed albatrosses nesting and flying back and forth from the sea to their nesting areas among the rocky cliffs. It is difficult under the best of circumstances to land a Zodiac through the surf at any of the Jason Islands, but in 2009 our expedition leader caught a weather window that gave us an unforgettable day with the albatrosses on this remote island at the outer edge of the Falklands.

I begin our ePostcard series on the Falkland Islands with this visit to Steeple Jason because that day captured the essence of this amazing archipelago. I want you to simply imagine sitting in the sunshine and watching albatrosses lifting into the air with effortless grace—the perfection of wings on the the wind. Before we embark on our daily exploration of the Falklands Archipelago, I want to leave you with two quotes from one of my favorite writers:

“An albatross is a great symphony of flesh, perception, bone, and feathers, composed of long movements and set to ever-changing rhythms of light, wind, and water. The almost overwhelming musicality of an albatross in air derives not just from the bird itself but from the contrapuntal suite of action and inaction from which this creature composes flight. It drifts in the atmosphere at high speed, but itself remains immobile—an immense bird holding stock-still yet shooting through the wind.”

“Beneath the daily overburden, our truer nature is this wandering spirit on expansive wings, hungering for a chance to search new horizons, to hurtle along with the wind, taking chances, taking the world as it comes, making tracks that will endure only in our memory, forming our personal map of life and time.”
—Carl Safina, Eye of the Albatross: Visions of Hope and Survival (2002)

FALKLAND ARCHIPELAGO MAP: The Falkland Archipelago is a group of islands (an archipelago) centered at about 52ºS, 60ºW in the South Atlantic Ocean, approximately 320 miles off the southern coast of Argentina. The archipelago consists of two main islands: East Falkland, which covers about 4,950 square miles and West Falkland, which covers about 3,600 square miles, and roughly 200 smaller islands and islets. Geopolitically, the Falkland Islands are an internally self-governing Overseas Territory of the United Kingdom, although their defense and foreign affairs remain the responsibility of the British Government. Argentina also claims the archipelago and refers to the archipelago as the Islas Malvinas. Serious contention over ownership of the islands has been ongoing since 1770, first between Britain and Spain and later between Britain and Argentina (an ex-colony of Spain), which eventually led to war in 1982. 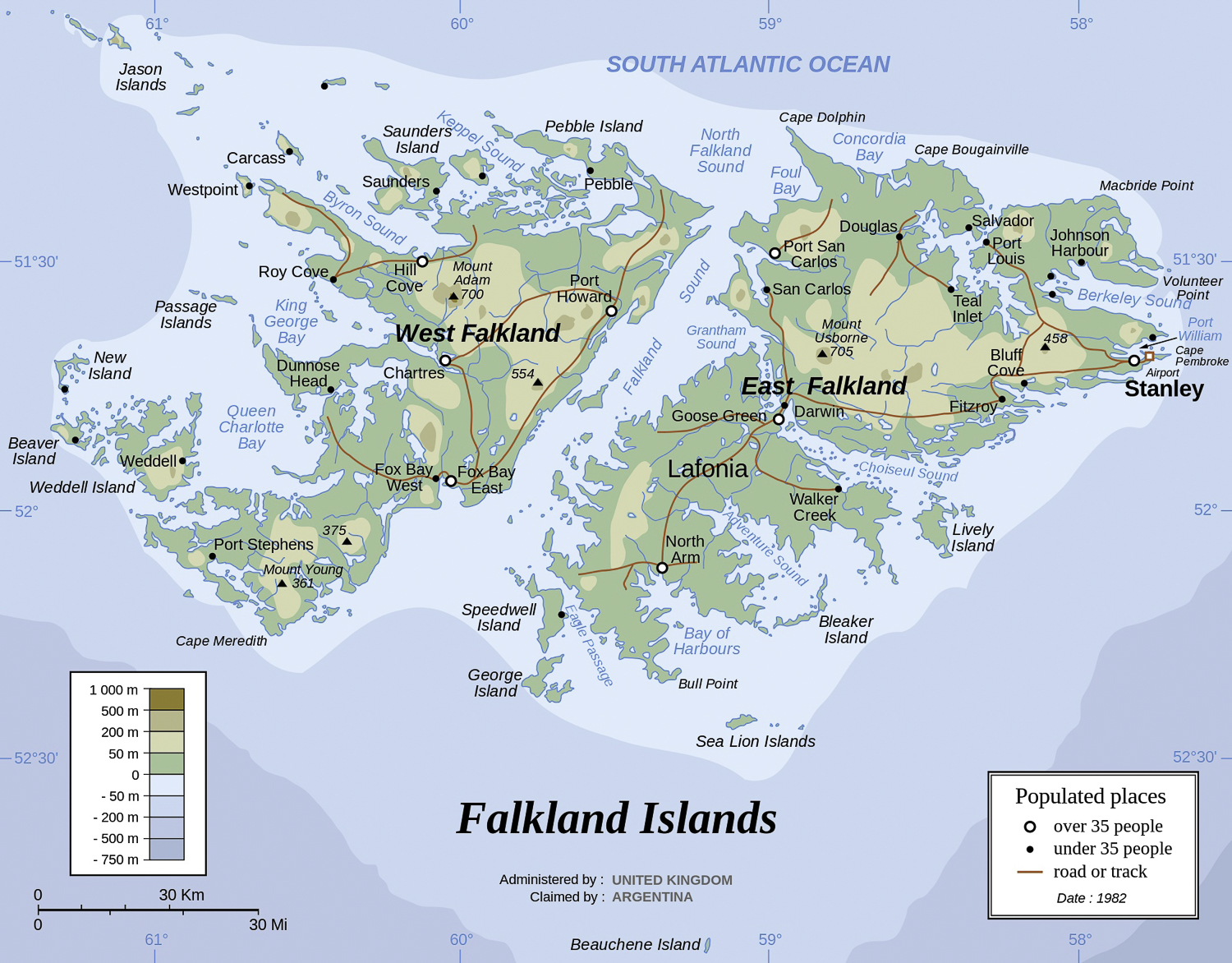 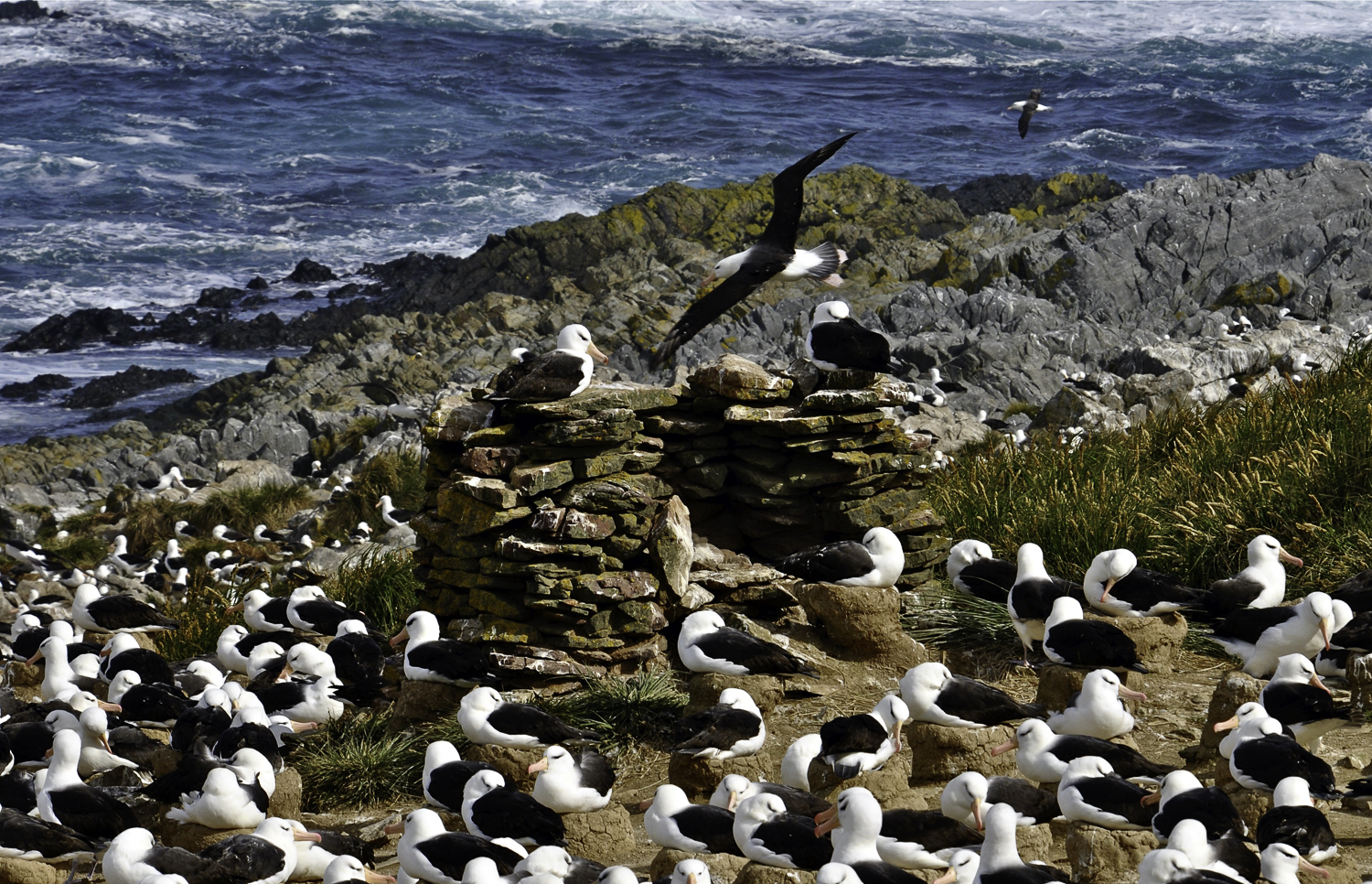 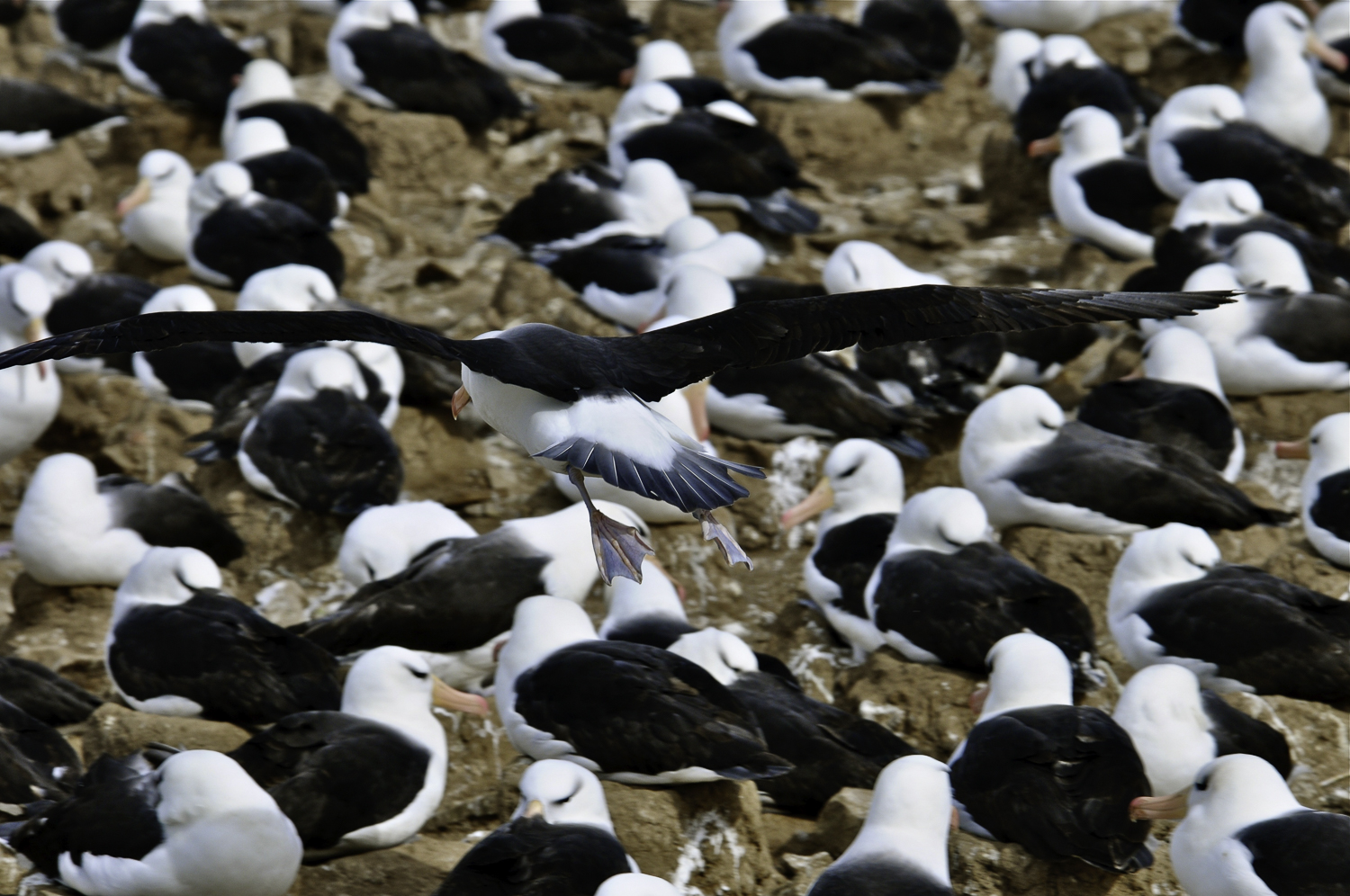 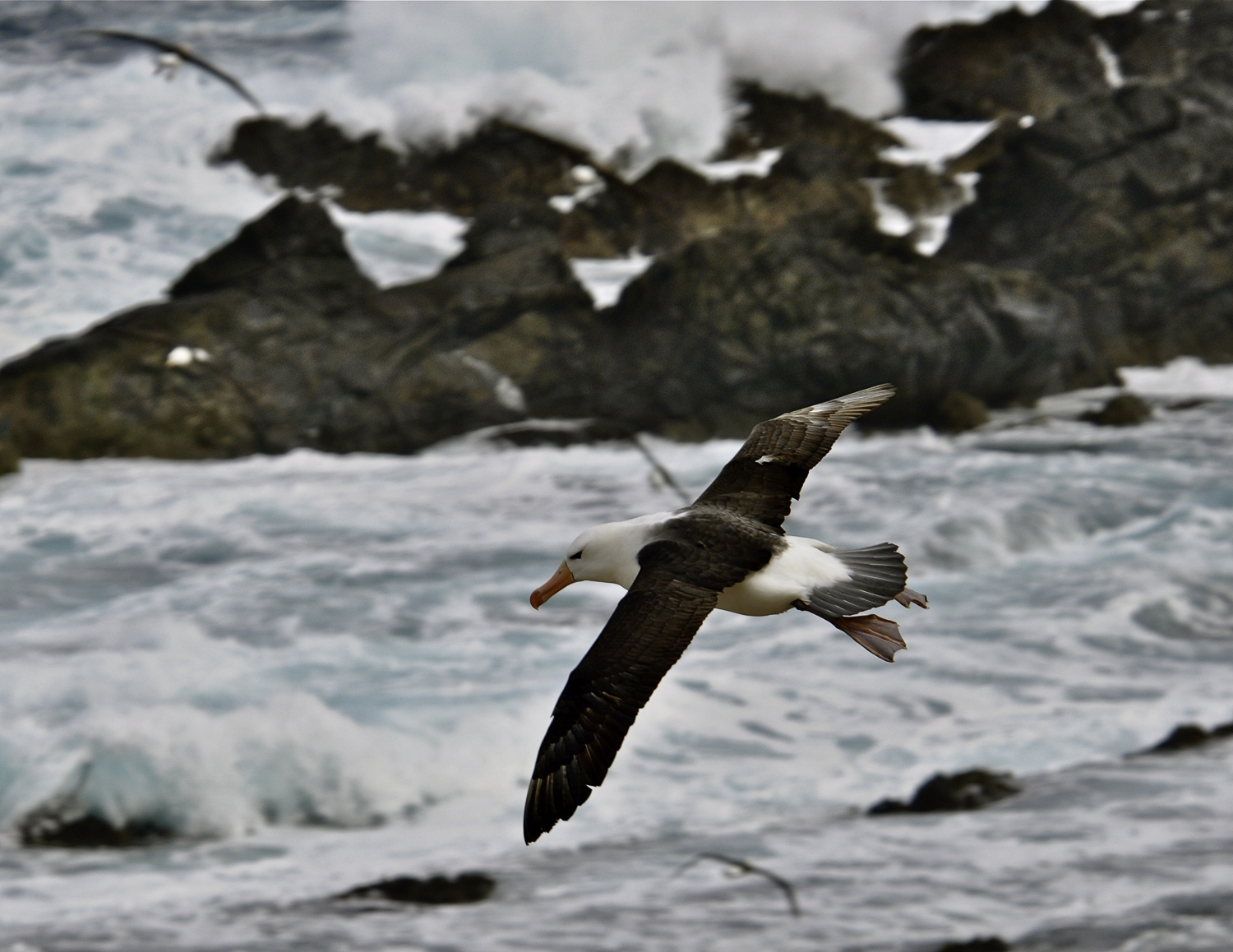