ePostcard #76: Frank Wild and the ‘Boss’ 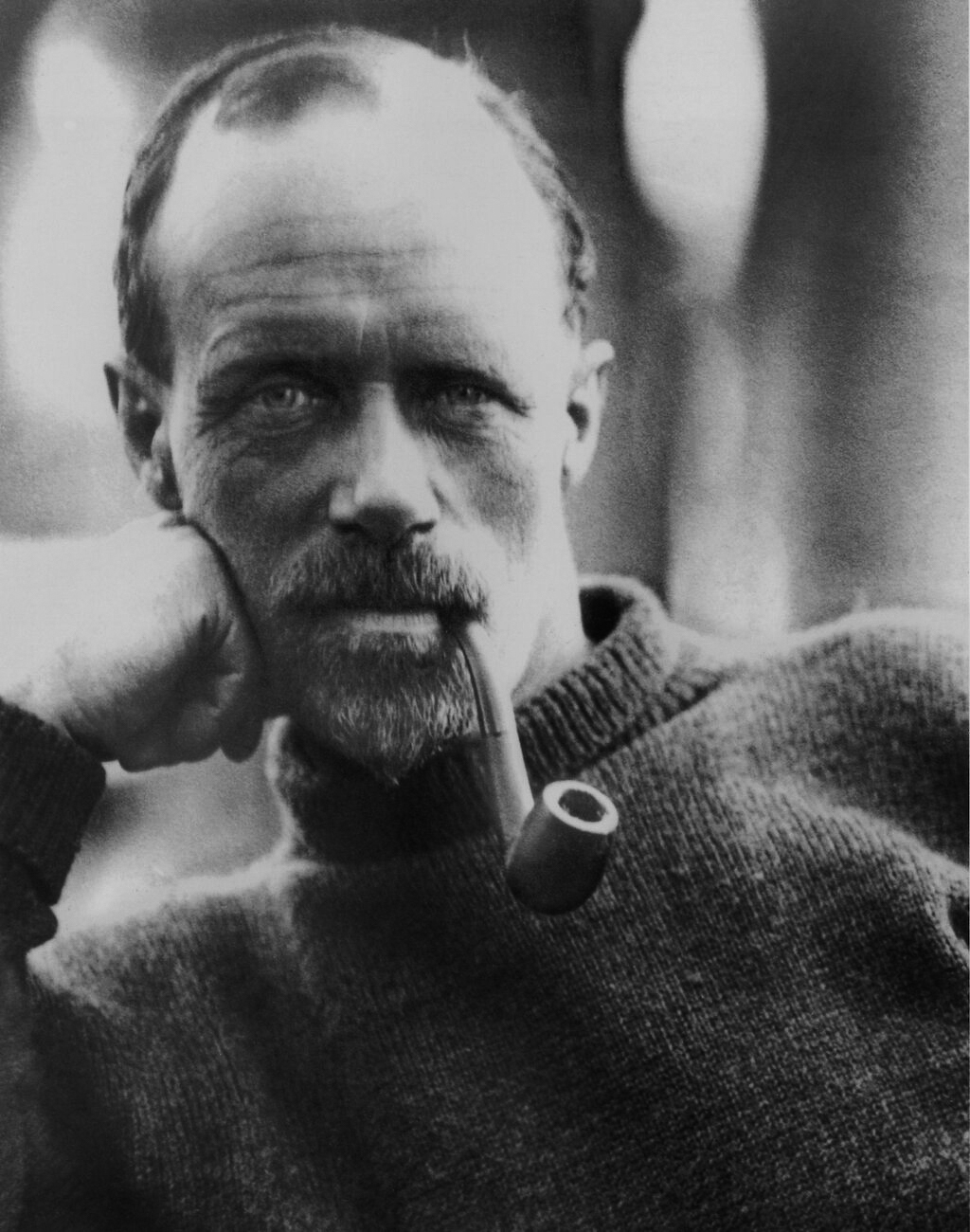 ePostcard #76: Frank Wild and the ‘Boss’

“I must go down to the seas again to the lonely sea and the sky,
And all I ask is a tall ship and a star to steer her by.”
John Masefield “Sea Fever”

In the history of polar exploration few have matched the exploits of Frank Wild. In the early twentieth century, during what is known as the Heroic Age of Antarctic Exploration, the Yorkshireman was the indispensable but quiet right-hand man of Ernest Shackleton. Wild, the son of a teacher and a seamstress from Skelton, North Yorkshire, was on all three expeditions led by Shackleton. It is said that Shackleton never made a decision without consulting Wild. He first went to the Antarctic as an able seaman on the 1901-1904 Discovery expedition, led by Captain Robert Falcon Scott, who was later to die near the South Pole in 1912. Shackleton was also with Wild on the Discovery expedition, as a sub-lieutenant. In 1908–1909, Wild was a member of Shackleton’s Nimrod Expedition and was a member of the team that crossed the Ross Barrier and Beardmore Glacier at a record latitude of 88º23’S. In 1911, he joined Douglas Mawson’s Aurora expedition and was in charge of the western base on the Shackleton Ice Shelf. From 1914 to 1916, he served as Shackleton’s second-in-command on the Imperial Trans-Antarctic Expedition.

Wild’s finest achievement came in 1916 after their ship, the Endurance, became trapped in the ice before breaking up and sinking. Shackleton left Wild in command of the 21 men on Elephant Island, while he and five stalwarts made the epic 800-mile journey in an open boat to South Georgia to get help in mounting a rescue effort. From April to August 1916, Wild and his men waited on the island, surviving on desperately meagre rations of seaweed, seal and penguin meat—and sheer will!. When Shackleton was finally able to rescue his men on Elephant Island with the Chilean steam-powered tug Yelcho, Wild recalled, “I felt jolly near blubbing.” Against all odds, Frank Wild had been able to keep all the men under his command alive as they awaited rescue by the ‘Boss.’

During World War I, Wild became the Royal Navy’s transport officer at Archangel, close to the Arctic Circle, during the Allied Intervention in Russia after the 1917 revolution. In 1921, after Wild had finally settled down on a farm in South Africa, he and several other Endurance crew members responded to Shackleton’s invitation to sail south again, with Wild serving as second-in-command of the Shackleton-Rowett Expedition aboard the Quest. After Shackleton’s death in South Georgia from a heart attack while aboard the Quest, Wild assumed command of the expedition and did a masterful job in Shackleton’s honor.

Wild’s final tally of five Antarctic expeditions earned him the Polar Medal with four bars, one of only two men to be so honored in history. Wild was awarded the CBE in the New Years Honor List of 1920 and in May 1923 he was made a Freeman of the City of London. He was also the recipient of a number of awards for his contributions to exploration and for advancing geography, receiving the Royal Geographic Society’s Back Award in 1916 and the Society’s Patron’s Medal in 1924. Cape Wild and Point Wild on Elephant Island in the Antarctic are named after him, as is Mount Wild in the Queen Alexandra Range and Mount Wild in Graham Land.

Frank Wild ultimately returned to southern Africa to live. But like his beloved friend Shackleton, his passion and spirit remained that of an explorer and the rigors of an expeditionary life had taken a profound toll on his health. Wild died in August of 1939 at the age of 66 (from complications of pneumonia and diabetes), in the small mining town of Klerksdorp near Johannesburg in. Wild’s devotion to ‘the boss’ was well-known and he had written that Shackleton’s grave site was “an ideal resting place”. His widow made plans to transport his ashes to South Georgia after the cremation in Johannesburg. Shortly thereafter, World War II broke out and those plans were abandoned. The location of Wild’s ashes were unknown and finally discovered nearly 72 years later in the vault of Braamfontein Cemetery, Johannesburg, by the South African writer Angie Butler, while researching her book, The Quest For Frank Wild (published in 2011).

While Shackleton’s life has been celebrated in book and film, Frank Wild was largely forgotten. Thanks to the efforts of Angie Butler, Wild’s family and Shackleton’s granddaughter Alexandra, Wild’s dying wish to be buried beside his “boss” on South Georgia was finally realized. The inscription on his gravestone, which lies to the right of Shackleton and is carved into rough-hewn granite, says simply: “Frank Wild 1873-1939, Shackleton’s right-hand man.” On our 2018 trip to South Georgia, I had the profound joy of seeing and feeling the presence of these two men reunited at last in the place they loved.

Ernest Shackleton spoke of Frank Wild, his friend and fellow explorer in this way: “He is my other self. I love him like a brother.” 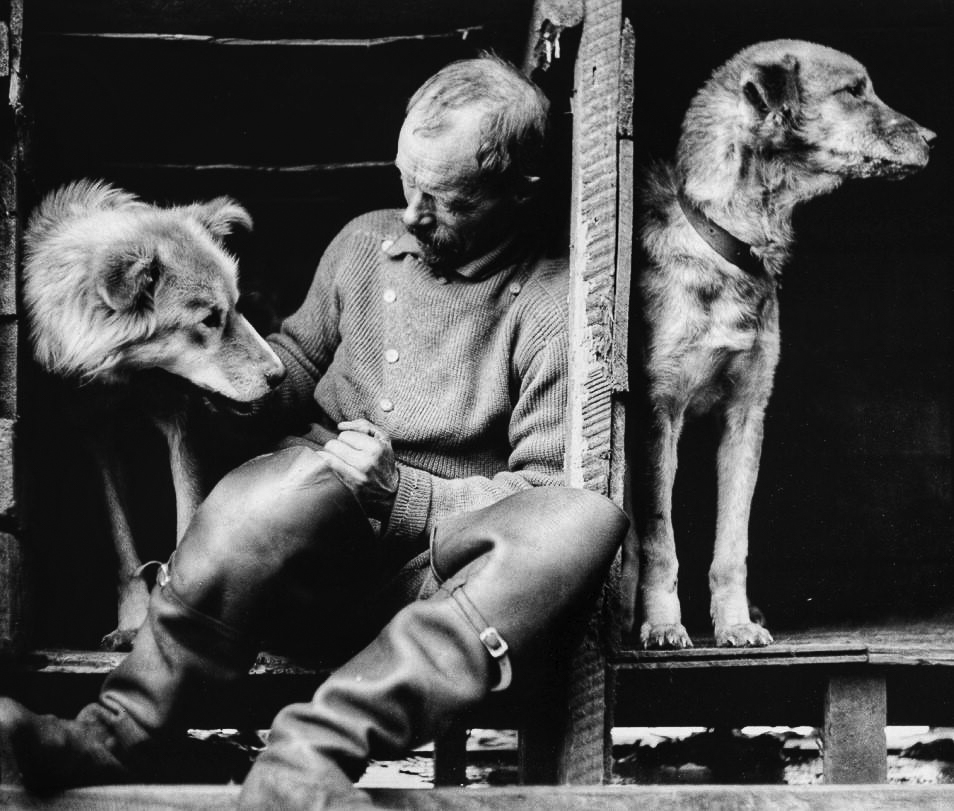 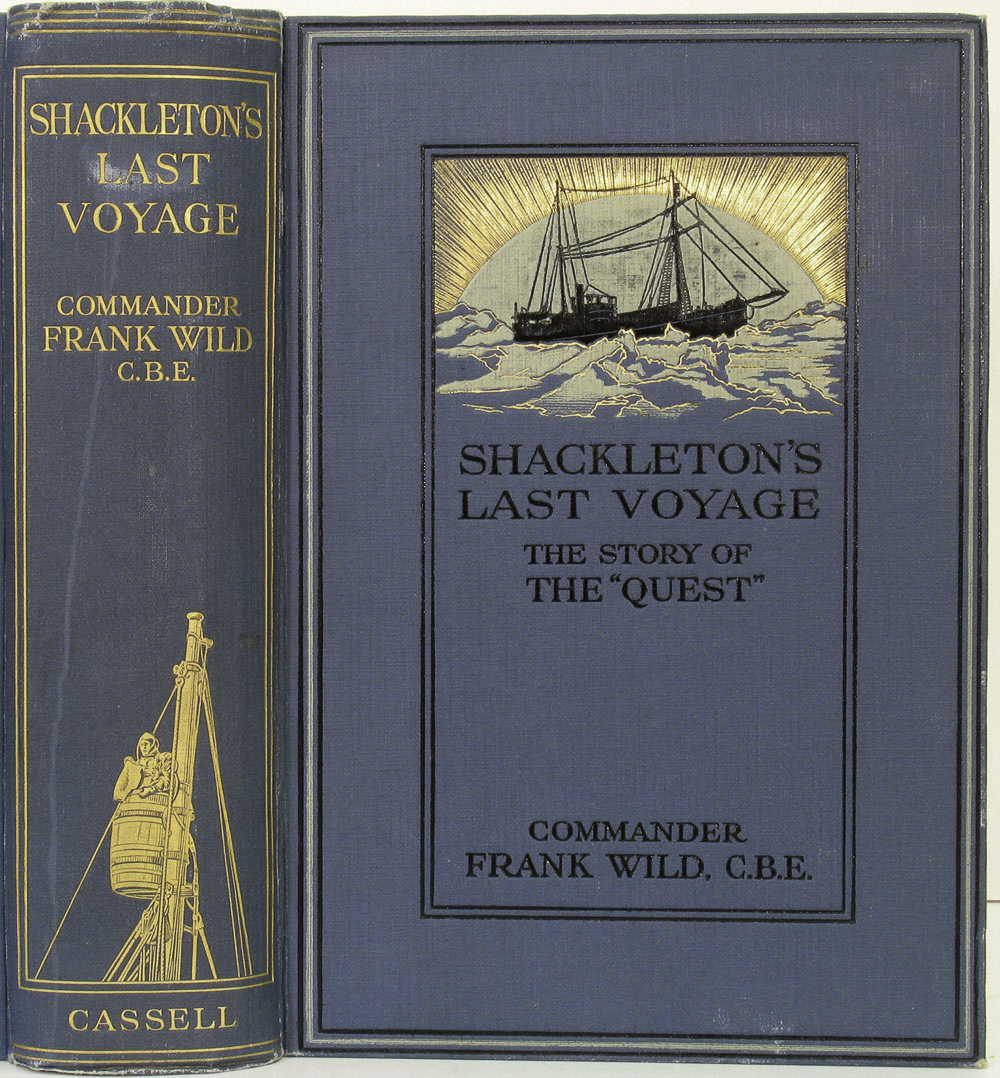 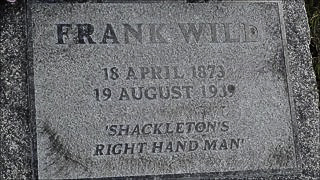 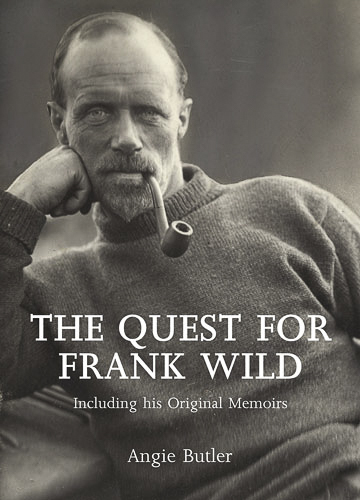