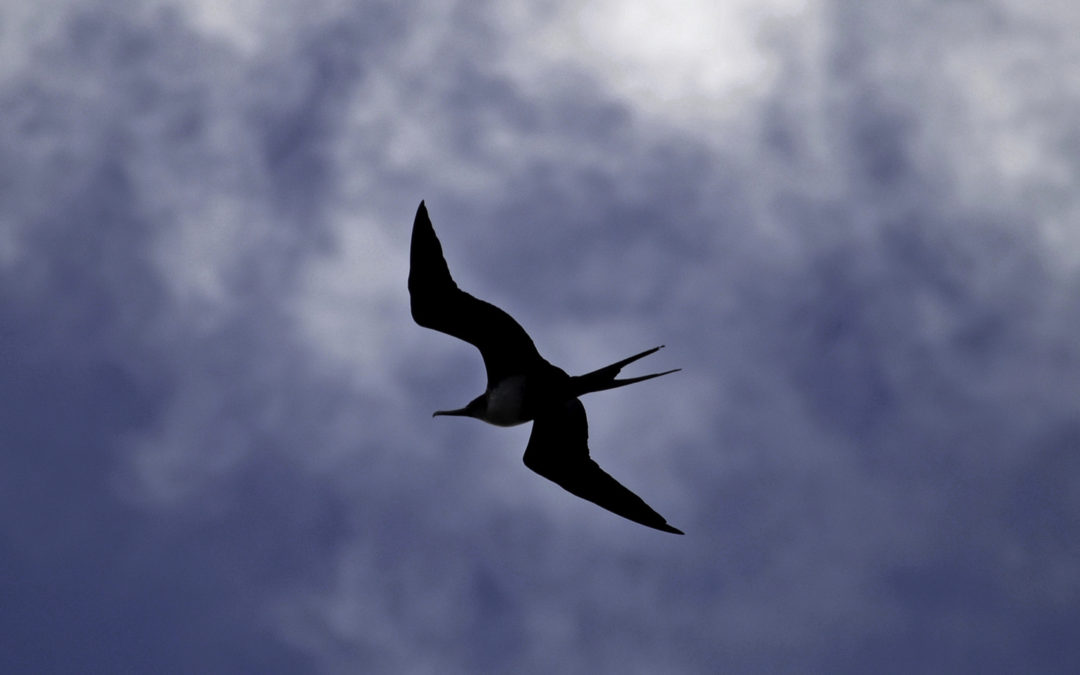 Throughout Oceania, seabirds were seen as omens, messengers, mythical explorers, spirits of the gods, the dead, as well as a source of food. My silhouetted photo of a soaring great frigatebird, taken shortly after visiting the rock art site at Orongo, attempts to portray the transcendent power that these elegant seabirds must have symbolized to the landlocked Rapanuians. The island’s volcanic rock, with its extraordinary range of colors and textures, would have provided an amazingly “interactive canvas” for a rock artist. On Rapa Nui, petroglyphs and pictographs are located wherever there are suitable rock surfaces. Favored locations are lava flows (called papa in Rapanui) or smooth basalt boulders. Most of these surfaces occur along coastal areas and are often associated with major ceremonial centers. Important ahu have, as part of their structure, elegantly carved basalt stones (pa‘enga) with petroglyphs on them. Paintings survive in caves or in some of the stone houses at Orongo where they are protected from the weather.

Interpreting rock art symbology is always difficult because we are inferring meanings to designs and representations that we have no direct cultural experience with. Some of Rapa Nui’s rock art appears to denote specific clans or clan status, an important deity, a symbolic rendering of an ancient myth or, in some cases, may simply identify the location of special rites and ceremonies. Aside from the monolithic moai statues of the post-settlement period, the birdman rock art best represents the later stages of Rapanuia cultural traditions. This distinctive motif, with its huge eye and bird beak combined with a crouching human figure in profile, dominates the petroglyph site at Orongo. Over 480 birdman petroglyphs and pictographs (such as the two shown below) have been found on the island, mostly around Orongo.

The birdman cult festivities were held high above the Orongo community center, along a dangerously narrow ridge with a 1,000-foot drop into the ocean on one side and the precipitous wall of a deep crater on the other. Considered the sacred spot of Orongo, Mata Ngarau was the location where birdman priests prayed and chanted for a successful egg hunt. The purpose of the birdman contest was to obtain the first sooty tern egg of the season from the offshore islet Motu Nui. Contestants descended the sheer cliffs of Orongo and swam to Motu Nui where they awaited the coming of the birds. Having procured an egg, the contestant swam back and presented it to his sponsor, who was then declared birdman for that year, an important status position. 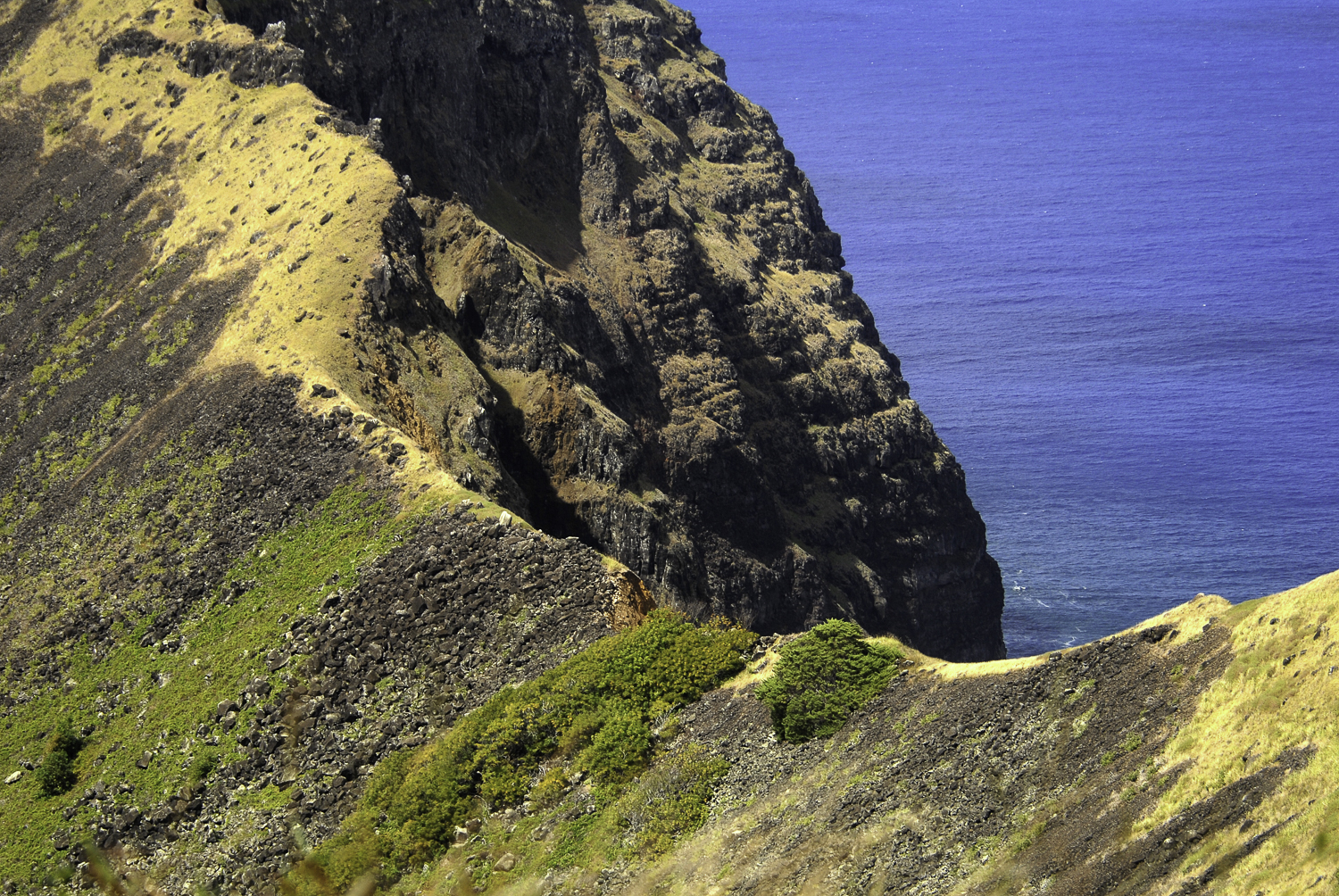 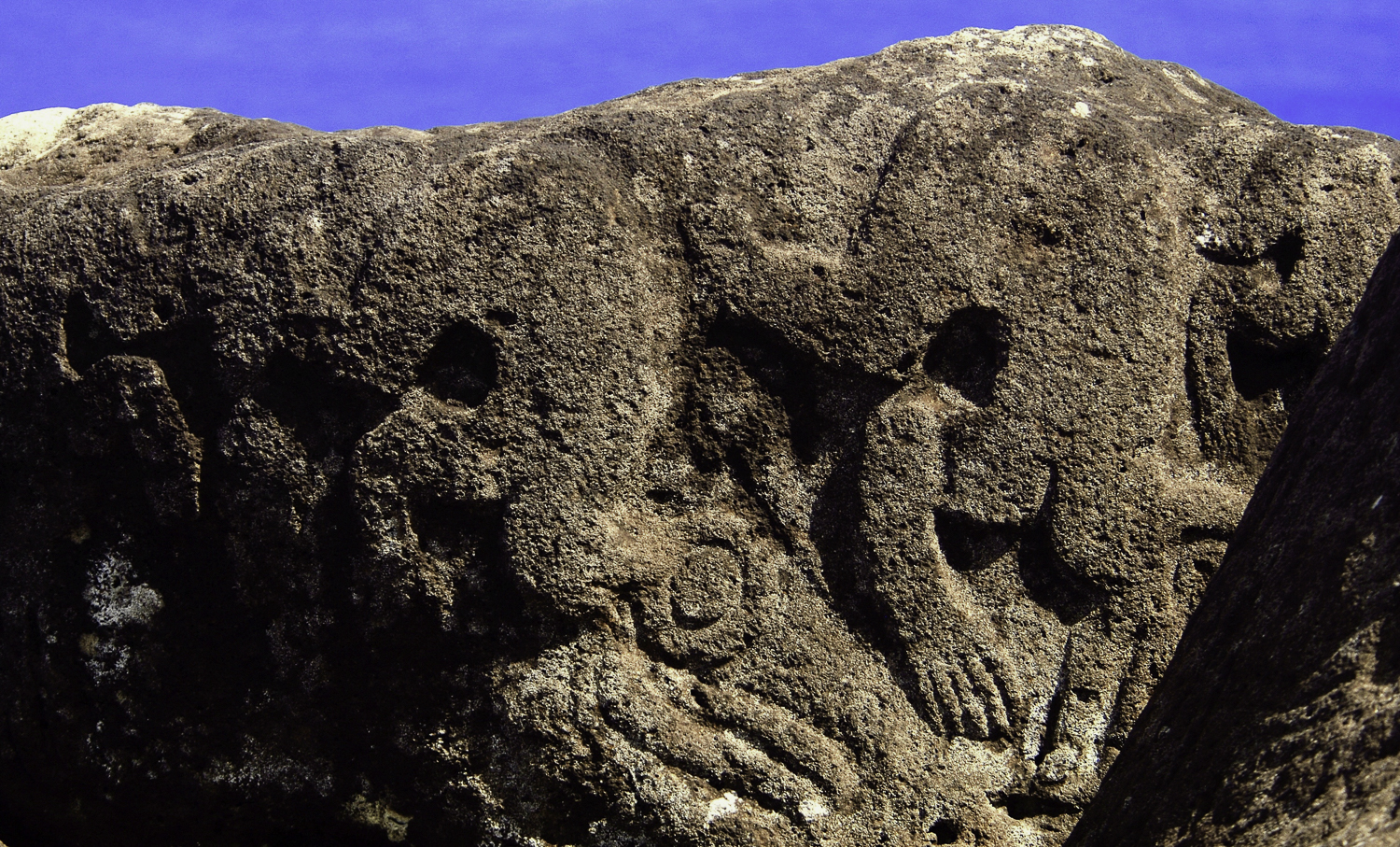 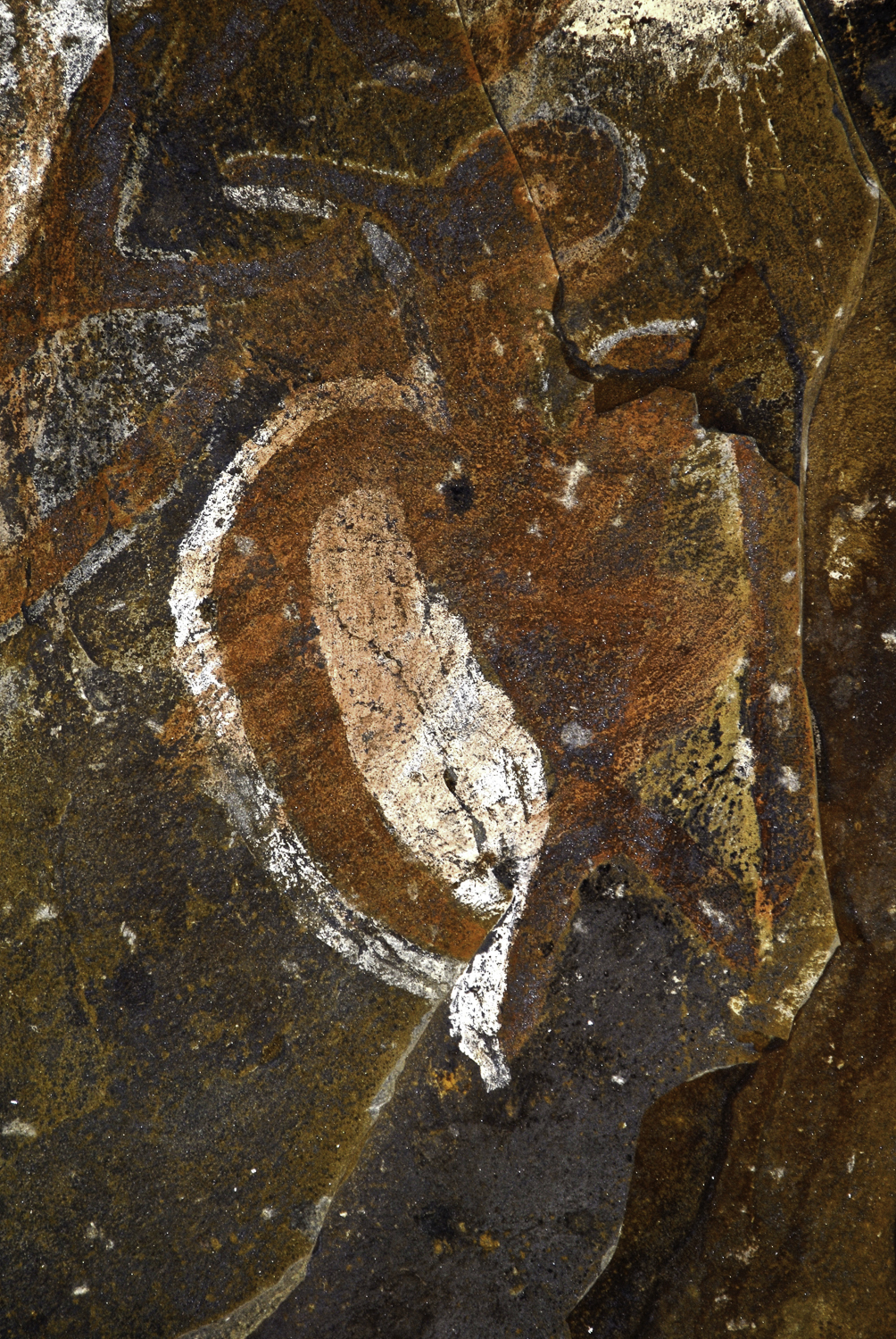 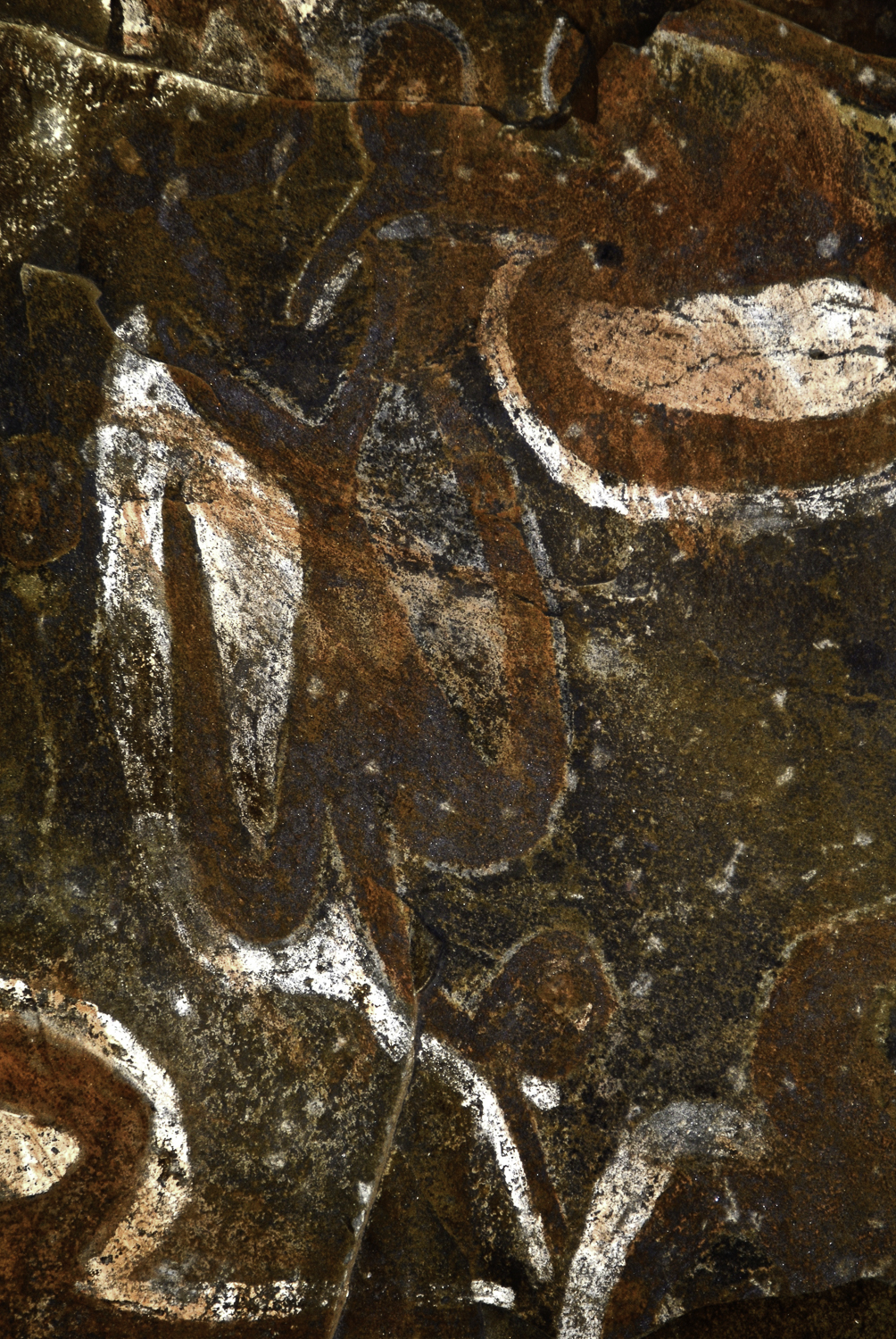