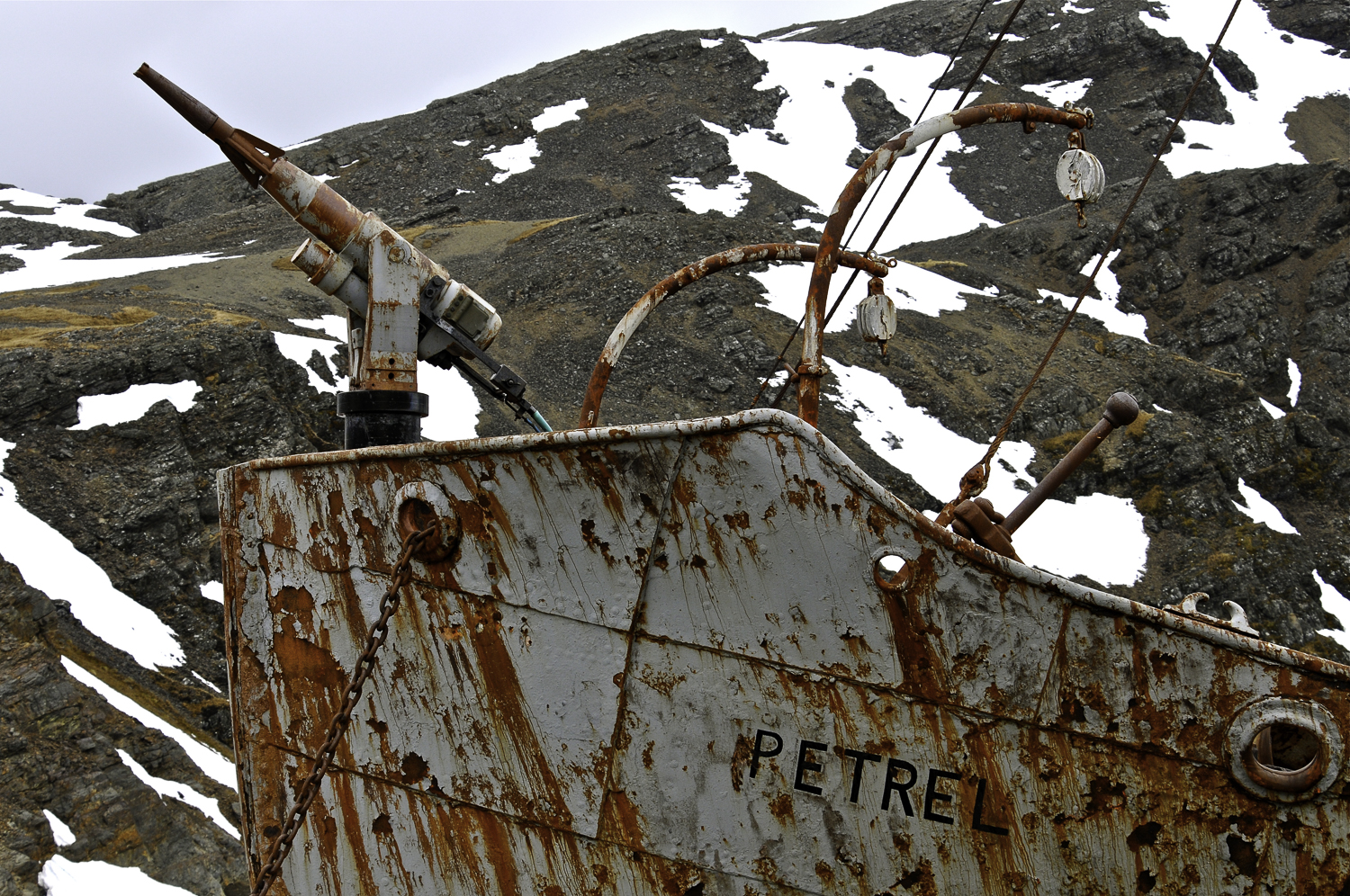 When you first visit Grytviken you are, quite simply, stunned into silence. In November of 1904 the Norwegian, C. A. Larsen, with experience whaling in Arctic waters, established the first whaling enterprise on South Georgia at Grytviken. Larsen’s enterprise was commercially very successful. Oil and by-products from one whale could fetch £2,500. Initially only blubber was taken and the carcass discarded, resulting in beaches strewn with bones along the coastline. By 1912, seven whaling stations had been established and South Georgia became known as the southern whaling capital. Almost entirely fueled by British finance, the whalers embarked on a bonanza that lasted for more than 60 years. Individual whalers made the kind of money they could only have dreamed of at home. A young man returning to Shetland or the Hebrides in the 1950s after 18 months “at the ice” could buy a house, start a business or commission a fishing boat on his earnings.

It is difficult to recover the frame of mind in which the destruction of so many of the greatest animals on earth seemed like a good and honorable life. About 1.6 million whales were killed in the Southern Ocean in about six decades. Interviews with the whalers suggest a deep-seated ambivalence about it even today. Many will say they are proud to have done it but wouldn’t do it now. By the beginning of the 20th Century, whaling had virtually eliminated the stocks of whales in much of the northern hemisphere. Europe and North America had a growing appetite for the oils that whales could provide – most of it for margarine and soap – and the vast stormy waters of the Southern Ocean were an undeniable siren call, teeming with krill and with the whales that fed on it.

The effects of time and the brutal winds of the Southern Ocean have taken their toll. Now only rusting buildings and ship skeletons remain, where once thriving whaling stations bustled with energy and purpose. Some of the huge steel cylinders of the whale oil tanks, 30 feet high and 30 feet across, have had their sides folded in, as if by a giant hand. Rusted corrugated sheets screech against their fixings, doors slam open and shut, the cowls on the giant processor plants still turn in the wind as they have done since the place was finally abandoned and left to the elements in 1965.

The Southern Ocean is nothing to be trifled with. Imagine yourself, for a moment, as a crew member on a whaling ship like the Petrel, perched in the whale watcher’s barrel near the top of the fore mast. Below you the gunner arms the harpoon gun and scans the horizon for whale blow, waiting for you to spot the first one of the day’s hunt. We’ll return to this story tomorrow. For now, travel back in time with my images … 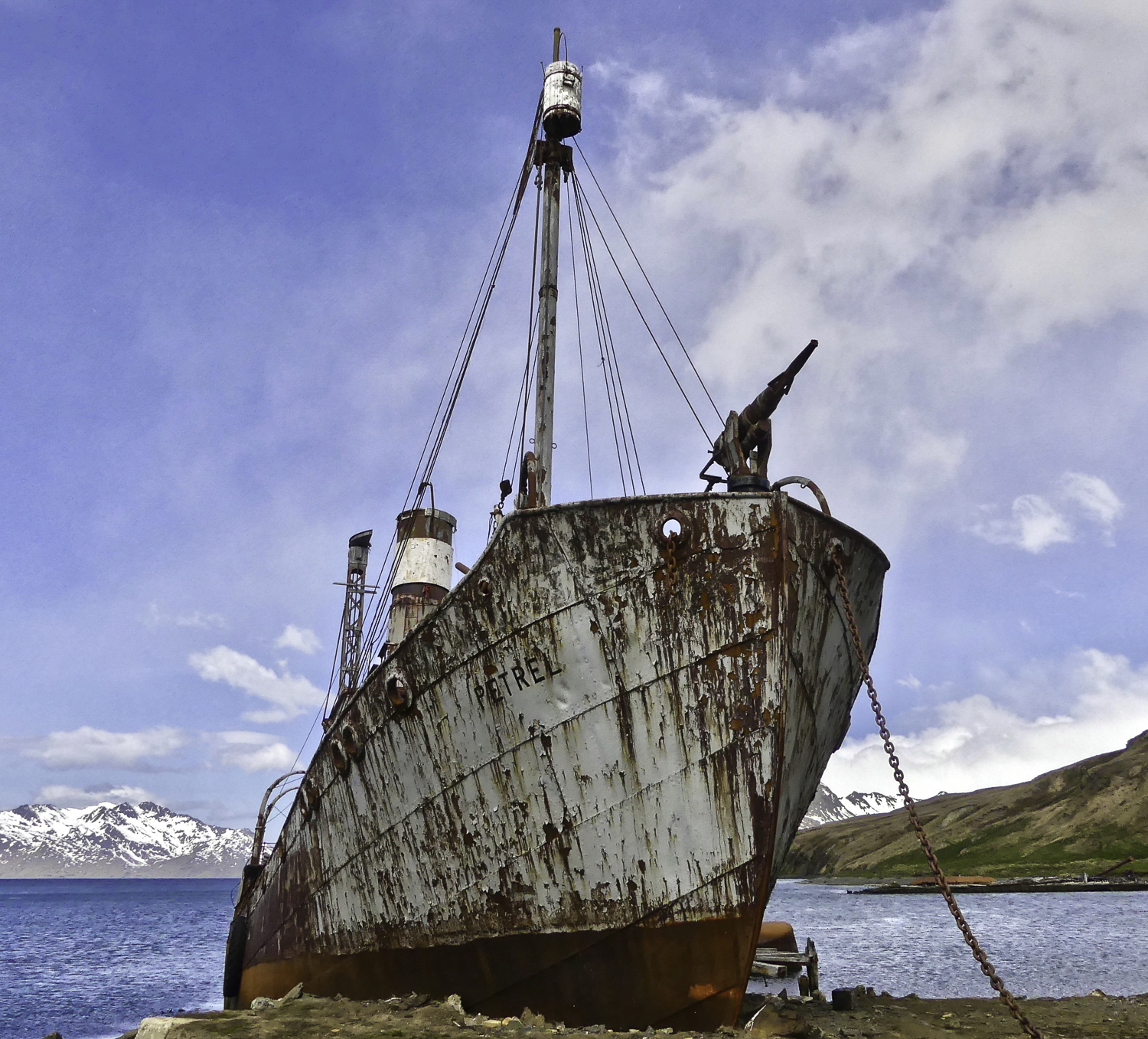 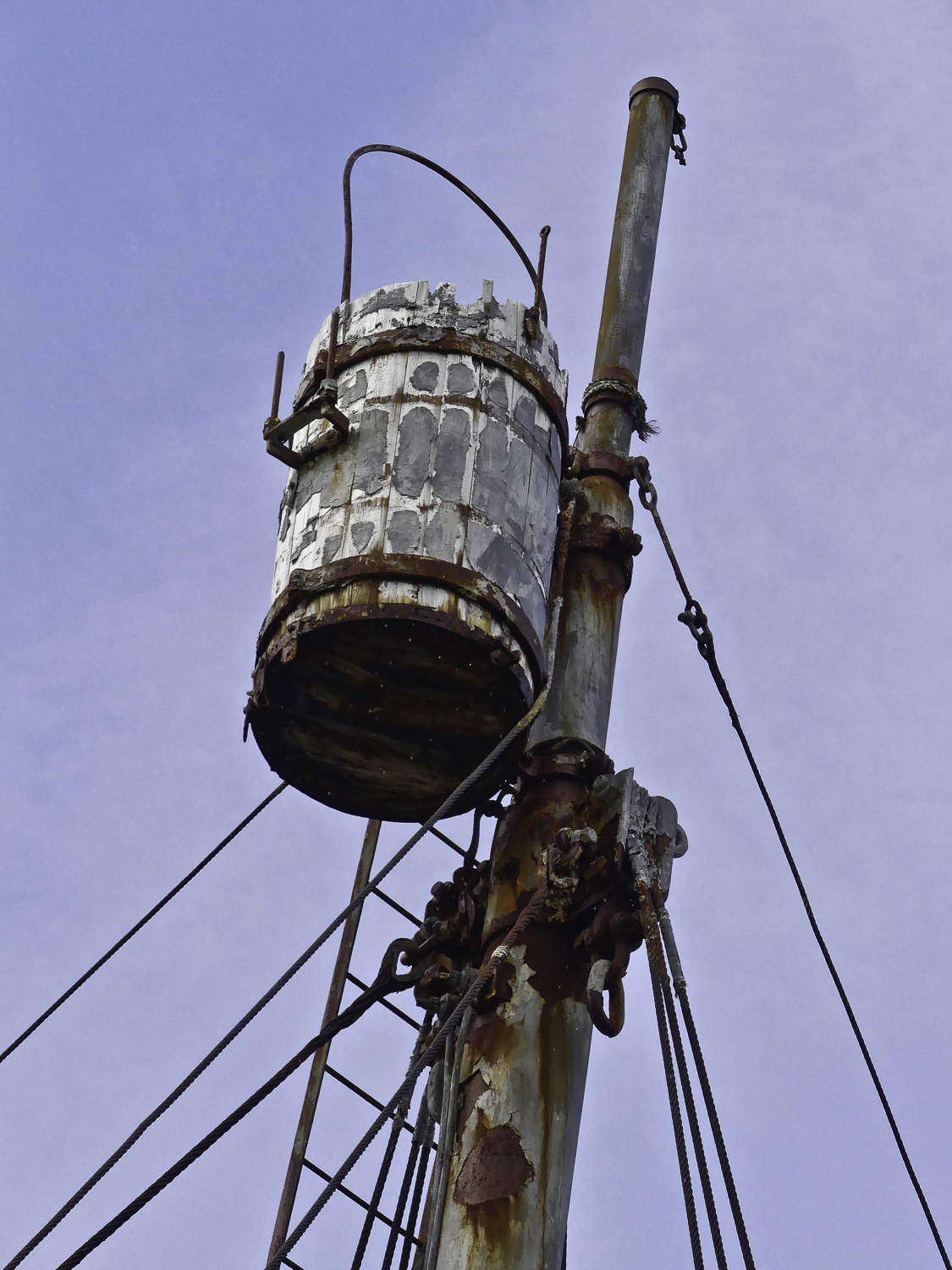 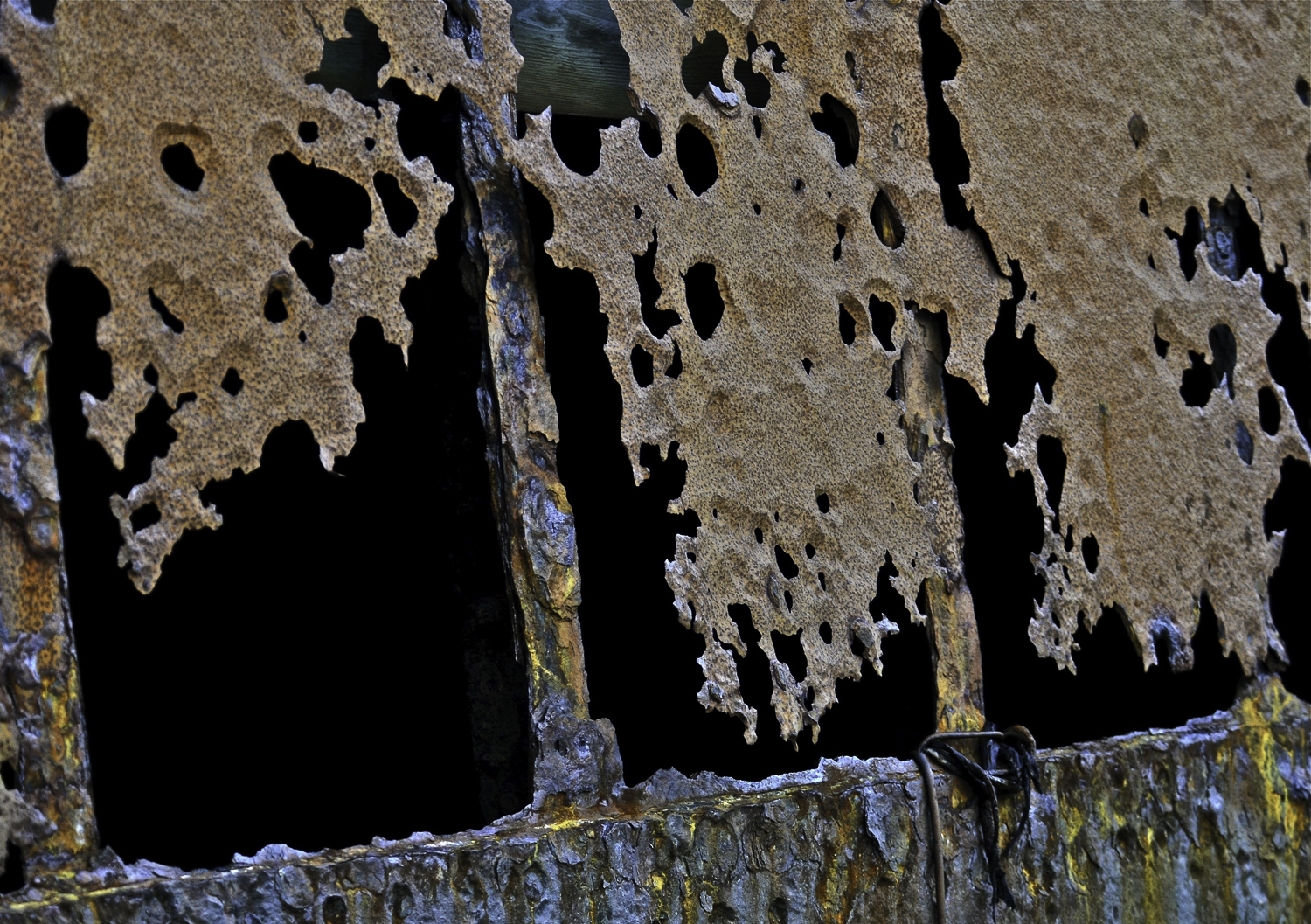 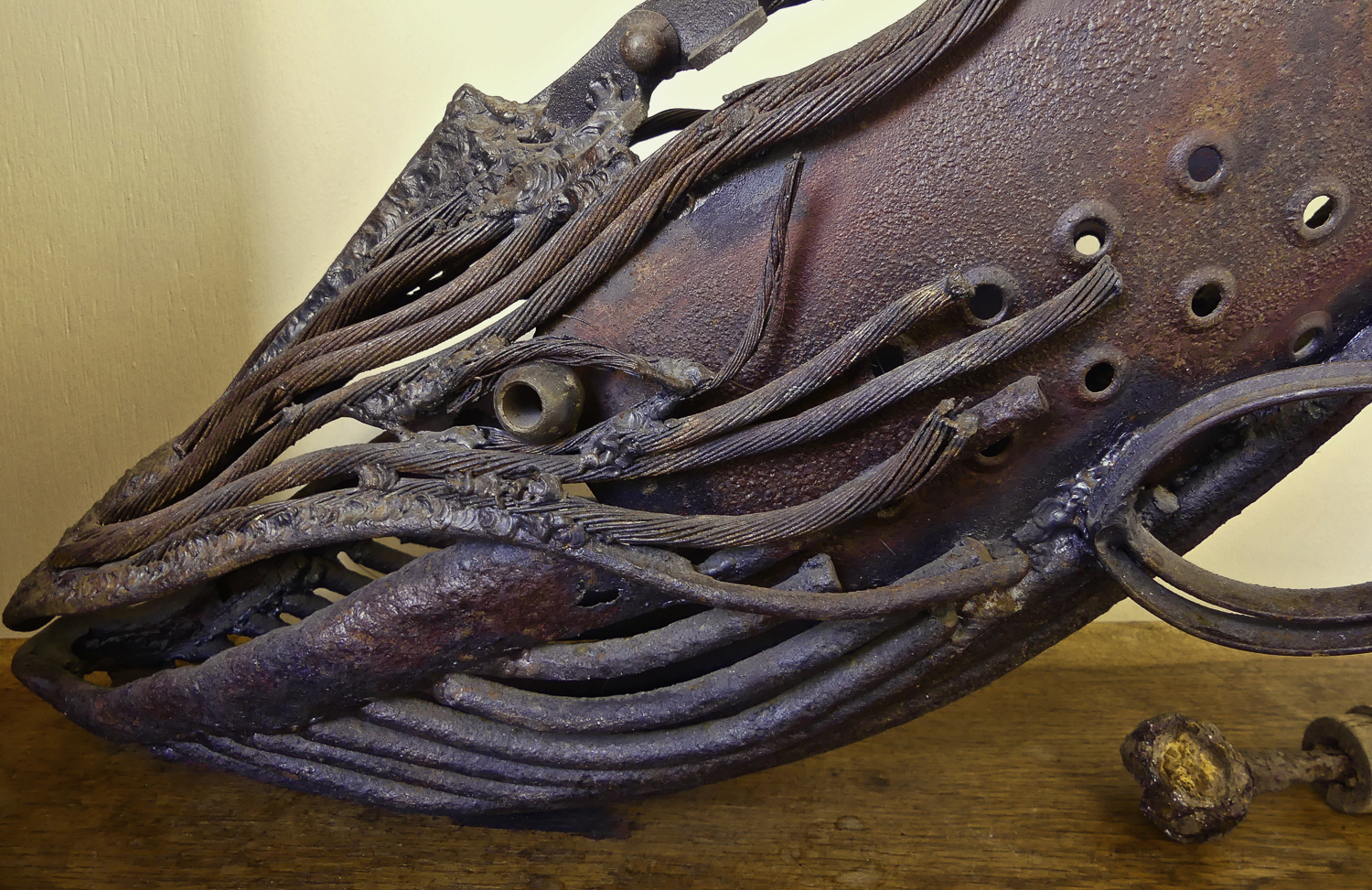 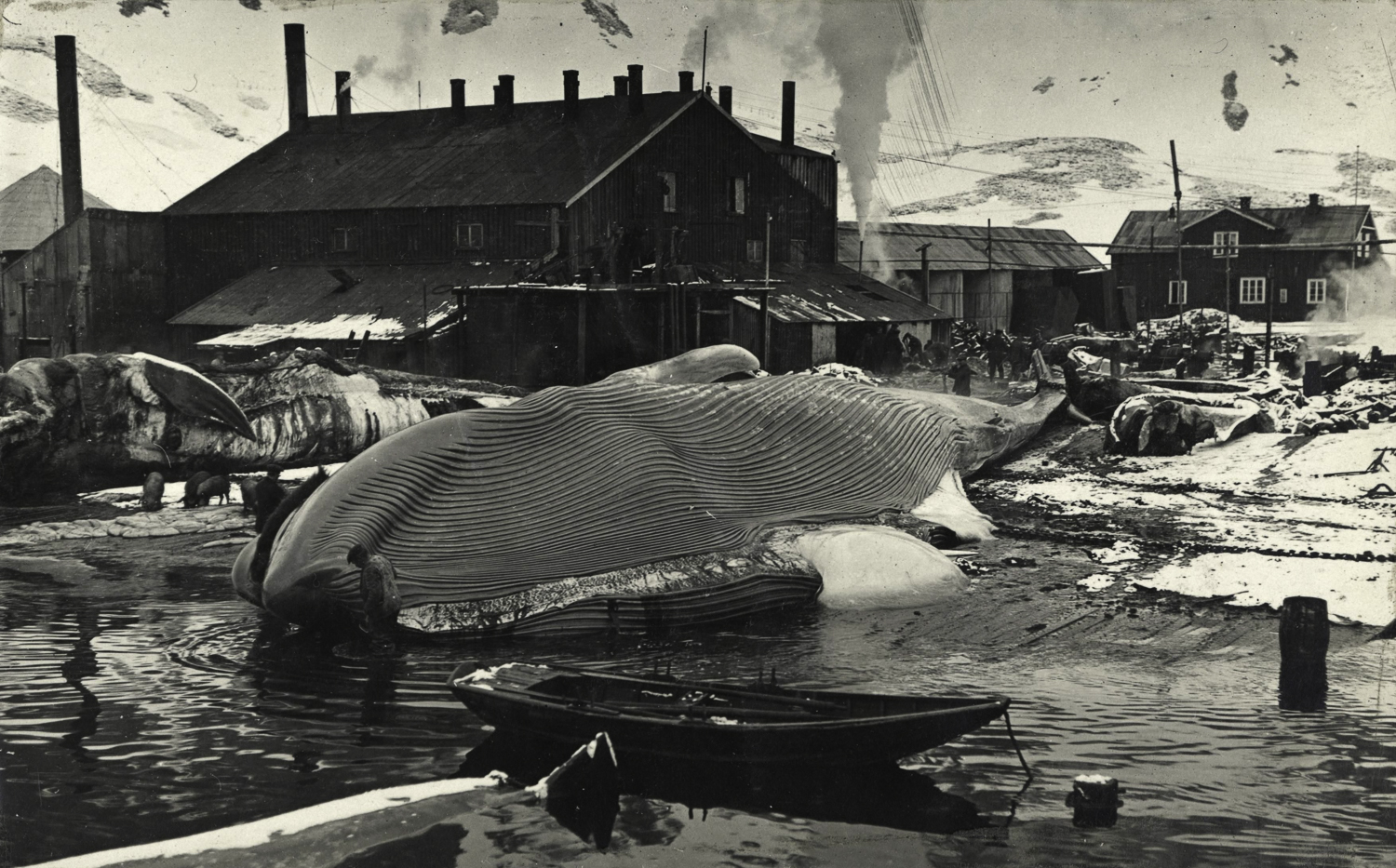