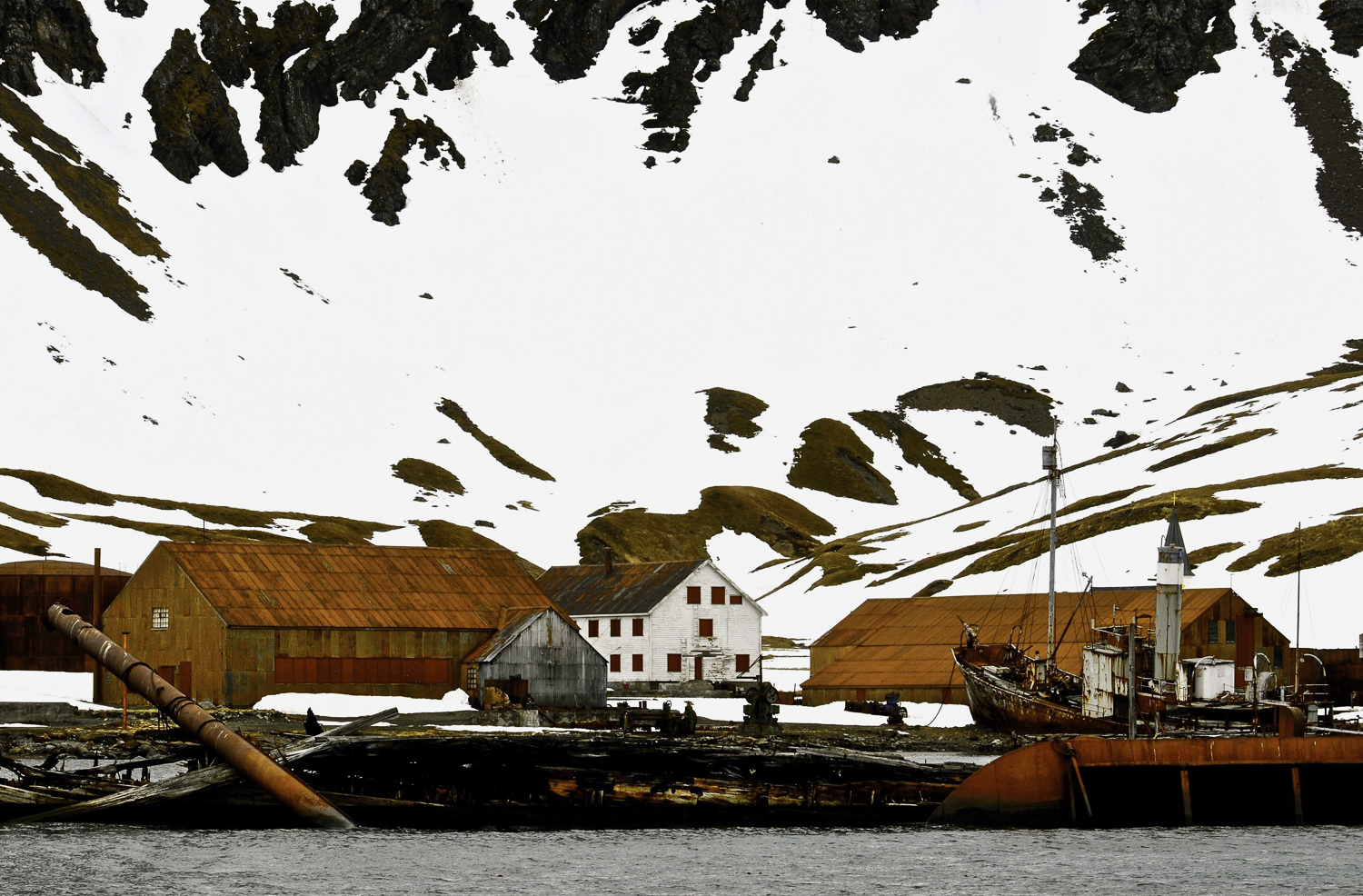 The total harvest of marine mammals around South Georgia represents a slaughter which has never been matched around the world. The whaling stations built by the Norwegian and British whaling industry were large-scale operations with housing for the whalers, rendering machinery, oil storage tanks, bone-drying ovens and cemeteries where many whalers are buried. Grytviken Whaling Station has been extensively cleaned to remove hazardous materials, such as asbestos, heavy oils and rotten building fabric. You can now walk over the site and view the exposed machinery. Access to the other large whaling stations at Husvik, Stromness, Leith and Prince Olaf Harbour is forbidden because of the high concentrations of hazardous materials that remain and the unsafe disintegrating building structures.

Beginning in the 1920’s, when the shore-based whaling industry on South Georgia declined due the scarcity of whales in nearby waters, uncontrolled pelagic whaling on the high seas of the Southern Ocean intensified. The advent of explosive harpoons, whale catcher boats, and post-kill factory ships would ultimately lead to significant reductions in whale populations, with blue, fin, southern right and humpback whales the prime target species. Whale catchers could steam to whaling areas up to 200 miles away. The whales were harpooned with an explosive grenade, inflated with air and marked with a flag, radar reflectors, and latterly radios, and then towed by the whale catcher to a factory ship or shore station like Grytviken or Stromness for processing.

Once the whales were winched ashore to the flensing platform, the blubber was removed and boiled under pressure to extract the oil. Meat and bone were separated and boiled. The results were dried and ground down for stock food and fertilizer. Baleen whale oil was considered a superior lubricant to mineral oil and was also used in the production of nitroglycerine for explosives, as well as a multitude of edible, pharmaceutical, cosmetic, and chemical products. Between 1904 and 1965 some 175,250 whales were processed at South Georgia shore stations. In the whole of the Antarctic region some 1,432,862 animals were taken between 1904 and 1978. The largest whale ever recorded, a 110-foot blue whale taken at South Georgia, was processed at Grytviken in about 1912. Another blue whale, processed in 1931 at Prince Olaf Harbour, was about 95 feet long and estimated to weigh about 328 tons. The last two photos in my series were taken at the small museum in Grytviken, and the whaling industry poster illustrates the many products derived from whales during the heyday of whaling. 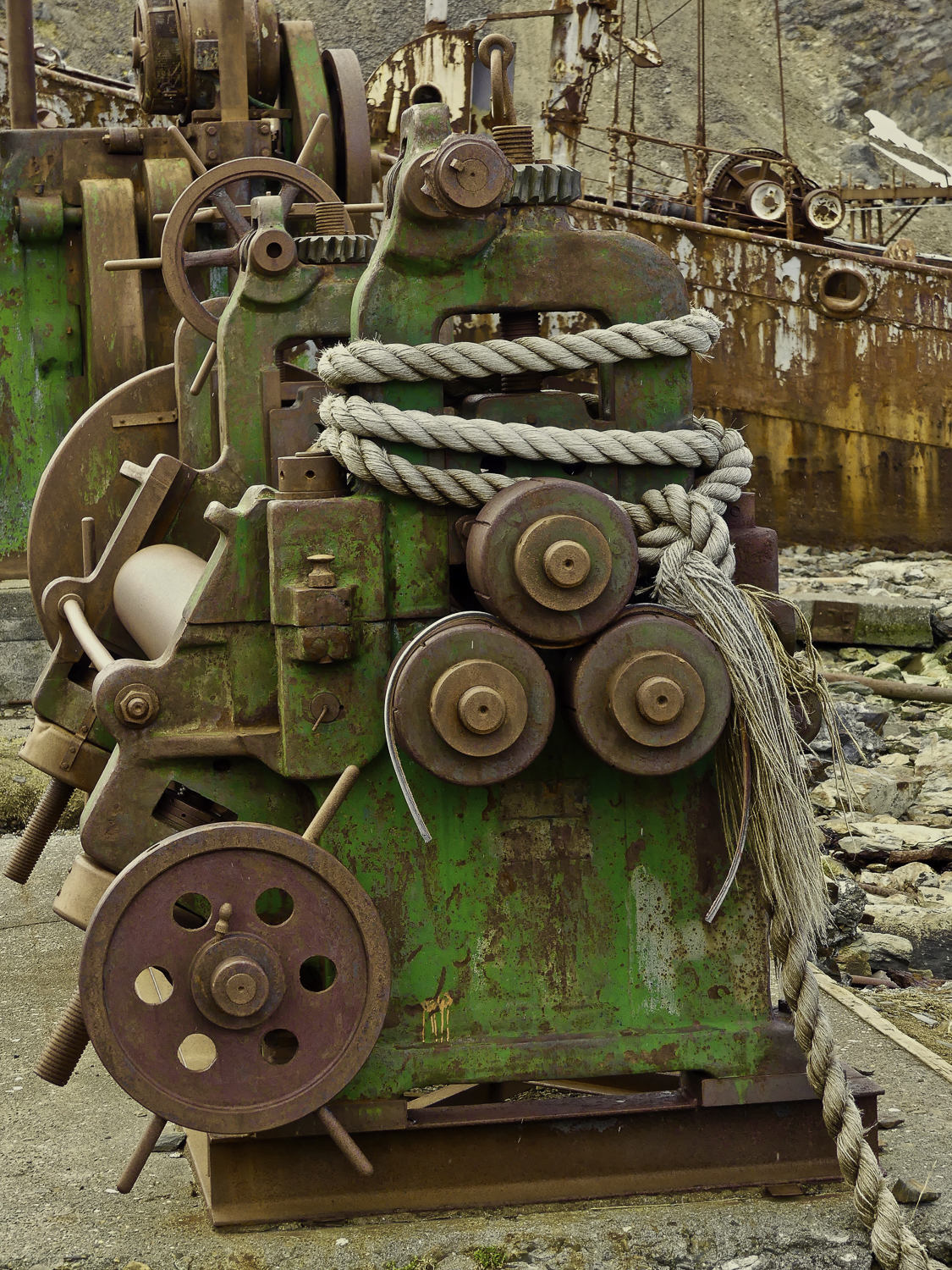 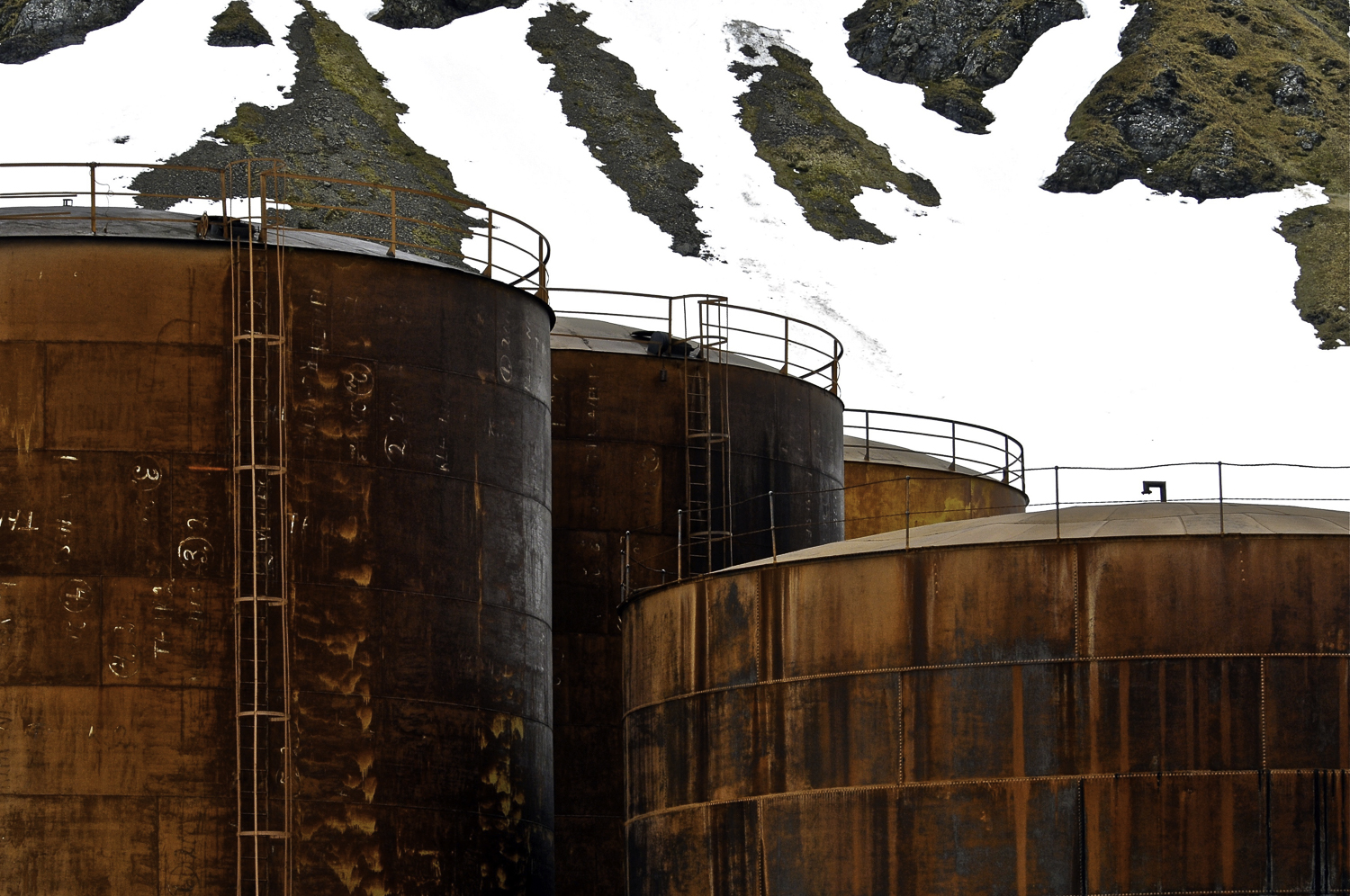 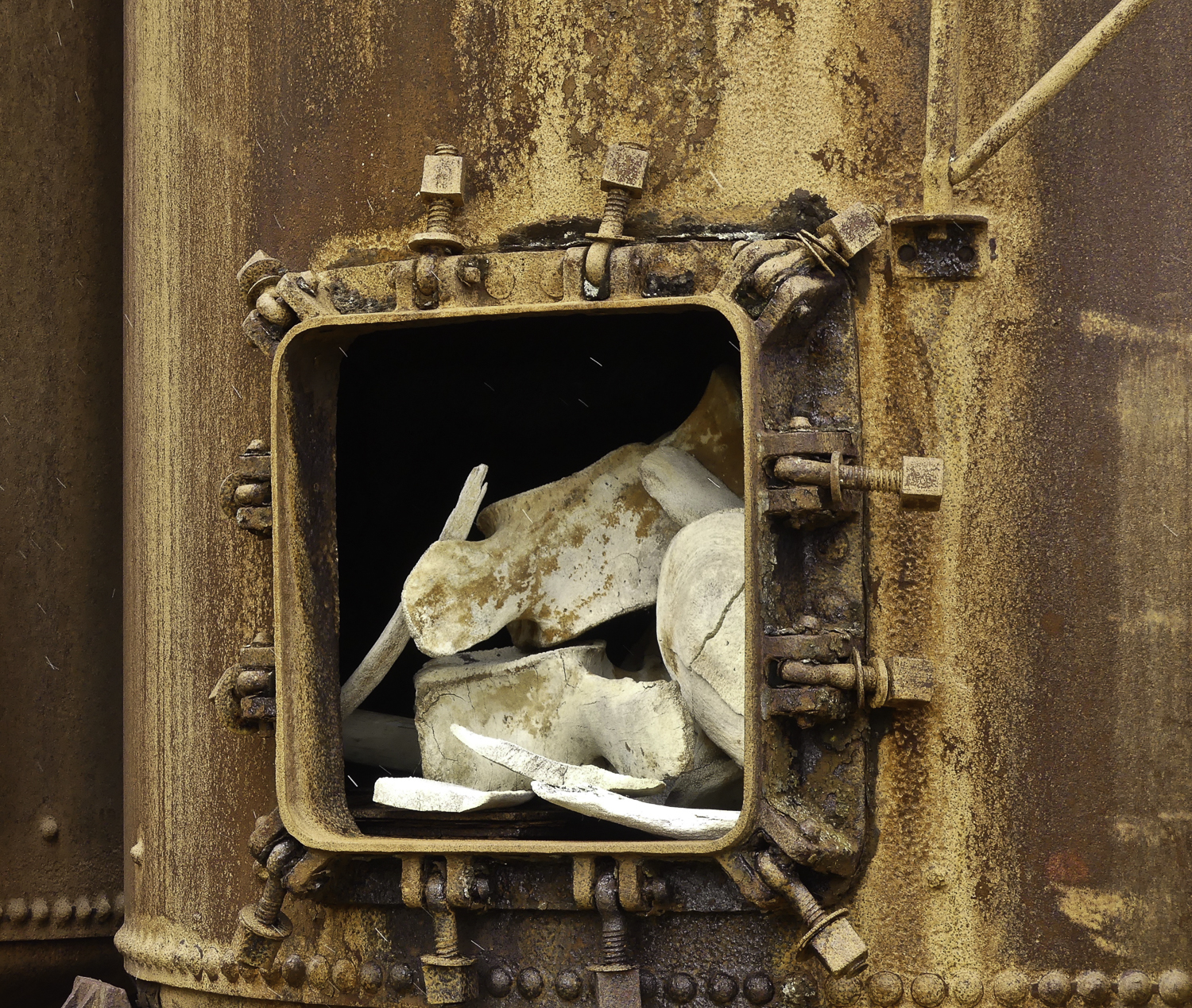 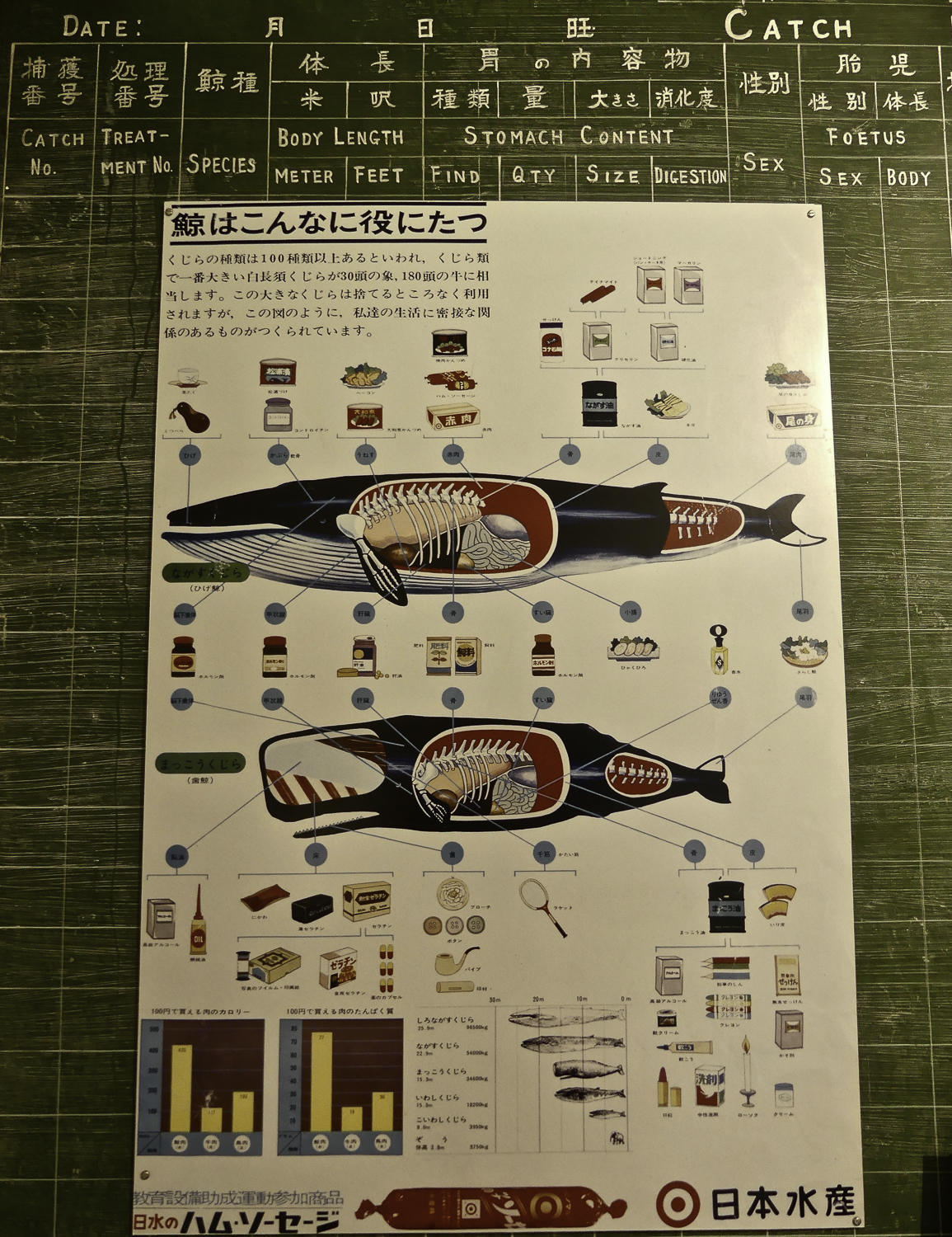 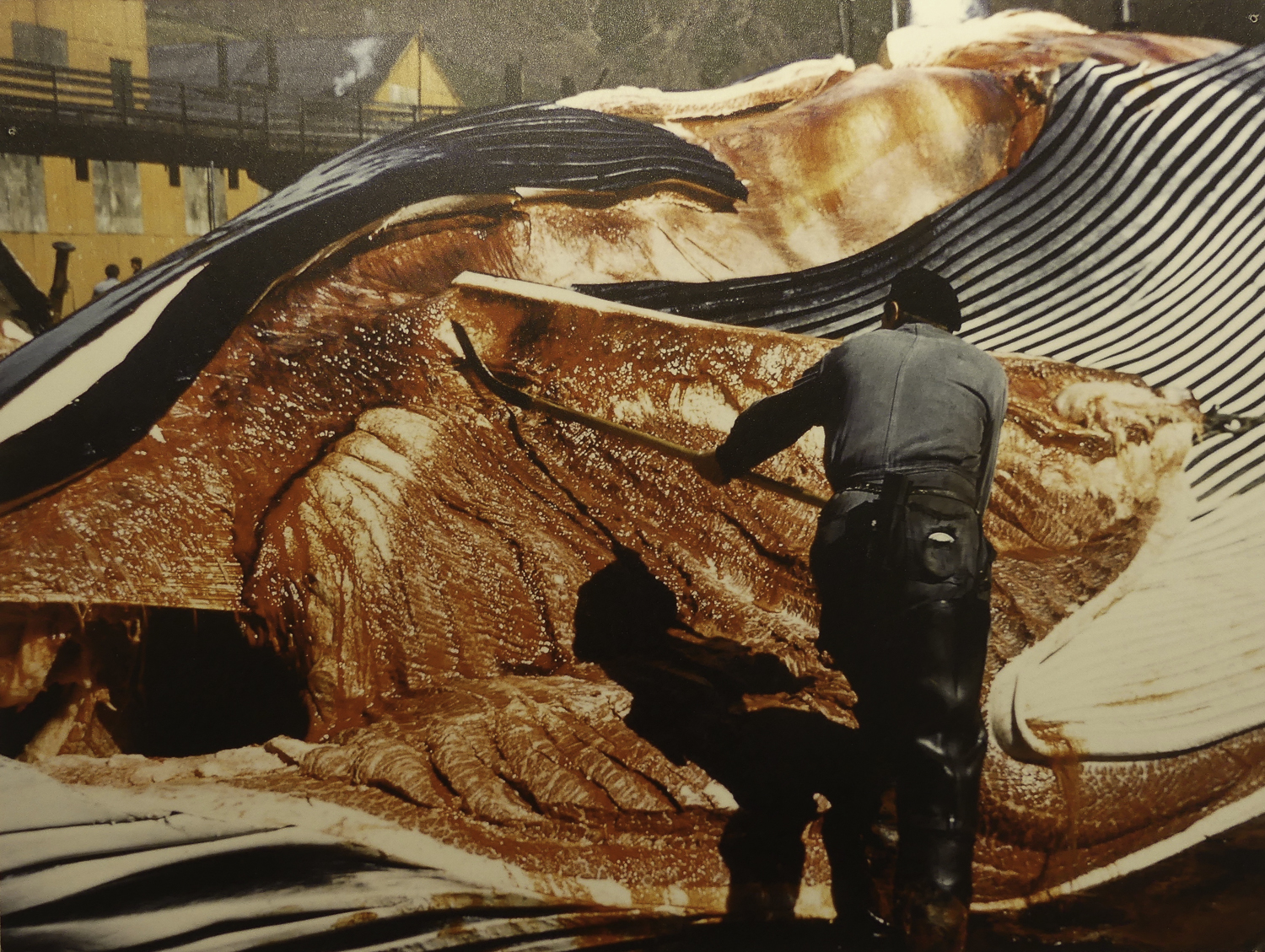