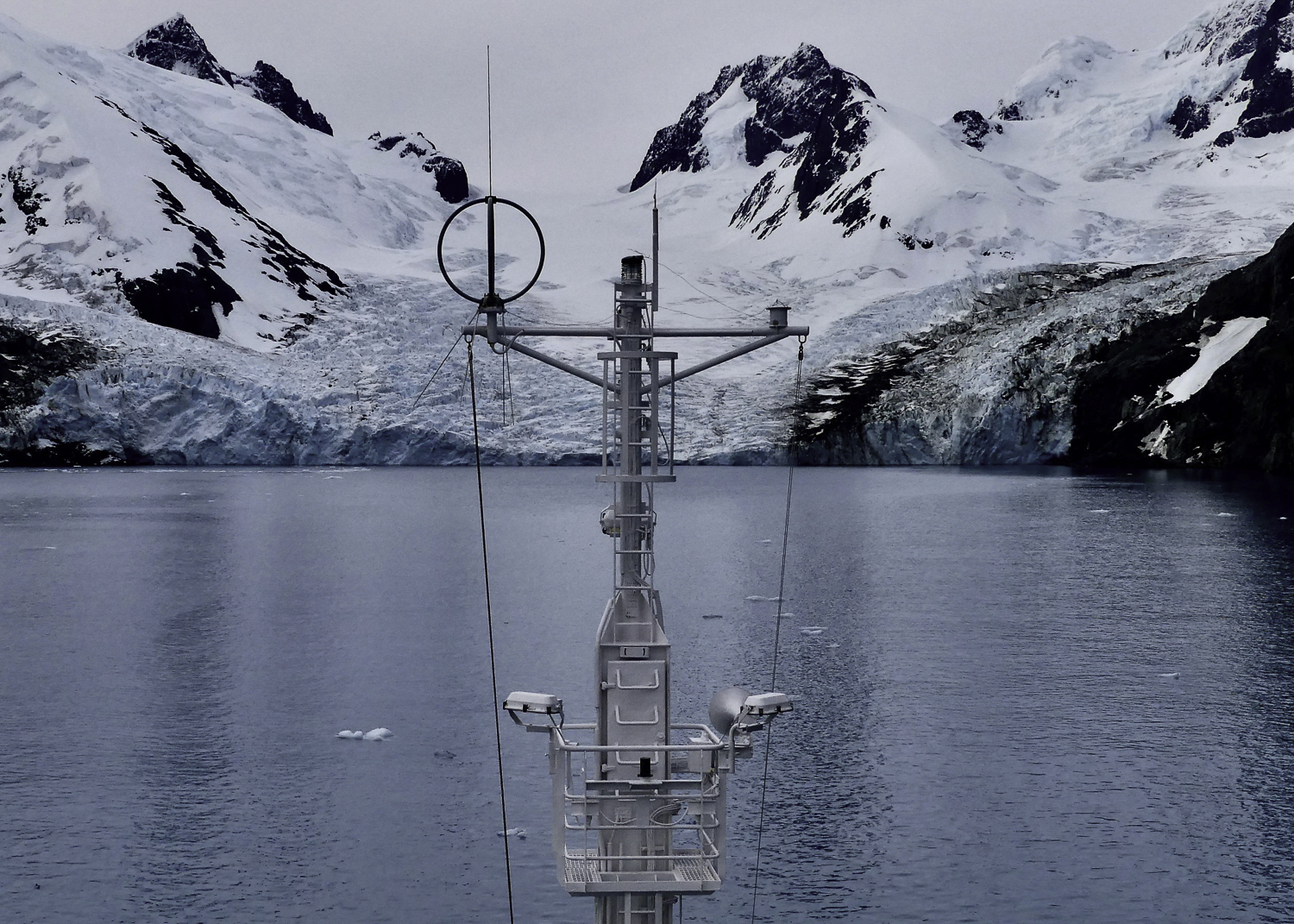 Isolated in the Southern Ocean, South Georgia is truly a sentinel at the leading edge of global climate change. South Georgia is known for its ice caps and glaciers, and over the last few million years they have sculpted some of the world’s most beautiful scenery. Since the 1950’s, however, the air temperature on South Georgia has warmed by nearly 3˚F, and the island’s glaciers are struggling to maintain their presence in the warming climate. Researchers are now reporting significant glacial retreat in more than 97% of the island’s glaciers over the past 60 years. Contrast this with the recent discovery that 20,000 years ago an ice cap covered South Georgia, extending far beyond the current coastline to the edge of the continental shelf. With each melting step backwards, we see new inlets, lagoon-dotted outwash plains, and sandy beaches.

There is ample geologic evidence from South Georgia that ice extent has fluctuated in response to climatic warming and cooling episodes since the peak of the last ice age, about 22,000 years ago. The types of global temperature fluctuations that have contributed to ice ages occur on a cycle of hundreds of thousands of years. The dramatic rate of retreat we see now, however, is fueled by human-induced climate change impacting our oceans and Earth’s atmosphere. Humans have now increased the amount of carbon dioxide in the atmosphere by more than a third since the Industrial Revolution. Changes that have historically taken thousands of years are now happening over the course of decades. My photos from South Georgia trips in 2003, 2009 and 2018 trips illustrate this pattern of inexorable glacial retreat. In 2018, at Gold Harbor, I was stunned to see that the lower section of the Bertrab Glacier had disappeared entirely, exposing an enormous bedrock cliff that on my first visit in had been covered by a spectacular icefall. Many climate scientists use the phrase “tipping point” to describe where we are in our efforts to mitigate our impacts. I’ll let you be the judge …

This NASA Landsat image shows Neumayer Glacier. A blue line indicates its terminus, or leading edge, on September 10, 2000. In the past 16 years, Neumayer has retreated more than 2.5 miles (4 kilometers). Like several other large glaciers on South Georgia, the Neumayer flows down into the ocean. 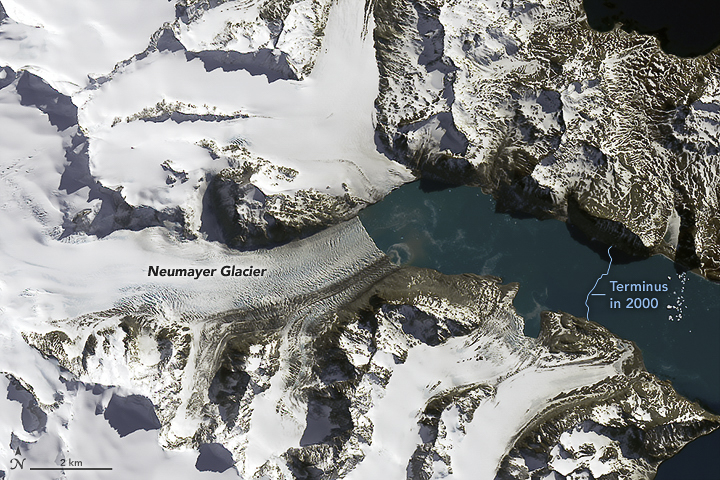 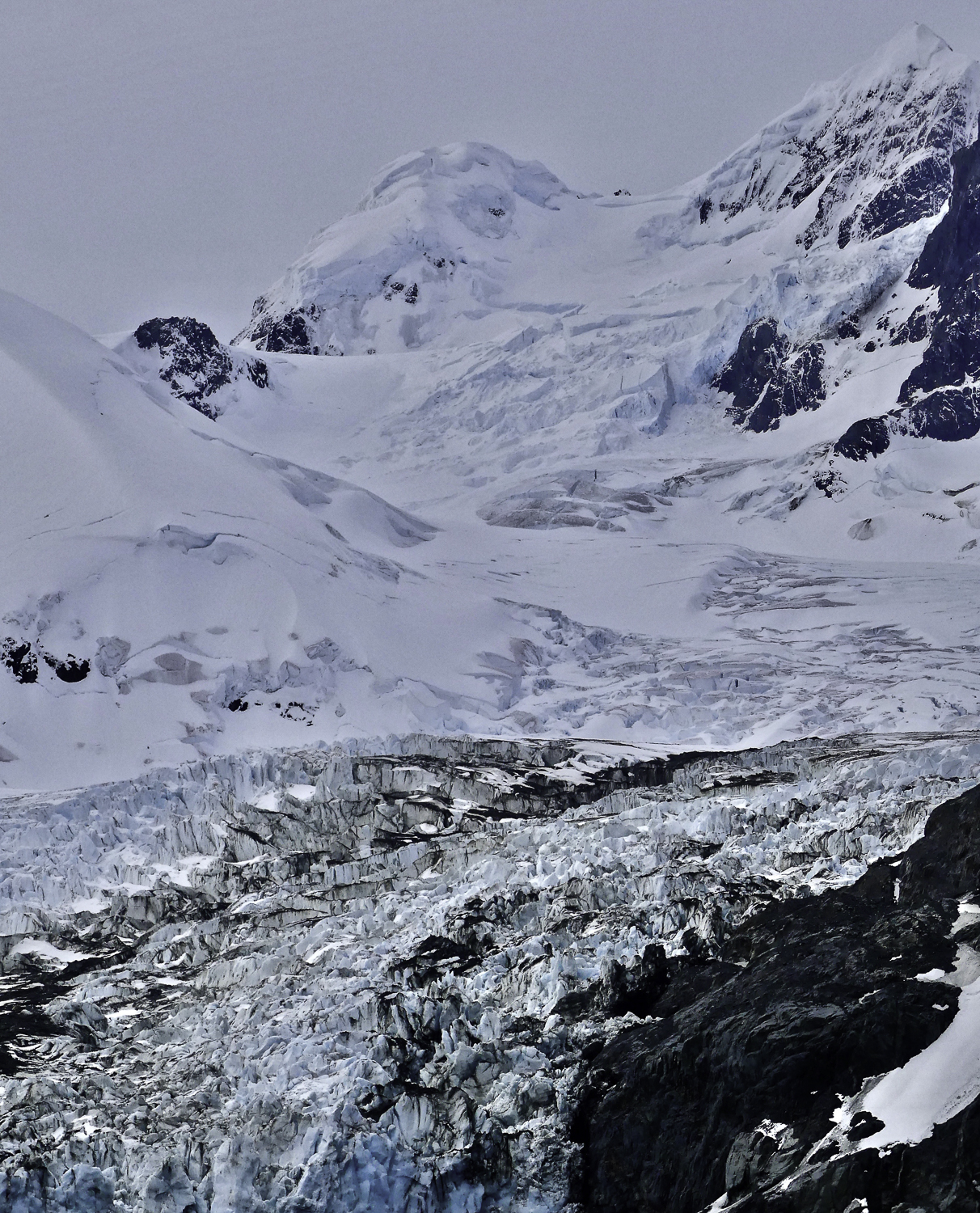 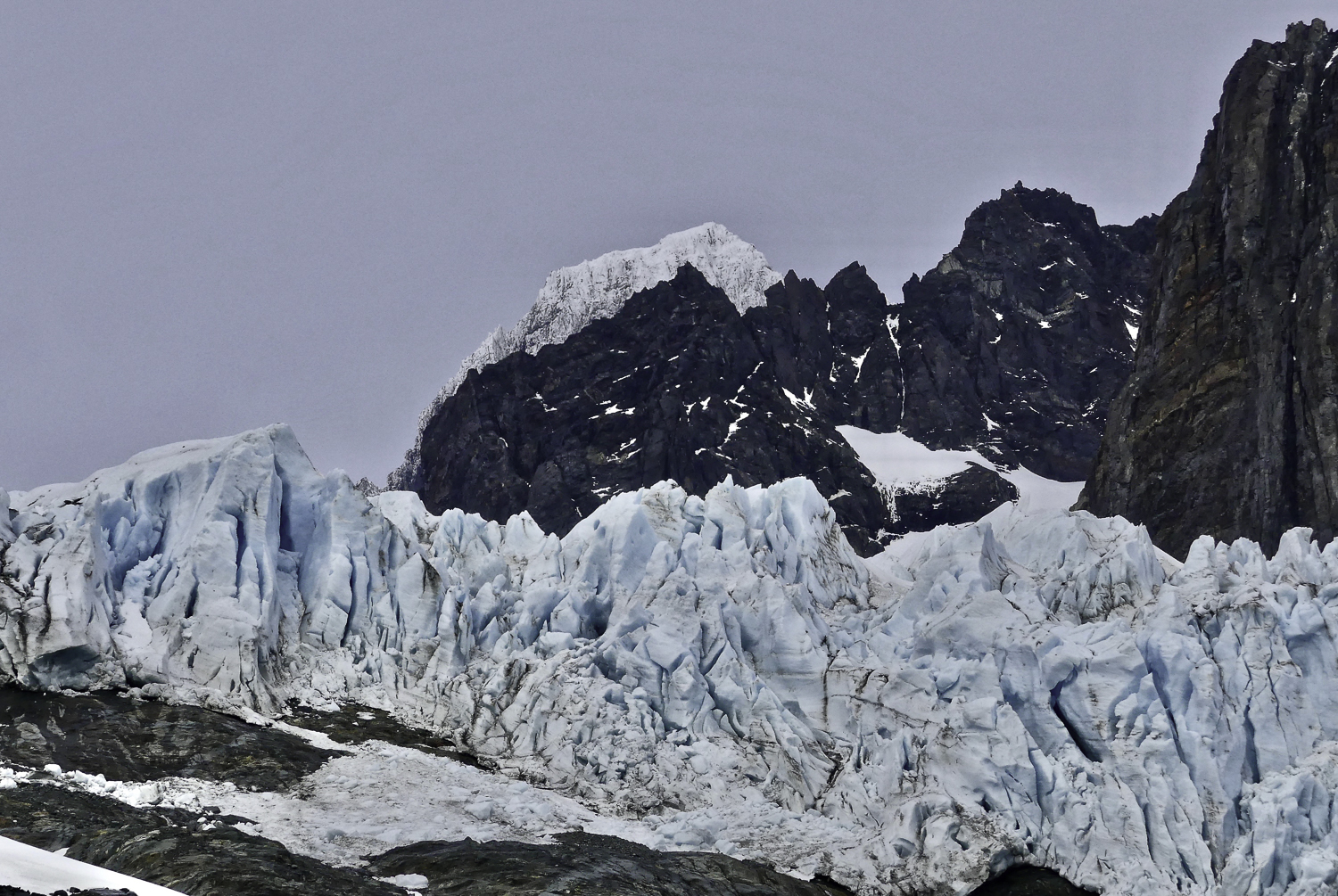 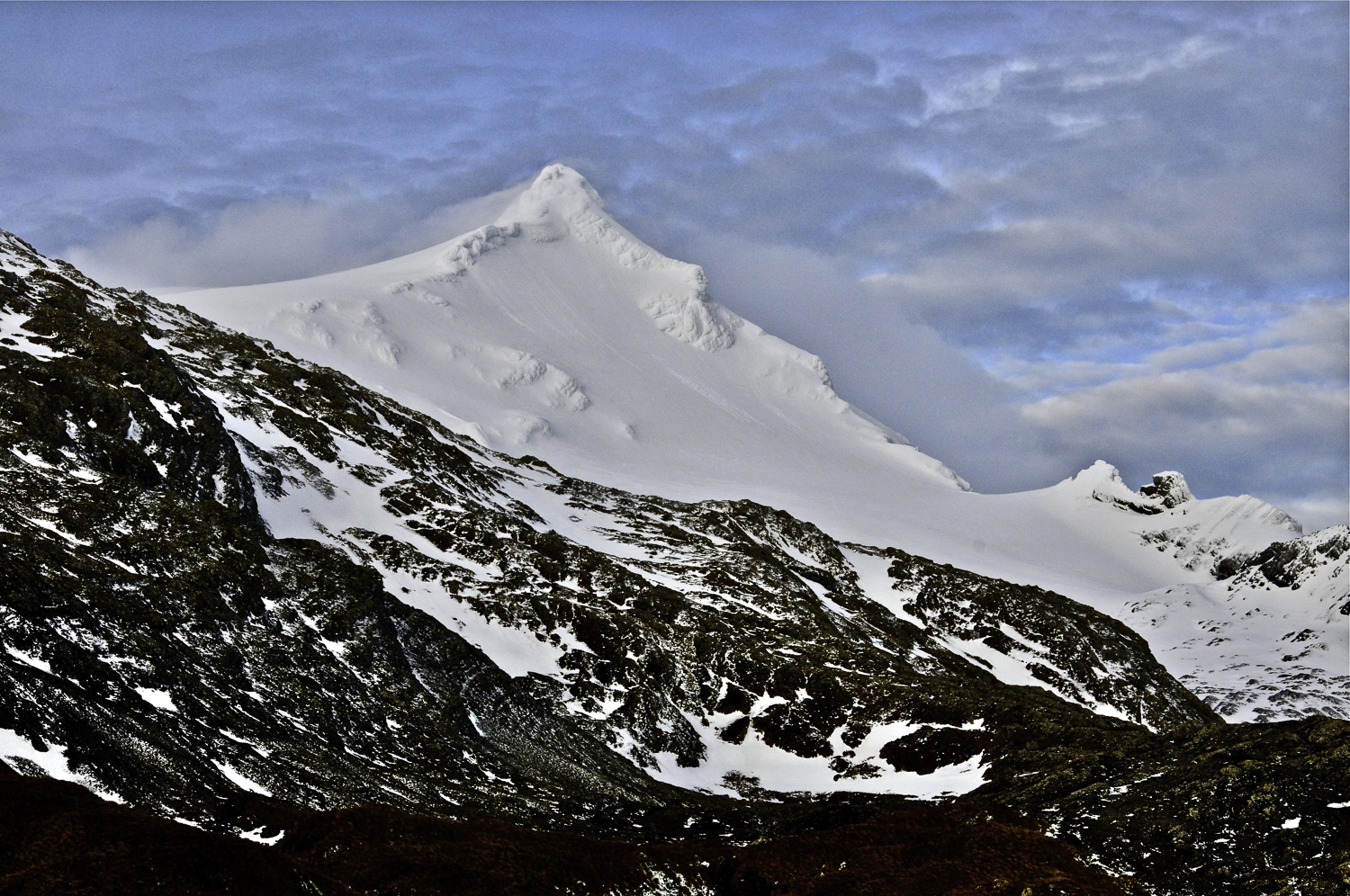 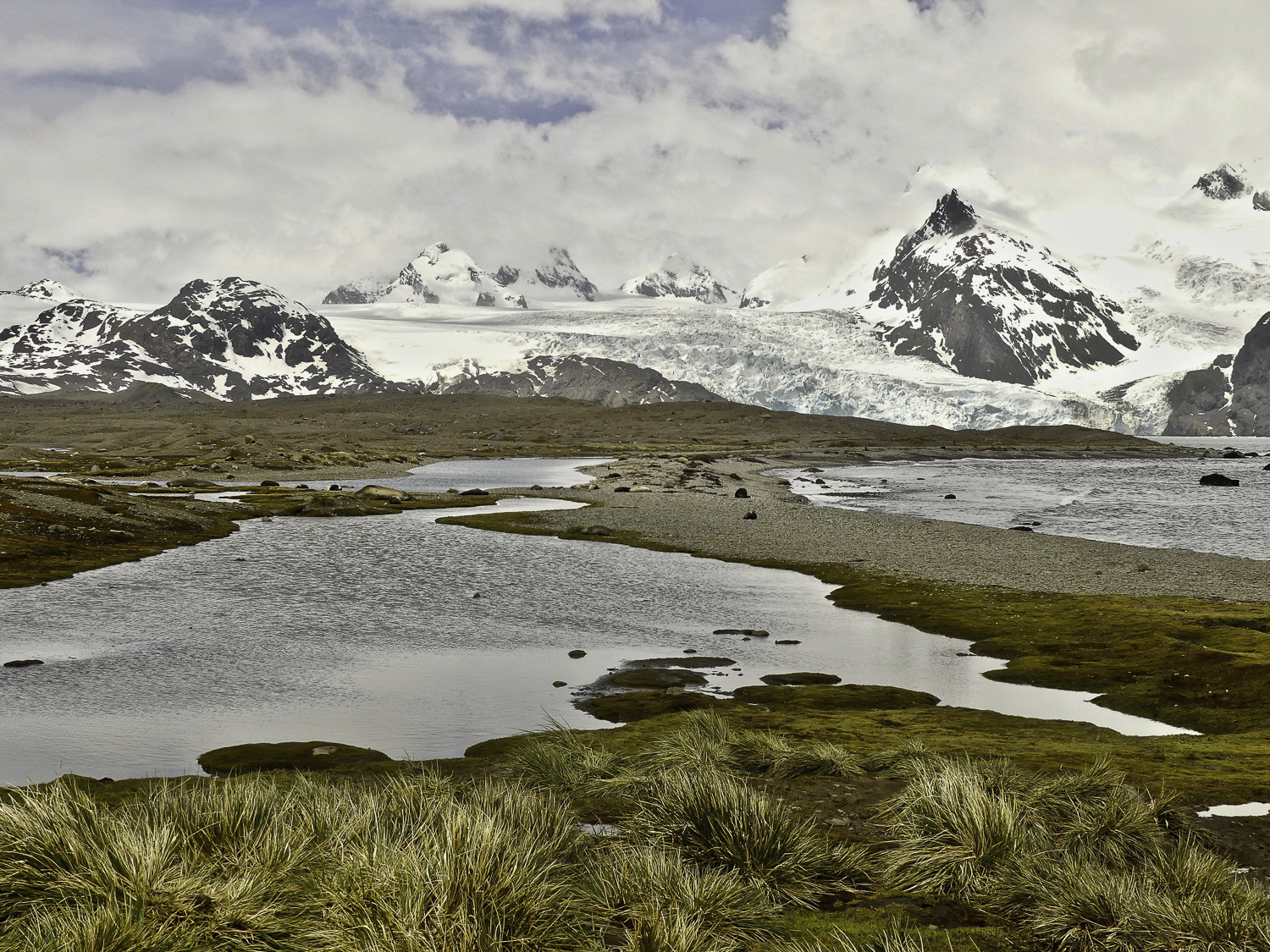