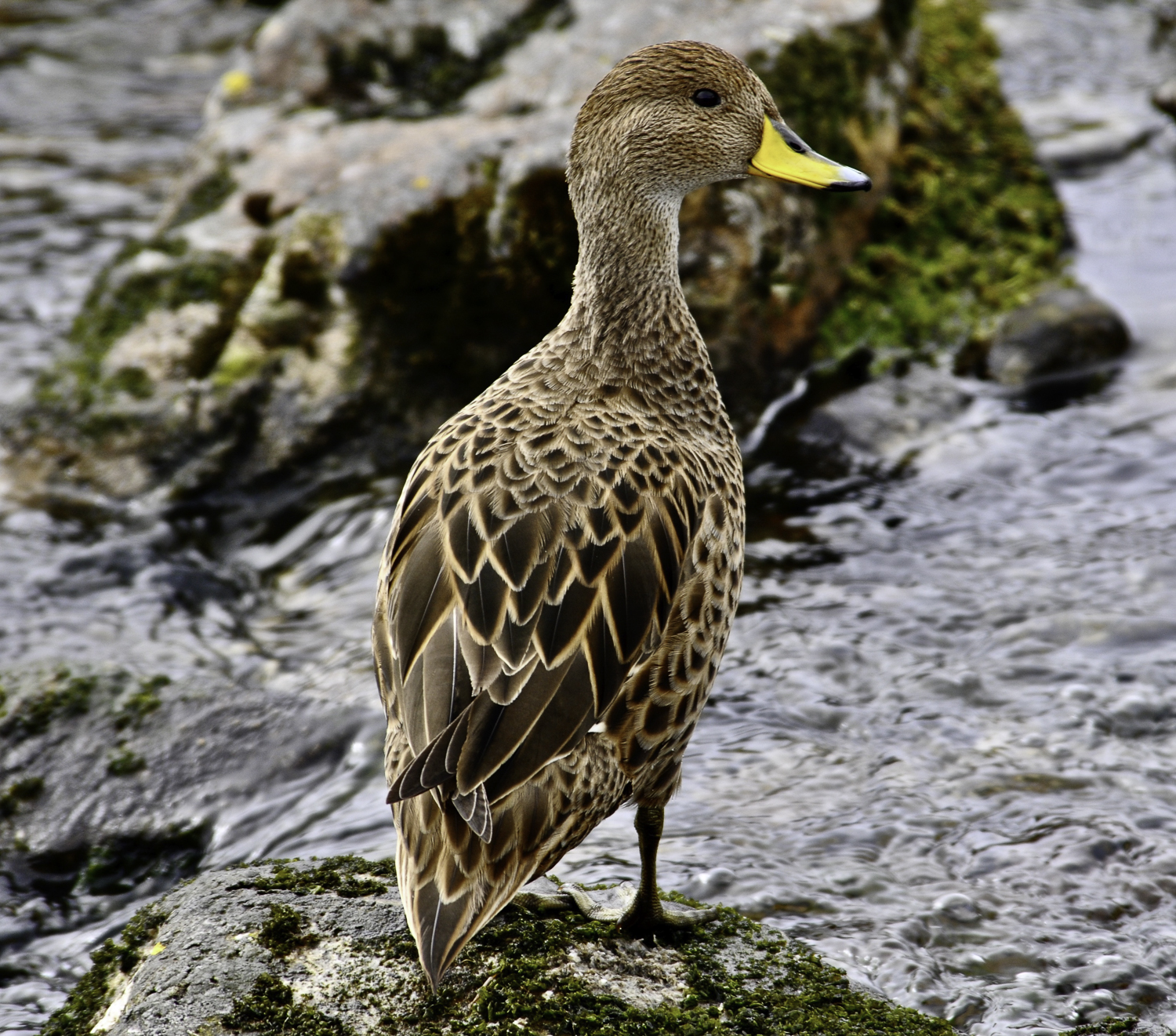 The endemic South Georgia pintail duck is the world’s most southerly waterfowl species. This beautiful pintail resides on South Georgia and nearby Bird Island year-round and is non-migratory, well-adapted to some of the most hostile conditions encountered by any waterfowl. How did this extraordinary pintail end up on a remote island outpost in the Southern Ocean? South Georgia pintails exhibit the classic genetic signatures of island colonization. Its closest relative, the yellow-billed pintail, ranges widely over southern South America and is the most common waterfowl species in that region, with a population size of nearly a million. Recent research provides evidence for the Late Pleistocene timing of colonization of South Georgia by yellow-billed pintail ducks, interweaving geology (specifically Holocene glacial history) and biology (population genetics) to tell the story. Climatic conditions were highly variable during the Pleistocene, and glacial cycles (more than 20 different cycles of glacial advance and retreat) had a major influence on the distribution of plant and animal species and genetic diversity in high-latitude regions of the Arctic and Antarctic.

South Georgia has been the subject of intense geomorphological and paleoenvironmental research, including efforts to determine the timing and extent of Pleistocene ice cover. In a 2013 study reported in the Journal of Biogeography, lead researcher Dr. Kevin McCracken and his colleagues used multilocus genetic data from the South Georgia pintail, the first terrestrial vertebrate to be studied in this context in the Antarctic, as a proxy to determine the presence and timing of ice-free refugia (think ice-free habitat for plants and animals) on South Georgia. By comparing genetic data for both the South Georgia and yellow-billed pintails and distinctive differences in body shape and size, plumage coloration, brood clutch size and the number of rectrices (the larger feathers in a bird’s tail, used for steering in flight), and dates chronicling deglaciation timing based on glacial deposits and lake and peat sediments, the scientists were able to demonstrate significant evolutionary divergence between the two species over a timespan of thousands of years. Prior to the Last Glacial Maximum (LGM) ice sheets were both thicker and more expansive throughout the region, and it was previously thought that these ice sheets wiped out most terrestrial habitats for Antarctic species. However, there is mounting evidence that many Antarctic and subantarctic species survived these periods of deep glaciation within ice-free refugia for tens of thousands and even millions of years. The researchers’ genetic analysis demonstrated that the South Georgia pintail population was established by individuals dispersing from South America, and the initial colonization event occurred at least 34,000 years ago, prior to the Last Glacial Maximum.

South Georgia pintails are omnivores, feeding on marine and freshwater algae, dabbling and diving in freshwater ponds and the littoral zone, where they dine on a wide range of invertebrates, including freshwater fairy shrimp, marine amphipods, Diptera (flies), small clams, nematodes (worms) and snails. On the 2009 South Georgia trip, I observed something I had never seen before—a meat-eating duck. A pair of “ delicate” little pintails were holding their own in the midst of an aggressive trio of northern giant petrels at a fresh seal carcass, occasionally diving headlong into gaping hole in the carcass whenever the petrels withdrew. The pintails seemed surprisingly adept at scavenging, while at the same time avoiding becoming prey themselves. Unlike the giant petrels, with their grisly scarlet heads, the pintails retreated from the carcass periodically to splash about in a nearby stream. In following up on my observation, I learned that this was exactly what Captain James Cook’s expedition party observed in 1775 when they landed on the remote subantarctic island of South Georgia. The expedition’s naturalists noted how surprised they were to have found a species of duck this far south, and especially one that scavenged on dead seals.

South Georgia pintails breed in solitary pairs during a long breeding season that lasts from late October to early March. The preferred habitat for raising broods is tussock-rimmed freshwater ponds where the chicks feed around the edges while the female stays in more open water. The nest is a shallow, above-ground platform of grass stems and down feathers, shielded from above by overhanging tussock vegetation. The female lays a small clutch of three to five pale cinnamon-pink eggs, and the chicks’ down is dark and provides good camouflage. The broods are moved overland through the tussocks from pond to pond. When returning from feeding, the adults usually land some distance away from the nest before creeping to it through the tussocks, so as not to lead predatory birds like skuas to the vulnerable eggs and chicks. South Georgia pintails mate for life, with males assisting in raising the young.

Despite its remarkable adaptation to life in the subantarctic, the South Georgia pintail has an uncertain future. The survival of the species was initially threatened by over-harvesting by hunters during the heyday of sealing and whaling. Invasive rats, unwittingly brought to the island by sailors and whalers over the years since Cook’s 1775 expedition, soon became an ongoing threat. In 2018 the South Georgia Heritage Trust completed an ambitious project to eradicate all rats on the island, something that had never been attempted on this scale before. Returning South Georgia to “predator-free” status was essential because, as there are no trees on the island, all of its unique birds – including the pintail and the South Georgia pipit, the only songbird in Antarctic waters – nest on the ground, which makes them extremely vulnerable to invasive rodents. 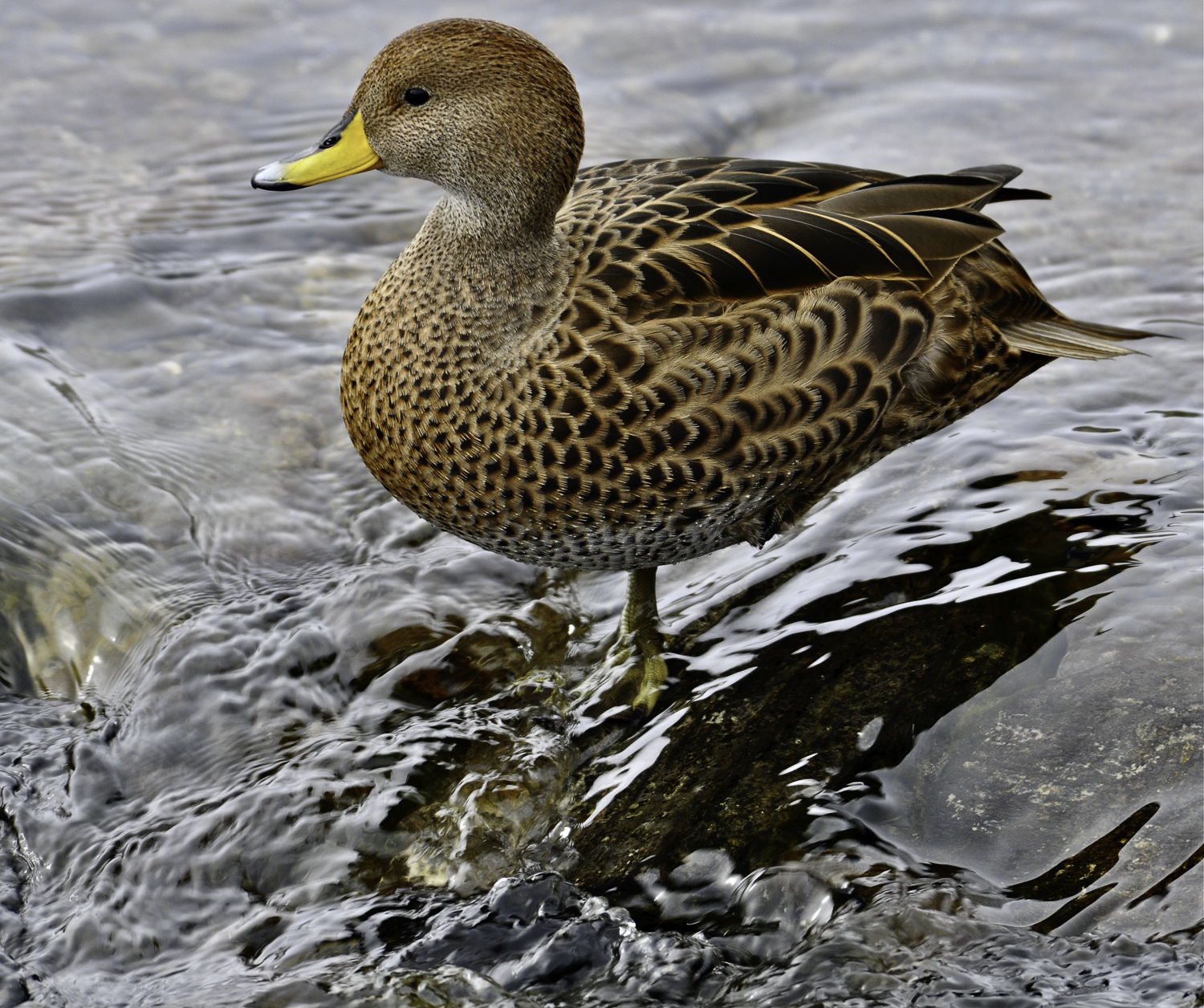 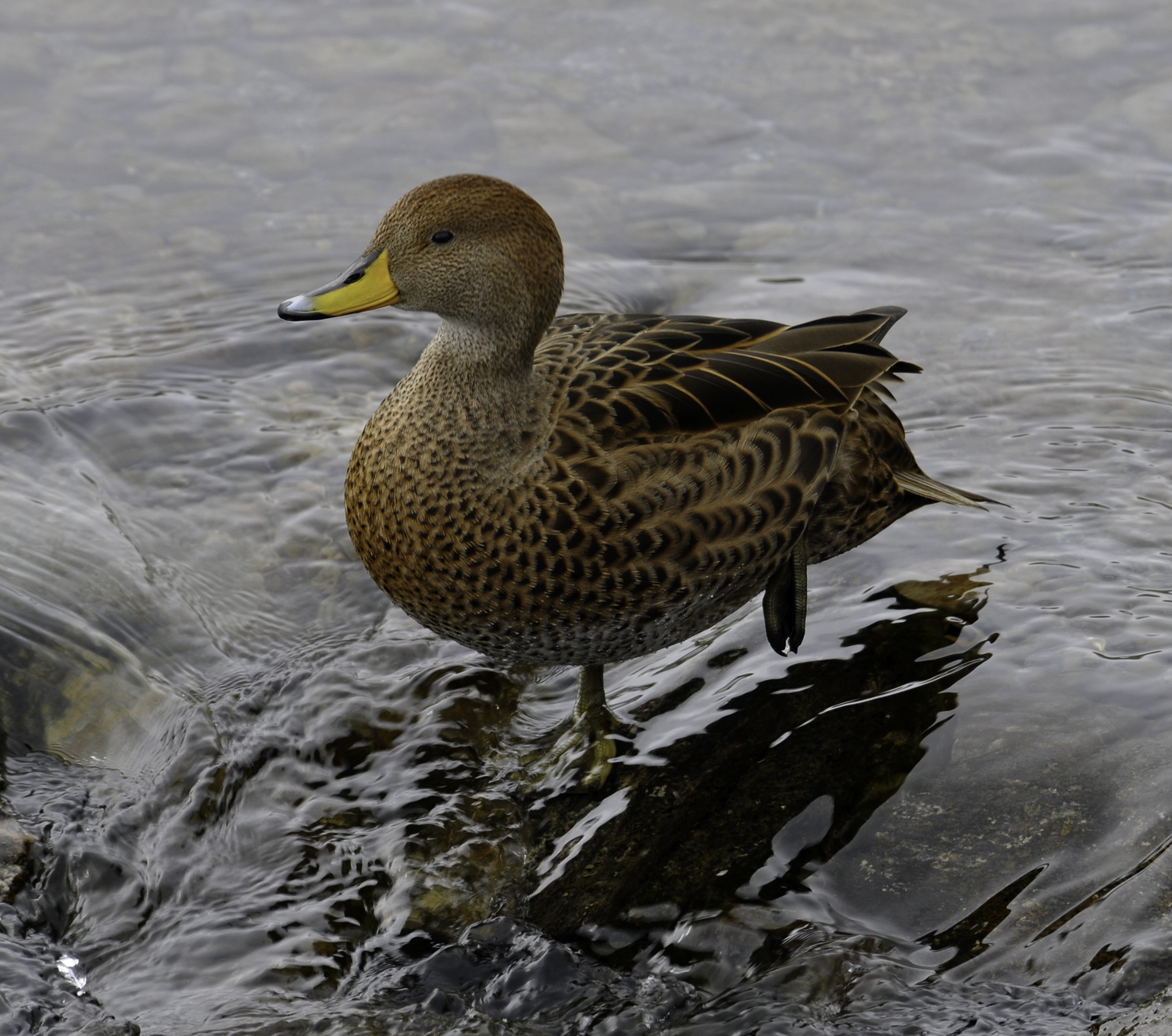 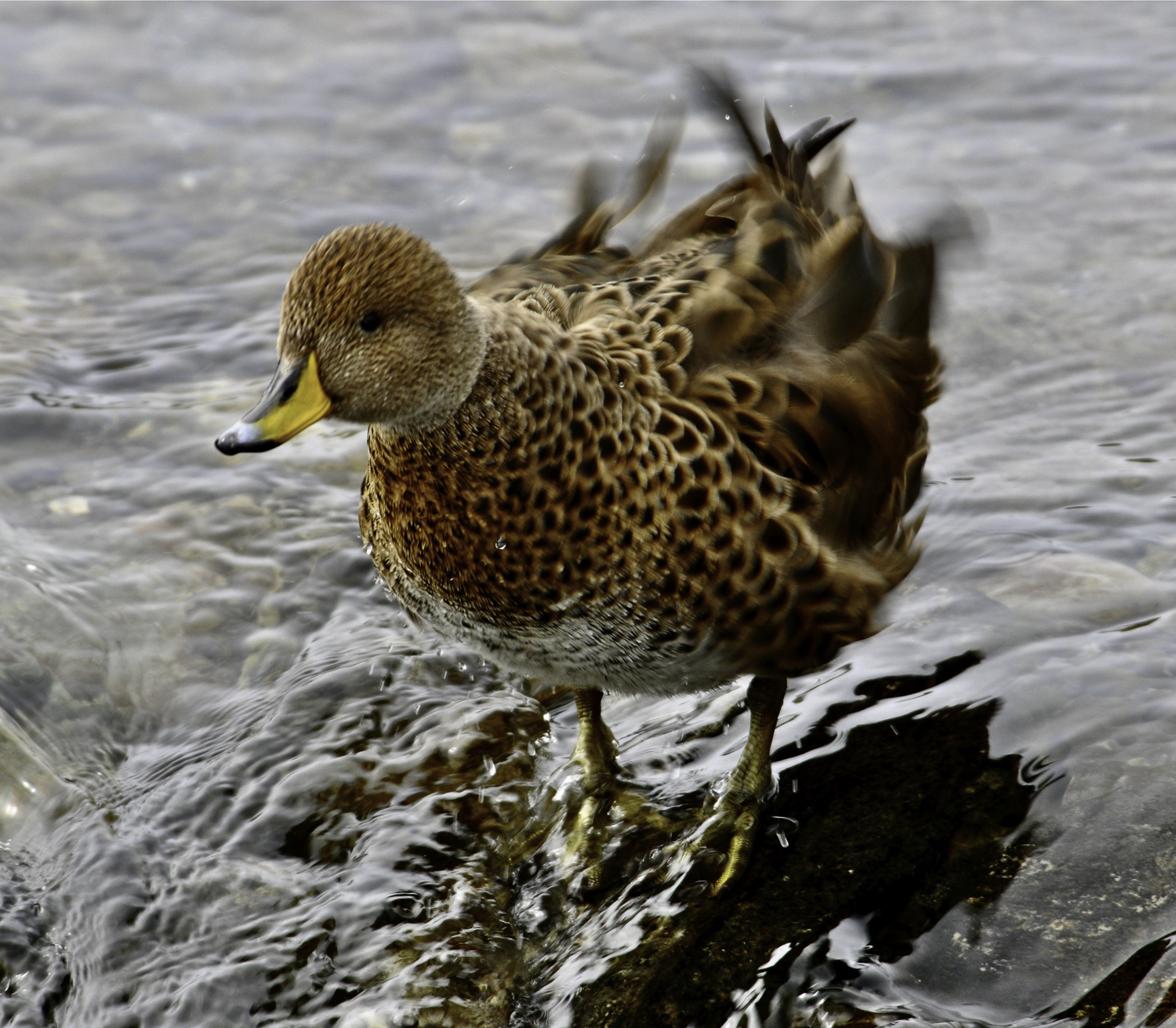