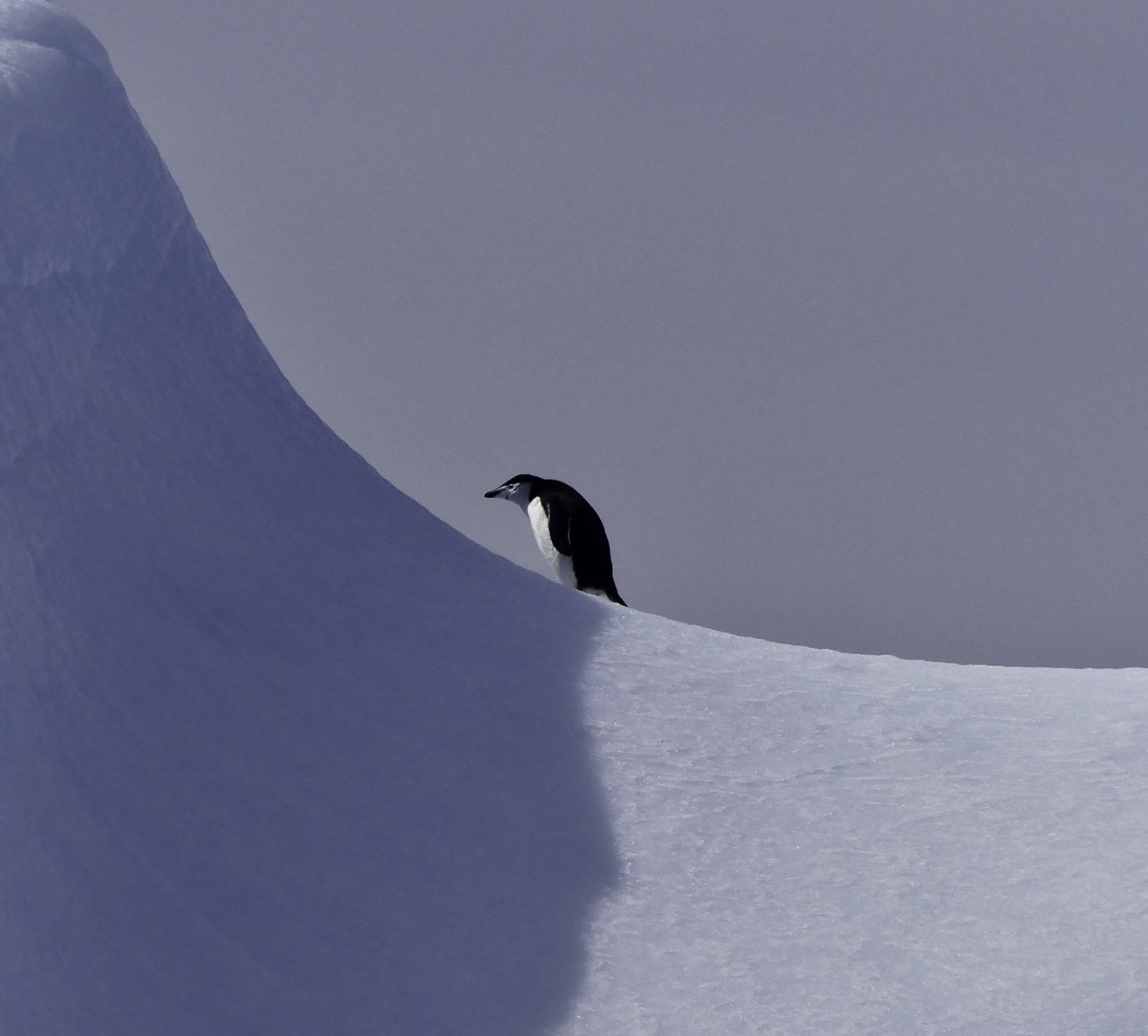 Chinstrap penguins, and their close relatives the Adélie and gentoo penguins, are members of the brush-tailed genus Pygoscelis. The great antiquity and fossil record of penguins has always intrigued me and I’m hoping that one day we’ll discover what flying seabird was the ancestor of the penguin. The oldest fossil penguin is about 55 million years old. The brush-tailed penguins branched off from the common ancestor of penguins about 38 million years ago and diversified into the Adélie penguins about 19 million years ago and the chinstrap and gentoo penguins around 14 million years ago. In contrast to other penguin species, the genus Aptenodytes, which includes the emperor and king penguins, and the 3 brush-tailed penguin species adapted well to the colder conditions that developed in the Antarctic and subantarctic region between 34 million and 25 million years ago. Today, chinstrap penguins breed primarily on the Antarctic Peninsula, as well as on the South Shetland, South Orkney, and South Sandwich Islands. Smaller breeding populations are found on South Georgia, Bouvet, Heeard, and the Balleny Islands.

Chinstraps are krill hunters extraordinaire, darting after the tiny shrimp-like crustaceans that are their primary food source. Penguins catch and swallow their prey whole. Since they have no teeth, they must rely on the backward facing barbs on their tongue to keep the slippery prey (krill, squid or small fish) in their bill. Krill are a crucial component of marine food webs and their total biomass directly or indirectly supports all of the larger animal species in the global ocean.

Antarctic krill (photo #6) need deep water with low acidity and a narrow range of temperatures for their eggs to hatch and develop successfully. Once hatched, the larvae typically feed on algae on the underside of sea ice in the Southern Ocean. Adult krill require suitable temperatures and enough of the right type of food (larger phytoplankton) in order to grow and reproduce. Warming waters are reducing the sea ice and the phytoplankton populations that krill depend on for their own survival. Ocean acidification, a side effect of increasing global carbon emissions, also impacts the ability of krill to reproduce. According to Dr. Kawaguchi, who has been studying krill for 25 years and whose laboratory holds the only research tanks used to breed and study krill, “Higher levels of carbon dioxide in the water mean greater levels of ocean acidification. This interrupts the physiology of krill. It stops the eggs hatching, or the larvae developing.”

Three key features define the life history of chinstrap penguins: (1) their almost total reliance on krill as food; (2) their highly migratory winter behavior; and (3) their pattern of distribution, which is confined mostly to the South American quadrant of the Southern Ocean. The more we learn about the impacts of global warming on krill populations, the longterm consequences of a burgeoning commercial krill fishery, and the expanding footprint of Antarctic tourism, the survival equation for penguins that depend on a healthy Southern Ocean worsens in a changing world.

.Although chinstraps are still classified as species of “Least Concern” on the IUCN Red List, populations of chinstrap and gentoo penguins (photo #7) have gone in two drastically different directions over the past half-century. While gentoo penguin populations have been increasing, particularly along the Antarctic Peninsula, chinstrap penguin populations appear to be in sharp decline. Scientists conducting a chinstrap census along the Antarctic Peninsula discovered drastic declines in many colonies, with some seeing population reductions of up to 77% since they were last surveyed, about 50 years ago. Other researchers found that every single one of the 32 colonies surveyed on Elephant Island, a major chinstrap outpost, had declined. Overall, the island’s total chinstrap population had dropped by more than half, from 122,550 breeding pairs in 1971 to 52,786 in January 2020.  According to Dr. Heather Lynch, who designed the study and is associate professor of ecology & evolution at Stony Brook University, “Such significant declines suggest that the Southern Ocean’s ecosystem is fundamentally changed from 50 years ago, and that the impacts of this are rippling up the food web to species like chinstrap penguins.”

But why has the gentoo penguin not been experiencing the same declines as the chinstrap penguin, a fellow krill consumer? Based on chemical signatures in penguin feathers and eggs, researchers found both gentoo and chinstrap penguins fed primarily on krill during the krill surplus of the mid-1900s, when competing krill-consuming mammals were over-hunted by humans. However, from the late-1900s to present day the stable isotope signatures show that gentoo penguins have adapted their diets away from strictly eating krill to including fish and squid. Meanwhile, the chinstrap penguin continues to feed exclusively on the dwindling krill. Lynch and other researchers suspect that changes in the gentoo’s diet may be behind their recent population successes, with the penguin’s ability to adapt its diet to changes in food availability playing a critical role. Conversely, the chinstrap penguin’s inability to adjust its diet is likely the most direct cause of the current population decline. As this perfect storm of climate change impacts unfolds, we are seeing reduced krill populations worldwide and an ever-widening cascade of challenges for animals that depend on healthy marine ecosystems—including humans. 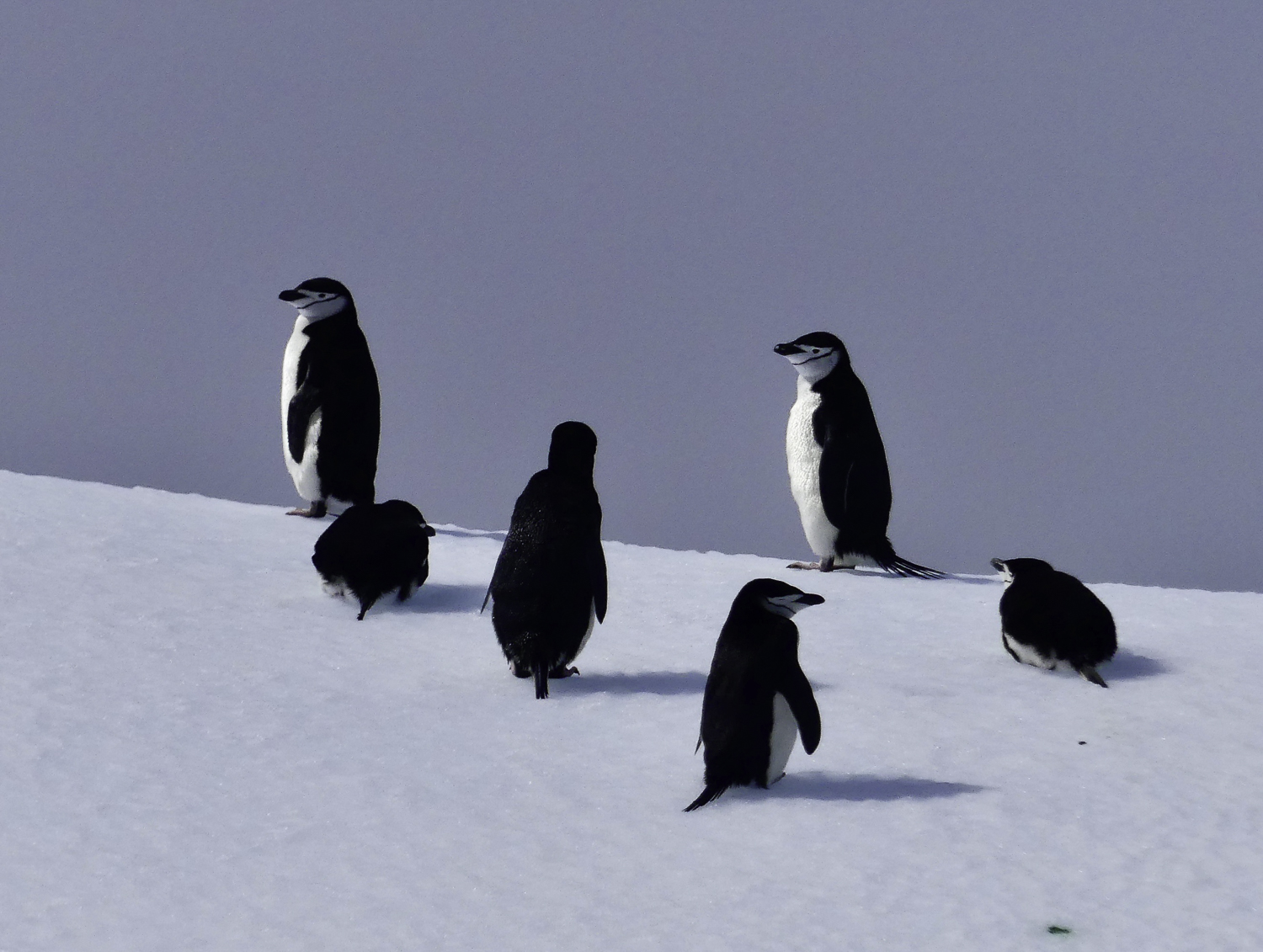 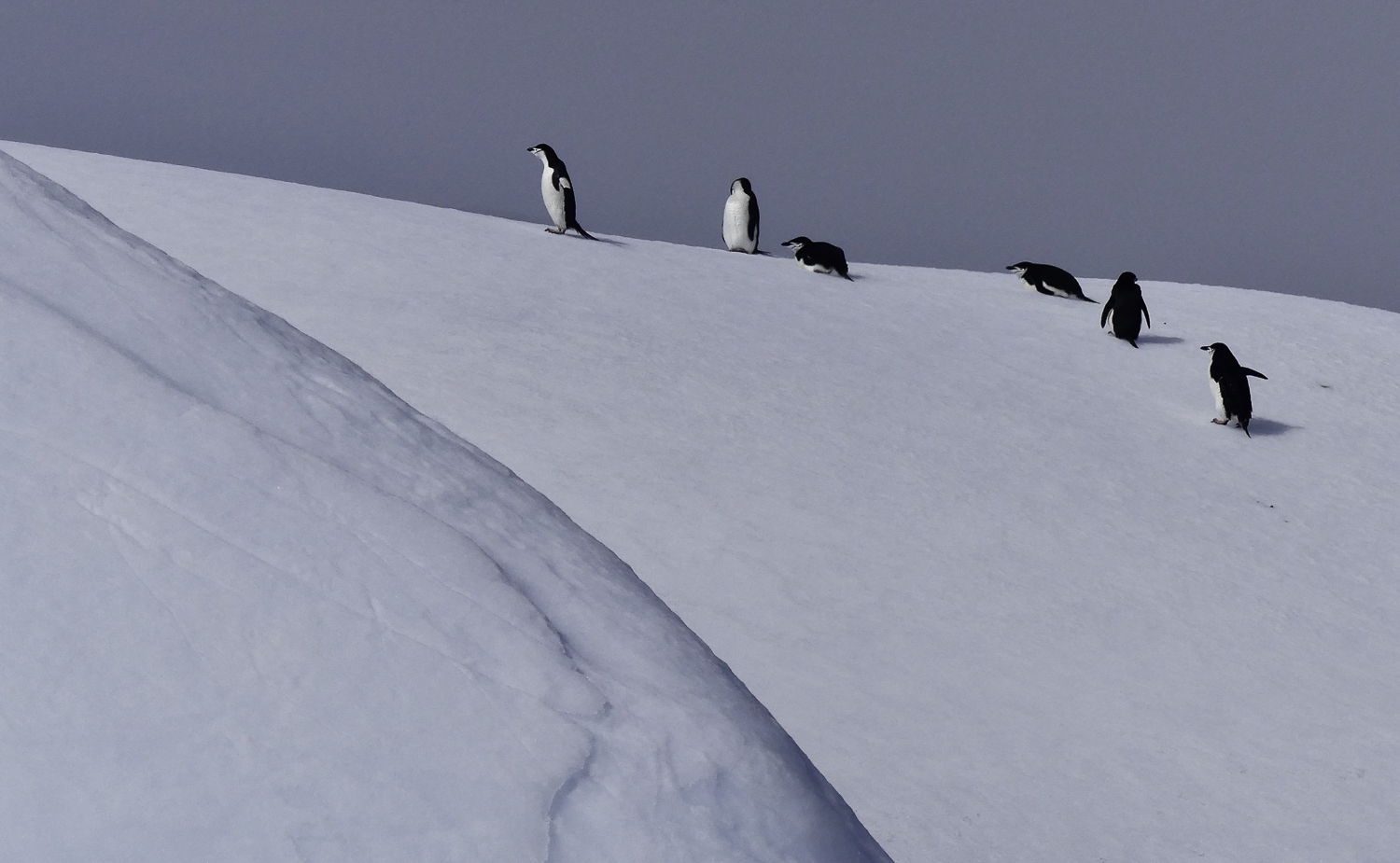 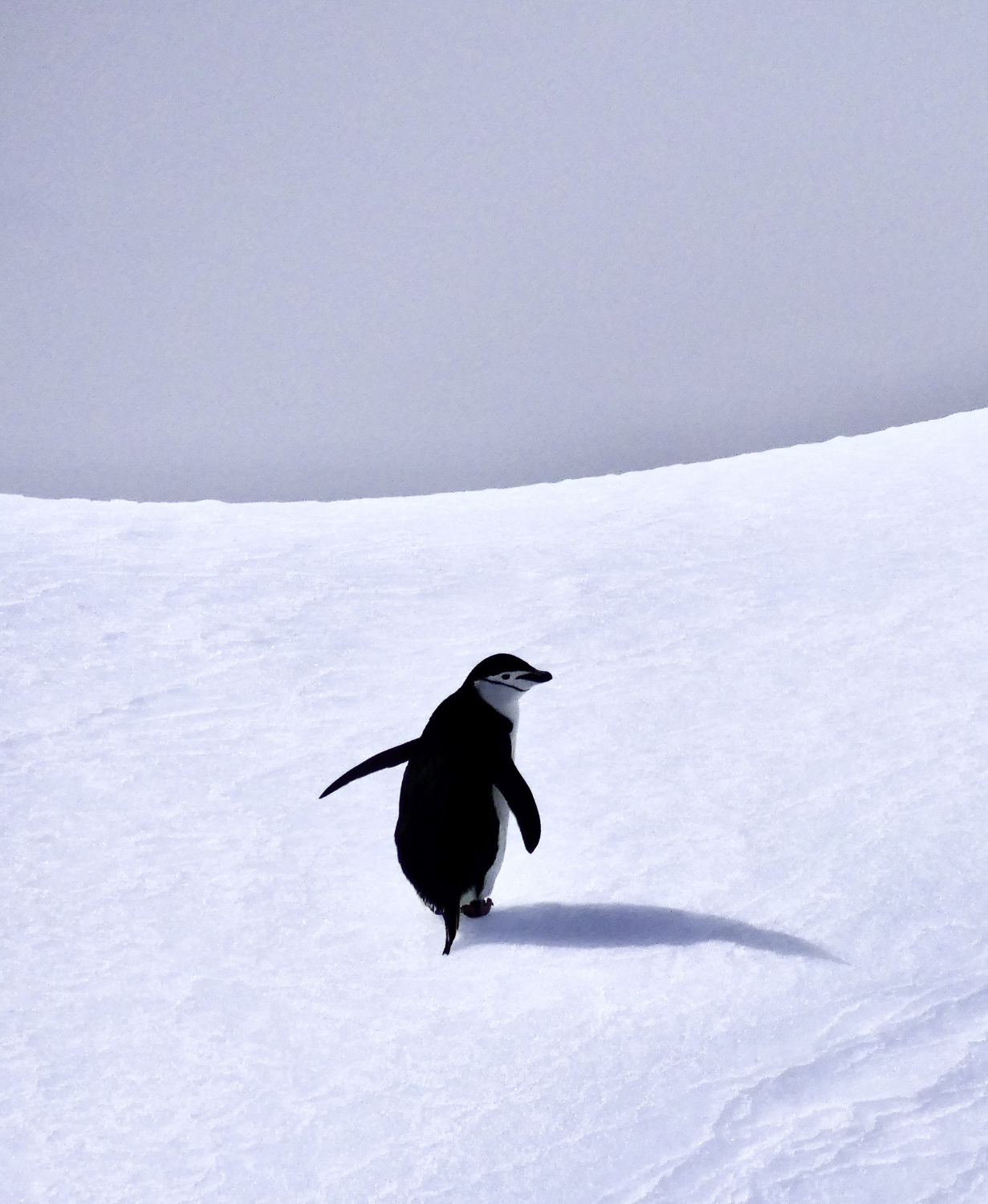 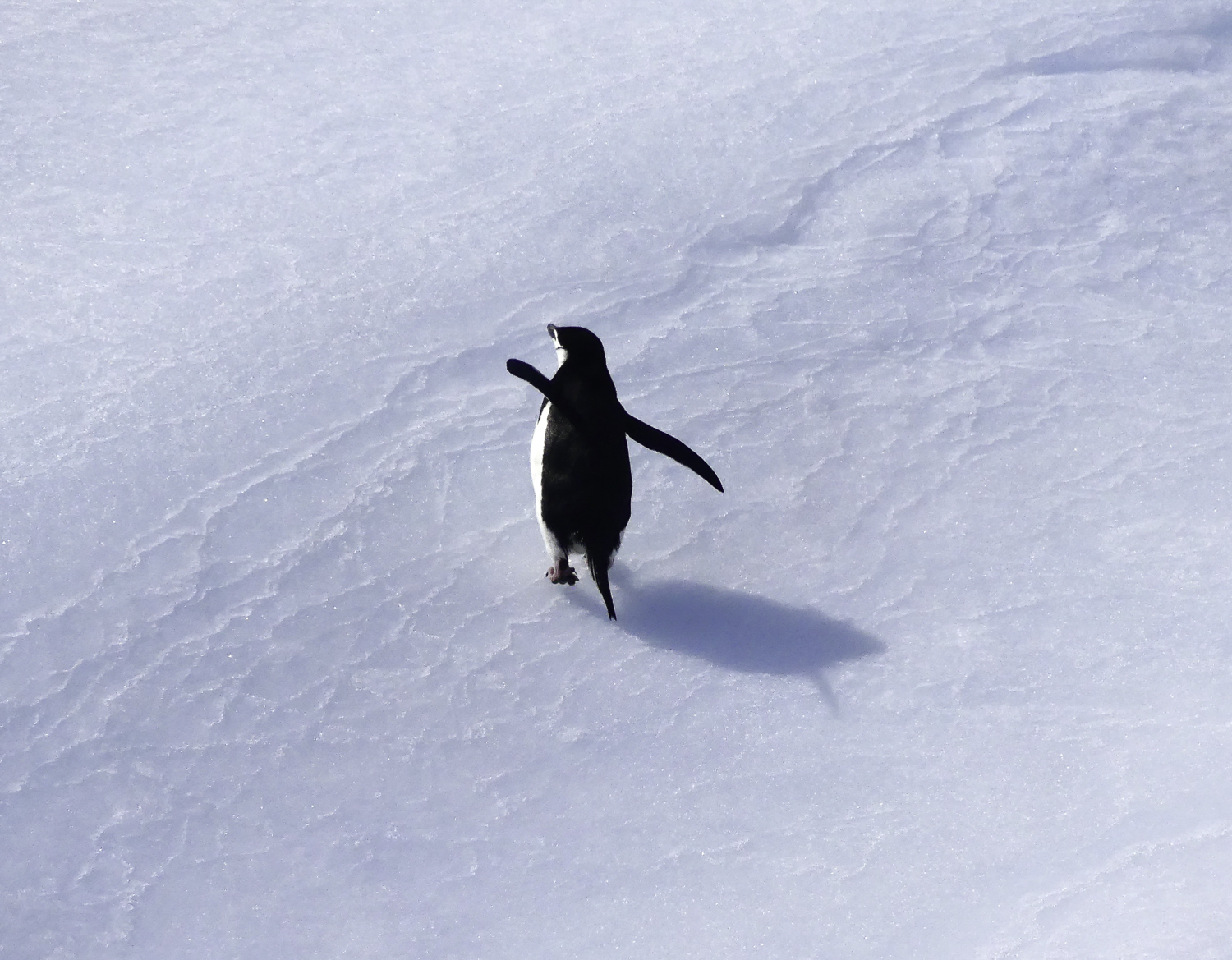 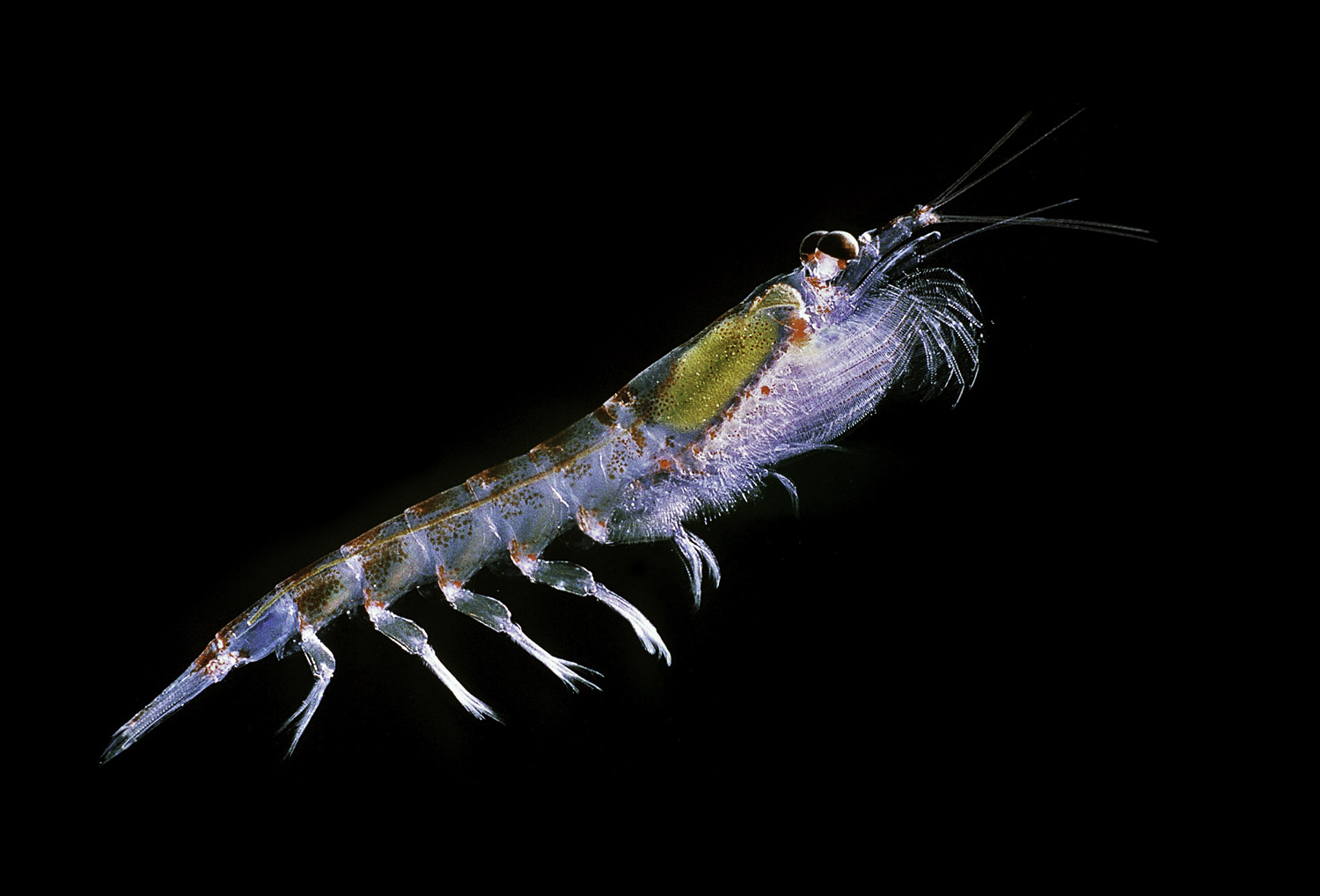 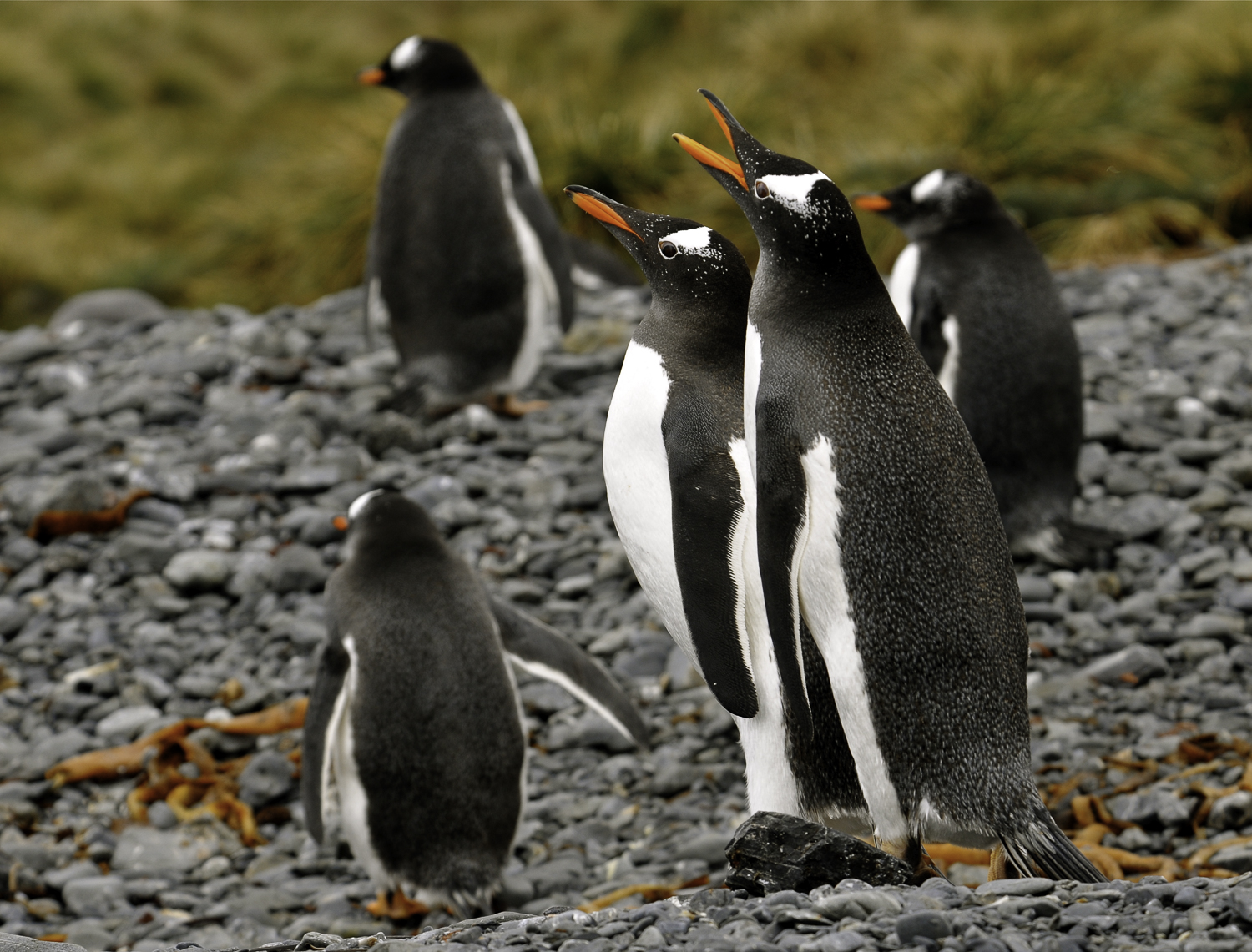