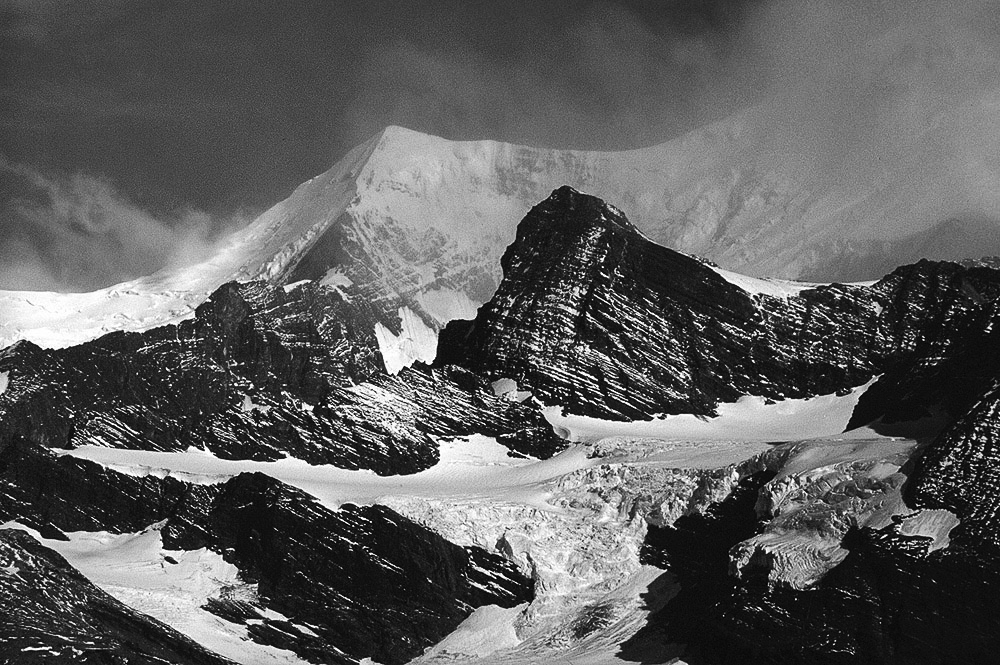 It is impossible to describe the grueling, non-stop 36-hour alpine traverse of South Georgia without turning to the profound power of Shackleton’s own words. Shackleton, Crean and Worsley set off from Peggotty Camp on King Haakon Bay by the light of the full moon and under clear skies on May 19. The men knew that the snow surface conditions were the best they could expect for their crossing of the island’s mountainous spine. Shackleton described it this way: “High peaks, impassable cliffs, steep snow-slopes, and sharply descending glaciers were prominent features in all directions, with stretches of snow-plain over laying the ice-sheet of the interior.” The crevasses were increasing in size and the 3 men roped together for safety as they traversed the glaciers. They plodded on towards a sharp ridge between two of the peaks. “By 11 a.m. we were almost at the crest. The slope had become precipitous and it was necessary to cut steps as we advanced. The adze proved an excellent instrument for this purpose, a blow sufficing to provide a foothold. Anxiously but hopefully I cut the last few steps and stood upon the razor-back, while the other men held the rope and waited for my news. I looked down to a sheer precipice about 1500 ft. below. There was no way down for us.” Shackleton turned the decision over to his men: “Boys, this snow-slope seems to end in a precipice, but perhaps there is no precipice. If we don’t go down we shall have to make a detour of at least five miles before we reach level going. What shall it be?” The men looked back and saw the fog closing in behind them. Night was falling and with no tent or sleeping bags, they knew they had to descend to a lower altitude. “Try the slope” (Crean and Worsley’s response)

So, the men slid down the high angle snow slope in a matter of minutes, losing around 900 feet in the process. At the bottom, they fired up the Primus and had a hot meal to restore their energy and kept on walking, with another full moon lighting their way. In Shackleton’s words: “Along that pathway in the wake of the moon we advanced in safety, with the shadows cast by the edges of crevasses showing black on either side of us. Onwards and upwards through soft snow we marched, resting now and then on hard patches which had revealed themselves by glittering ahead of us in the white light. By midnight we were again at an elevation of about 4000 ft. Still we were following the light, for as the moon swung round towards the north-east, our path curved in that direction. The friendly moon seemed to pilot our weary feet. We could have had no better guide.”

After more than 24 hours of steady hiking, the crevasses told them that they were on yet another glacier, and soon they looked down almost to the seaward edge of a huge glacier. Shackleton again: “I knew there was no glacier in Stromness and realized that this must be Fortuna Glacier. The disappointment was severe. Back we turned and tramped up the glacier again, not directly tracing our steps but working at a tangent to the south-east. We were very tired. A very steep slope led up to the ridge and an icy wind burst through the gap. We went through the gap at 6 a.m. with anxious hearts as well as weary bodies. If the farther slope had proved impassable our situation would have been almost desperate; but the worst was turning to the best for us. The twisted, wave-like rock formations of Husvik Harbour appeared right ahead in the opening of dawn. Without a word we shook hands with one another. To our minds the journey was over, though as a matter of fact twelve miles of difficult country had still to be traversed.”

Shackleton, Worsley and Crean walked into Stromness with only their adze, logbook and Primus. “That was all, except our wet clothes, that we brought out of the Antarctic, which we had entered a year and a half before with well-found ship, full equipment, and high hopes. That was all of tangible things; but in memories we were rich. We had pierced the veneer of outside things. We had “suffered, starved, and triumphed, groveled down yet grasped at glory, grown bigger in the bigness of the whole.” Their beards were long and their hair was matted. They were unwashed and the garments that they had worn for nearly a year without a change were tattered and stained, said Shackleton. Two boys saw them and “ran as fast as their legs would carry them.” An old man saw them and stared “as if he had seen the Devil himself”.

Shackleton described the men’s arrival at the Stromness Whaling Station manager’s office with these words:

Mr. Sorlie, the station manager, responded to my knock on the door and said,”Well?”
“Don’t you know me?” I said.
“I know your voice,” he replied doubtfully. “You’re the mate of the Daisy.” (Daisy was the last of the American open boat whalers, it had visited in 1913)
“My name is Shackleton,” I said.
Immediately Sorlie put out his hand and said,
“Come in. Come in.”

Always the English gentleman, Shackleton apologized to the station manager for their woeful appearance and obvious lack of personal hygiene. Worsley commented in his diary they they looked like “a terrible trio of scarecrows.”Once again, Shackleton and his men had achieved the impossible. A relief ship was immediately sent to pick up McNish, Vincent and McCarthy on the other side of the island. With the James Caird rescue team finally reunited, Shackleton started to organize the rescue of the 22 men, still stranded on Elephant Island.

Photo Captions:
#1: The dramatic alpine traverse route at South Georgia.
#2: A map of the rescue voyages, starting with the James Caird from Elephant Island to South Georgia and the three attempts to reach Elephant Island that were turned back by heavy sea-ice before the successful fourth attempt by the Chilean tug “Yelcho.”
#3: Our attempt to hike a few miles of Shackleton’s route from King Haakon Bay to Stromness in 2009 gave us a taste of what he and his men experienced and we were forced to turn back by a wind-driven October snowstorm.
#4: The rusting remains of the Stromness whaling station in late November of 2018. 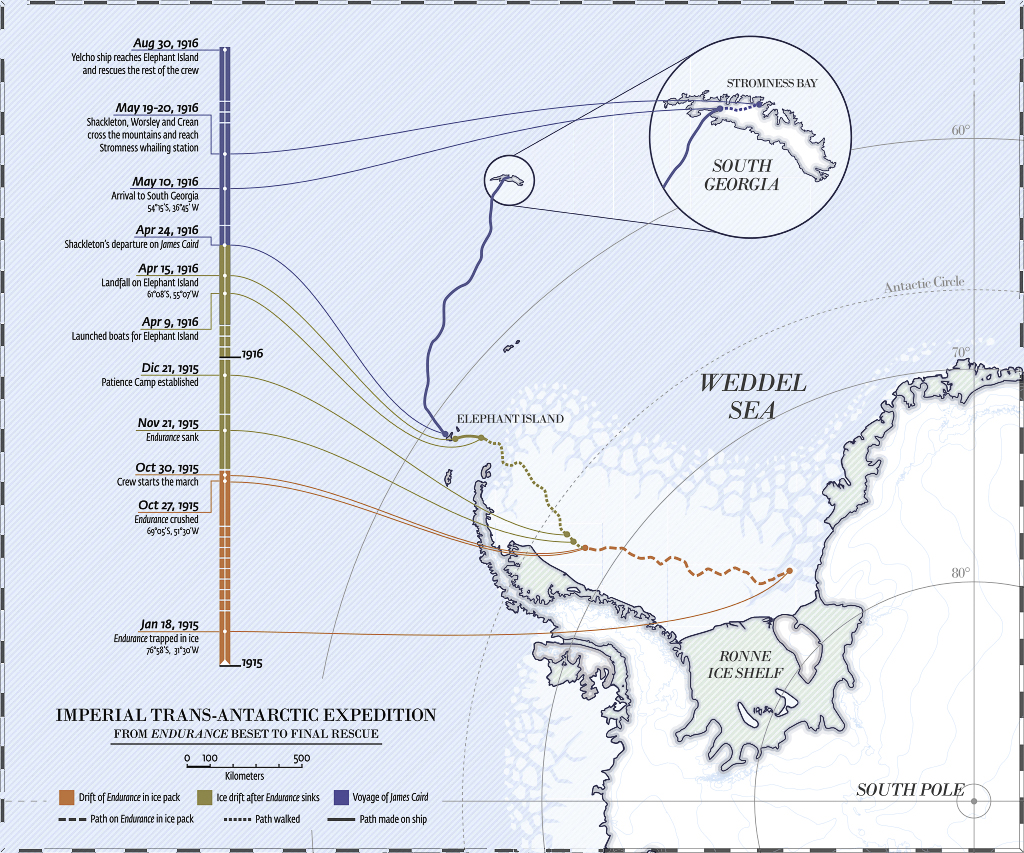 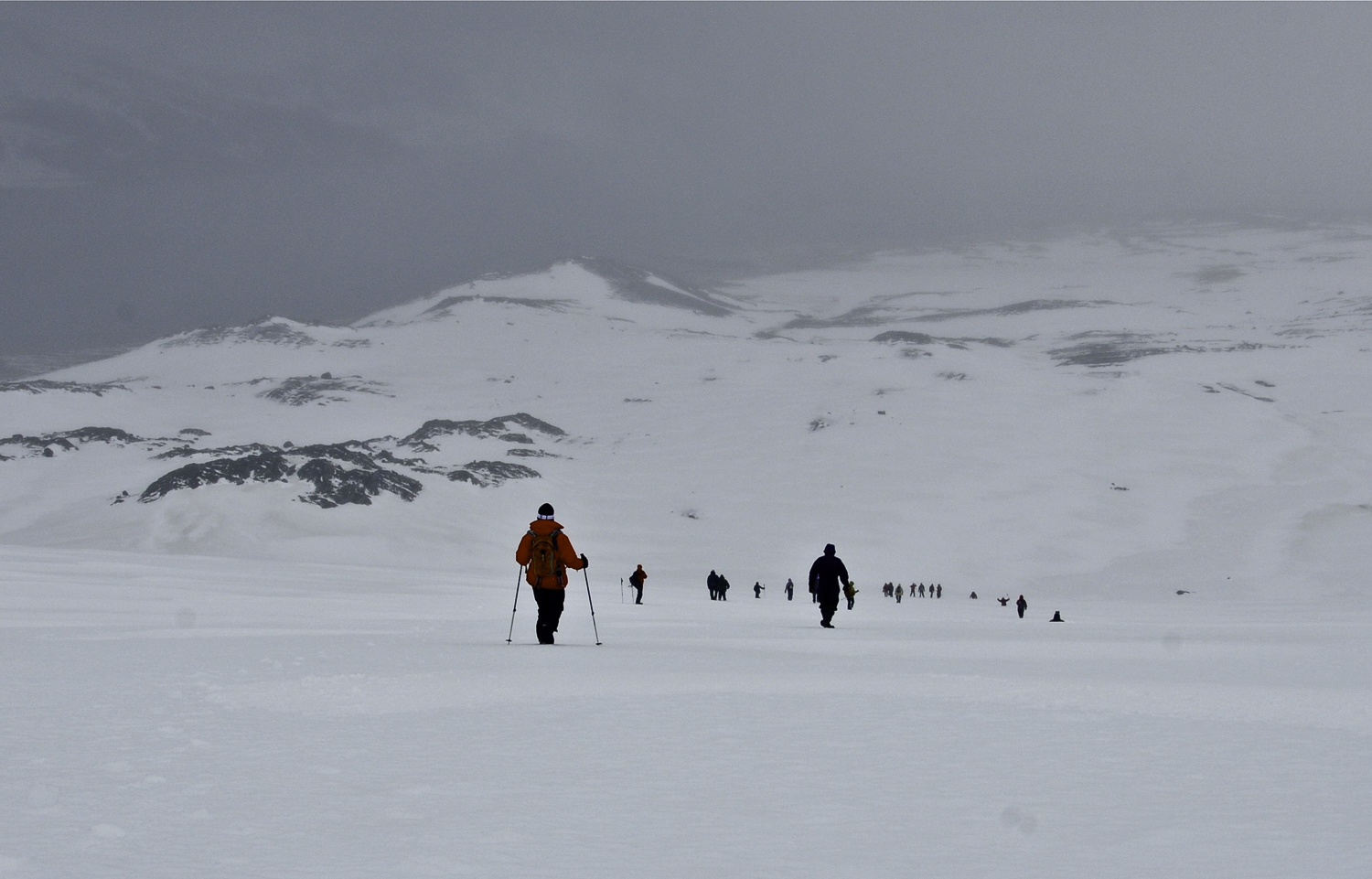 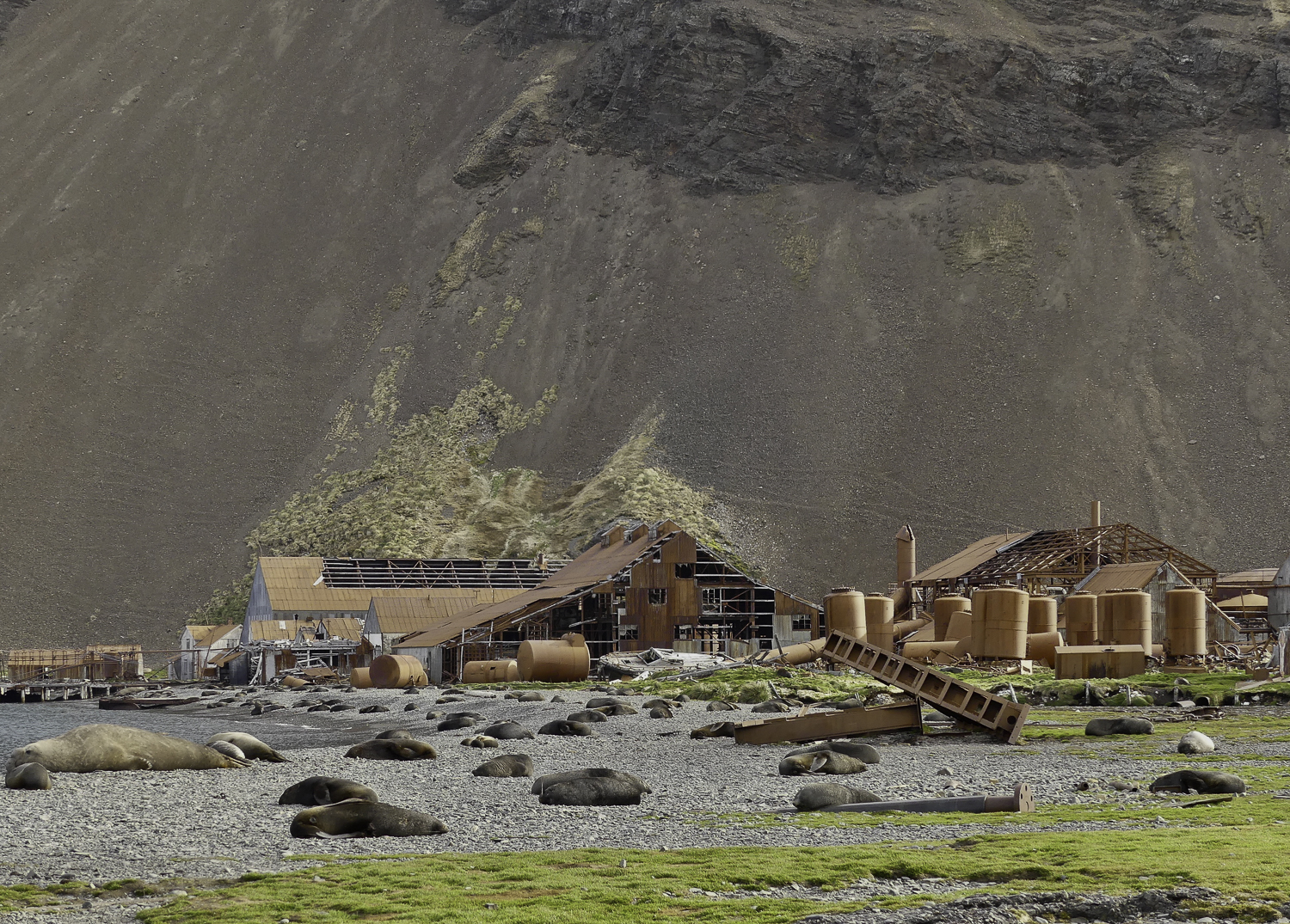