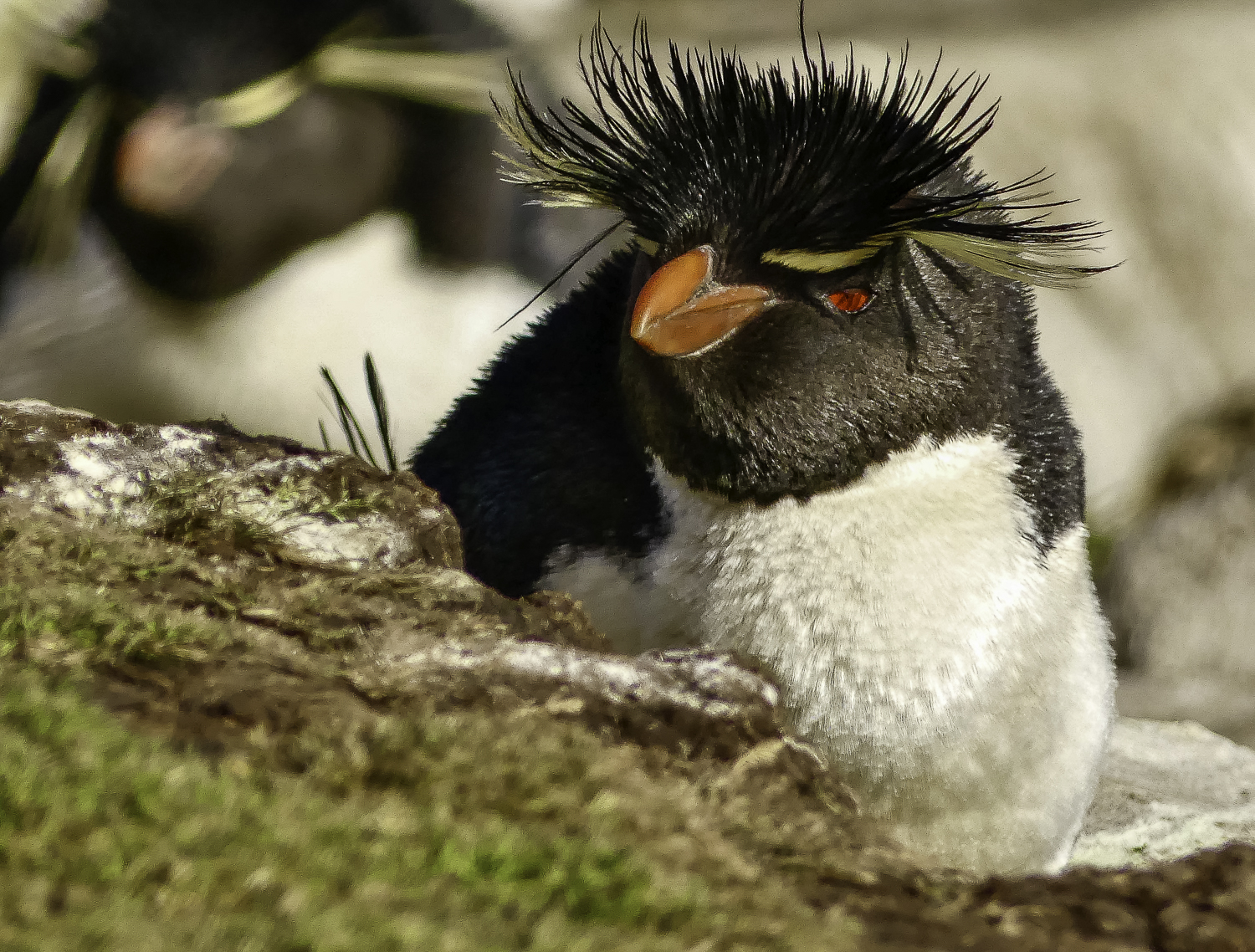 The stunning diversity of animal species that Charles Darwin observed during his five year voyage aboard the HMS Beagle provided the research inspiration for his theory of evolution by natural selection, which he presented in 1859 in his now-famous book “On the Origin of Species.” At the heart of Darwin’s theory was the revolutionary assertion that natural selection can lead to speciation, where one species gives rise to a new and distinctly different species—in nature and without human or divine intervention. Although Darwin observed and described numerous examples of anatomical, physiological and behavioral adaptations that could be explained by natural selection, he could only guess at the biological mechanisms involved. Darwin and the other scientists of his day did not know that genes existed, but they had observed that many traits are inheritable—passed on from parent to offspring. Our modern understanding of the biological mechanisms involved in natural selection would become part of mainstream science nearly 100 years after Darwin first proposed his theory. His groundbreaking research set the stage for a new field of scientific inquiry—evolutionary biology.

Darwin’s “theory” is now an established fact, supported by evidence from multiple scientific disciplines, including paleontology, geology, genetics, and developmental biology. The discovery of how genes encode different biological or behavioral traits, and how genes are passed down through generations have allowed scientists to track the evolutionary history of both animals and plants over millions of years. The physical and behavioral changes that make natural selection possible happen at the level of DNA and genes. These are the raw materials on which evolution acts.

Mutations are changes in the structure of the DNA molecules that make up genes. These mutations can be random (for example, when replicating cells make an error while copying DNA), or happen as a result of exposure to something in the environment, like harmful chemicals or radiation.The mutation of genes is an important source of genetic variation within a population. Mutations can be harmful, neutral, or sometimes helpful, resulting in a new and advantageous trait. When mutations occur in germ cells (eggs and sperm), they can be passed on to offspring. In this way, natural selection guides the evolutionary process, preserving and adding up the beneficial mutations and rejecting the “bad” ones. Mutations are random, but selection for them is not.

Color is one of the most important of all adaptive traits, and plays a role in social communication, camouflaging animals from predators or prey, attracting mates by advertising fitness, conveying juvenile versus breeding status, mimicry, thermoregulation and/or protection against damaging radiation. Countershading is one of the most common coloration patterns in the animal world. Among seabird groups as diverse as penguins, albatrosses, petrels, shearwaters, alcids and cormorants, the countershading is nearly ubiquitous.

The tuxedo-like pattern of modern penguins is a classic example of countershading coloration, in which the dorsal body surface (topside facing the sun) is darker in color and the ventral surface (underside facing away from the sun) is lighter. It has long been thought that the dark upper parts help obscure the penguin when viewed from above the dark seafloor, and the light underparts obscure it when it is viewed from below against the light filtering in through the water. Several theories, in addition to camouflage protection from predators, have also been proposed for the evolution of countershading, including thermoregulation and protection from ultraviolet light. Penguins must cope with harsh environmental conditions on land and in the sea, and it would not be at all surprising if countershading conveyed protection in multiple ways.

Countershading fulfills the penguin’s need for camouflage, while small splashes of color handle sexual and species signaling. Top-condition plumage signals fitness to potential mates. The crisply-defined black-and white pattern, however, makes them highly visible on land, especially on ice or snow. Sacrificing obscurity on land for camouflage while in the water makes sense for penguins. Since they do all of their hunting underwater, and the predators they fear most are sharks, leopard seals, and orcas, it also makes survival sense. Despite their countershading coloration, adult penguins see land as “safe,” which is where they molt and nest and have few land-based predators.

Research has revealed that penguins use a surprising array of mechanisms to create color in their beaks and feathers, and paleontologists have recently started piecing together the plumage patterns of fossil penguins. “Accessorizing” the basic black tuxedo takes place through a wonderful, startling variety of mechanisms that reveal the intricate process of evolution. Golden feathers, such as the regal plumage patterning of the king penguin, come at a cost—in energy and increased risk of predation. With this ePostcard, I have merely skimmed the surface of the evolution of countershading and penguin colors, with ongoing research revealing a treasure trove of new data for understanding avian color evolution. 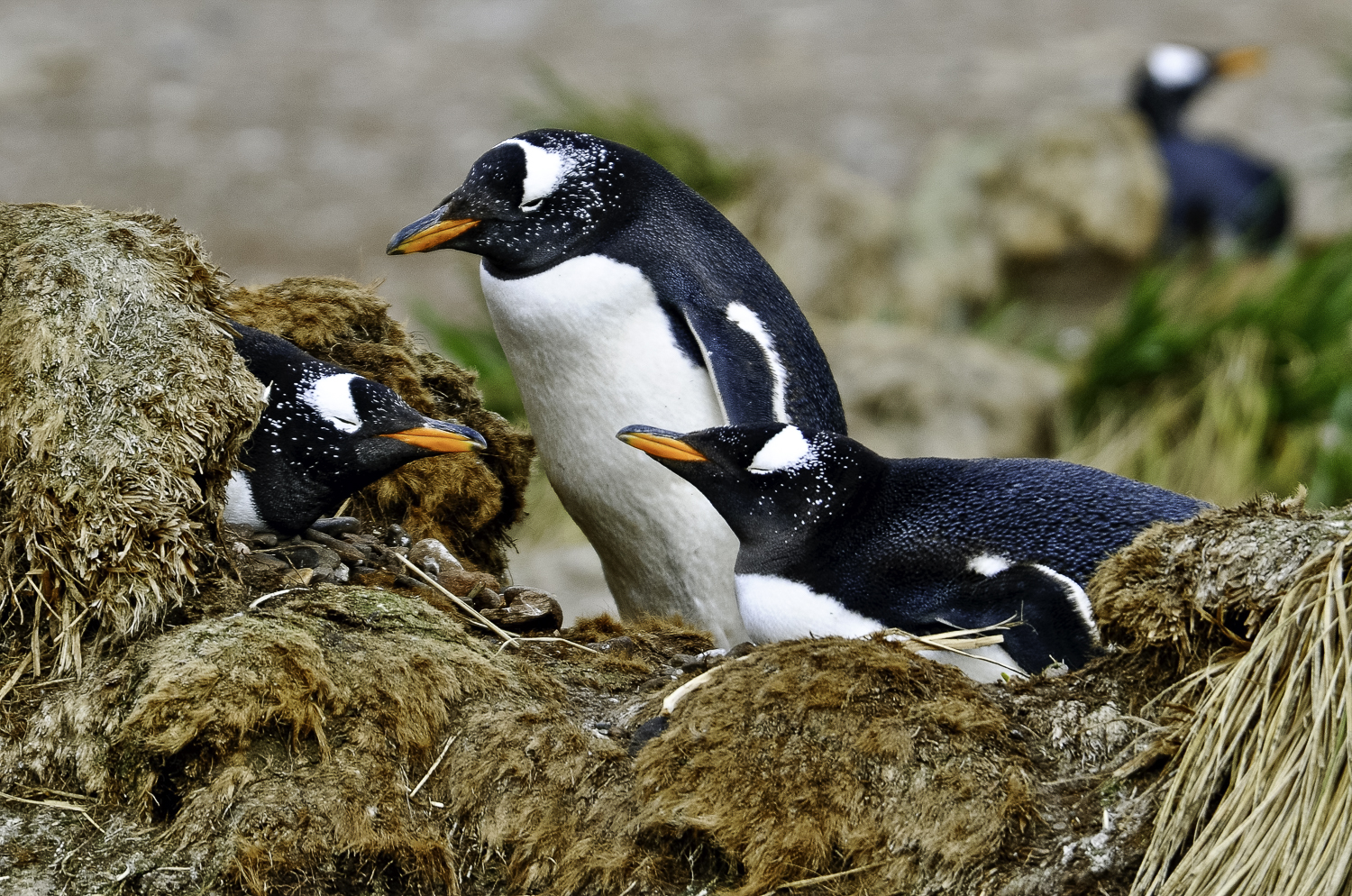 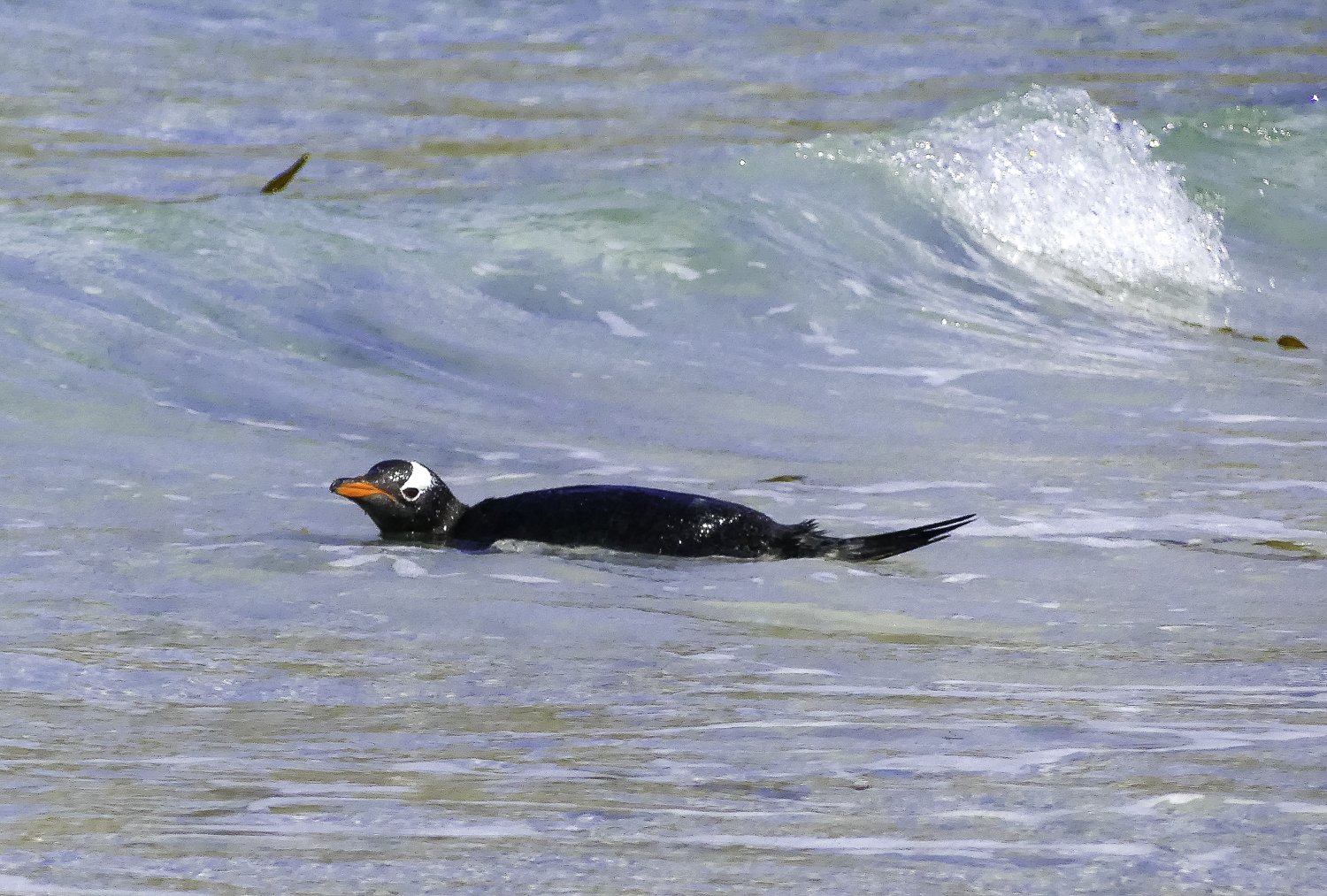 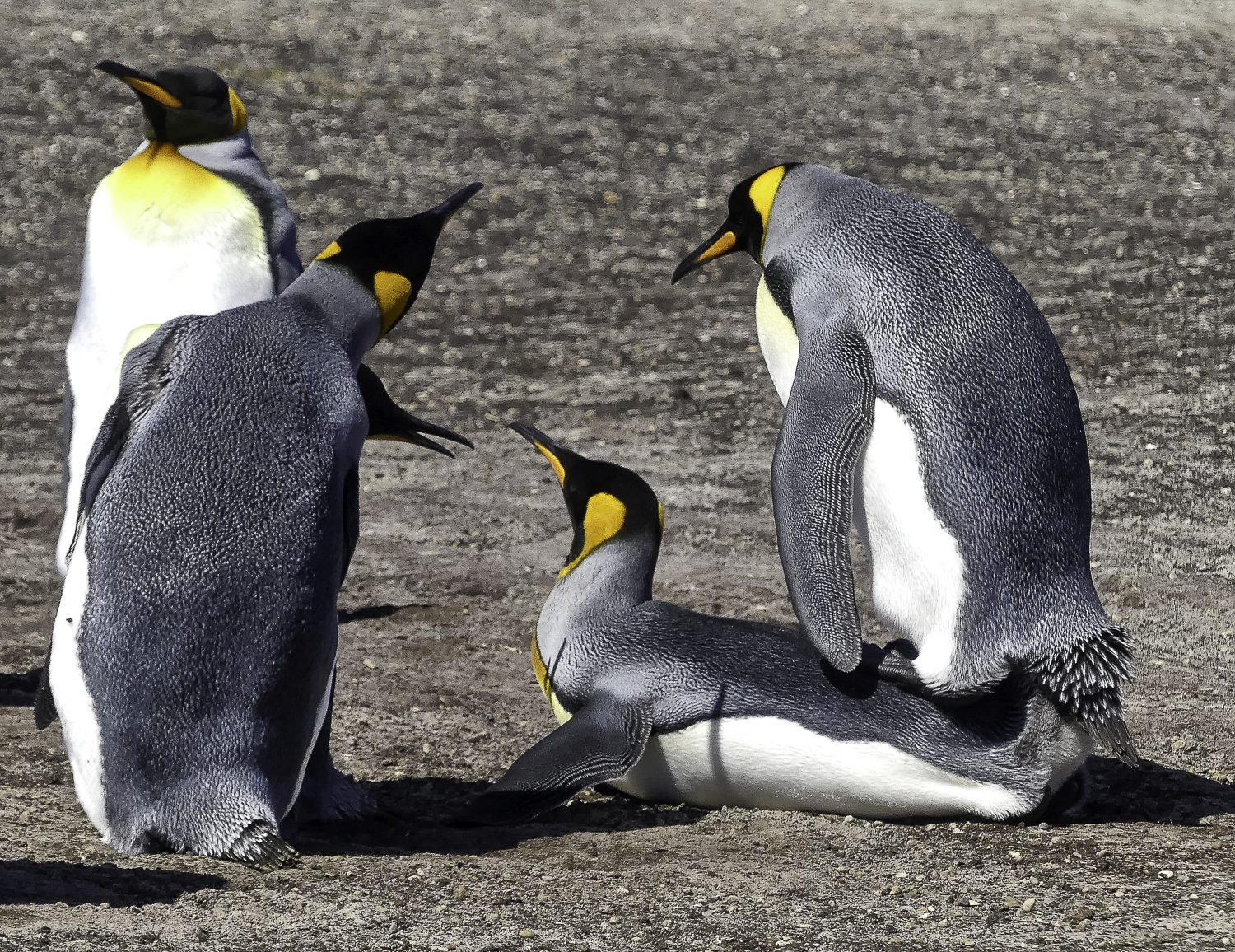